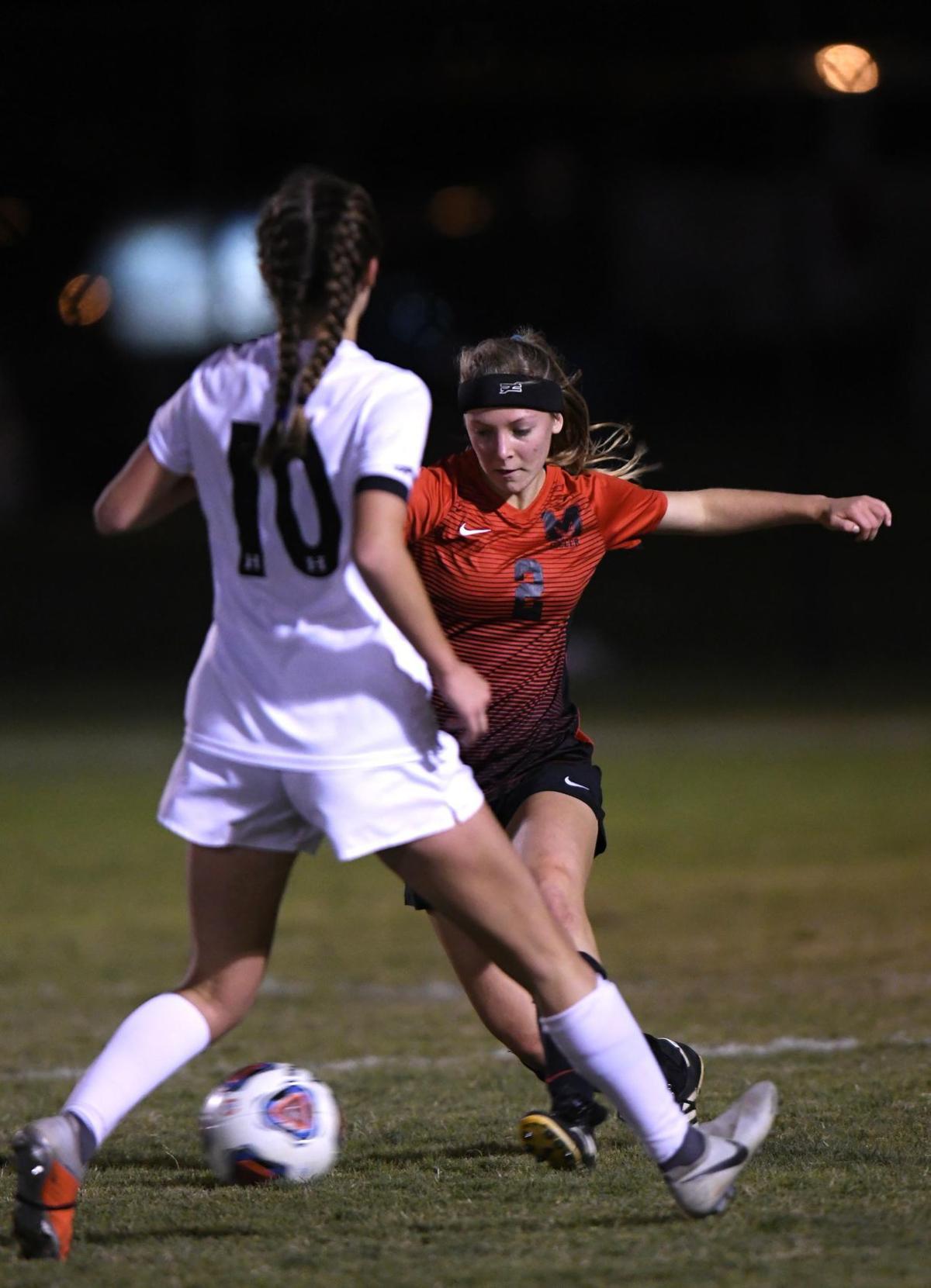 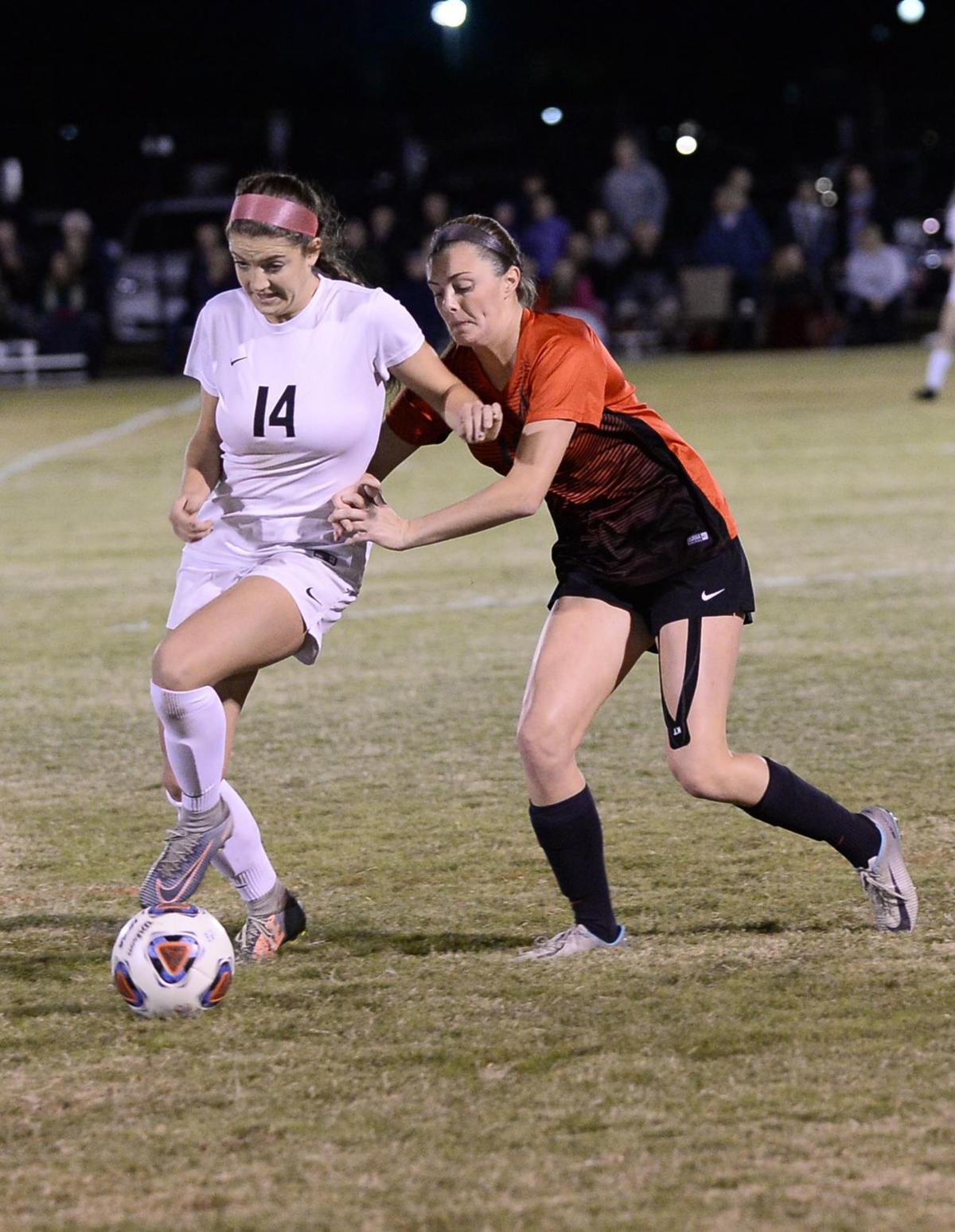 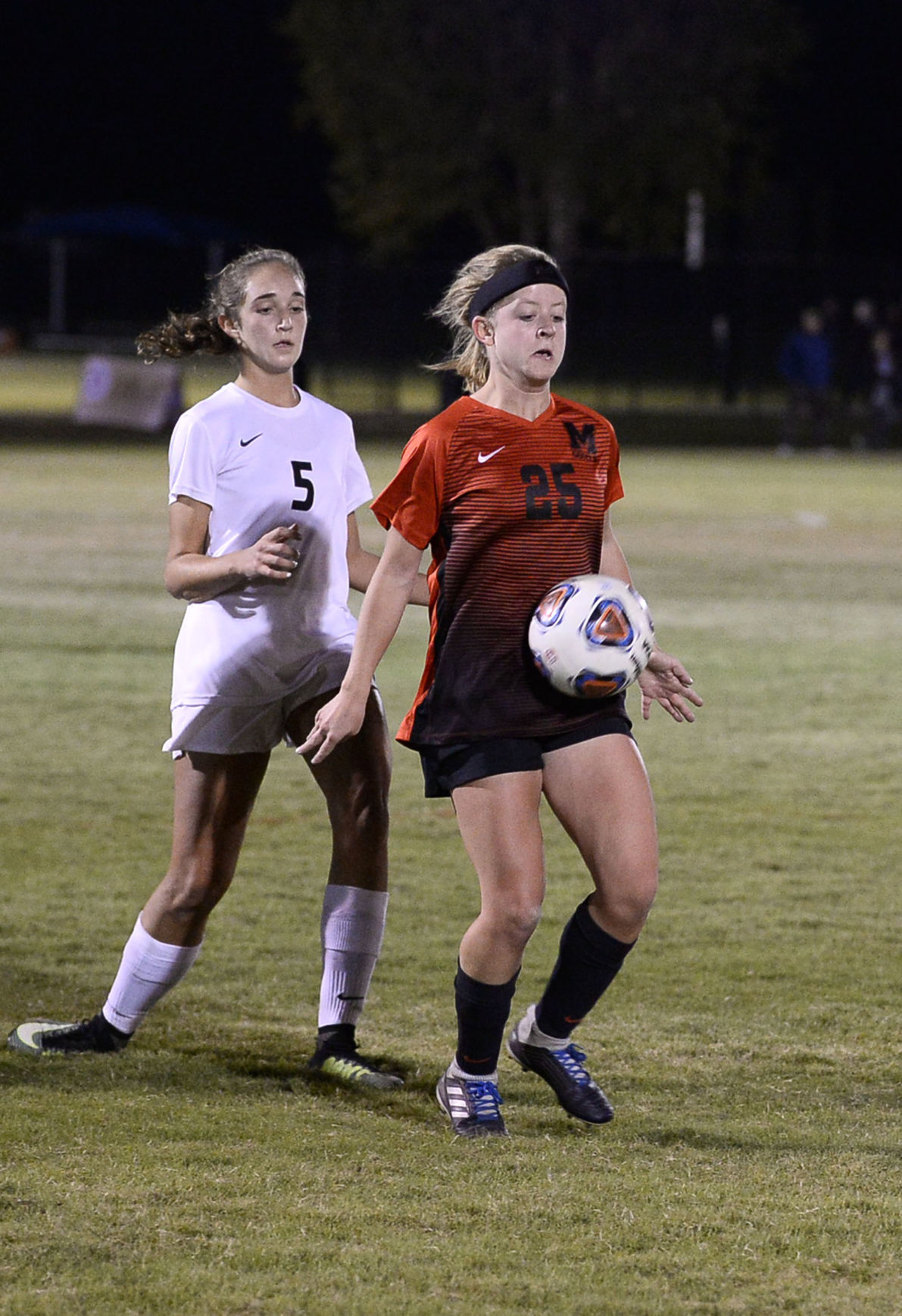 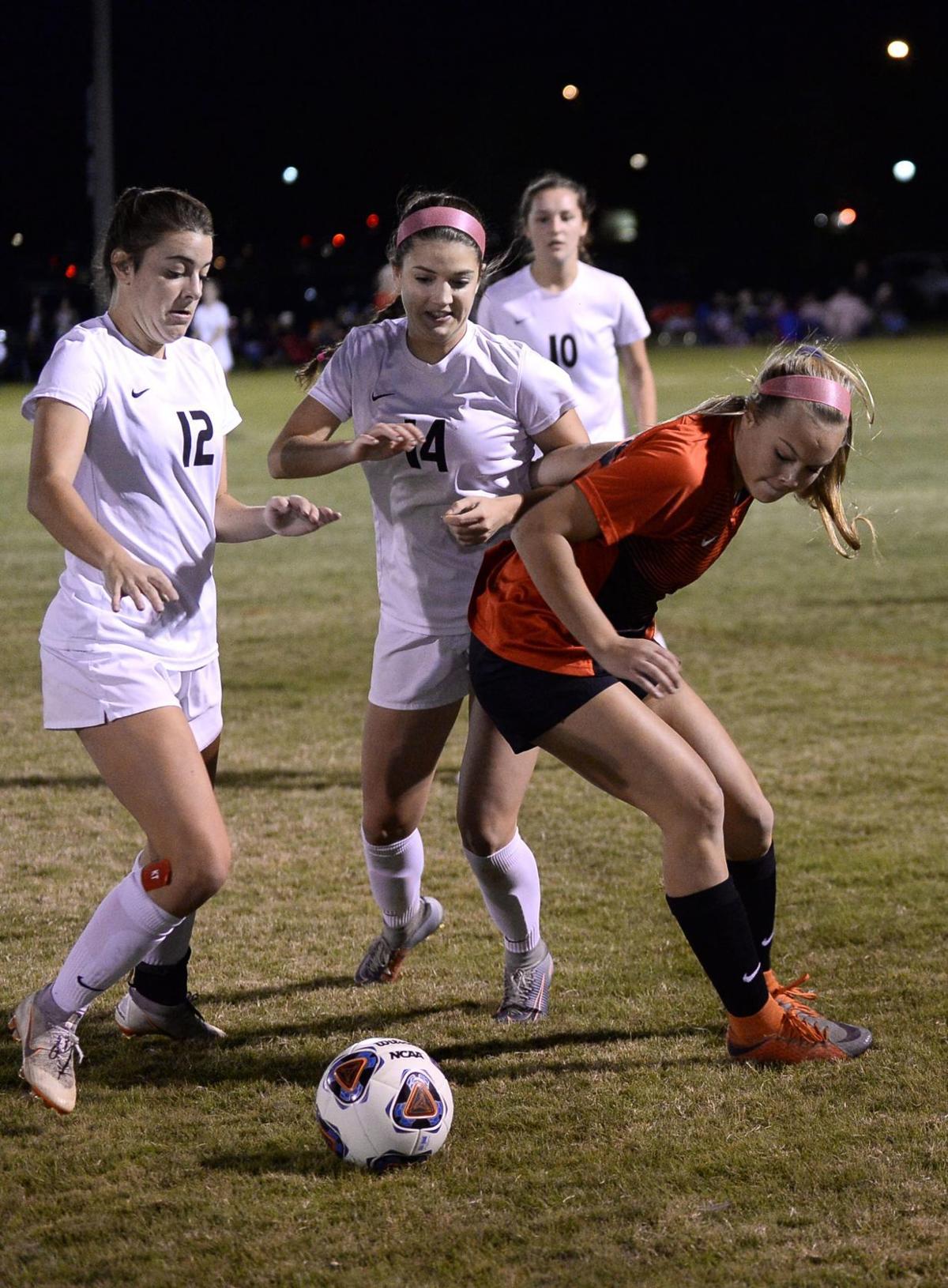 MURFREESBORO — One of the greatest seasons in Maryville girls’ soccer history ended on Wednesday night. Fittingly, it took one of the nation’s greatest teams to do it.

Maryville conceded a goal midway through the second half en route to a 1-0 loss to powerful Houston in the first round of the Class AAA state tournament at the Siegel Soccer Complex.

The Lady Rebels (19-2-3) are ranked No. 27 in the nation according to TopDrawer Soccer.

In most cases that would mean they have a great chance of advancing.

On Wednesday, however, they faced the No. 17-ranked team.

Houston (19-2) looked every bit that good in the second half as it sucked the life out of Maryville’s attack with a high line and suffocating pressure.

“Hats off to Houston,” Maryville coach Steve Feather said. “I thought they deserved to win tonight. Hats off to our girls for the season that they’ve had and for fighting until the final minute against a juggernaut.”

The Lady Mustangs lived in Maryville’s defensive half after halftime.

Maryville goalkeeper Grayson Patterson made six saves during that time, and defenders Abbey Kolarik and Rachel Reid each saved a shot off the line.

Houston finally broke through with 16 minutes remaining when a crossing pass to the top of the penalty area found Jenna Kemp. One of her teammates made a dummy run toward the ball, which forced a Maryville player to follow her.

That created enough space for Kemp, an Ole Miss pledge, to take one touch to her right and then let loose of a high shot that beat Patterson just under the cross bar.

The goal always seemed to be coming because every time Maryville gained possession in its defensive third and tried to clear it, Houston was there to win the first ball or second ball. Most of the Lady Rebels’ passes in the second half were more hopeful than confident.

The Lady Mustangs displayed the calmness and confidence of a talented team with a perfect idea of what to do. They leaned on the Lady Rebels until they finally broke.

“It was definitely a battle in the defensive end,” Reid said. “There was a lot of pressure. It was harder since they had the run of play to get it to our forwards. We still fought through it.”

Houston was on the front foot in the early going, but Maryville turned it around into a more even game toward the middle part of the first half.

The Lady Rebels’ best chance came in the 17th minute when senior winger Grace Oliver beat the right back and sprinted into the left side of the penalty area. Oliver had space to shoot anywhere, and she picked out the far post with low, hard shot.

Houston goalkeeper Gabrielle Dawe sprawled to make the save, keeping the game scoreless.

Maryville’s only regular season loss came to Houston, 3-1, in September. In that game, the Lady Rebels had a different strategy. They tried to possess the ball with shorter passes. On Wednesday, they used big diagonal balls forward. It worked better, but only for the a half.

“We didn’t think we wanted to sit back against them,” Feather said. “We proved that that was hopefully the right strategy because I thought the first half was pretty even. The second half, we ran out of gas. That’ll happen when you have girls running at you like that.”

Wednesday’s loss ends the greatest four-year run in Maryville history. Seniors Oliver, Reid, Kolarik, Emma Rice and Jade Seery guided the team to the state tournament in 2015 and 2016 before losing in the regional semifinals last year.

This season they were hungry to get back to the big stage and even spoke before the season about how that was the only ending they would accept. As the season got deeper and they got better, the Lady Rebels began to entertain hopes that they could win the title.

They didn’t do that, but that doesn’t mean they left 2018 empty-handed.

“We thought we peaked in our freshmen and sophomore years,” Reid said. “The fact that we made it back to state and came that close to a team like that, I’m so proud of our senior group and our whole team.”