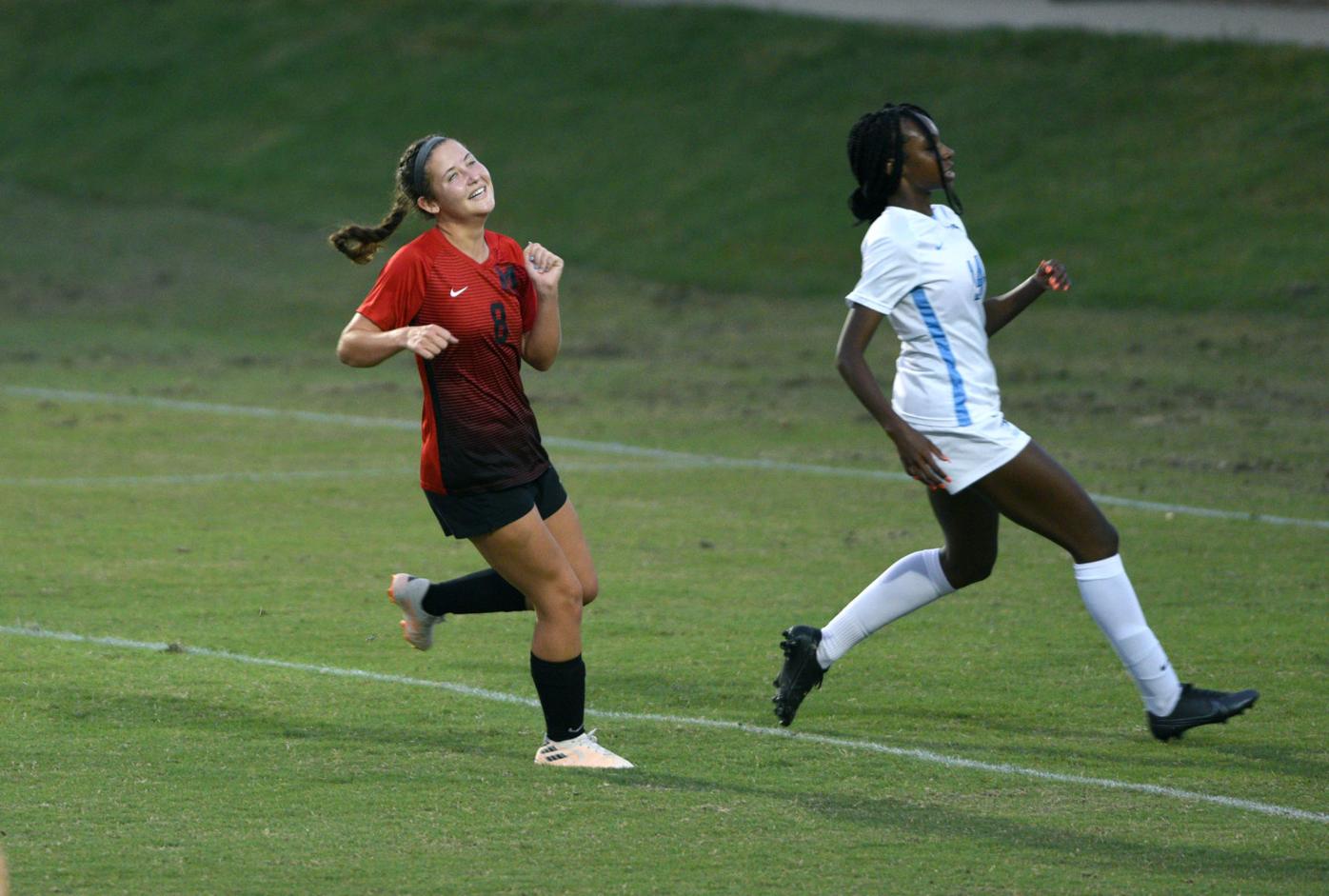 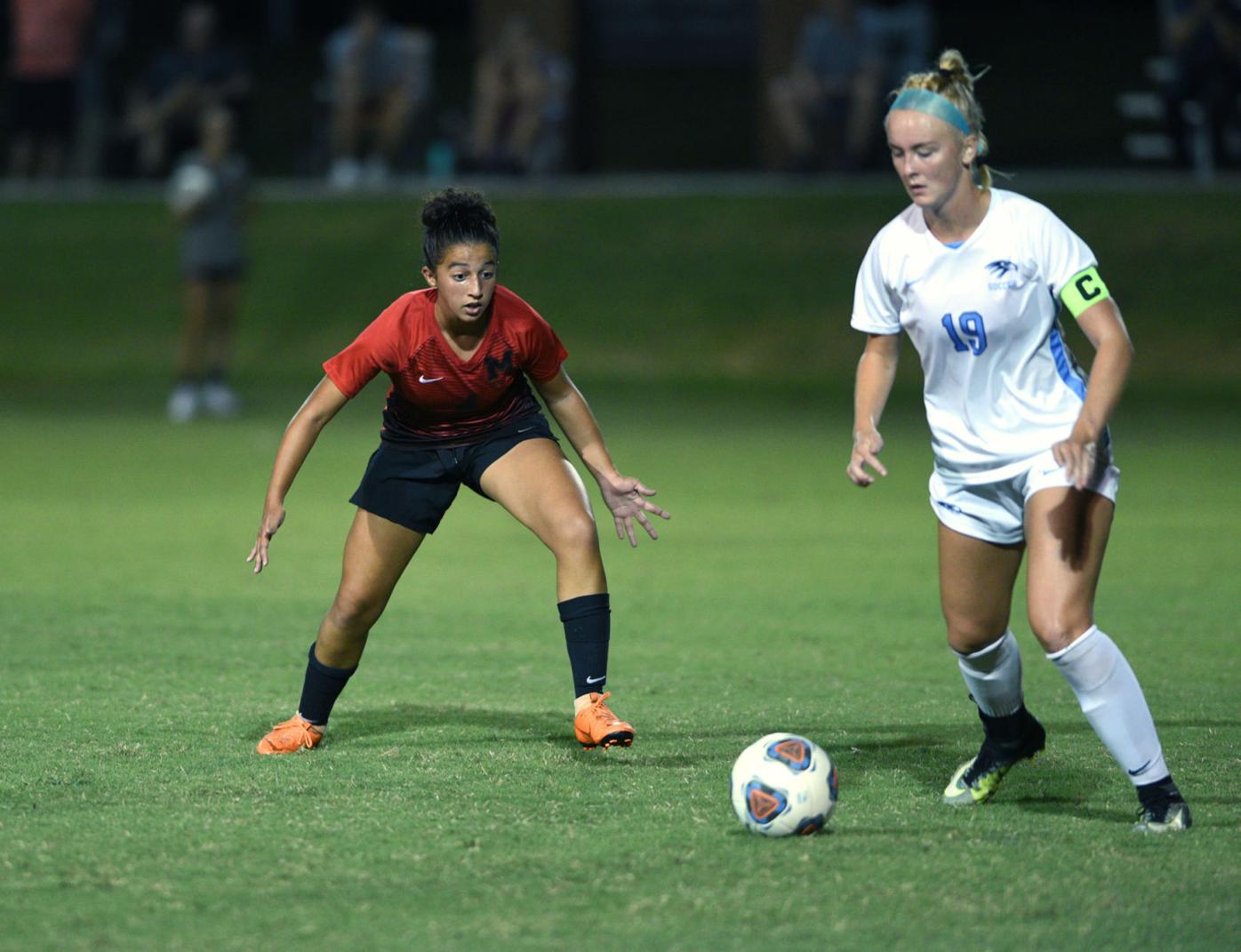 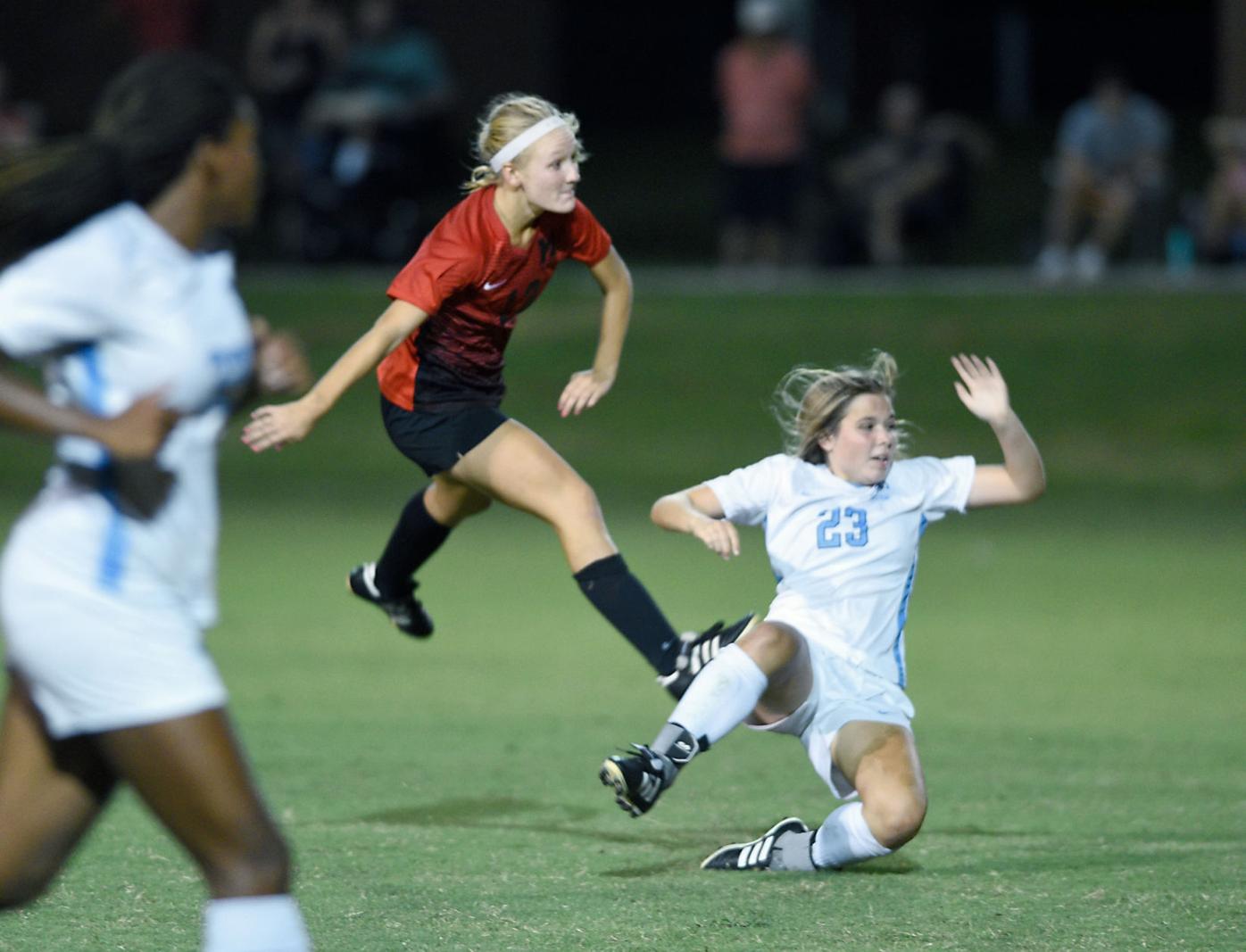 Maryville has had every reason to throw in the towel this season.

The Lady Rebels lost one of their top defenders, senior Ella Funderburk, before the campaign even began, and that was just the start. Injuries and COVID have forced countless Maryville players out of the lineup, and yet, the Lady Rebels have kept inching closer to the elite standard the program has set in recent years.

Maryville looked every bit like a team that can reach the Class AAA state tournament for the sixth time in seven years in a 2-1 victory over Hardin Valley on Thursday at the Kerr Family Soccer Complex.

“It would be very easy for us to say that this year is just bad luck, but I think a good team makes their own luck,” Maryville coach Steve Feather told The Daily Times. “I think tonight we proved we’re a good team and we’re not going to let setbacks define our season.”

The most recent setback Maryville (8-3-2) was dealt appeared to be the most critical one to date with junior winger Kayla Barr forced to sit out with an illness, but the Lady Rebels seemed unfazed by the absence of the reigning Daily Times Girls Soccer Player of the Year.

Two days after a 0-0 tie with Farragut that made a winning result with Hardin Valley (3-2-4) pivotal in regards to District 4-AAA tournament seeding, Iasmi Siopsis stepped up. The sophomore forward got on the receiving end of a cross from senior Lily Robinette and scored in the 10th minute to give Maryville an early advantage.

Robinette proceeded to dominate the rest of the half, as well as the opening minutes of the second period, torturing the right side of Hardin Valley’s defense with long runs deep into the attacking third.

All of Robinette’s pressure finally paid off in the 39th minute when she found herself in the perfect spot to receive a pass that flustered Hardin Valley. Junior goalkeeper Emma Cooke, who later exited with an apparent left shoulder injury, came off her line to try and quell the danger, but Robinette was able to side-step her and coast toward an empty-net goal.

“With a lot of people out, I just felt like I had to step up and play” Robinette said. “… We love having Kayla on the team, but this just shows we’re not just Kayla Barr. She’s a great asset to our team, but we are Maryville and we’re still a good team.”

The 2-nil advantage got whittled to one when Hardin Valley junior Norah Jacomen found the back of the net in the 57th minute, coming off the wing and firing a laser into the side netting.

Maryville managed to hold off a Hardin Valley surge in the final 20 minutes. A shot that hit the crossbar and two free kicks in dangerous parts of the pitch were the lone threats the Lady Rebels relinquished as they thwarted a Lady Hawk attack flush with talent.

“(Jacomen) is a bear of an assignment, and the fact that, for the most part, we able to force low-percentage shots out of her, is something to be super proud of.”

Against all odds, the victory puts Maryville in the driver’s seat to be either the No. 1 or No. 2 seed in the district tournament, pending the result of its Oct. 5 meeting with district favorite Bearden.

The Lady Rebels may not fear the Lady Bulldogs, but avoiding them until the district title game does give them the easiest path to another deep postseason run.

“It’s super rewarding to see your team deal with setbacks the way we have this season,” Feather said. “I’m not saying we’re fighting for the No. 2 spot because we still want the No. 1 spot, but clawing for that No. 2 spot is still an accomplishment.

“Credit the girls. I thought it was a great team effort tonight, and we’re super proud. We’re going to continue to continue to move forward, and getting players back is an added bonus.”

Follow @Troy_Provost on Twitter for more from sports editor Troy Provost-Heron. He can be contacted at troy.