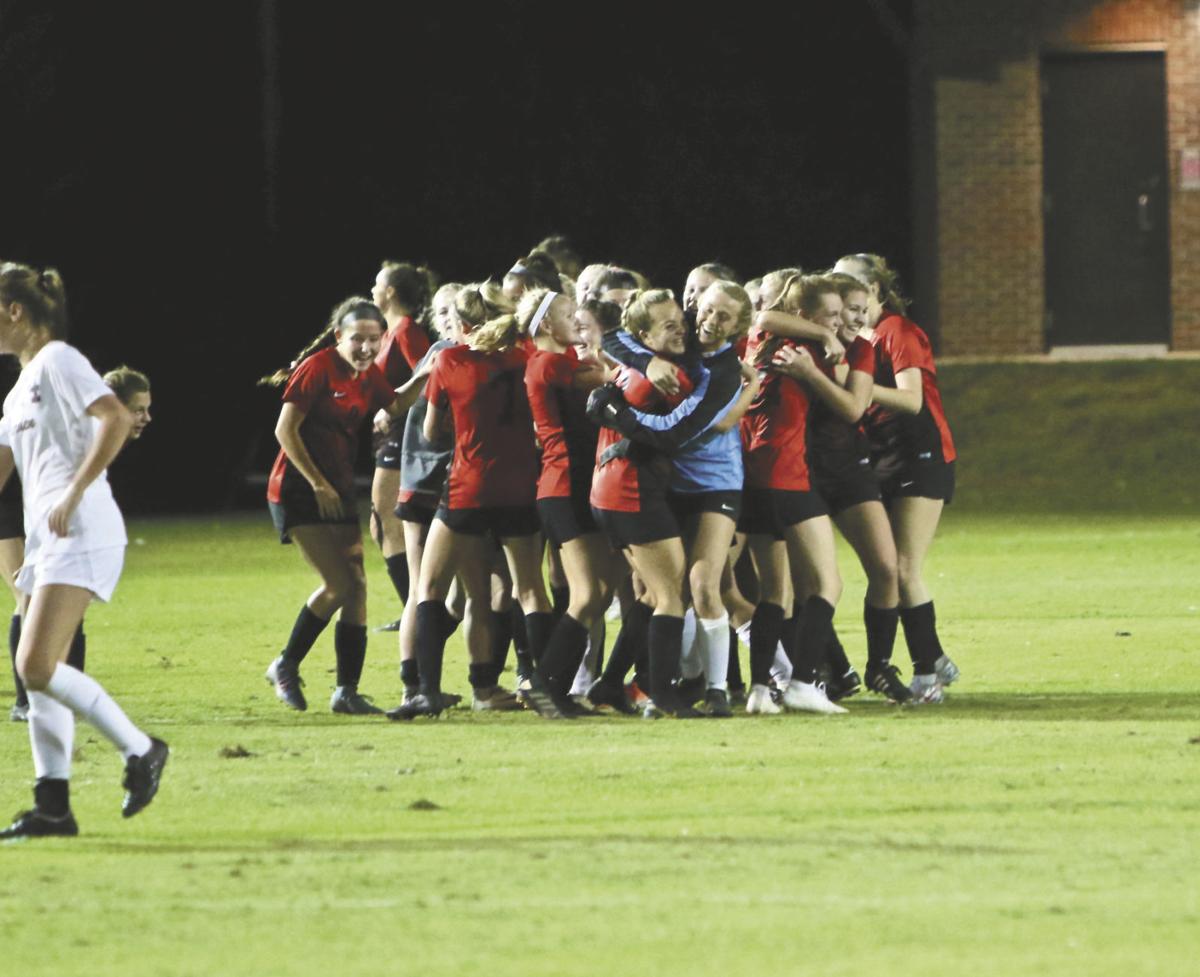 The Maryville High School girls soccer team celebrates clinching a trip to the state tournament after defeating Bearden on Oct. 26. 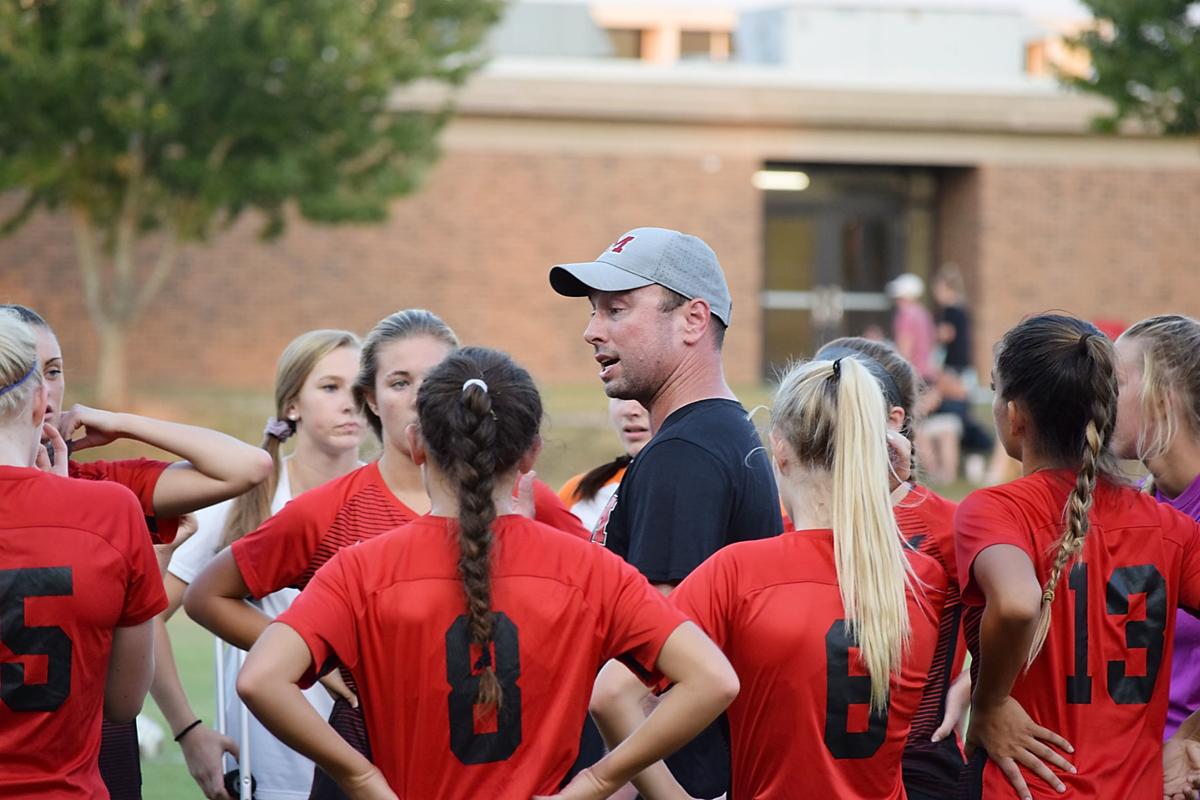 The Maryville High School girls soccer team celebrates clinching a trip to the state tournament after defeating Bearden on Oct. 26.

Seniors on the Maryville girls soccer team are no strangers to the Class AAA state tournament. Those who have been on the squad since freshmen have advanced three out of four years.

What they haven’t yet experienced is winning a game at that stage.

“To make it three out of four years is really, really hard to do with Bearden and Hardin Valley in this area,” Maryville coach Steve Feather said. “We’ve got a great group of seniors and an eager group of underclassmen who are ready to take the next step at state.” Maryville (17-3-3) defeated Bearden 2-0 in the sectional round to earn its fourth trip to state in five years. The Lady Rebels will open against Science Hill (18-3-1) at 1:30 p.m. CT on Wednesday at the Siegel Soccer Complex in Murfreesboro.

A four-year starter, Reyna Coston made a bold predication directly after Maryville’s sectional win on Oct. 26. It was before they knew who they’d be facing next.

“We’re going in, and we’re going to win,” Coston said. “Losing the first game both times we’ve been to state — it’s a big deal. We’ve got to get past it.”

Maryville defeated Science Hill in last season’s sectional game to advance to the state tourney, where it fell to Houston 1-0 in the first round. It was the second straight year the Hilltoppers’ season came to an end at the hands of the Lady Rebels.

Science Hill hasn’t defeated Maryville in at least a decade, with the Lady Rebels notching five wins over the Hilltoppers since 2008. They tied once in 2017.

Science Hill edged Powell 2-1 to advance to the state tourney for the second time in three years. It has returned most of its team from last season.

“Science Hill plays a very indirect style,” Feather said. “In many ways, it’s unlike any team we’ve prepared for because they possess and possess. Even under pressure, they’re going to try to play their way out of it. We like preparing for a team like that.”

The Lady Rebels got an extra week to do so after the TSSAA postponed the tournament due to field conditions at Siegel Soccer Complex and the projected weather forecast in Murfreesboro.

While appreciative of the opportunity to fine tune some things, Feather said he hopes the delay doesn’t take his team out of rhythm.

“It’s still a sudden change of mindset,” Feather said. “After you get over that initial shock, we think that — in the end — it’s going to be a little bit better for us and give us more time to get focused.”

Since starting out the season 2-2-2, Maryville has been on a roll. The last team to score on the Lady Rebels was Hardin Valley, which defeated them 1-0 in the District 4-AAA championship.

Maryville bounced back with back-to-back 3-0 wins over Oak Ridge and Powell for their second straight Region 2 title.

The Lady Rebels’ attack is led by Coston and freshman forward Kayla Barr, both of whom contributed a goal in the region final. Coston also cushioned Maryville’s lead late in the sectional game to stave off a Bearden comeback.

Maryville has shut out 14 opponents this season.

Feather attributed much of Maryville’s success on defense to the confidence the Lady Rebels have in senior goalkeeper Grayson Patterson as well as the additional leadership on the back line from fellow seniors, Katie Cunningham and Audrey Lovin.

“When you’ve got senior leadership all around you, your back line — for the most part — looks pretty cohesive,” Feather said. “I think it all comes down to our defensive pressure. We know that Grayson is going to take care of business.