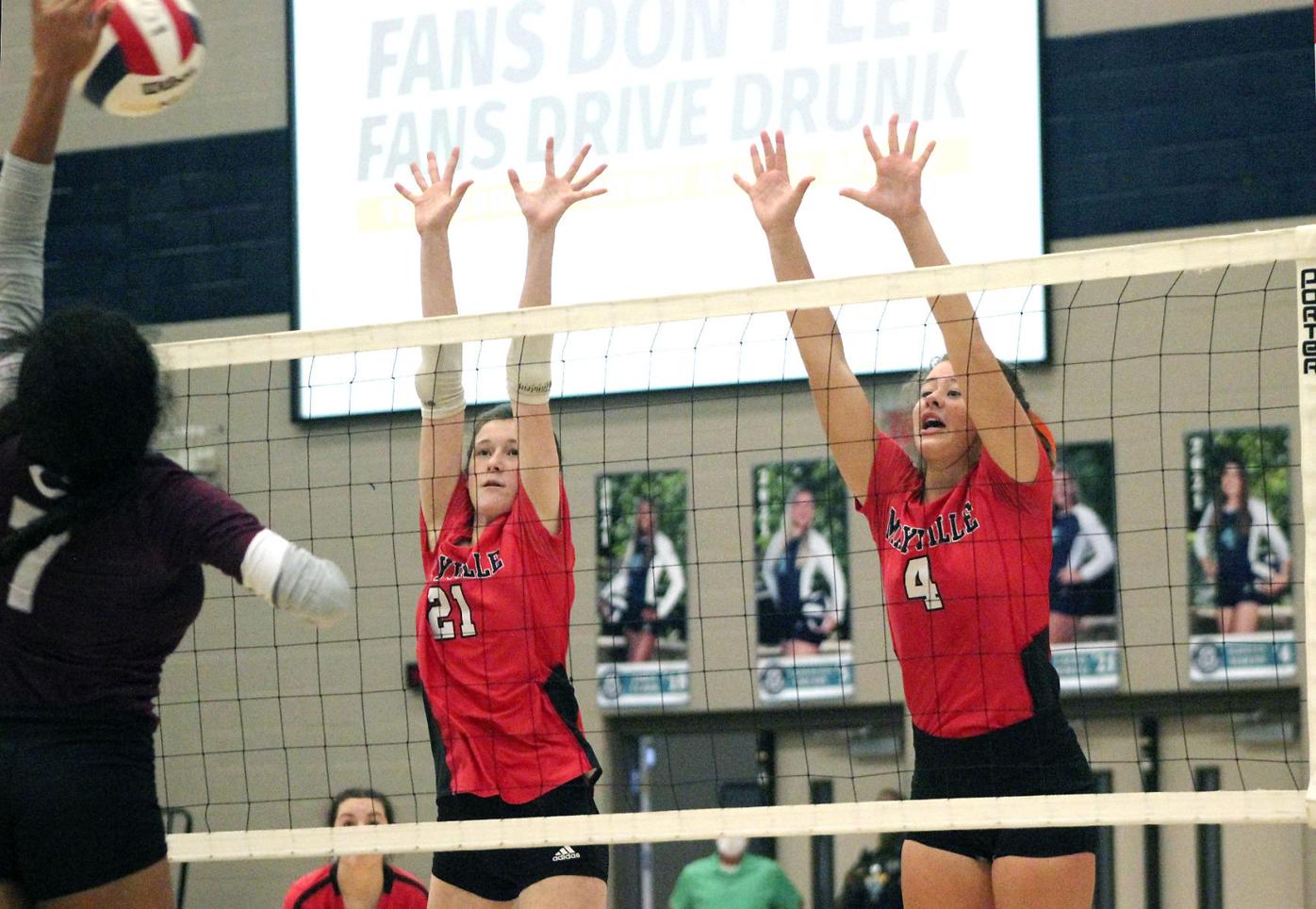 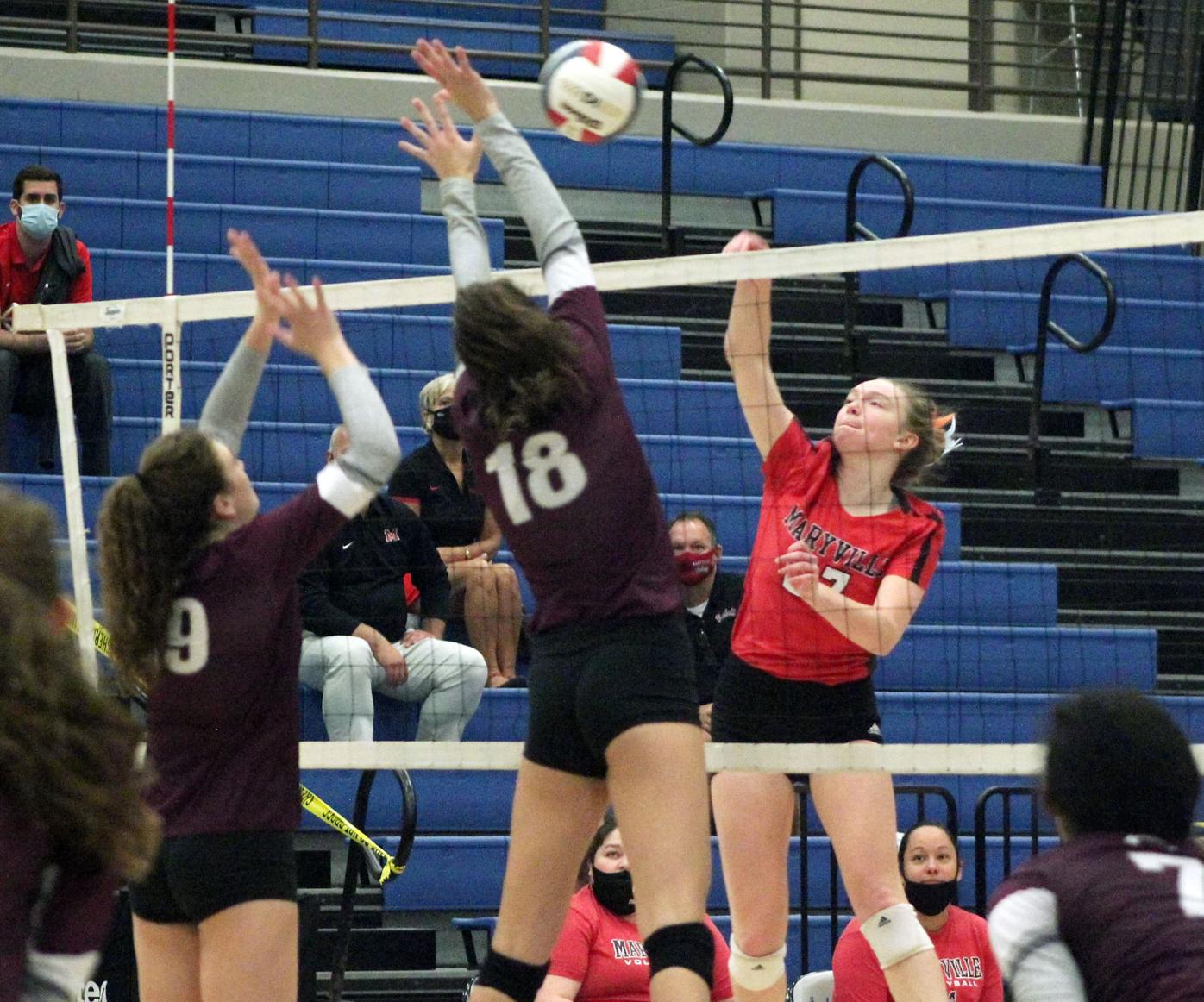 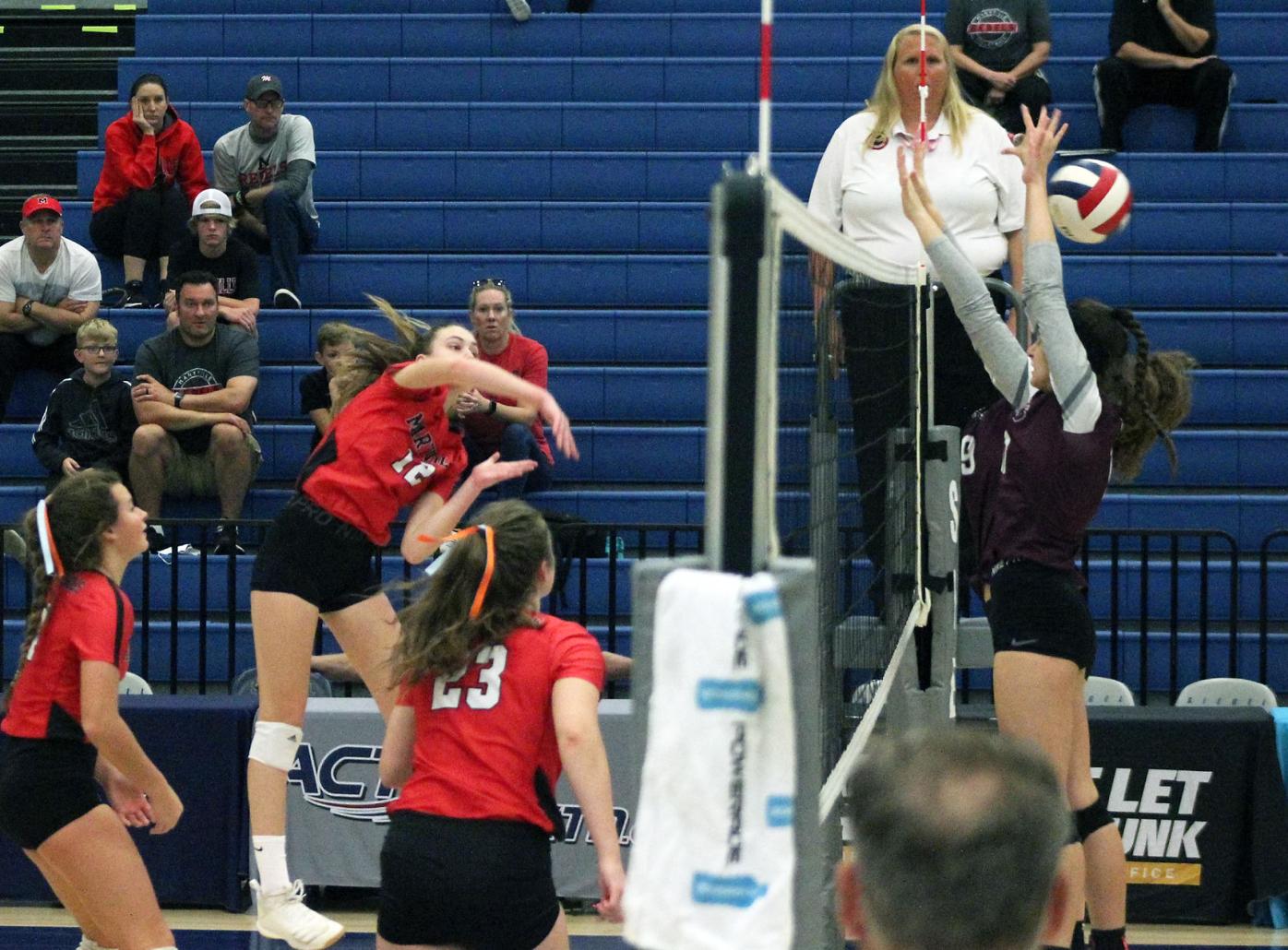 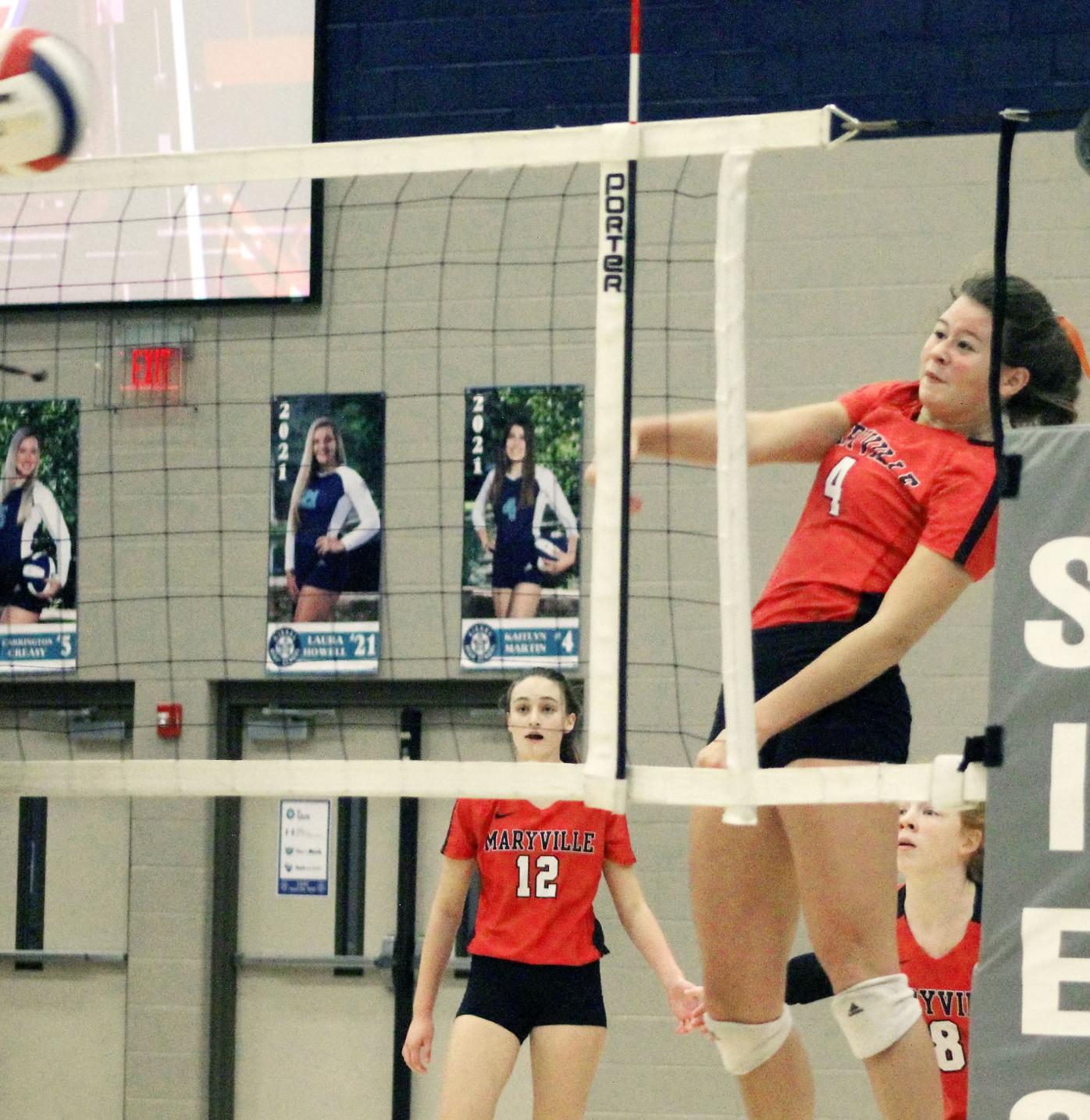 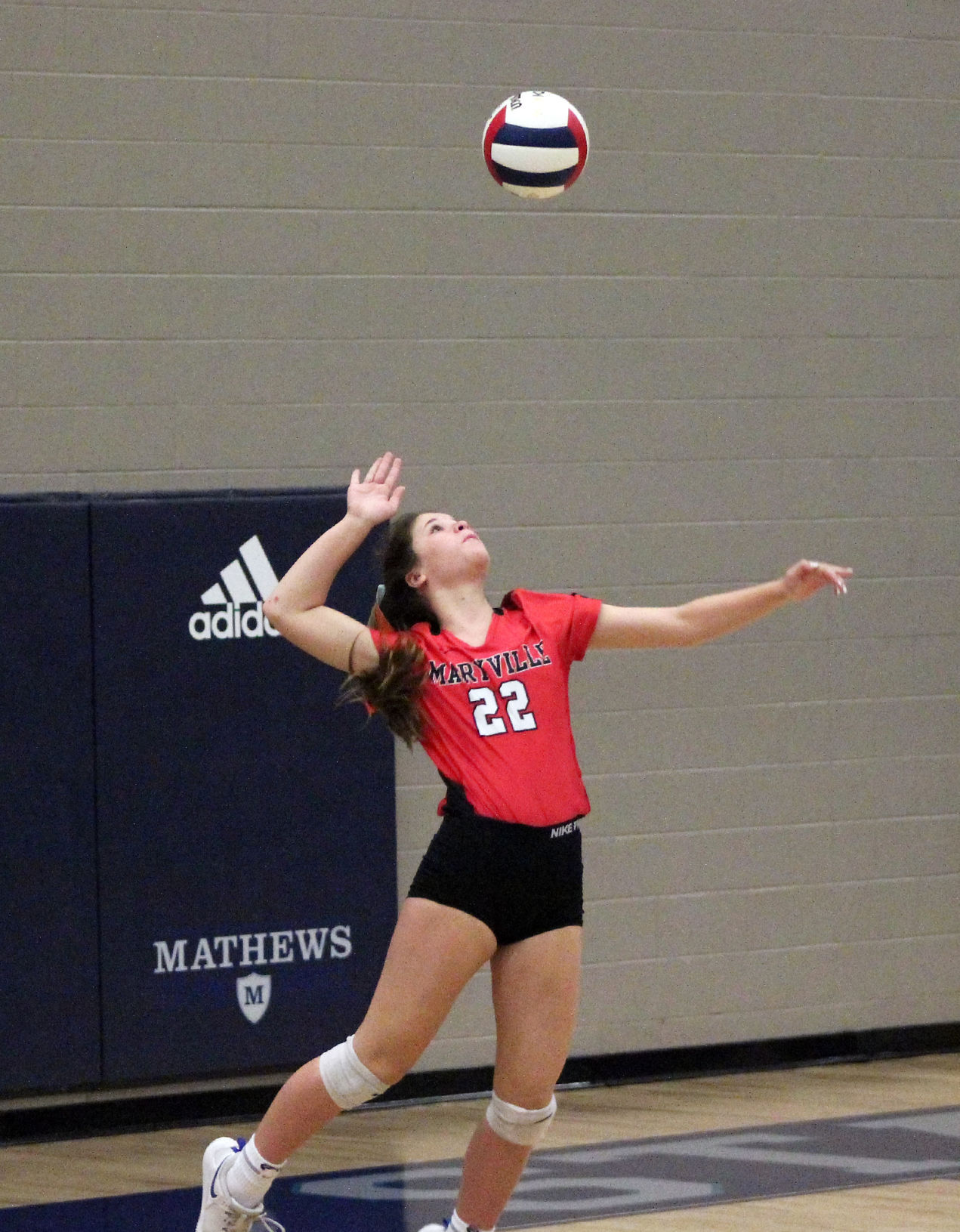 MURFREESBORO — Chris Hames did not know what to expect in her first season as Maryville’s head volleyball coach back in August.

The only unknown was whether all that skill would mesh under Hames. It did, and not only did the Lady Rebels win the district, but they also won the region, made it to state for the first time since 1984 and defeated Siegel in the opening round to notch the program’s first-ever state tournament win.

Each of those accomplishments combined dwarfed the disappointment Maryville felt after a 25-18, 25-22, 22-25, 17-25, 15-11 loss to Collierville on Thursday at Siegel High School ended to its season.

“I thought we had a chance, but we just didn’t know what to expect because we had some new players and we knew how strong our district was,” Hames told The Daily Times. “My whole goal was to make it out of district because if we could do that, we could make it to state.

“To be able to do that, and then all of a sudden get here, win a match and finish better than our seed, I’m just proud of them.”

Maryville’s singular postseason run was defined less by its talent and more by its resiliency, which it showcased yet again by forcing a fifth set after dropping the first two against Collierville in an attempt to extend its season into the night.

The Lady Rebels settled in with their backs against the wall, quickly erasing an early 9-5 deficit in the third set to take a 13-12 advantage that it never relinquished. Maryville cruised in the fourth set and took a 5-1 lead in the fifth before its consistent ability to finish tight matches abandoned it.

Mack and Sanderson paced a Maryville attack that logged a .200 hitting percentage with 16 and 15 kills, respectively. Gravatt recorded a double-double with 43 assists and 18 digs.

“We started out flat this morning, but we were resilient and that’s what I’m proud of,” Hames said. “The fifth is really anyone’s game. Even if you lose the fourth, you’re going to see two teams come out and she who can get to 15 first. We were up, and then we just struggled with serve receive, and that’s kind of been our nemesis from the beginning.”

The Lady Rebels may have found more success finding Gravatt to set hitters if White was not sidelined because of a COVID-19 exposure two days before the tournament. Junior Sydney Brooks, typically a defensive specialist, was forced to play libero in White’s absence, throwing off the groove the Lady Rebels had found in part because of White in recent weeks.

“It definitely changed some things because She was a big reason why we were so successful against Dobyns-Bennett and the region tournament,” Hames said. “She had turned the corner and was playing really good volleyball, and I think it affected more of the dynamics on the court.

“She was loud, she was talking and being a leader back there, and that’s what you want out of your libero. She embraced that role. It’s obviously frustrating, but we’re not the only ones that it’s happening to.”

There was not a single tear in the eyes of any Lady Rebel as they walked off the court for the final time.

Maryville knows it will be back next season, and it has the intention of winning it all after adding Knoxville Catholic transfer Isabella Amet and some strong incoming freshmen to a unit that gained valuable experience this season.

“They know what to expect and they know what it’s like now,” Hames said. “They had been in those pressure situations and they’ve won some games against good teams, but you just don’t know until you get here. You can’t create that experience, and I think that’s why it was so important for us to make it with underclassmen and juniors playing because it puts us in a good situation for next year.”