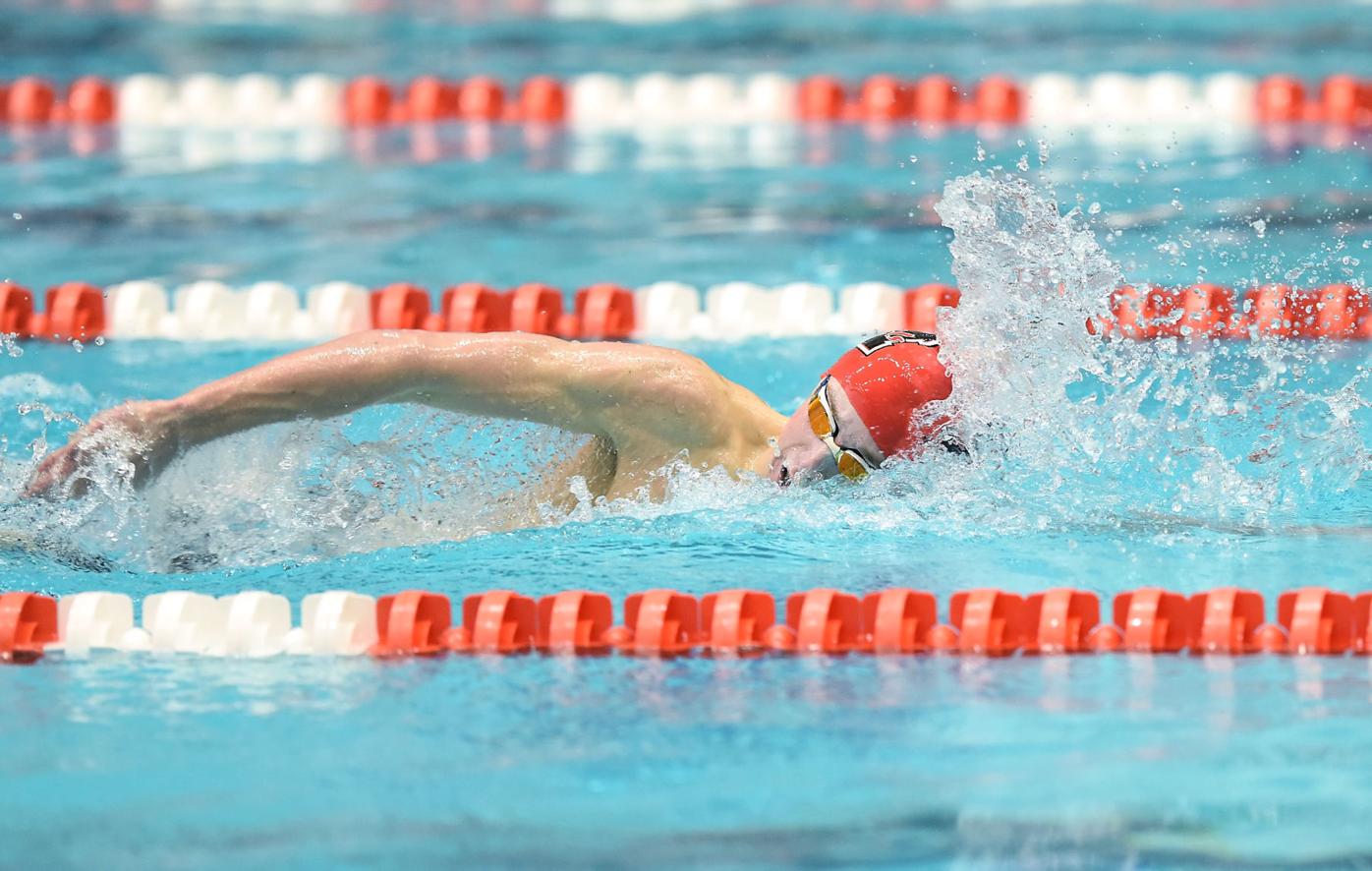 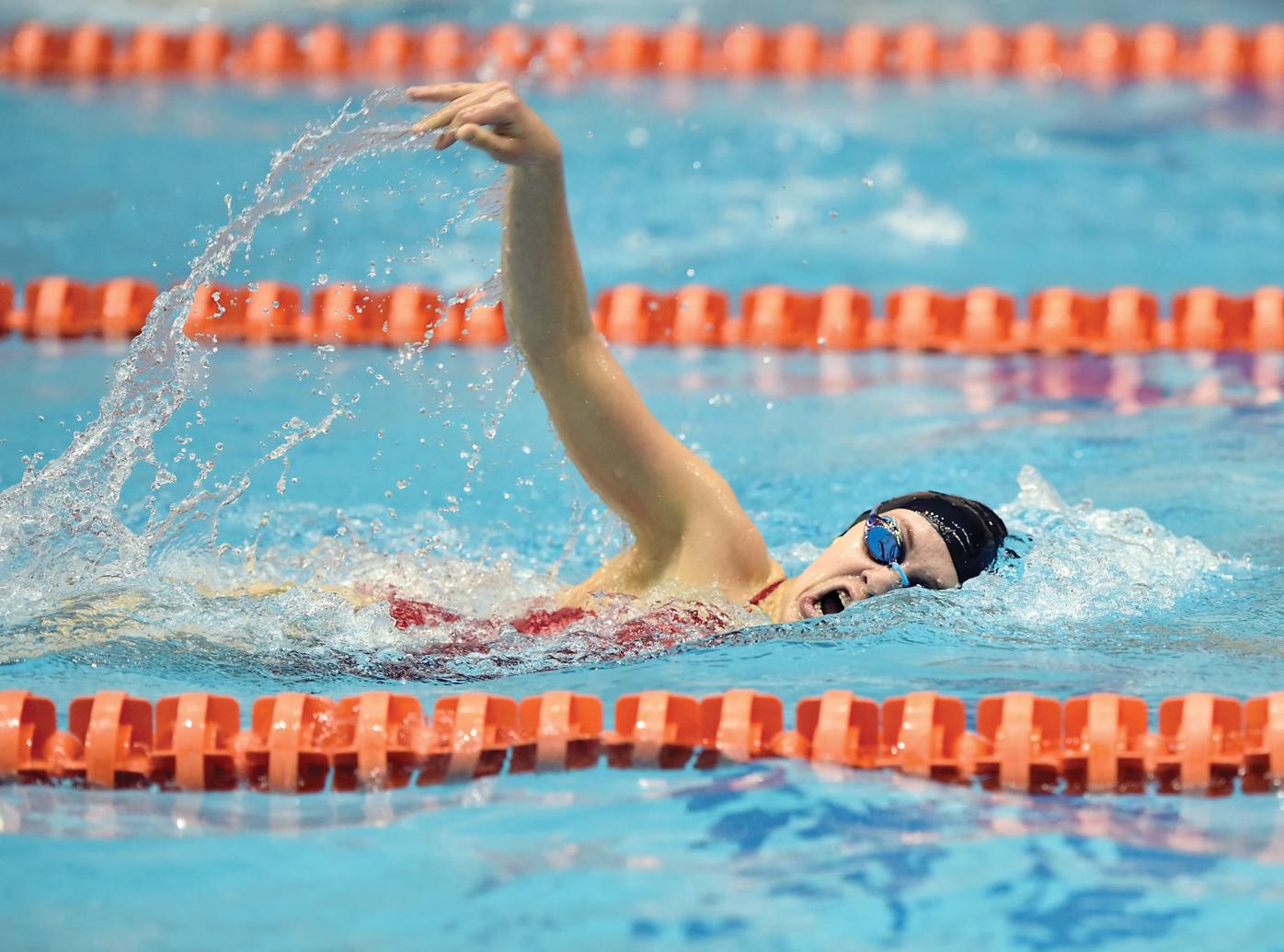 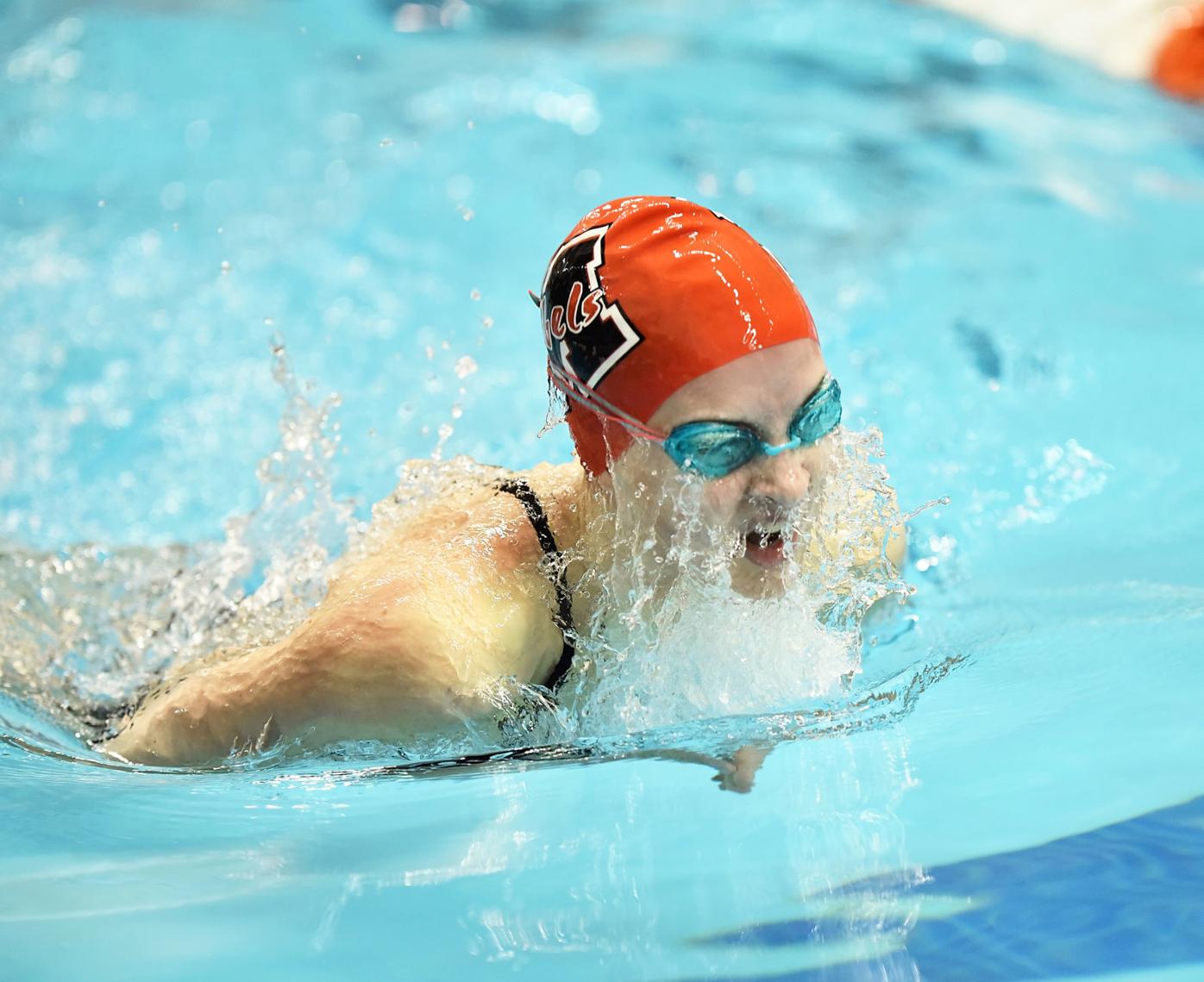 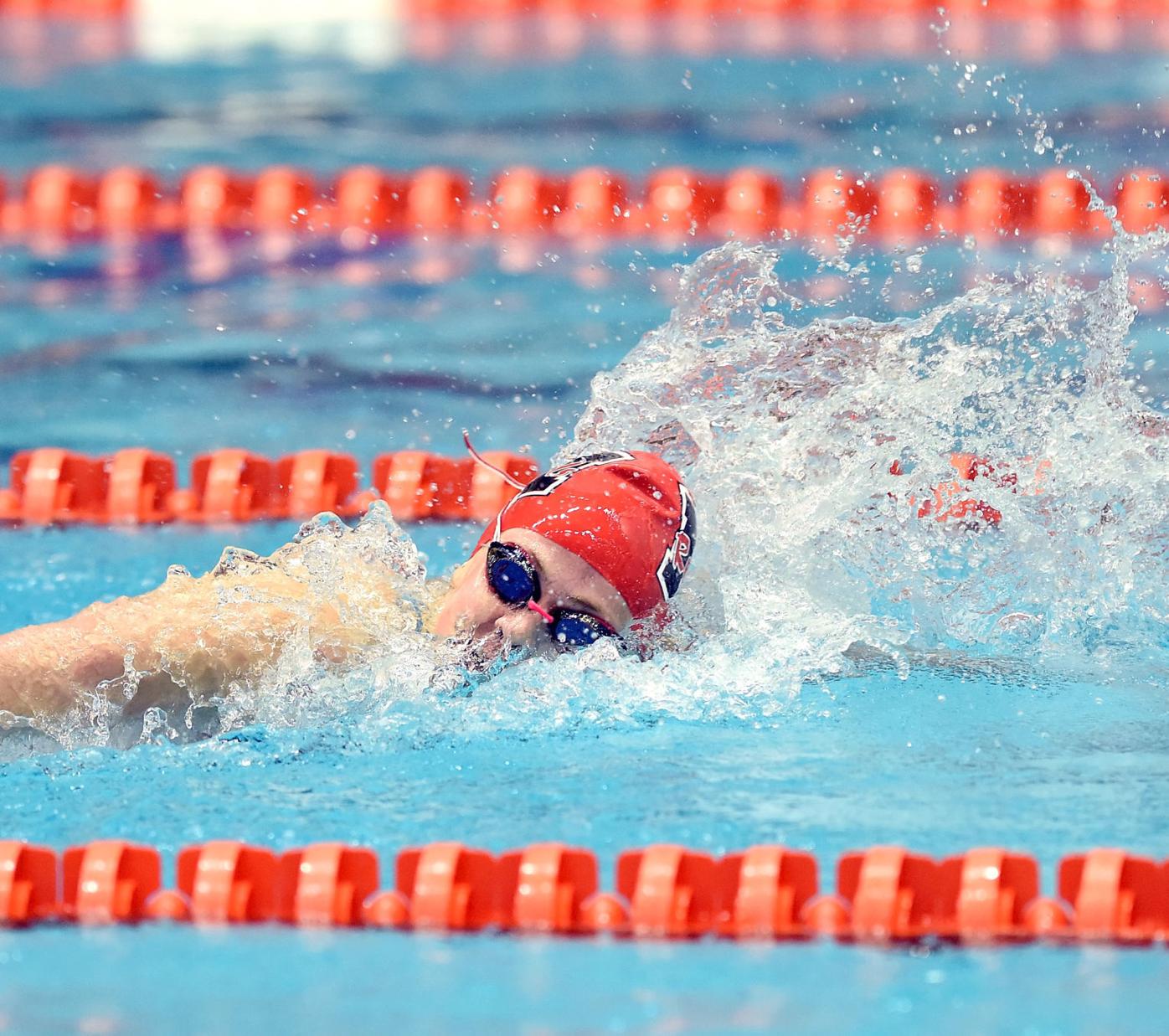 KNOXVILLE — It was no secret the Maryville swim team was in a good position to win the KISL City Championships on Saturday at the University of Tennessee’s Allan Jones Aquatic Center.

But the Rebels also have their sights set on bigger things.

Maryville coach Jenna Johnson challenged her team by adding a few extra hurdles to the competition.

“We wanted to be able to come in here and swim well without resting and without wearing a special swimsuit,” Johnson said. “We wanted to know that, if we can swim well under those circumstances, think how great it’s going to be.”

Maryville opted for swimsuits that Johnson said are tight fitting and buoyant, which results in slower times, and they pushed themselves in practice especially hard ahead of the meet. It didn’t slow them down. Of 34 teams competing, Maryville placed first with a combined score of 735. It's the Rebels' third straight KISL title.

The runner-up, Farragut, had 513 points.

Next up for Maryville is the state championship meet, which will take place Feb. 7-8 at Allan Jones.

“We felt that we weren’t going to have a problem winning the meet, but the thing that we wanted to do was take a different approach,” Johnson said. “The approach was that this meet was a stepping stone to future goals.”

Anne Lauren Bellah was a part of that winning 200 freestyle relay team. A sophomore, she also hit a notable milestone by breaking the one-minute mark in the 100 backstroke. She finished in 59.97 seconds to place fifth.

“Everyone has been swimming great, and the cheering is just contagious,” Bellah said of her team. “Everyone is super happy and pumped. It feels really good. I’m really proud I get to be on this team.”

They also placed first in the 400 freestyle relay.

Offermann saw a dramatic improvement in his 500 freestyle. He dropped 9.87 seconds. His time of 5:29.9 placed him ninth and qualified him for state.

That event is a relatively new one to Offerman, who said he began swimming it in the fall.

“It feels really good,” Offerman said. “It makes me feel like I can do anything.”

Ewing did the same by dropping more than two seconds off his 100 breaststroke to finish 11th in 1:08.51.

A first-year swimmer, Ewing recently committed to training year-round, setting the stage for what Johnson anticipates will be a bright future.

“My first-ever meet, my time was nowhere near where I wanted it to be, but I’ve put a lot of hard work into it,” Ewing said. “I’m here now, and it feels great. I’ll never forget this moment.”

If team spirit were an event, Maryville would have won that, too. The Rebels cheered wildly for their teammates, which Ewing, Offerman and Bellah all said made a difference in their performances.

Last season at the state meet, the Maryville boys placed second to McCallie, and the Maryville girls took fourth. Once again, Johnson has high expectations for her squad.

"We can just focus on each individual's performance," Johnson said. "I just try to find out what their goal is and help them get there — whatever I have to do."