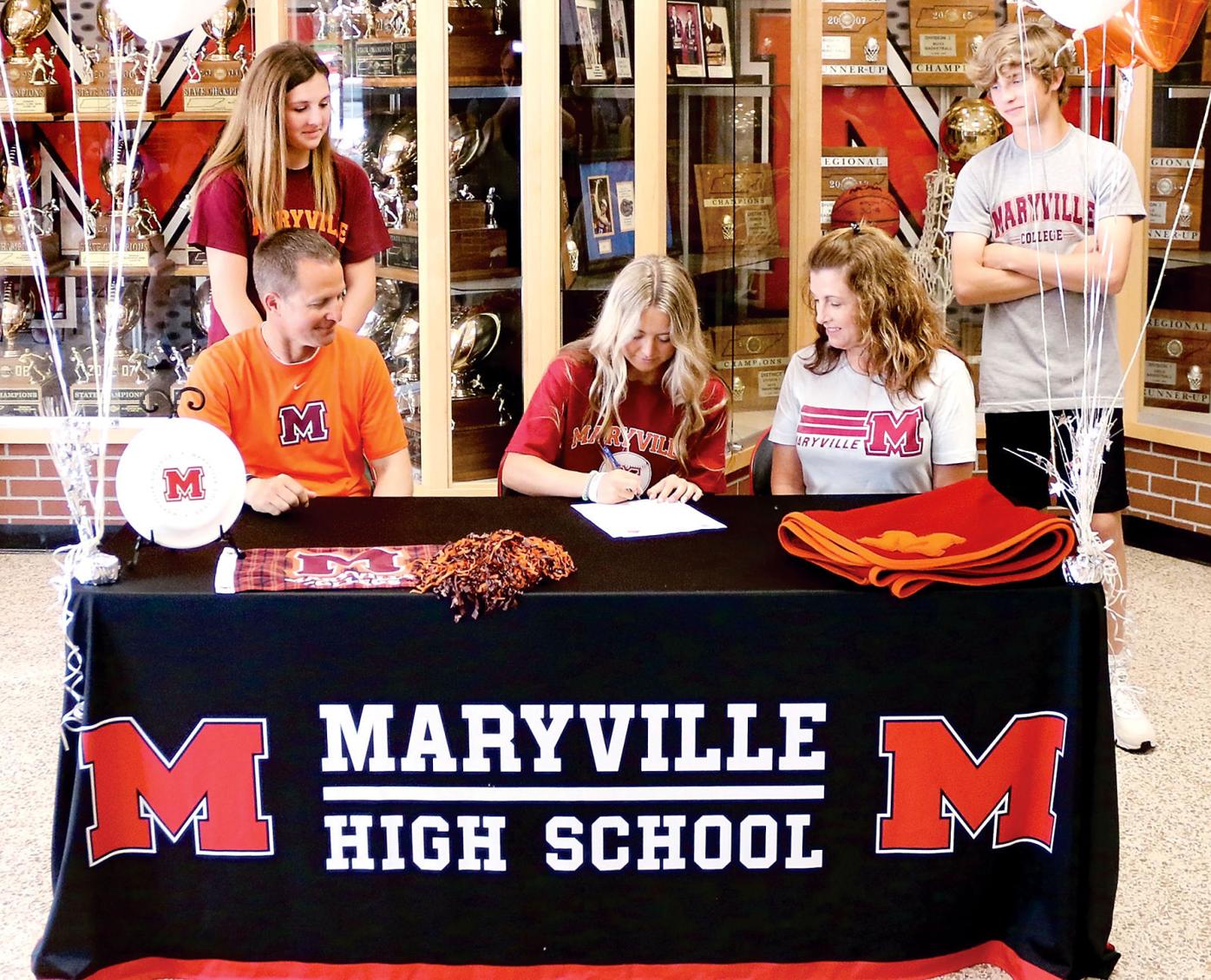 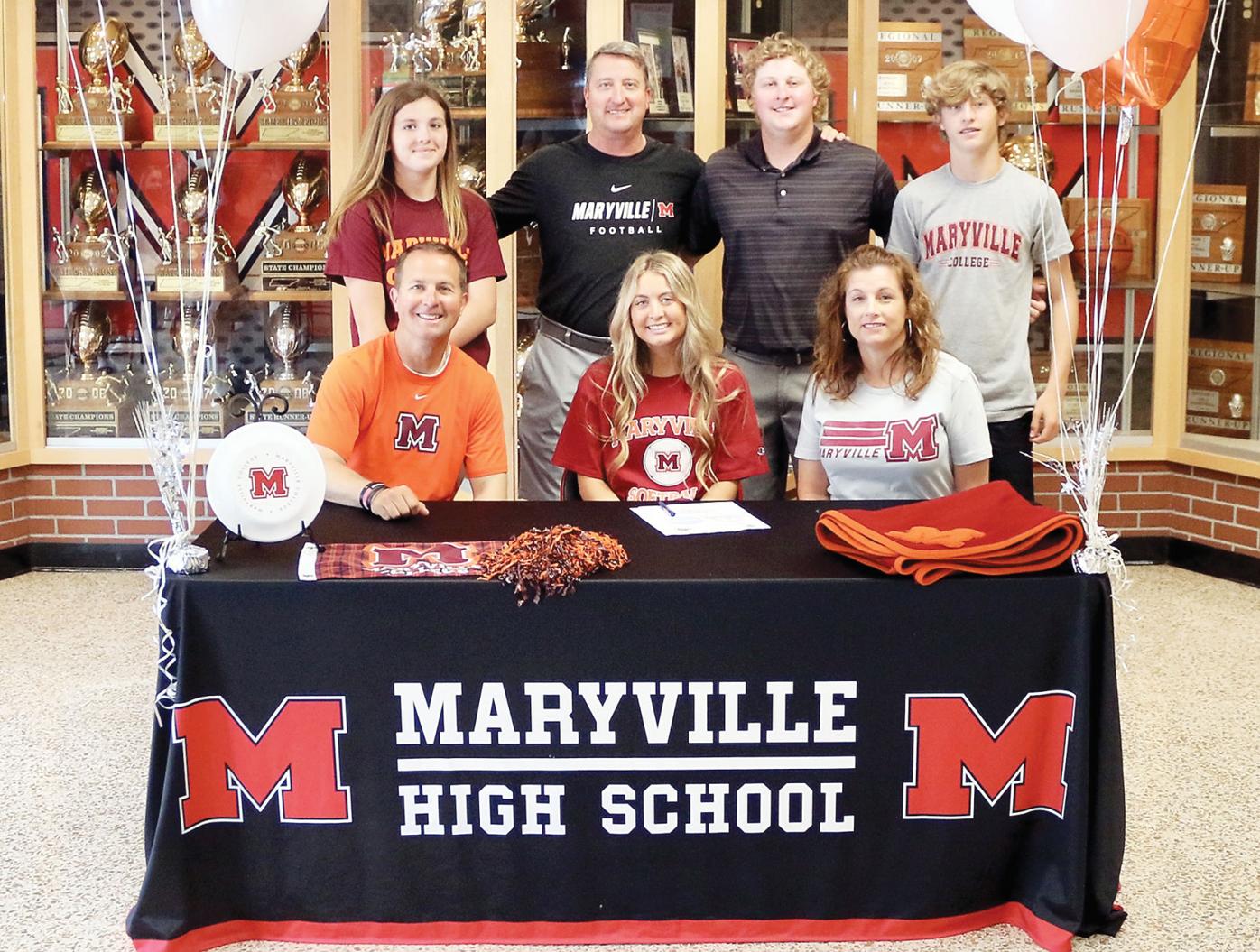 Maryville senior Campbell White with her family after signing to play softball at Maryville College on Monday. 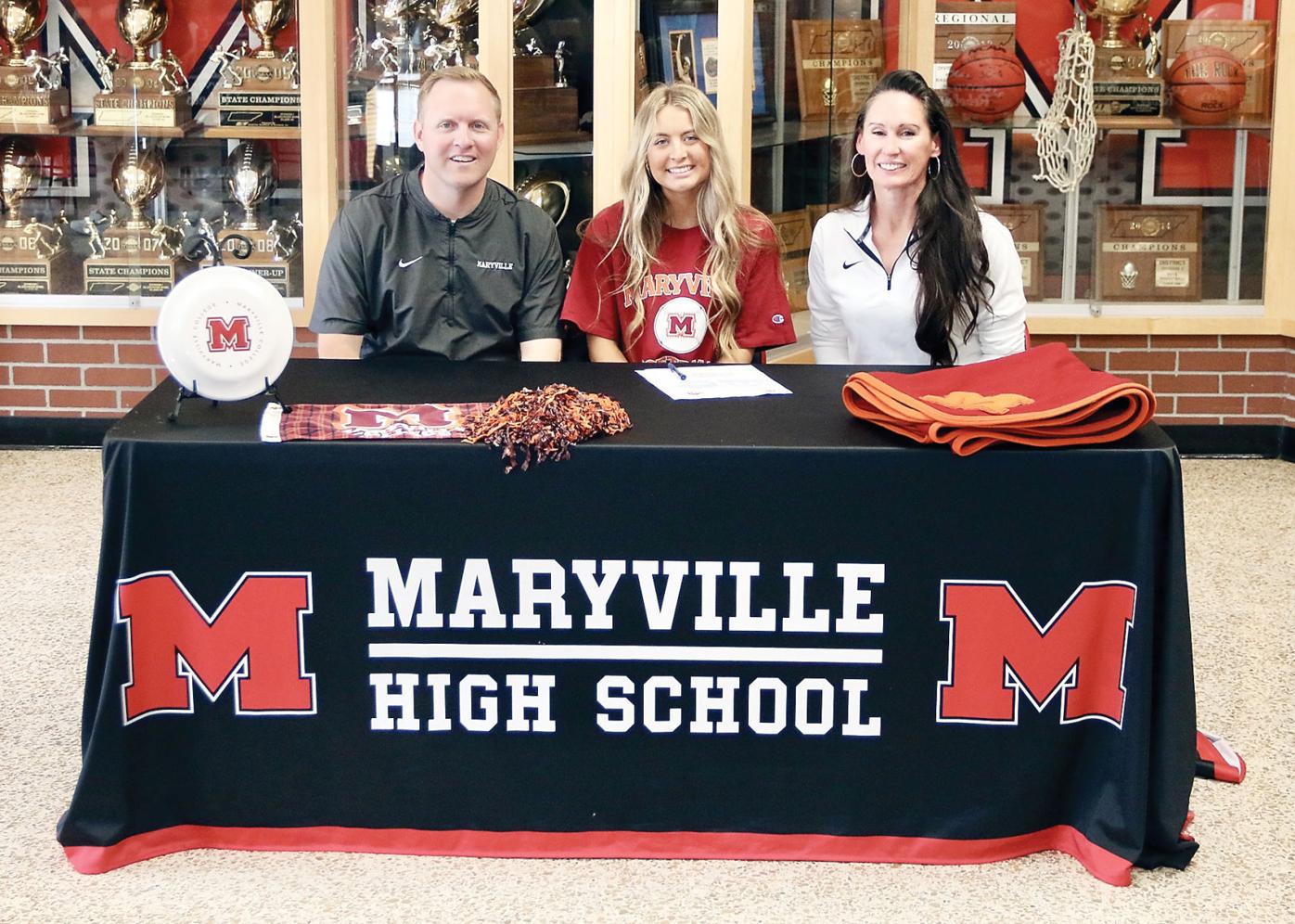 Maryville senior Campbell White with her family after signing to play softball at Maryville College on Monday.

Campbell White admittedly endured an up-and-down recruitment caused by a late start to the process, but through it all, Maryville College always seemed to be a destination that was part of the discussion.

The Maryville senior outfielder had interest from other schools in Tennessee and a school in Alabama but ultimately stayed home, signing with Maryville College to continue her softball career Monday at Maryville High School.

“I kind of grew up going there for football and softball games,” White told The Daily Times. “My dad went there, so I know the campus. It’s two minutes from home, and being close to home so my family will be able to come to my games is important.

Familiarity played a part in White’s decision as did the softball program and the person at the helm of it, Leah Kelley.

Kelley has set a new standard for the program since taking over prior to the 2015 season. The Scots have gone 136-105 during Kelley’s seven-year tenure, including back-to-back USA South championships and NCAA Regional appearances in 2018 and 2019 followed by the program’s first ever top-25 ranking at the conclusion of the COVID-shortened 2020 campaign.

“She’s an awesome coach and she has made this whole process very easy,” White said. “She’s let me take my time, which was probably really hard because there was so much uncertainty (with my recruitment). She has really impacted me in a very positive way.”

White has started more than 100 games in her four-year career at Maryville, developing from the soft-slapping eighth grader that Maryville softball coach Nick Payne inherited when he took over the middle school program to a hitter that finds a way to get on base in variety of ways while also offering reliable defense in the outfield.

“She was a hard worker who loved the game and was somebody who was very coachable,” Payne said. “As a coach, you love coachable kids because you can make some tweaks here and there and they actually listen to you. … She came in kind of as a single-dimensional player. “She was a good bunter and she could soft slap, but she has really turned into a hitter who can soft slap, hard slap or swing away. That takes some time and experience.

“Off the field, she is a great leader for us. She works hard and is always one that is trying to better her and her teammates.”

White is excited that she can further develop on and off the field over the next four years but at the moment is focused on finishing her high school career on a positive note in the District 4-AAA tournament, starting with a first-round meeting with No. 3-seed William Blount at 8 p.m. Wednesday at Hardin Valley Academy.

“I think that whole softball program will develop me as a player and a person as well,” White said. “Going into knowing that they’re a good team and have good team chemistry and a good culture, all of that will allow me to go in with a positive attitude.

“I just want to do my best and be better than where I’m at now.”