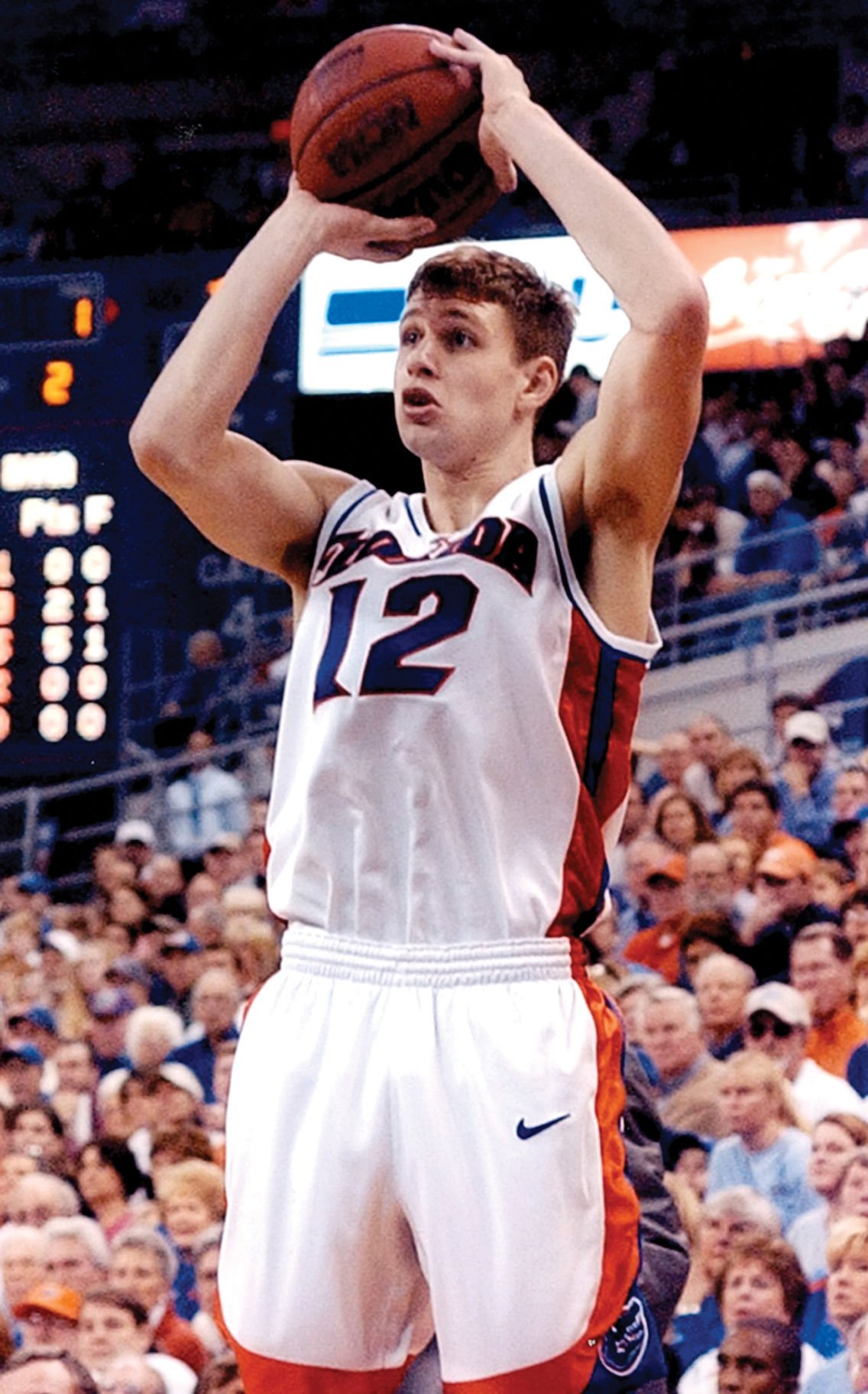 Former Maryville standout Lee Humphrey raises for a jumper during a game at The University of Florida, where Humphrey won back-to-back national championships. 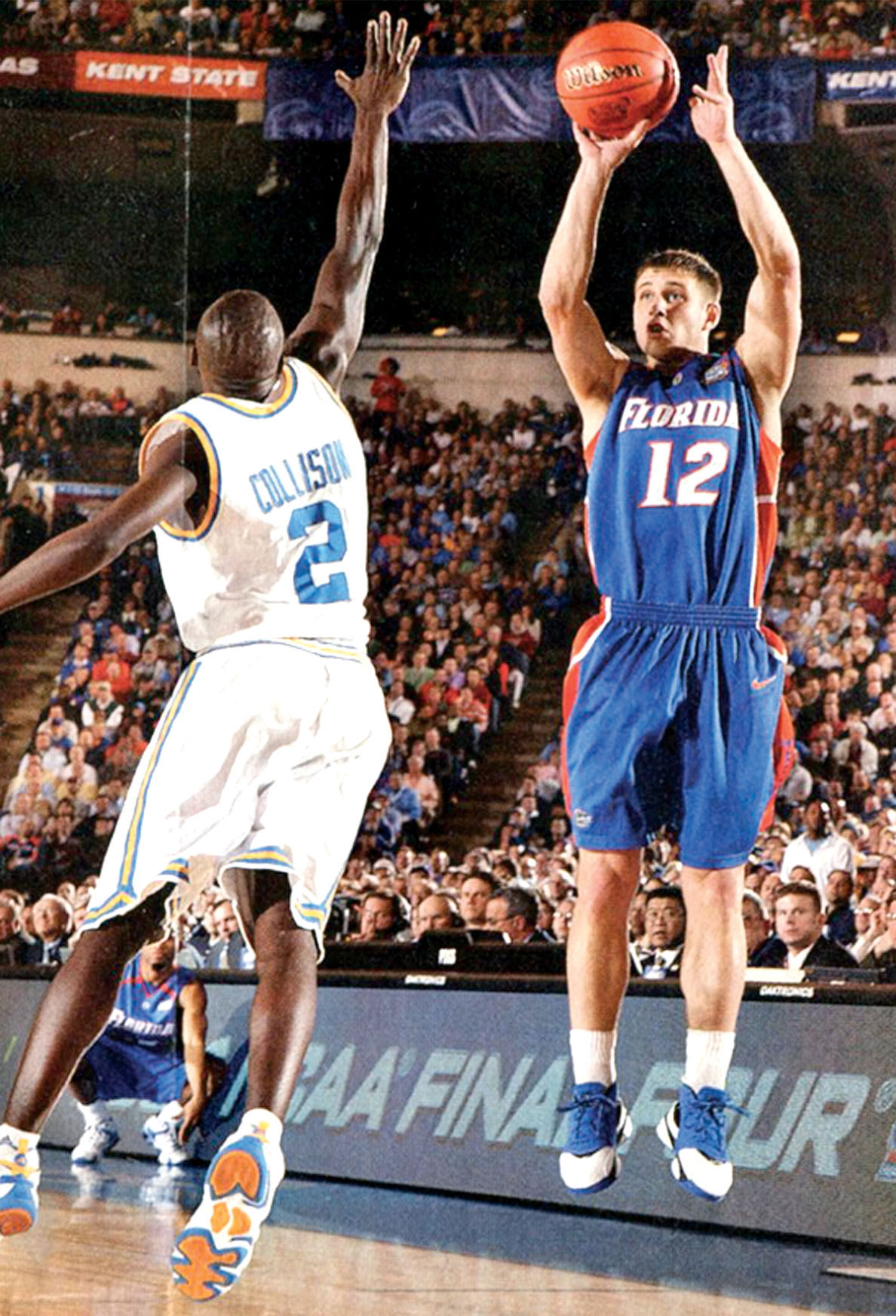 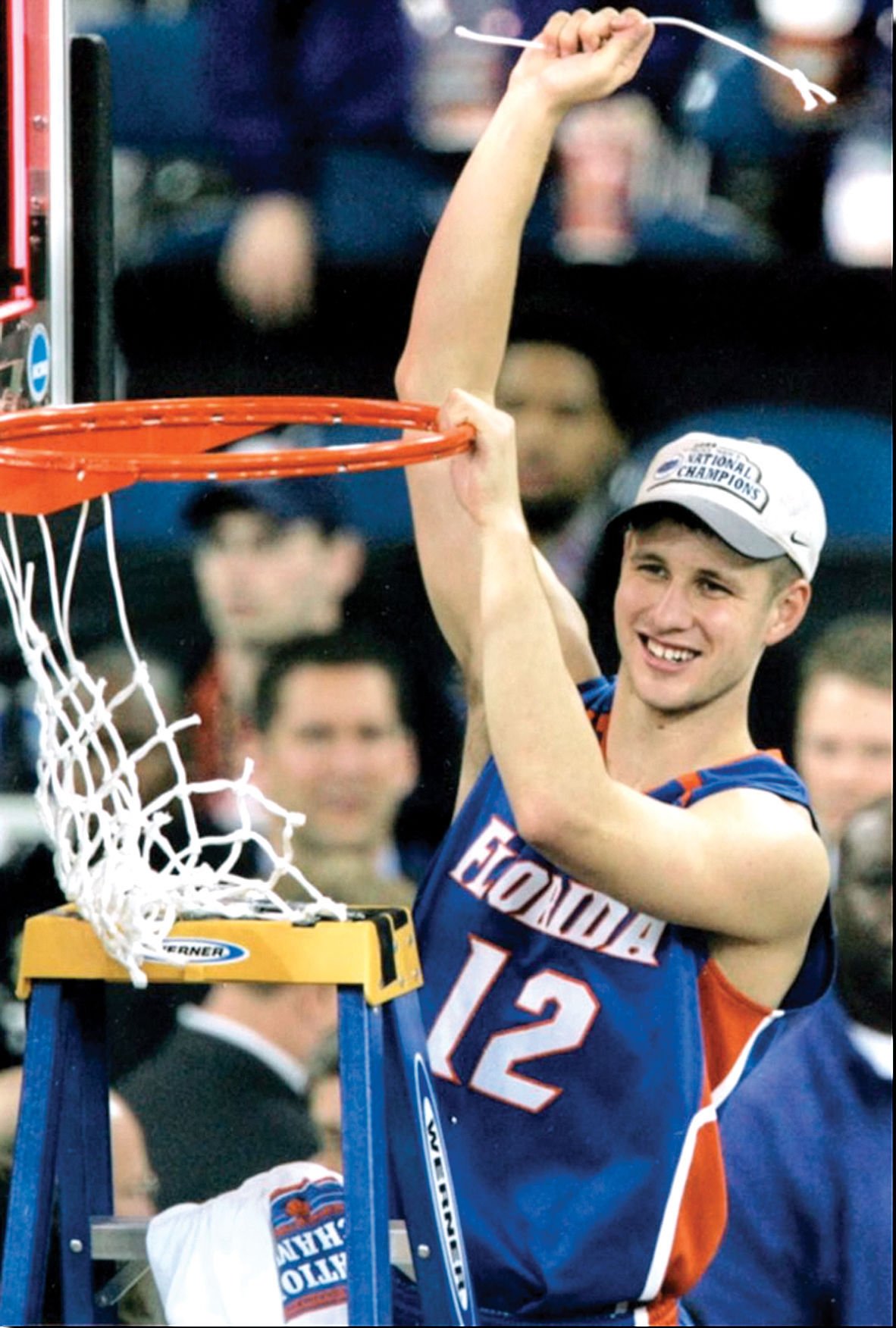 Lee Humphrey cuts down the net after his Florida Gators defeated UCLA 73-57 to claim the program’s first national title and the first of two straight titles.

Former Maryville standout Lee Humphrey raises for a jumper during a game at The University of Florida, where Humphrey won back-to-back national championships.

Lee Humphrey cuts down the net after his Florida Gators defeated UCLA 73-57 to claim the program’s first national title and the first of two straight titles.

One of the most prolific shooters in Blount County, Maryville’s Lee Humphrey went on to leave his mark on the college game and beyond. Humphrey, one of most talented basketball players to ever come out of Blount County, has been selected as part of the 2016 Blount County Hall of Fame class.

His claim to fame came from his uncanny ability to drop the three pointer on the basketball court. Humphrey started piling up awards and breaking records during his time as a Maryville Rebel.

While at Maryville, Lee’s record was no less than amazing.

He also holds the record for the most career 2-point field goals made, a whopping 488 points.

The Maryville Rebel basketball team with Humphrey had a team record of 106-26. They had three regular season championships and one regional tournament championship. That championship was the first in Maryville’s school history as a Class-AAA school. The Rebel team also made two sub-state appearances.

For Humphrey’s effort and talent, as a sophomore, he was chosen All-District, All-Region, All-East Tennessee, All-Blount County and was selected as the Blount County Player of the Year. He received Honorable Mention All-State.

Without a doubt, Humphrey was one of the most honored athletes to ever play at Maryville High School.

And, of course, that got the attention of college recruiters. He was offered scholarships by Florida, Stanford, Marquette, Georgia Tech and numerous other Division-I schools. The University of Florida was the winner. He earned his Florida letter all four years he was a Gator.

The name Lee Humphrey quickly became recognized nationally as he racked up honors every year. He played in SEC and NCAA tournaments every year, and won back-to-back NCAA National Championships in 2006 and 2007 under coach Billy Donovan.

Humphrey was selected for the Final Four NCAA All-Tournament Team in both 2006 and 2007. He holds the NCAA Tournament Record for the most total career 3-point field goals and the University of Florida record for career threes.

He was part of the SEC ALL-Academic Team each year from 2005-07 and was selected as the SEC Academic Player of the Year in 2007.

Following graduation, Humphrey played seven seasons in Europe and one season in the National Basketball Development League. While in the NBDL, he led the league in 3-pointers.

In 2016, he was named the SEC Legend Player for Florida.

Lee and wife, Chelsea, have one son, Oliver. He is employed by Pontoon Solutions of Jacksonville, Fla.

He enjoys spending time with his wife and son in numerous outdoor sports.

When asked, Humphrey credits long hours in the gym with his father, playing endless hours of basketball and dreaming that one day he would be one of the best basketball players in the world. No doubt that dream came true.

Cleon Hearon, a staple of Blount County athletics, to be inducted into Hall of Fame