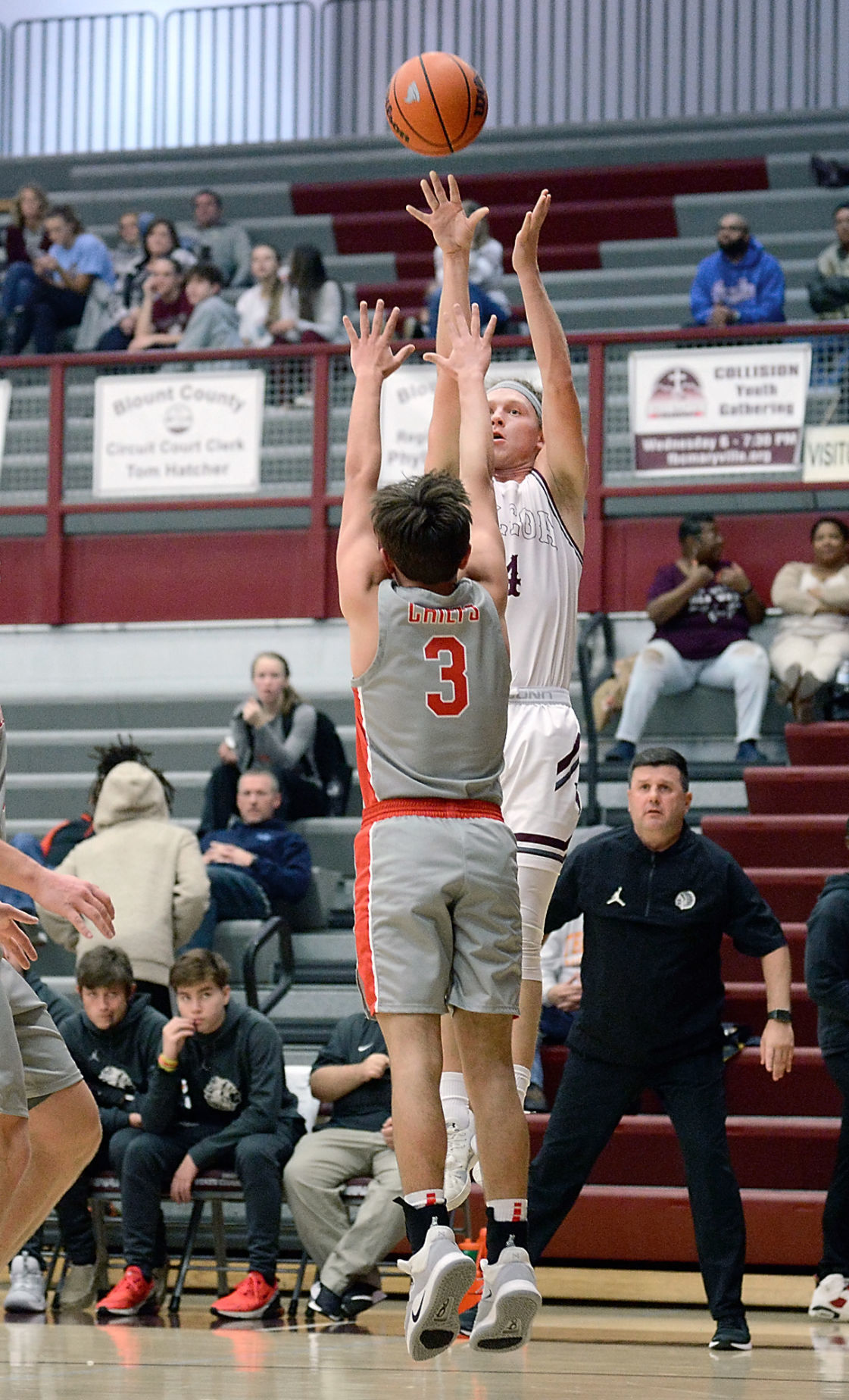 Alcoa’s Nick Roberts (4) sinks one of his eight 3-pointers against Sequoyah on Monday at Alcoa. 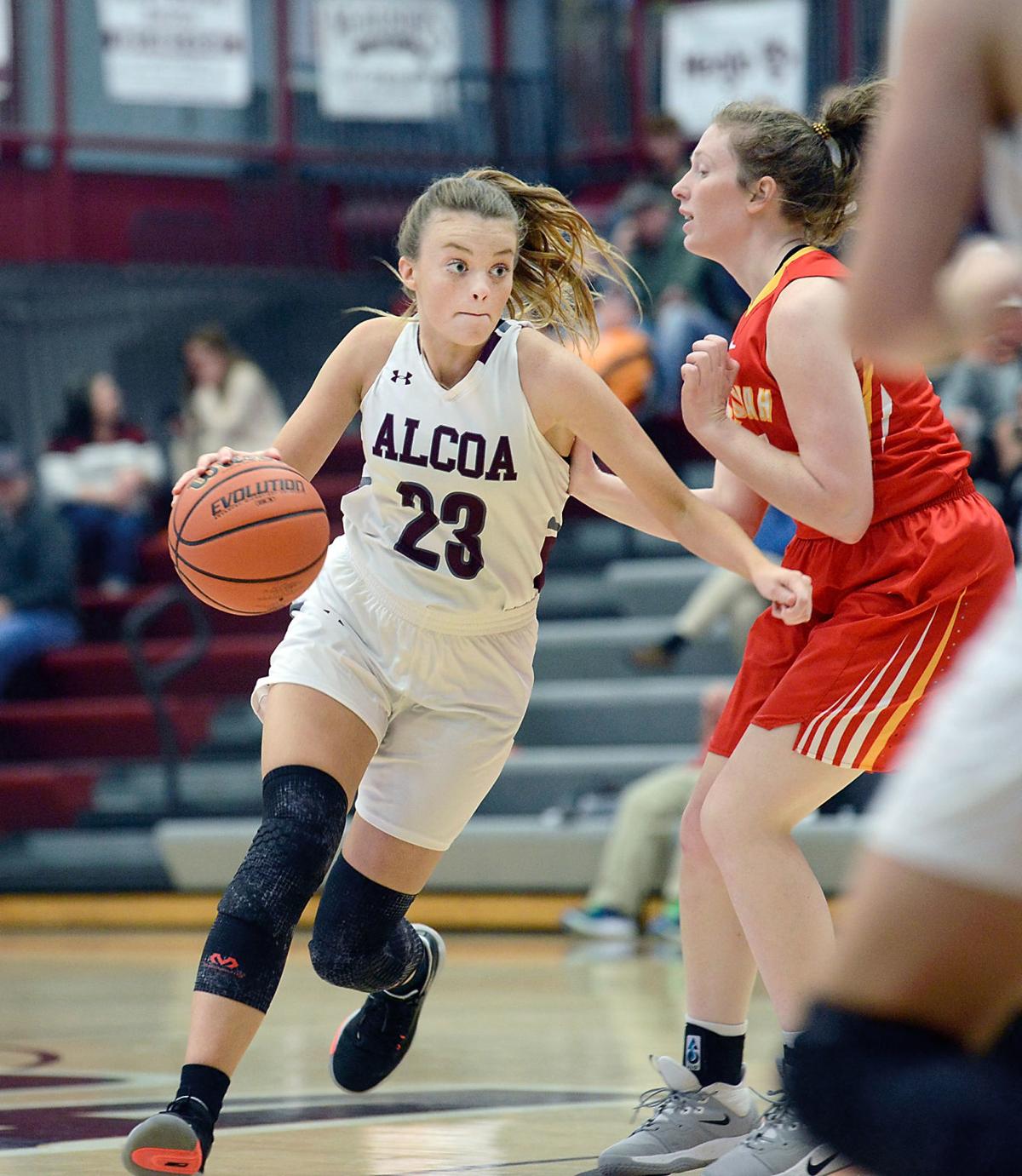 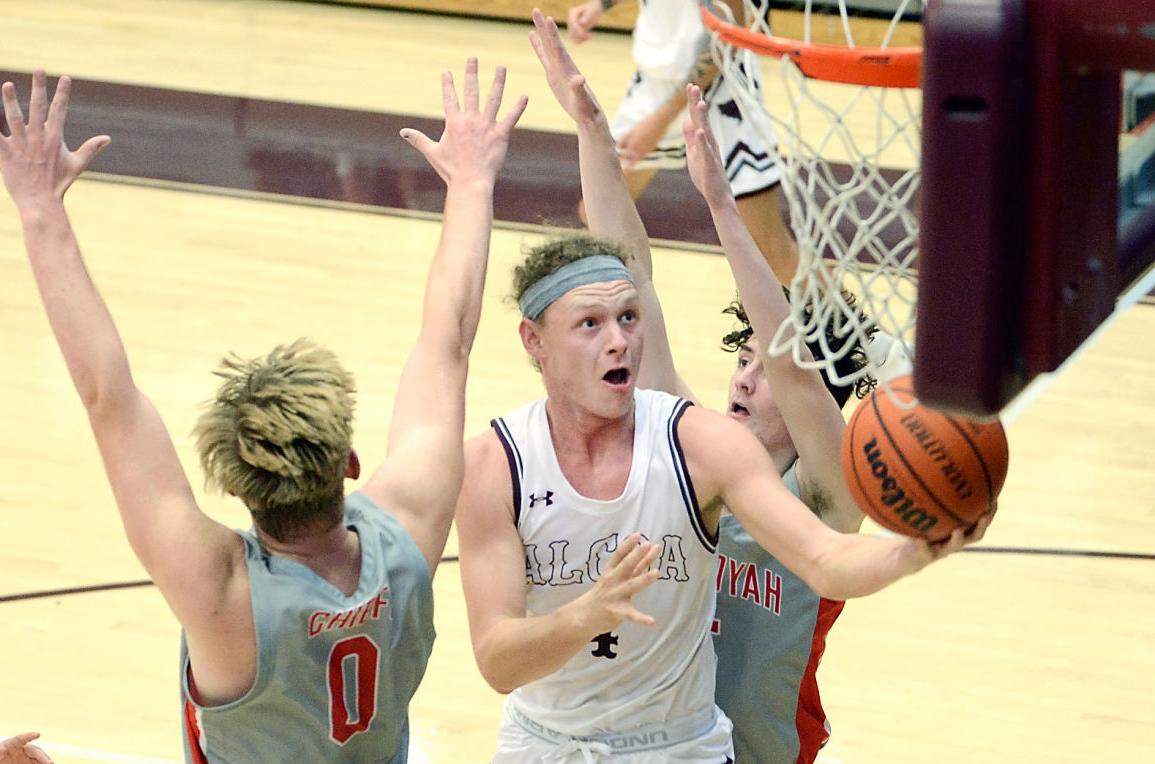 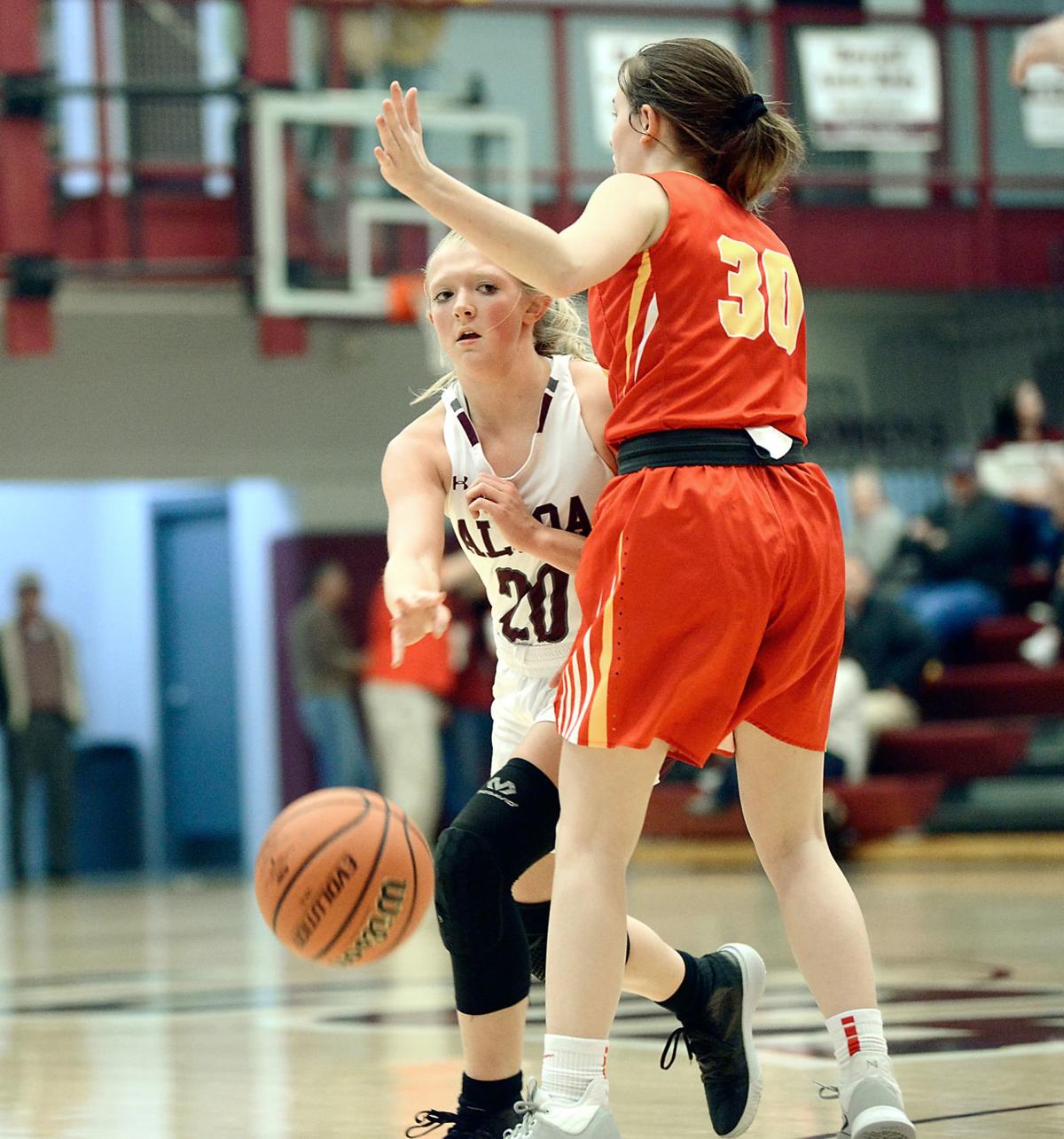 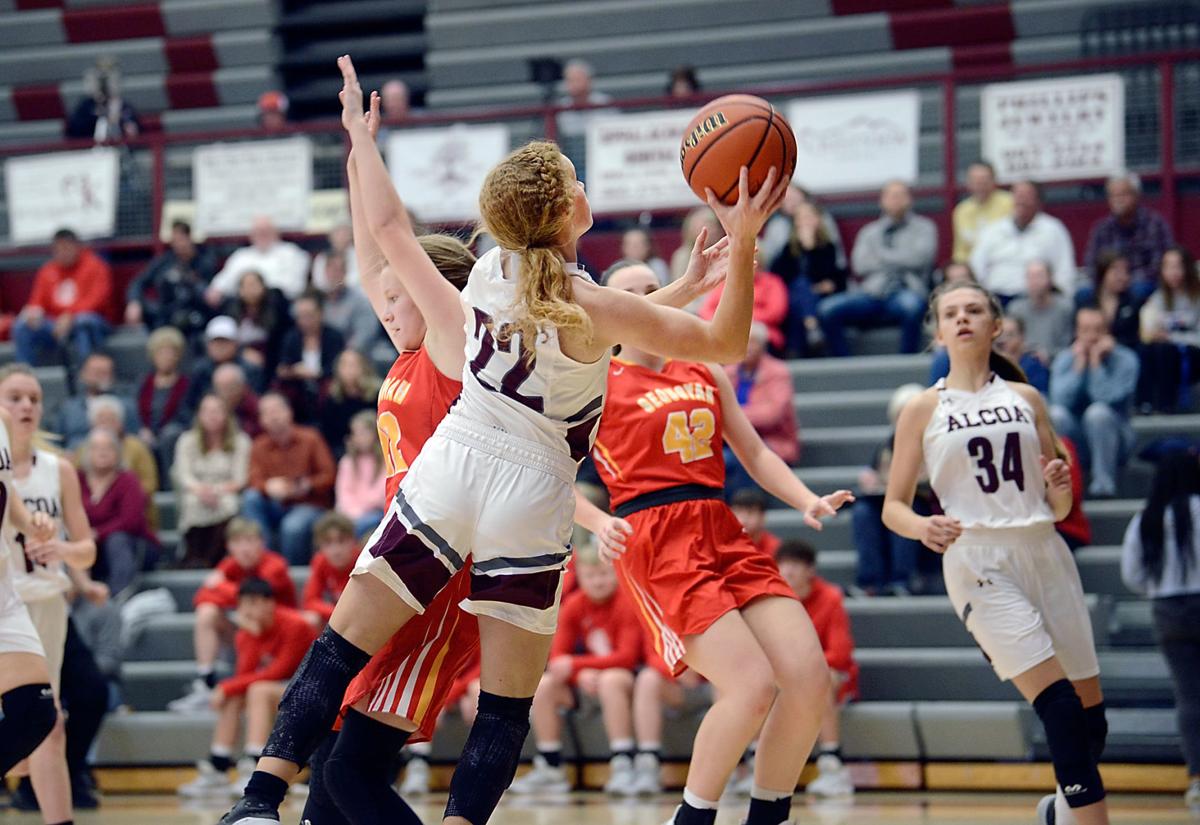 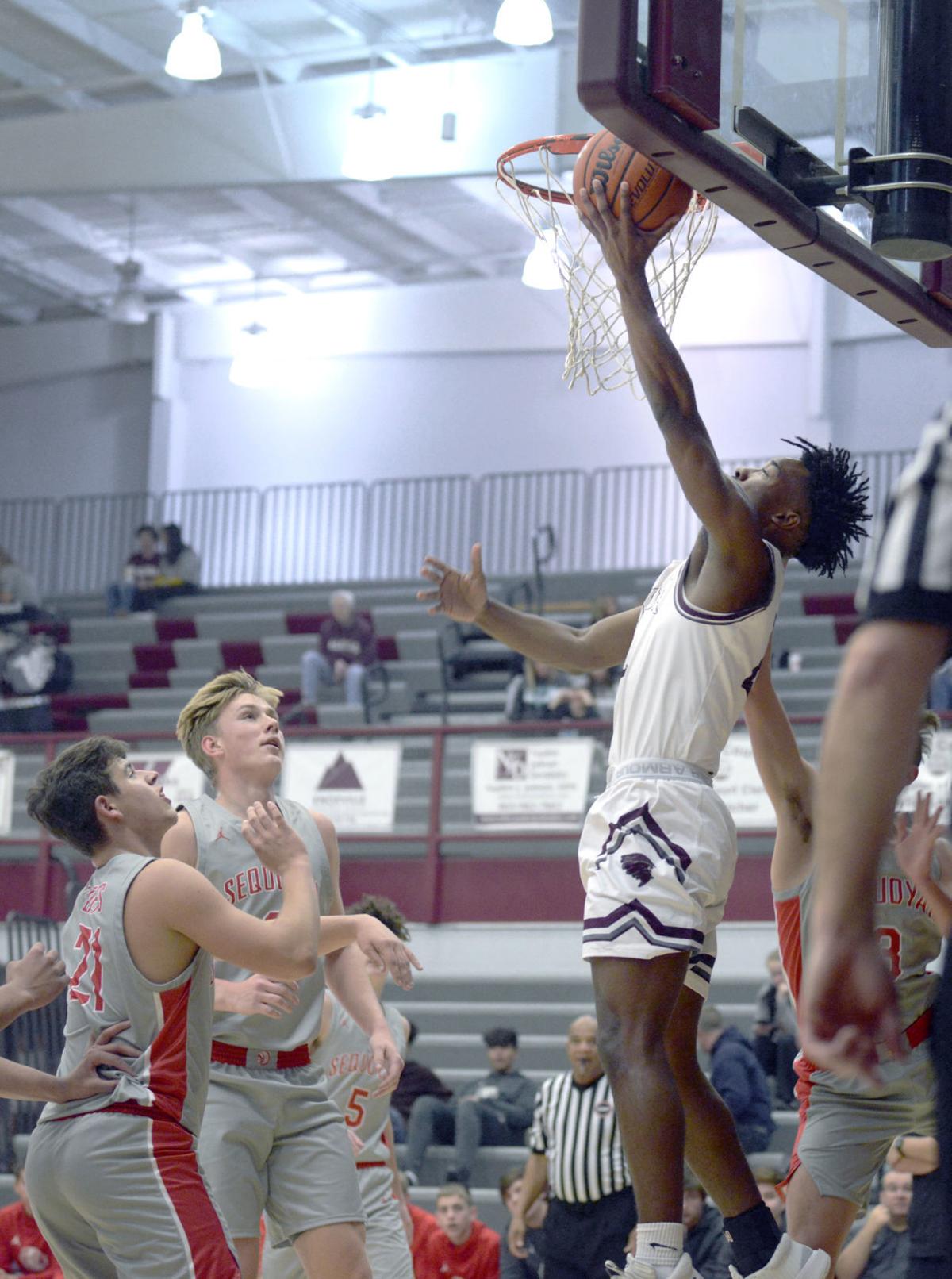 Alcoa’s JuJuan Ware (2) drives under the basket for a layup against Sequoyah Monday night at Alcoa.

Alcoa’s Nick Roberts (4) sinks one of his eight 3-pointers against Sequoyah on Monday at Alcoa.

Alcoa’s JuJuan Ware (2) drives under the basket for a layup against Sequoyah Monday night at Alcoa.

Nick Roberts first shot — a 3-pointer one minute, 11 seconds into Monday’s meeting with Sequoyah — hit nothing but net, and the rest was history.

The senior got into a rhythm early and never lost it, scoring a team-high 28 points to lead Alcoa to a 69-54 victory.

“Usually if I come out and hit my first one, I feel pretty confident the rest of the way,” Roberts told The Daily Times. “I always feel confident in my shot, and I know even if I’m not hitting my guys are still going to cheer me on to keep shooting it.”

Roberts didn’t need encouragement from his teammates, he just needed them to get him the ball.

He hit eight 3-pointers, six of which came in the first half to tack the Tornadoes to a nine-point halftime lead.

“Nick definitely had the hot hand early, and what’s important is our team realized that and continued to find him shots,” Alcoa coach Ryan Collins said. “He’s a kid that has really worked hard to excel in the moment offensively, and tonight he just kind of capitalized on that. That was really good to see because right now he has to kind of shoulder the load, to an extent, offensively.”

Roberts’ final two long-distance makes came in the final 2:03 of the third quarter during a 12-2 run that spoiled a comeback attempt from the Chiefs.

A layup by Jackson Kuberka brought Sequoyah within six points, but Alcoa responded with a 3-pointer from TJ Martin, a Taishawn Cates and-one and Roberts’ first second-half three on consecutive possessions.

“I think the mindset of our team has to shift a little bit because in the first seven games our mindset is we can outscore somebody, and we don’t have to lock in with a sense of urgency on this trip defensively because we’ll score offensively on the next trip,” Collins said. “I think you saw some of that, but the good news is anytime we face adversity or the other team gives us their best shot, we’ve answered it. That’s kind of become our identity and our DNA, and that’s something that is great to see.”

Nate Marsh (12), Martin (11) and Cates (10) scored in double figures and JuJuan Ware added eight points. Nobody else scored for the Tornadoes, who played with eight players and are awaiting the arrival of football players Cam Burden, Isiah Cox, Ahmaudd Sankey, Ronald Jackson and Caden Tollett soon.

“It will definitely help to add great players and great teammates,” Roberts said. “I love the guys we have right now, and I believe in every single of them, but I’m excited to get more weapons to put out there.”

An influx of promising young players has gifted Alcoa with the depth it lacked at times a season ago.

The benefits of that showed in the first half as the Lady Tornadoes built a 24-point halftime lead behind their stifling press defense, good ball movement and a bevy of points in the paint, but the downfall of relying on inexperience also surfaced after the intermission.

“I think we played to the score in the second half. I don’t think we played with the effort and intensity we needed to play with,” Alcoa coach David Baumann said. “We changed up and quit pressing (with a big lead), but there are going to be times this year where we can’t press people and we’ll have to learn how to play good half-court defense.”

“(Our depth) allows us to press and build some leads like that at times, but we’re still a young, immature team,” Baumann said. “We’re still trying to find our way. We need to be sure that we play to the standard we want to play with regardless of what the score is.”