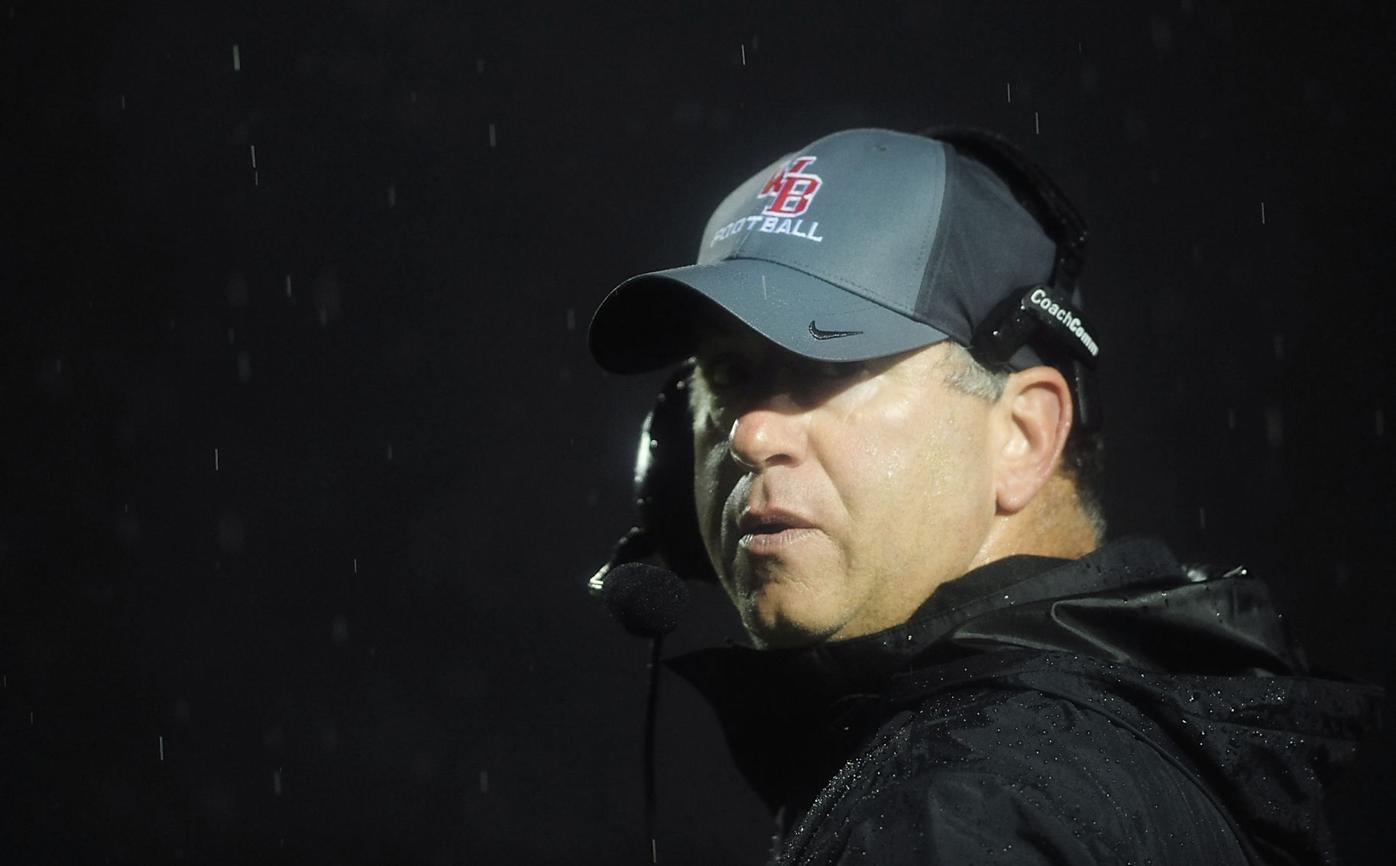 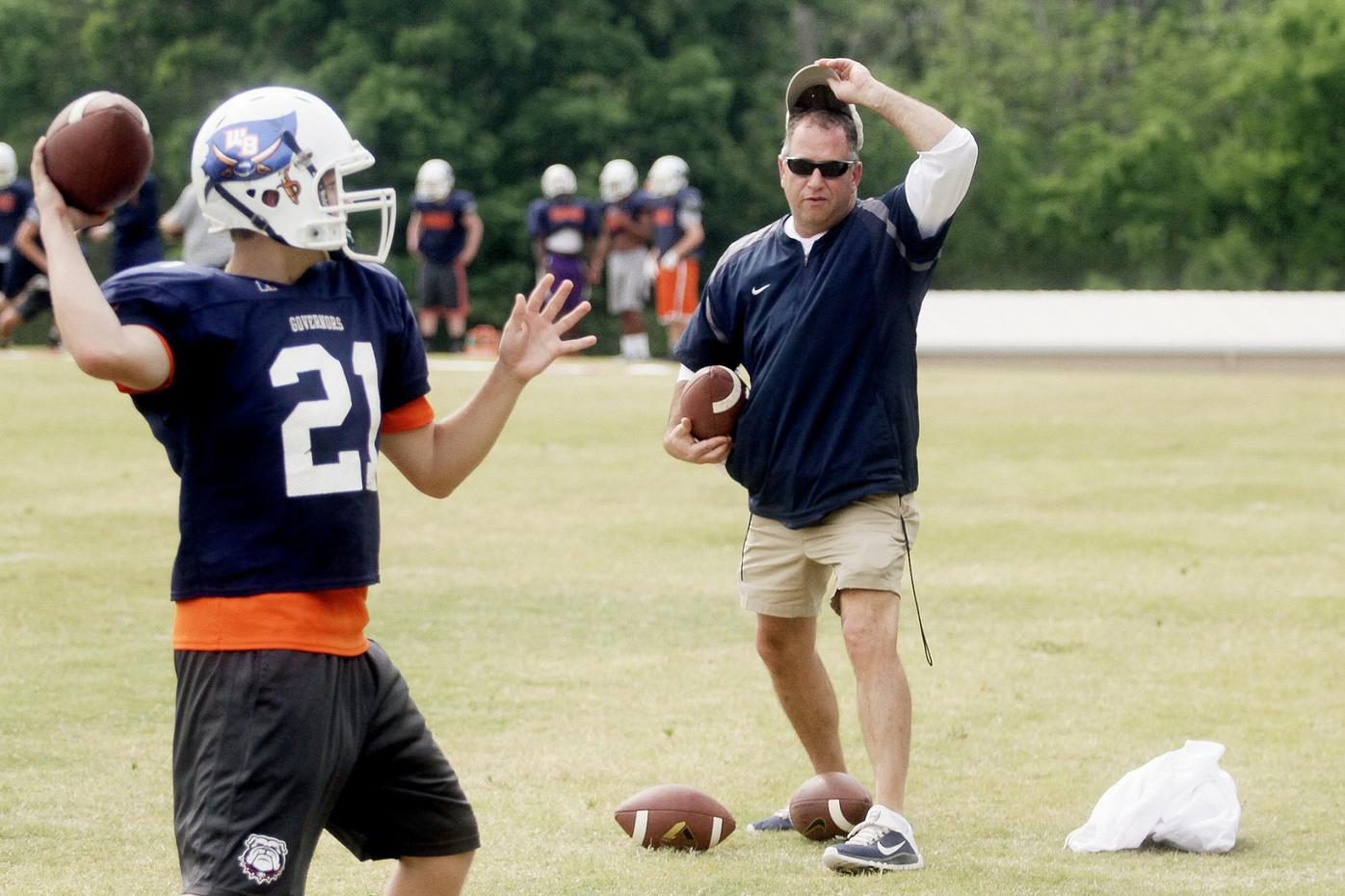 William Blount coach Philip Shadowens works with the quarterbacks during a spring practice on May 14, 2015, at William Blount High School. 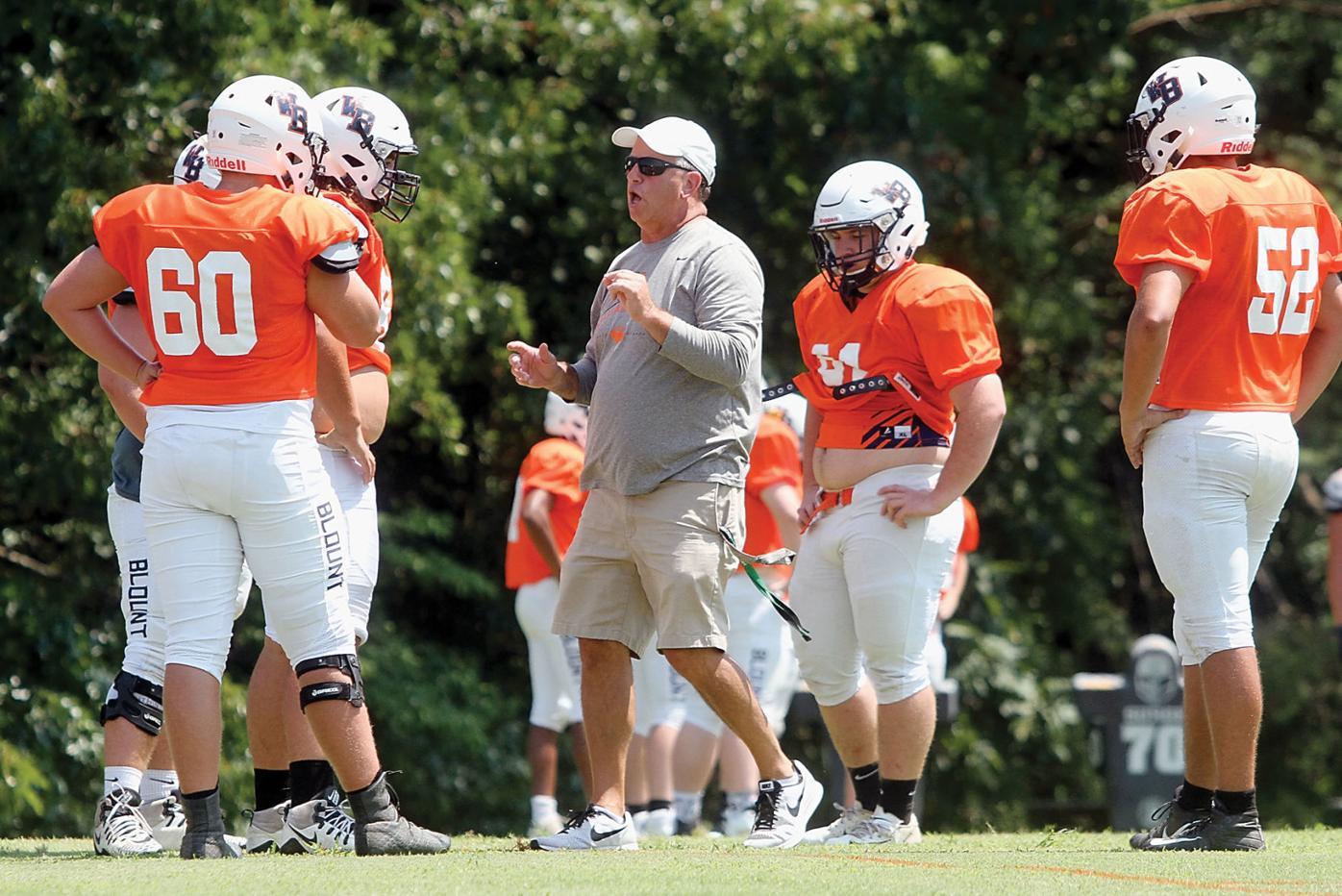 William Blount coach Philip Shadowens talks to linemen during the first official practice prior to the 2019 season on July 29.

William Blount coach Philip Shadowens works with the quarterbacks during a spring practice on May 14, 2015, at William Blount High School.

William Blount coach Philip Shadowens talks to linemen during the first official practice prior to the 2019 season on July 29.

The past few months have been difficult for Philip Shadowens.

The William Blount football coach had some minor health issues crop up midway through the season, and those ailments have persisted into the new year, forcing him to take a break from football.

Shadowens announced his resignation from the program Monday, informing his team of the decision during school hours.

“Everything is going to be fine, but I’m just 54 years old, and I have to make sure that I’m taking care of me for my family,” Shadowens told The Daily Times. “I just need to step back, and it may be for a month, it may be for two months or it may be for a long time — who knows — but I need to focus on my family, my health, making sure I’m doing everything that I’m supposed to be doing to get back to the health I’ve always had throughout my life because I haven’t really been able to enjoy the last few months.”

The search for a new coach will begin immediately.

“In my opinion, William Blount and Heritage are two of the hardest jobs around,” William Blount athletic director Scott Cupp said. “You have two absolute powerhouses within 10 miles that have dominated for the last 20 years. Knowing that, the next coach has to be ready to work as hard as humanly possible to develop the players we currently have and to ensure those in the pipeline come here.

“The good news is we have a very deep and talented pool of assistants right now. These guys will keep the program going while we search for the next football coach at William Blount High School.”

Shadowens posted a 17-56 record, including a 6-37 mark in region play, during his seven-year tenure that included three playoff appearances.

The Governors automatically qualified for the postseason in 2015 and 2016 when all 32 Class 6A teams advanced to the playoffs. They notched their first non-guaranteed playoff berth since 2007 in 2019, defeating Cleveland in the penultimate game of the regular season before beating Lenoir City in the finale to vault Cleveland and Ooltewah in the standings via tiebreaker.

William Blount lost in the first round, twice to Oakland and once to Dobyns-Bennett, in all three instances.

“To have kids that have bought in and played as hard as our kids have played, regardless of talent level, that’s what I think about when I think about William Blount,” Shadowens said. “I think about the relationships with the kids that I’ve had over the years and a small group of parents that have done so much for us as a family. I’m appreciative of that.

“Seven years is a long time to battle. What I wanted to do at William Blount, obviously, was to win games, and we couldn’t win enough of those, but I also wanted to give some stability to kids who had been through so many coaches. That’s probably why I stayed so long, to be honest, because I thought that was fair.”

“I would like to thank Coach Shad for his tireless work he has put in at William Blount the last seven years,” Cupp added. “While his win-loss record was not what he or anyone wanted, his love and care for his players was exceptional. Winning games is very important, and we all like to win, but in high school sports it is also important to help the student-athlete become quality adults. Coach Shadowens has done just that.

“I also want to thank Philip for being a true family man. He is an incredible husband, father, and grandfather. His players and his coaches have seen that firsthand, and I believe that will help others as they have families of their own.”

Shadowens spent 21 seasons as a head coach in Rutherford County before coming to William Blount on March 20, 2015. He coached at Smyrna for 14 years, leading the Bulldogs to back-to-back Class 5A state championships in 2006-07 before taking over at Blackman in 2009. The Blaze reached the Class 6A playoffs in all six seasons under Shadowens, advancing to the semifinals once and the quarterfinals two other times.

Shadowens has a career record of 196-134, and he is confident he will return to coaching in the future once he gets his health back on track.

“I see myself getting back on the sidelines,” Shadowens said. “I just need a few weeks to focus on getting everything back health-wise with me. I’ve never had to worry about that, but I have for the last few months. I don’t know what’s going on, but I know it’s nothing catastrophic.

“I don’t know, I may be coaching in three months somewhere or I may not. My philosophy has always been to let God lead me where he wants me to go, and that’s what I’m going to do.”

Over/under on being "miraculously cured" and landing an HC job at a better program? One month? Three?