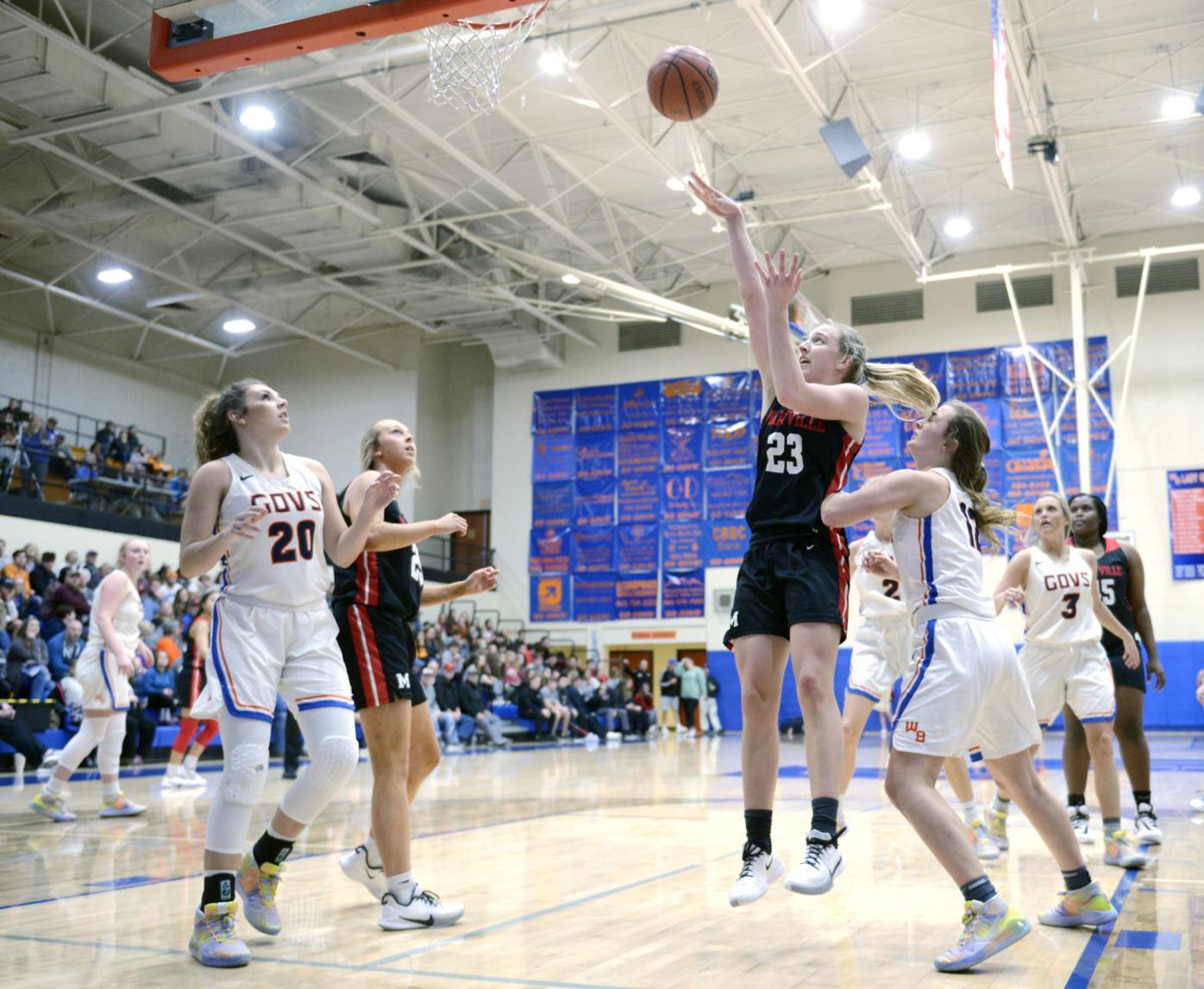 Maryville’s Denae Fritz (23) converts a steal into a quick score against the Lady Governors Friday night in the Lady Rebels’ win at William Blount. 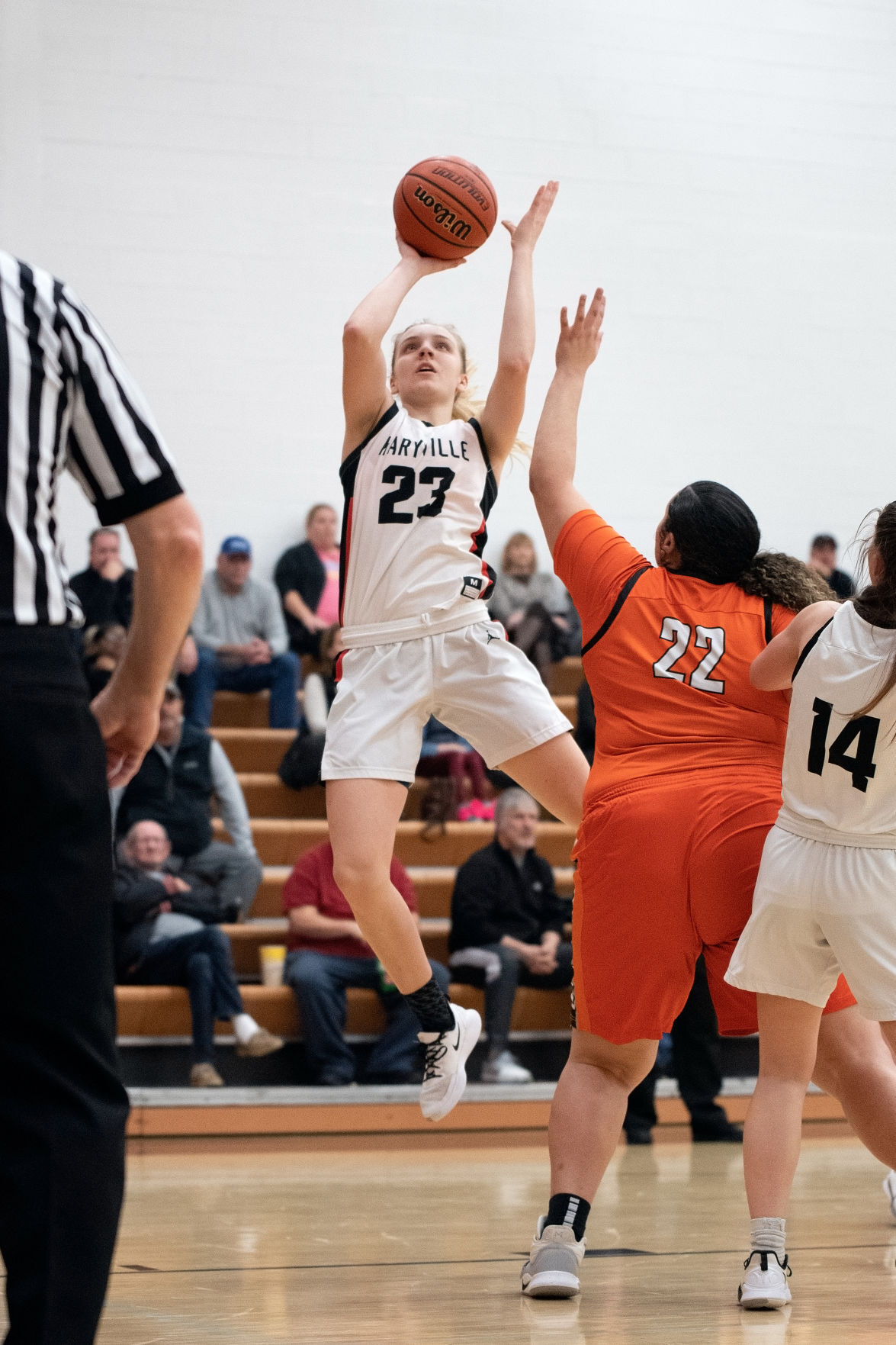 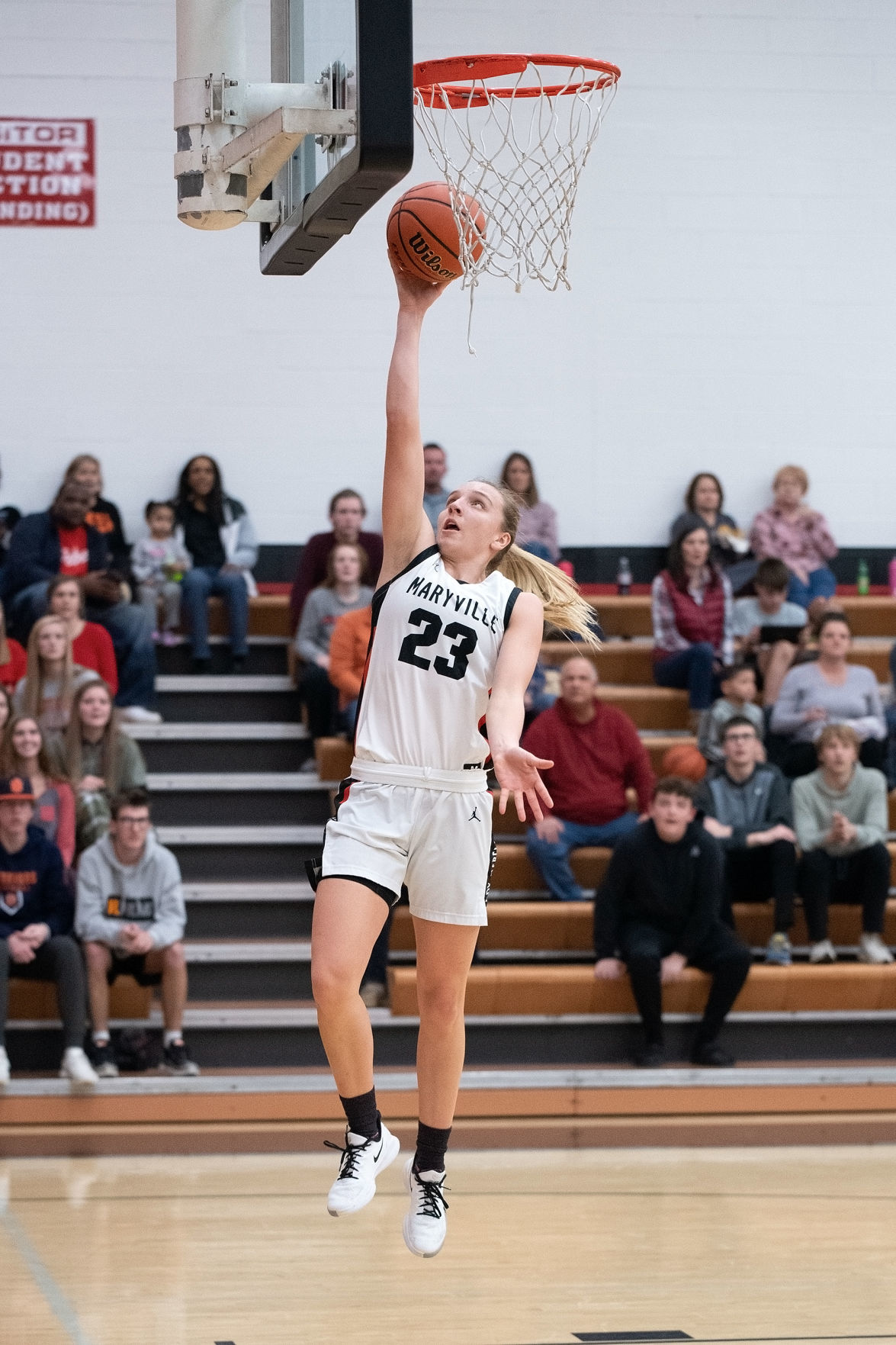 Maryville’s Denae Fritz goes in for a layup Dec. 6 against William Blount.

Maryville’s Denae Fritz (23) converts a steal into a quick score against the Lady Governors Friday night in the Lady Rebels’ win at William Blount.

Maryville’s Denae Fritz goes in for a layup Dec. 6 against William Blount.

Denae Fritz is often the best player on the court, and she knows it.

The Maryville junior plays with confidence that is easy to spot. There is the brazen strut down court after a made basket, the claps that follow when she starts to feel it and the occasional stare down.

It may not be for everybody, but nobody doubts that she backs it up with her play.

“Everyone has to kind of have the idea that you need to be the best you can be out there for your team,” Fritz told The Daily Times. “When you play with that confidence, you can just see that you do better in games instead of doubting yourself all the time.”

There was no doubt when it came to naming Fritz the All-Daily Times Girls Basketball Player of the Year after she averaged 22.0 points and 11.8 rebounds per game to lead Maryville to its first spot in the Class AAA BlueCross Basketball Championships since 1999.

Fritz tallied 13 points and eight rebounds per game as a sophomore, but her mentality changed over the summer following the graduation of Lindsey Taylor and Courtney Carruthers.

Those two carried the Lady Rebels deep into the postseason before suffering a sectional loss to Science Hill — one victory away from ending the state tournament drought a year earlier.

“I knew I was going to have to fill some big shoes, and I realized that I was good enough to be that person,” Fritz said.

He remembers attending Coulter Grove Middle School games to watch his daughter, Taylor, and leaving with excitement about the talent that would soon be a part of his program.

“Denae would come off the bench and I’m thinking, ‘Why is Denae coming off the bench,’” West said. “You always knew. Even in the fourth and fifth grade, you could see that she had a little something to her.”

Fritz made a name for herself as a guard during her early playing days, but her prolific junior campaign and the team success that stemmed from it was caused by a move to the post that allowed Maryville to employ a potent small-ball lineup.

Teams could choose to double team her at the expense of leaving one of Maryville’s many proficient 3-point shooters open on the perimeter or guard her one-on-one, usually with somebody who had a significant athletic disadvantage.

“It was fine with me because if it was going to help us win games, I was all for it,” Fritz said. “I think that just shows to everybody that I’m willing to play whatever position the team needs me to be successful.”

“She was always the best player on the floor, the best player in the area and one of the best players in the state, but she didn’t push herself over her teammates, which is what was so great about her,” West said. “Not one time ever did Denae come to me and say, ‘I need more shots,’ or ‘I think you need to run more of this for me.’

“She was always going to do what was best for the team, and that’s pretty special whenever you have a player of that caliber who is willing to sacrifice that much.”

Collegiate programs took notice of Fritz’s talent and the desire to win at all costs.

Regional mid-majors made up most of her recruitment until she was named a TSSAA Class AAA Miss Basketball finalist. She picked up offers from Cincinnati and BYU and was in contact with Clemson and Georgia Tech in recent weeks before committing to Belmont on Wednesday.

Fritz told The Daily Times the day before her commitment that she has wanted to play at the Power 5 level, but that her decision would be based on “the best fit for her.”

With her collegiate future secured, she can now focus solely on a senior season that is sure to include several more accolades, including becoming the first player in program history to eclipse 2,000 points and 1,000 rebounds.

“I think she’s already the best player in program history,” West said. “Now, it’s about what she can do that is going to make her career astronomical and maybe become the best player that has ever come out of this county.”

Fritz should have no problem entering that conversation if her current career trajectory continues, but all the confidence she boasts is balanced by a semblance of humility.

None of the individual accolades mean anything to Fritz if they do not help Maryville win its first state championship in the final game of her career.

“You can’t just settle because somebody says something like that,” Fritz said. “It’s great, and you have to acknowledge that people are saying that about you, but I also think that you have to keep working to get better and better.”