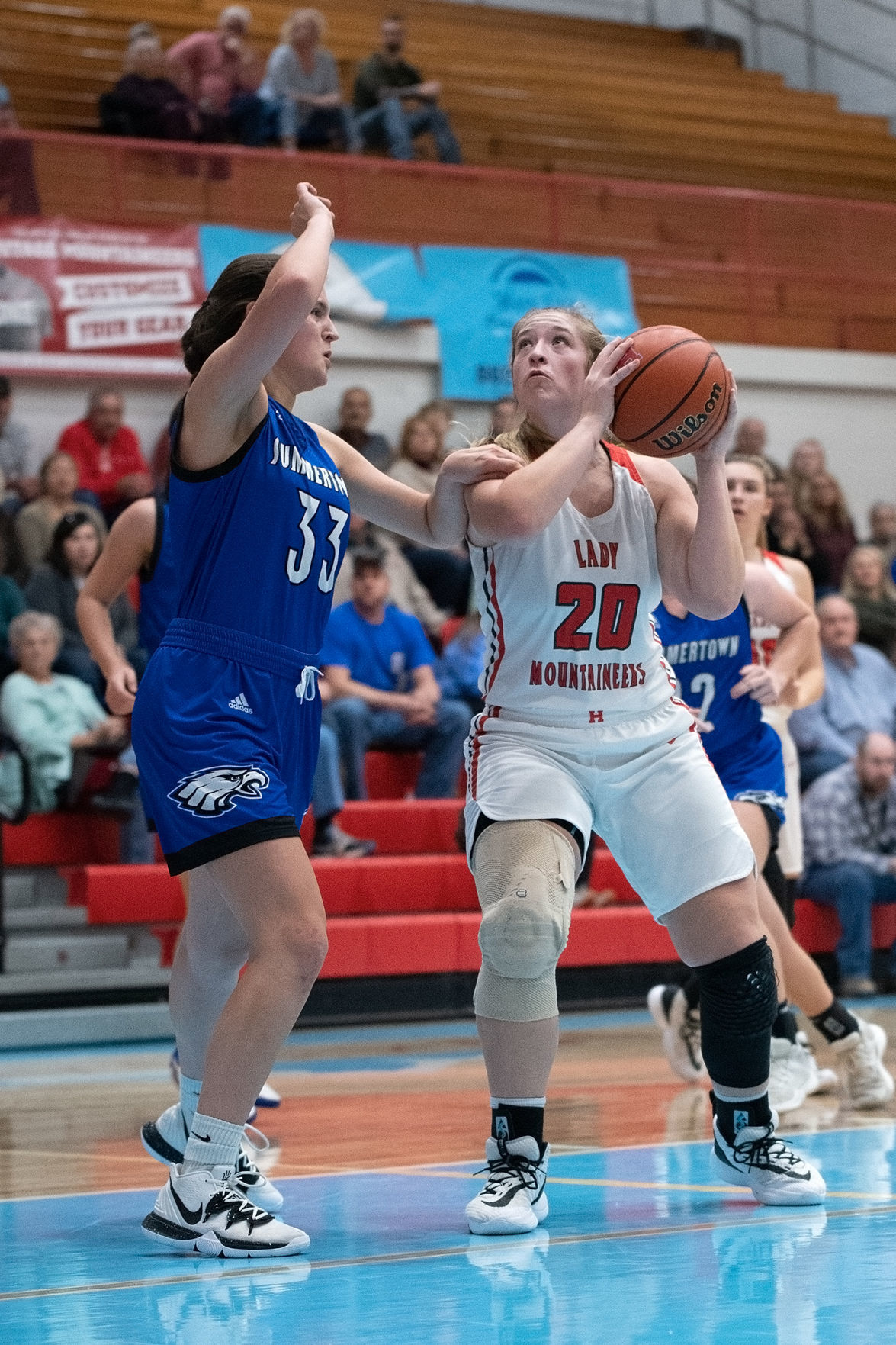 Heritage’s Emma Harig goes up for a shot against Summertown’s Rylee Long on Dec. 20. 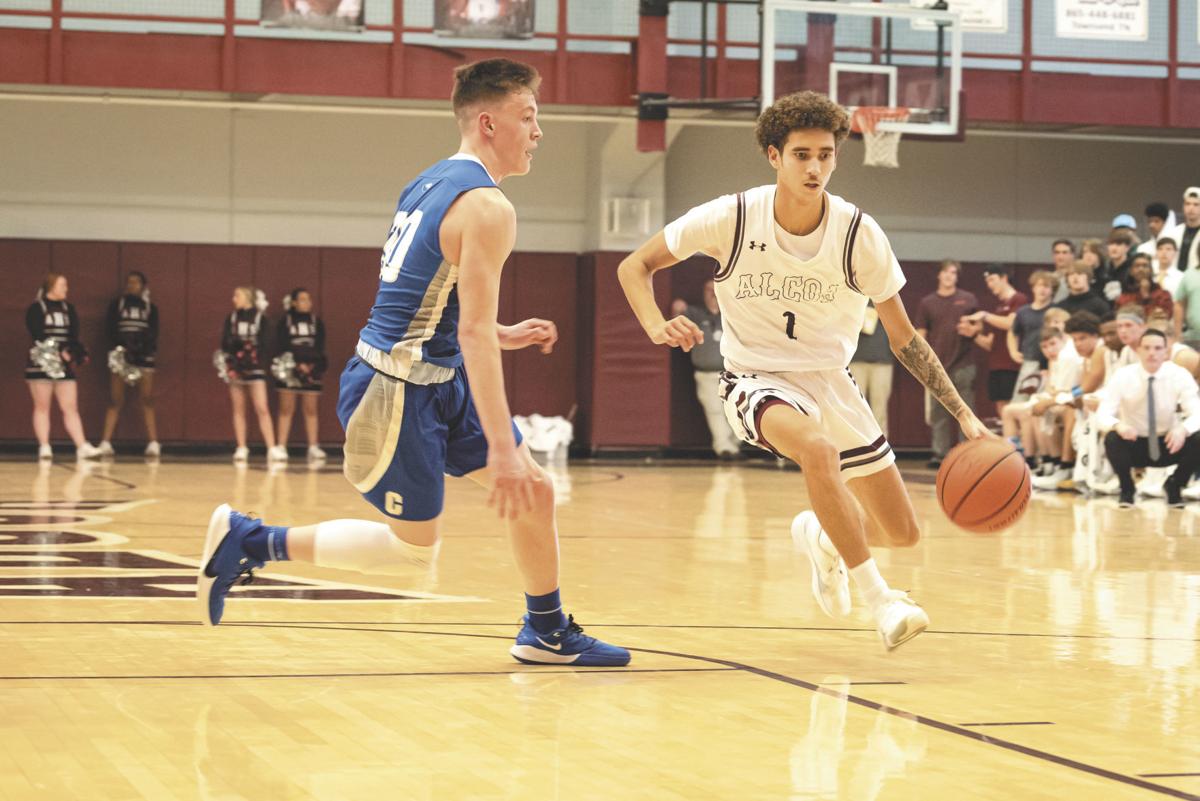 Alcoa senior T.J. Martin (right) dashes down court against the Cosby Eagles on Jan. 6 in a close first half. 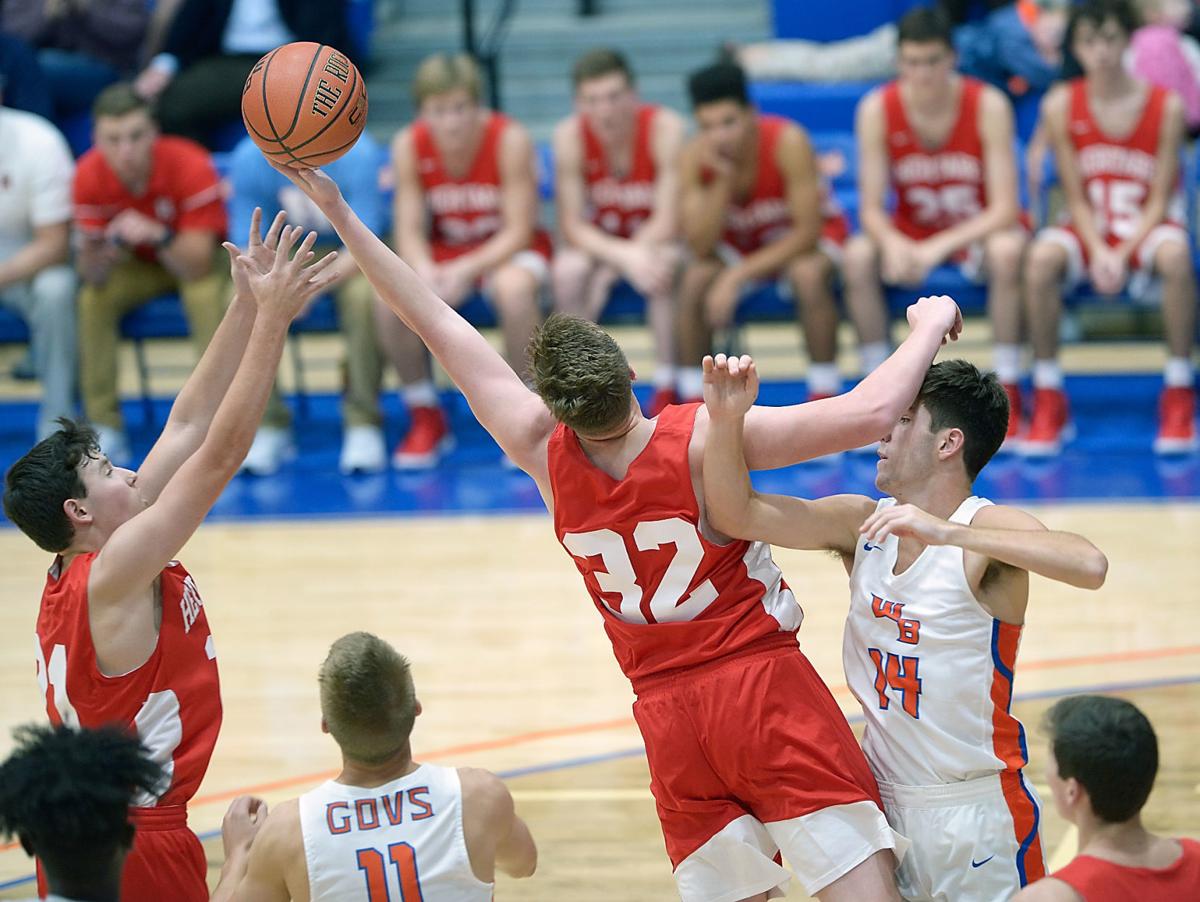 Heritage’s Jacob Powell (32) pulls down a rebound against William Blount in the fourth quarter of the Blount County jamboree on Nov. 8, 2018.

Heritage’s Emma Harig goes up for a shot against Summertown’s Rylee Long on Dec. 20.

Alcoa senior T.J. Martin (right) dashes down court against the Cosby Eagles on Jan. 6 in a close first half.

Heritage’s Jacob Powell (32) pulls down a rebound against William Blount in the fourth quarter of the Blount County jamboree on Nov. 8, 2018.

Heritage is riding a 10-game winning streak that is impressive all by itself, but the Lady Mountaineers can really make an impression by extending their run on tonight.

Heritage, which is No. 5 in this week’s Associated Press Class AAA state rankings, plays host to No. 2-ranked Bearden at 6 p.m. Like the Lady Mountaineers, the Lady Bulldogs (17-1, 5-0 District 4-AAA) have lost only once this season.

The Lady Mountaineers’ only loss came against district foe Farragut on Dec. 10, and it served as a reminder of how strong the league is. They had won their first six games by an average of 28.8 points before falling to Farragut by eight.

As tough as today’s game is, Heritage coach Rick Howard said the key is to approach it like any other game.

“We have so many really good teams in our district,” Howard said. “They’re ranked No. 2 so you try to get them a little more fired up about it, but if it was William Blount or anybody else, Maryville, we’d get ready for it the same way.”

The Lady Mountaineers (16-1, 4-1) are off to their best start in years in large part to the elite chemistry that has resulted in a selfless approach from every player.

Heritage’s ability to share the ball will be tested like never before against Bearden, which Howard said is one of the best rebounding teams he has seen this season.

Blessed with towering height, the Lady Bulldogs rarely give up offensive rebounds and are great at scoring second-chance points. Bearden beat Farragut — the only team Heritage has lost to — by nine points in December. Howard said he estimated Bearden scored 18 second-chance points that night.

The Lady Mountaineers’ margin for error on Tuesday will be miniscule, but if any of his teams is capable of meeting the challenge, Howard said, it’s this one.

“You have to have more than one shot against Bearden if you’re going to beat them. You can’t be one and done every time.”

Good luck finding a more difficult schedule than the one Alcoa’s boys are in the middle of.

Last week the Tornadoes lost No. 5-ranked (Div. II-A) Knoxville Webb and reigning Class AA state runner-up Fulton. On today, they will play host to Huntsville Scott, an undefeated District 4-AA foe ranked No. 3 in the state, and travel to Maryville — the state’s No. 11-ranked team in Class AAA.

Though the first two games in the stretch did not go well, coach Ryan Collins said his team has a chance to prove something important this week.

“I’m looking for a response,” Collins said. “The Fulton game, we got knocked down to the mat, and how the team responds in the next game against another very quality opponent can tell you a lot about the character you have in the locker room.

Seymour is among the girls teams experiencing a nice step in the right direction this season, and there is a strong chance the Lady Eagles will add a rare feather to their caps.

Maci Pitner eclipsed the 1,000-point mark for her career on Dec. 30. If Aebri Graham shoots it well in the coming weeks, she could reach that milestone, too, by the end of January. If that happens, coach Greg Hernandez said, it would be the first time in school history two Seymour girls players accomplish it in the same season.

It would be a highlight of what is already good season. Last season, Seymour went 12-15 overall and 3-9 against District 2-AAA competition. The Lady Eagles finished sixth out of seven teams in district play and beat only seventh-place South-Doyle in the district tournament before being eliminated by Sevier County.

Seymour (8-9, 4-2) is coming off a win over Sevier County and is tied for second. The Lady Eagles will take on first-place Jefferson County on the road today before playing host to South-Doyle on Friday.

Fittingly, Pitner will be honored for her 1,000 career points on Friday night.

Blount County basketball fans are in for a treat this week with a pair of rivalry doubleheaders on back-to-back days.

At 6 p.m. on Thursday, Maryville will play host to Alcoa. Heritage will visit William Blount for a 6 p.m. tipoff on Friday. The rivalries have had mixed results over the last two decades.

Over the same time period, Maryville’s boys lead the series against Alcoa 23-14. The Rebels have won three in a row. Before last season when Maryville swept the Tornadoes, the teams had split the season series three seasons in a row.

The Heritage girls lead the series against William Blount 25-18 over the last 18 seasons, but the Lady Governors have won six in a row and 10 of the last 11. The teams met three times last season with William Blount winning all of them by a combined four points.