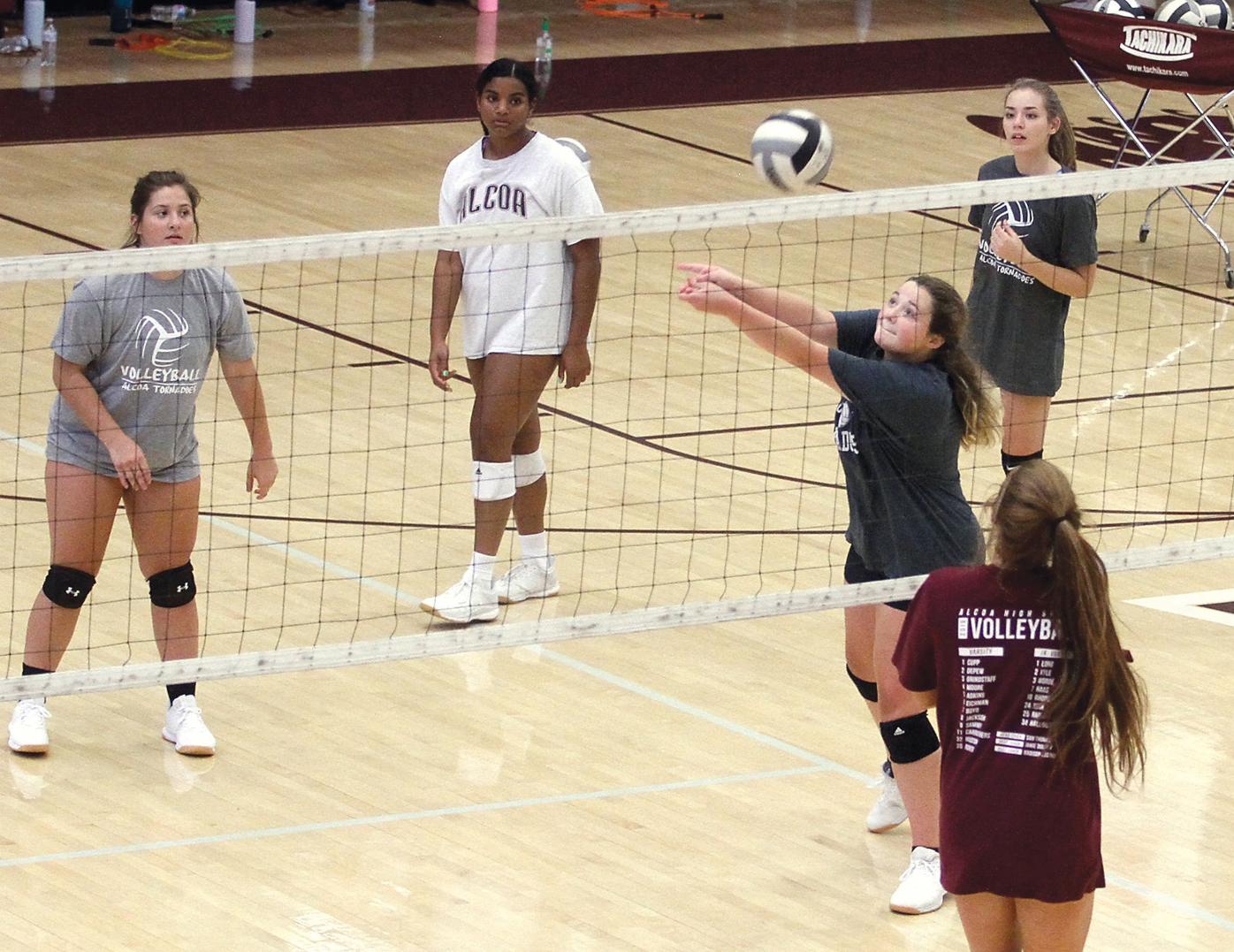 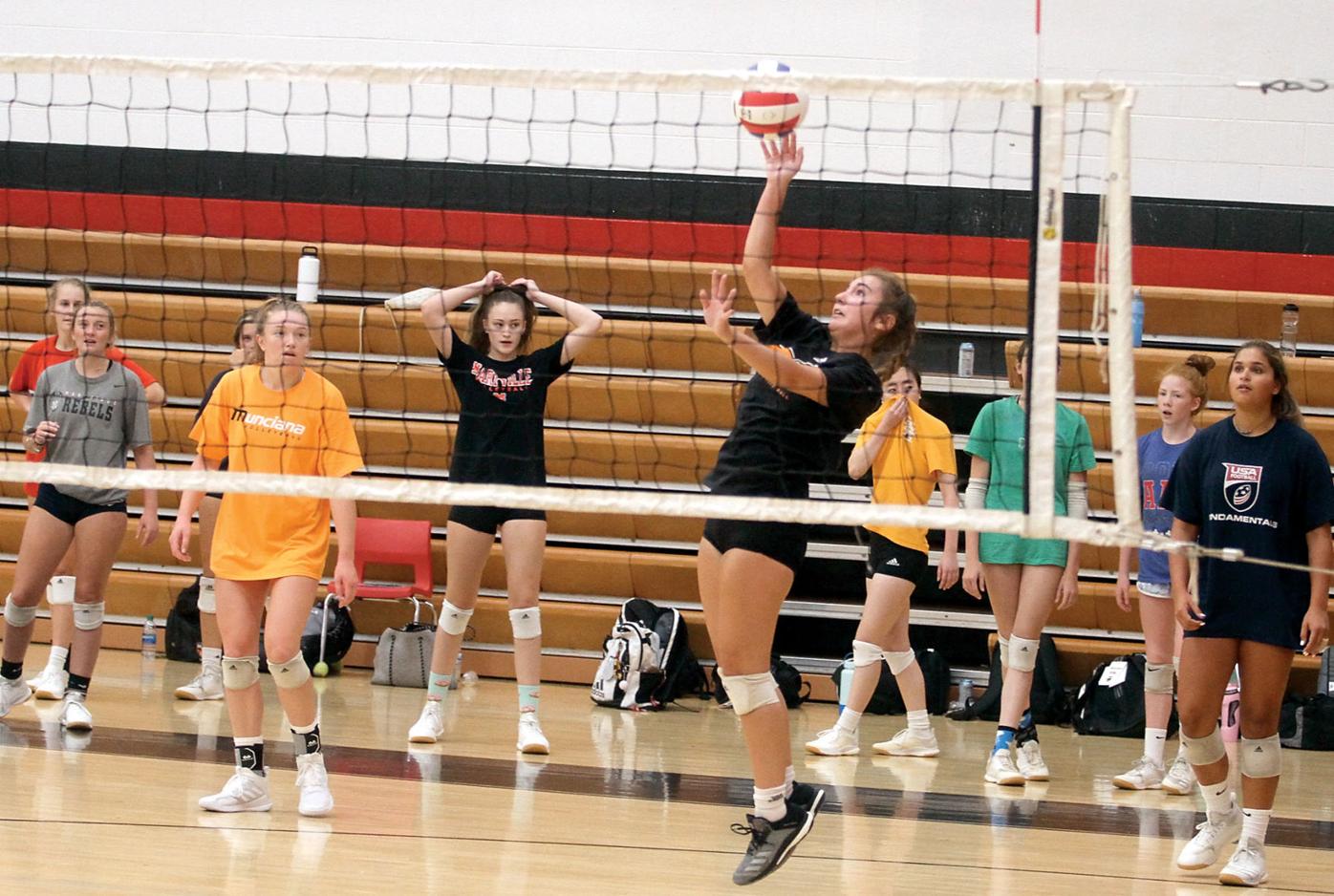 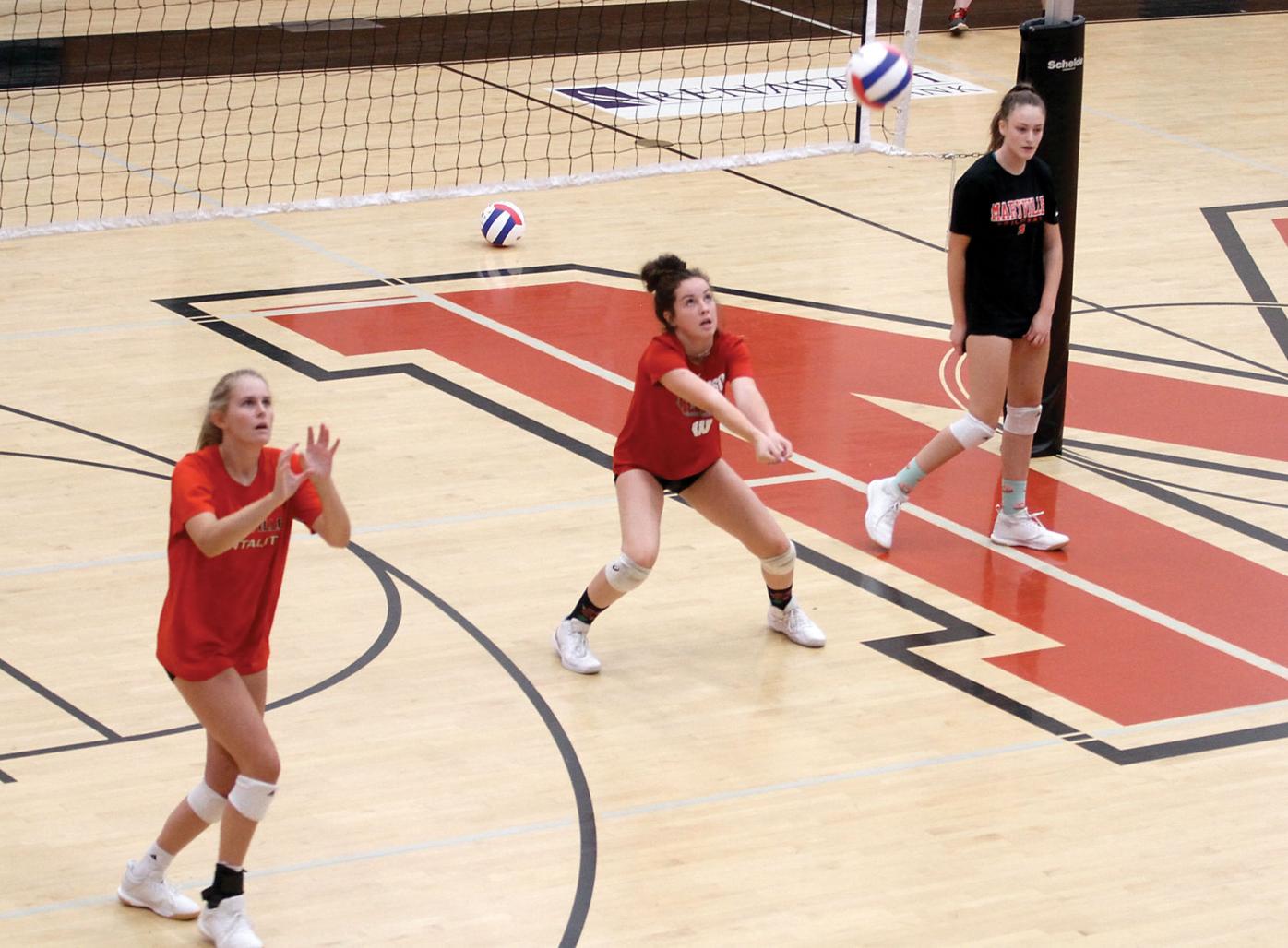 Maryville volleyball players work on setting Monday on the first day of practice. 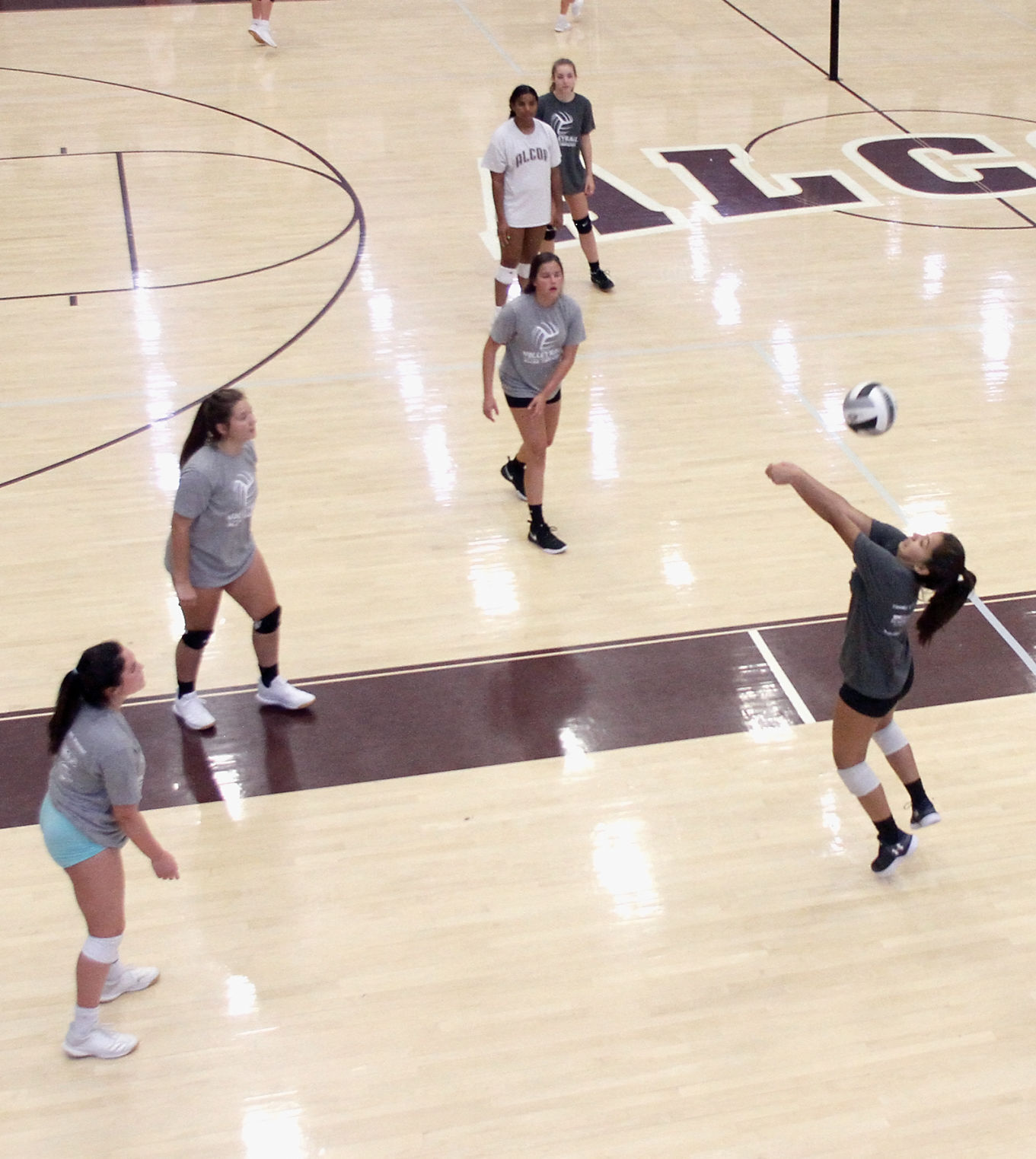 The Alcoa volleyball team works on returning serves in its first practice Monday.

Maryville volleyball players work on setting Monday on the first day of practice.

The Alcoa volleyball team works on returning serves in its first practice Monday.

A new era began at Maryville High School on Monday, but if the Lady Rebels were hoping to be eased into action they were out of luck.

The action was fast and furious inside the Maryville gym on the first day of official practice. Hames, who came to Maryville from Webb School of Knoxville, where she won six Division II-A state championships, knows what it takes to get teams ready to play deep in the postseason.

“Once you get into the season you’re playing 3-4 matches a week,” Hames said. “You really don’t get a ton of practice time. For us to be conditioned to be able to play four matches at our highest level you have to be in here working hard. Every hour we get in here to practice has to be valuable.”

Maryville won the District 4-AAA Tournament last year and was in prime position to make a run to the state tournament. The morning of the regional semifinal match, however, sophomore outside hitter Kylie Hopkins woke up with sharp pain in her stomach and later that night had to have an appendectomy.

Hames, who knows the Knoxville-area volleyball scene as well as anybody because she runs local club K2, said Monday Maryville likely would have beaten Knoxville West that night if Hopkins had been in the lineup. A lot of key players are back this season for the Lady Rebels, and the hopes are high for them to contend for another district title.

Hopkins had an extra hop in her step on Monday because she was back on the court with the Lady Rebels. Hopkins and her teammates are familiar with Hames, so it didn’t take much for them to pick up the speed of the practice.

“It’s an easier transition because of all the girls who already knew (Hames),” Hopkins said. “I think it’s going to go really well. We know most of her drills and her coaching techniques already.”

The upperclassmen for Alcoa also know what to expect from coach Sam Thomas, who also ran the Lady Tornadoes through their first official practice Monday.

Alcoa also is coming off a district tournament title and regional semifinal berth. If the Lady Tornadoes are to repeat that success in 2020, they’ll have to do so with an inordinate number of underclassmen.

Among their 22 players, the Lady Tornadoes have three seniors and two juniors.

That means there is more teaching for Thomas to do than usual this time of year, but he is embracing that approach. He’s also embracing the adjustments he needs to make with COVID-19 precautions.

As the only coach at Monday’s practice, he had to make sure equipment was sanitized and players were washing hands several times throughout the session. He estimated that, because of that, the team can accomplish about two-thirds of what it normally would be able to.

It’s not ideal when there is so much for his young team to learn, but he and his players are committed. Even though volleyball has not been affected by the governor’s state of emergency order, nothing is guaranteed.

If they want to play a season, they have to be careful.

“I don’t think about it as much, but I take precaution outside of the gym because I know I want to come back every day,” Alcoa senior Chrystyn Sammy said. “I try to make sure when I go out I wear a mask, I stay six feet away, I do what I’m supposed to do so that every day we can come back and have another day.”