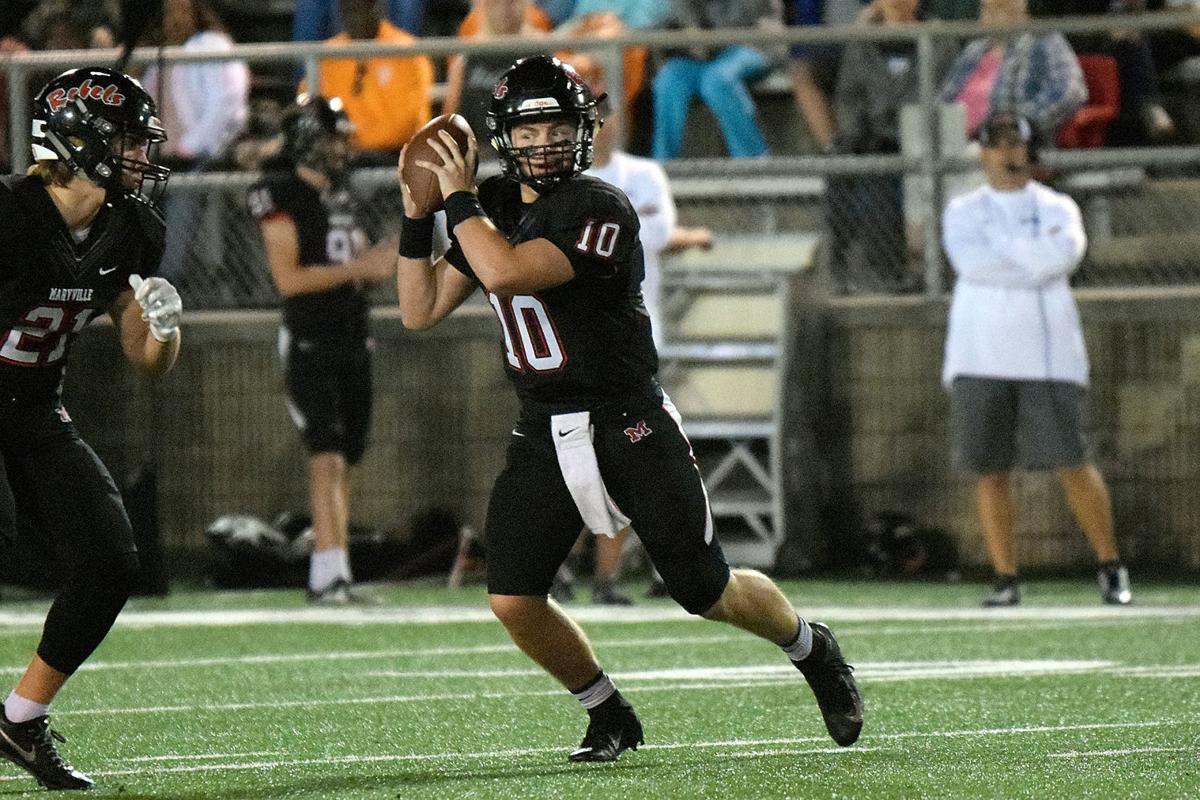 Maryville’s Braden Carnes drops back to pass on Oct. 12 against Ooltewah. Carnes will play his senior season at Greenback. 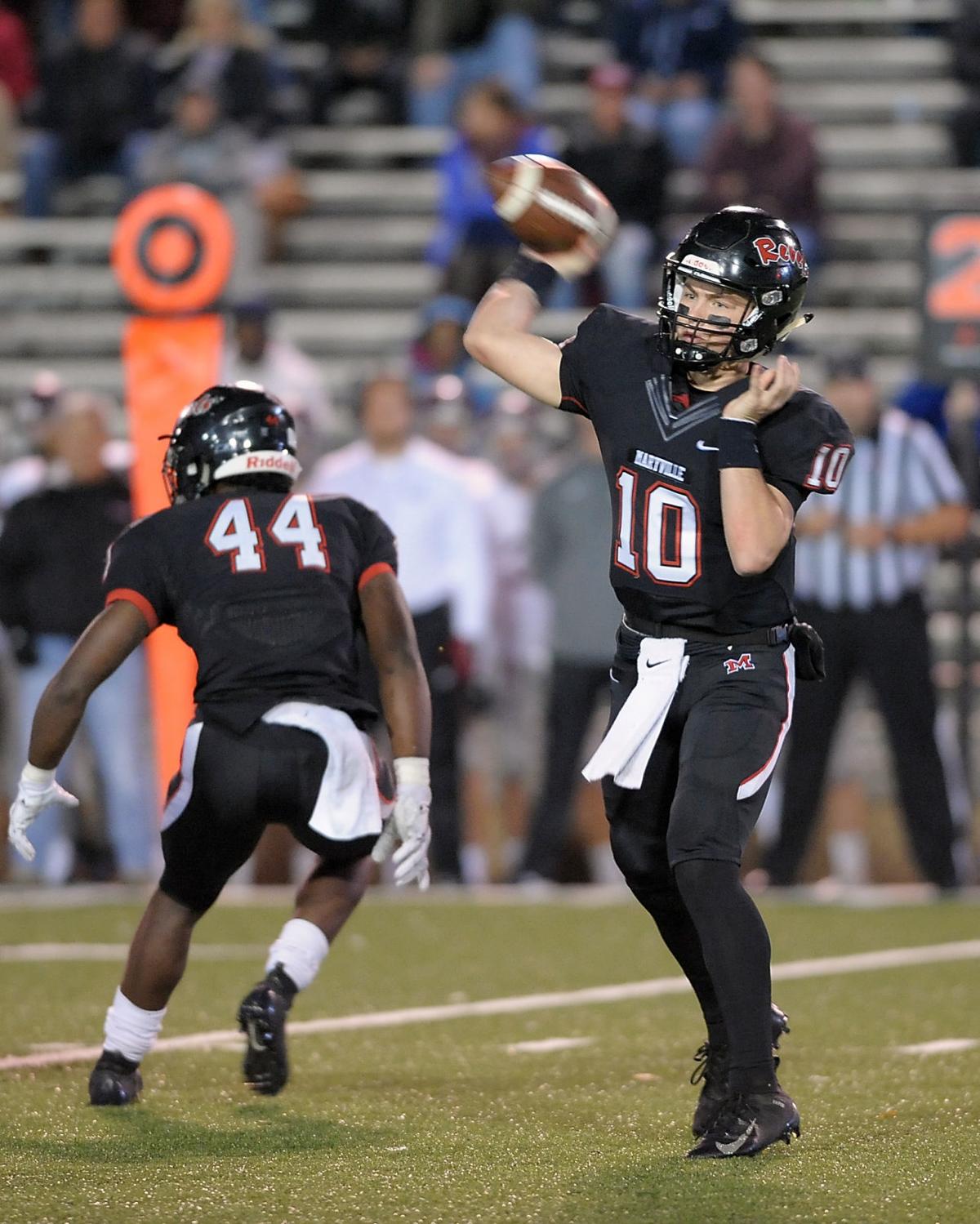 Maryville’s Braden Carnes (10) passes short and to the left in a first-round playoff win over Bearden Nov. 2 at Maryville’s Shields Stadium. Carnes will play his senior season at Greenback. 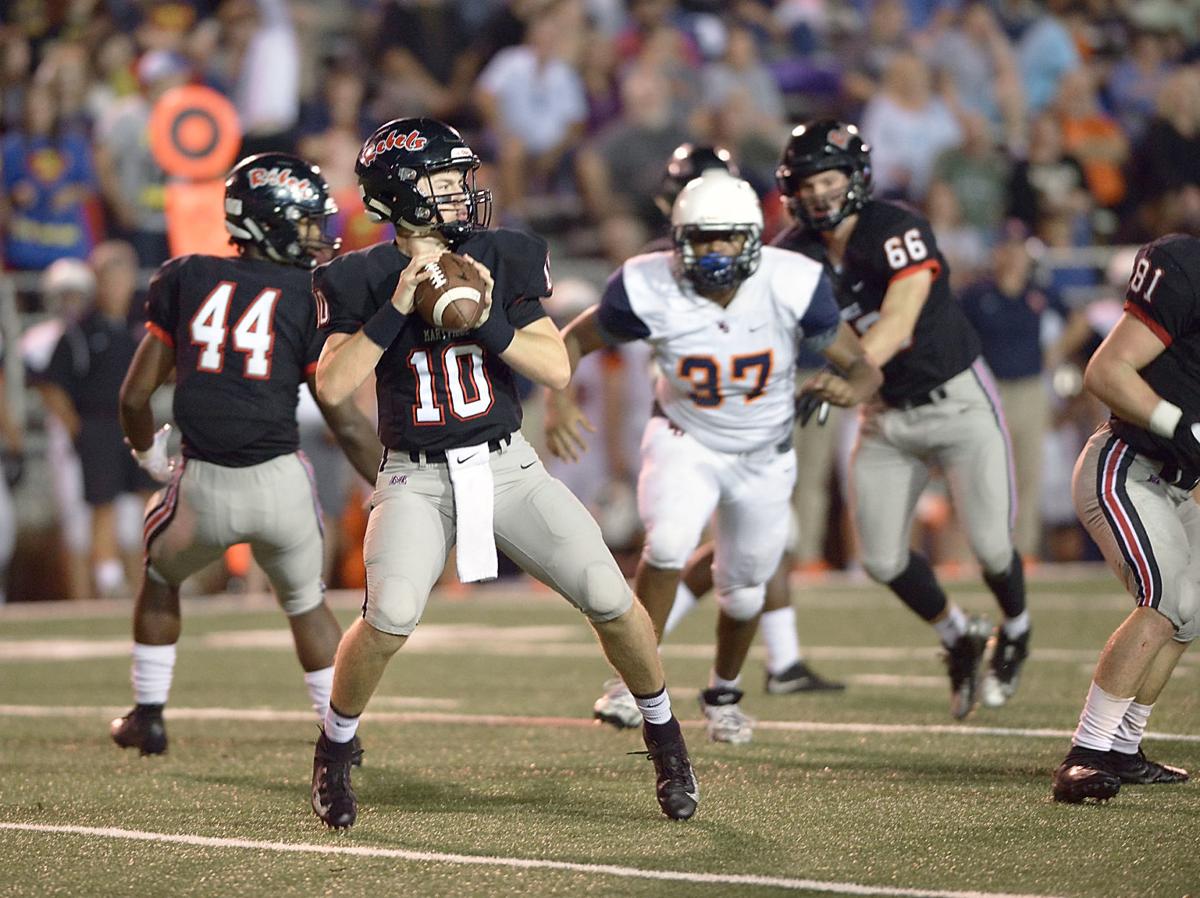 Maryville’s Braden Carnes (10) looks to pass against William Blount Friday night in the Rebels’ home win. Carnes will finish his career at Greenback after transferring this month.

Maryville’s Braden Carnes drops back to pass on Oct. 12 against Ooltewah. Carnes will play his senior season at Greenback.

Maryville’s Braden Carnes (10) passes short and to the left in a first-round playoff win over Bearden Nov. 2 at Maryville’s Shields Stadium. Carnes will play his senior season at Greenback.

Maryville’s Braden Carnes (10) looks to pass against William Blount Friday night in the Rebels’ home win. Carnes will finish his career at Greenback after transferring this month.

The question marks surrounding Greenback’s quarterback vacancy are no longer.

Braden Carnes, who played for Maryville High School last season, completed his paperwork to transfer to Greenback School on Tuesday. The rising senior participated in his first practice with the team Tuesday night.

“We’re excited to have the Carnes family be a part of a community that has become a fun place to be because of how passionate it is about football,” Greenback coach Greg Ryan told The Daily Times. “Braden will be a great addition and we all can’t wait to get started.”

The addition helps the Cherokees alleviate some of the complications in replacing a large senior class, including 2018 Class 1A Tennessee Titans Mr. Football Bryce Hanley, that accounted for three trips to the Class 1A BlueCross Bowl and another state semifinal appearance.

Carnes had success for the Rebels while splitting time under center with Cade Chambers, helping Maryville reach the Class 6A semifinals for the 19th straight season. He completed 73.1 percent of his passes for 1,441 yards and 11 touchdowns with one interception.

He will take the helm of a Greenback offense that was revamped last season to utilize weapons like rising senior wide receiver Holden Willis. That offense helped Hanley throw for 2,578 yards and 33 touchdowns while also rushing for 597 yards and six scores last year.

“How can you replace a Mr. Football guy that has started all the games that he had and did all the things we asked him to, but it wasn’t just Bryce, it was a combination of 16 seniors,” Ryan said. “Obviously I haven’t been around Braden a whole lot yet, so I don’t know him as well today as I will in the next few weeks, but I do know he’s played a lot of football and he’s done a lot of great things at Maryville.

“He just needs to get in and learn our system. We expect great things out of Greenback football just like we do every year, and Braden will be a big part of that.”

Carnes’ departure turns Maryville’s two-quarterback system into an offense led by a more-than-capable Chambers. The rising senior threw for 1,046 yards and 12 touchdowns on 74.7 percent passing while also adding 278 yards and two touchdowns on the ground.

“We were very fortunate to have two very good quarterbacks on last year’s team because you just never know what can happen,” Maryville coach Derek Hunt said. “We certainly wish Braden the best, but because he is no longer with our program, that leaves more reps for Cade and the rest of our guys on our roster, and that’s how we’ll move forward.”