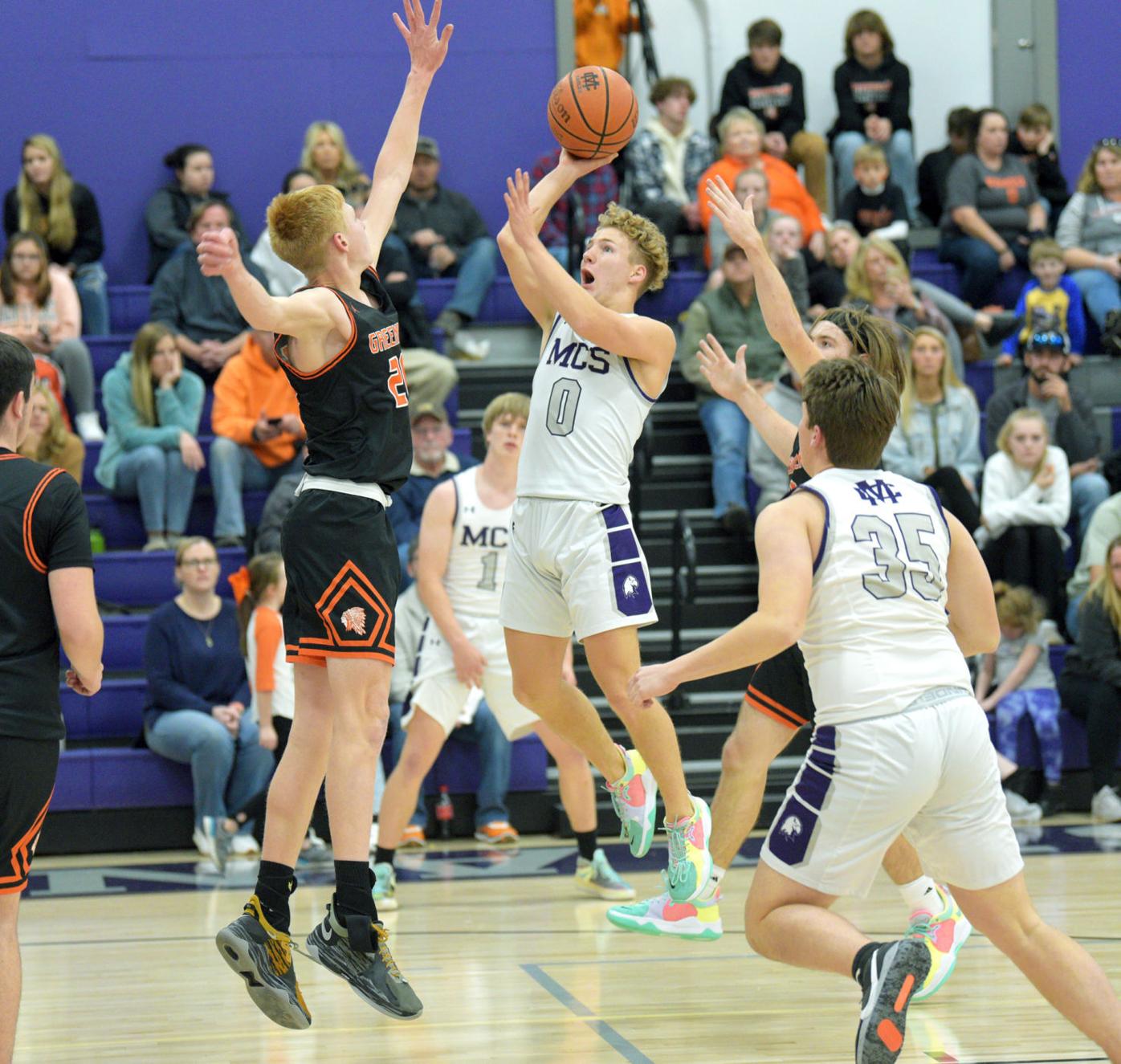 Maryville Christian’s Ryan Hudson (0) shoots over Greenback’s Garrett Giles (20) in the first half of Tuesday’s game between Morganton Road schools. 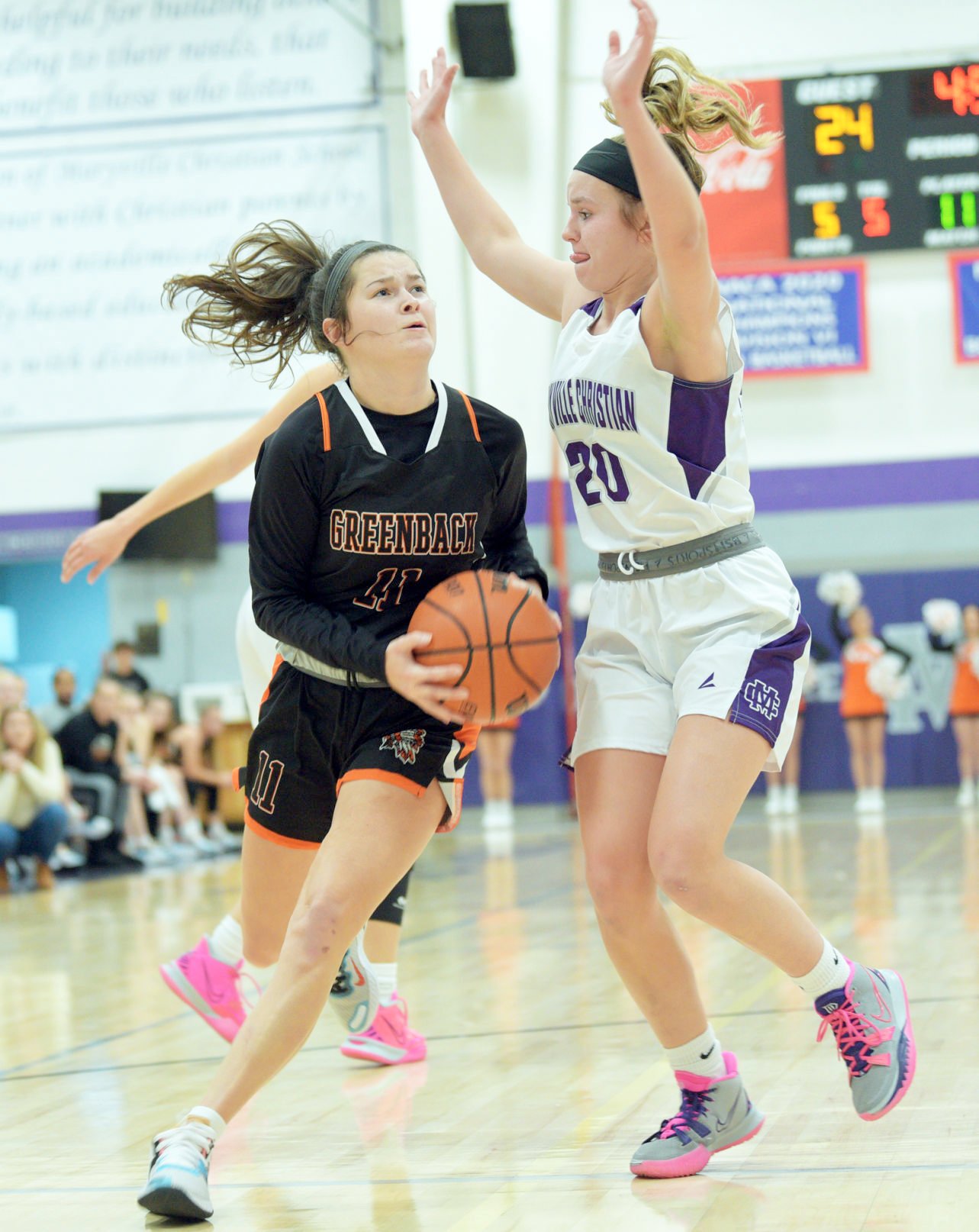 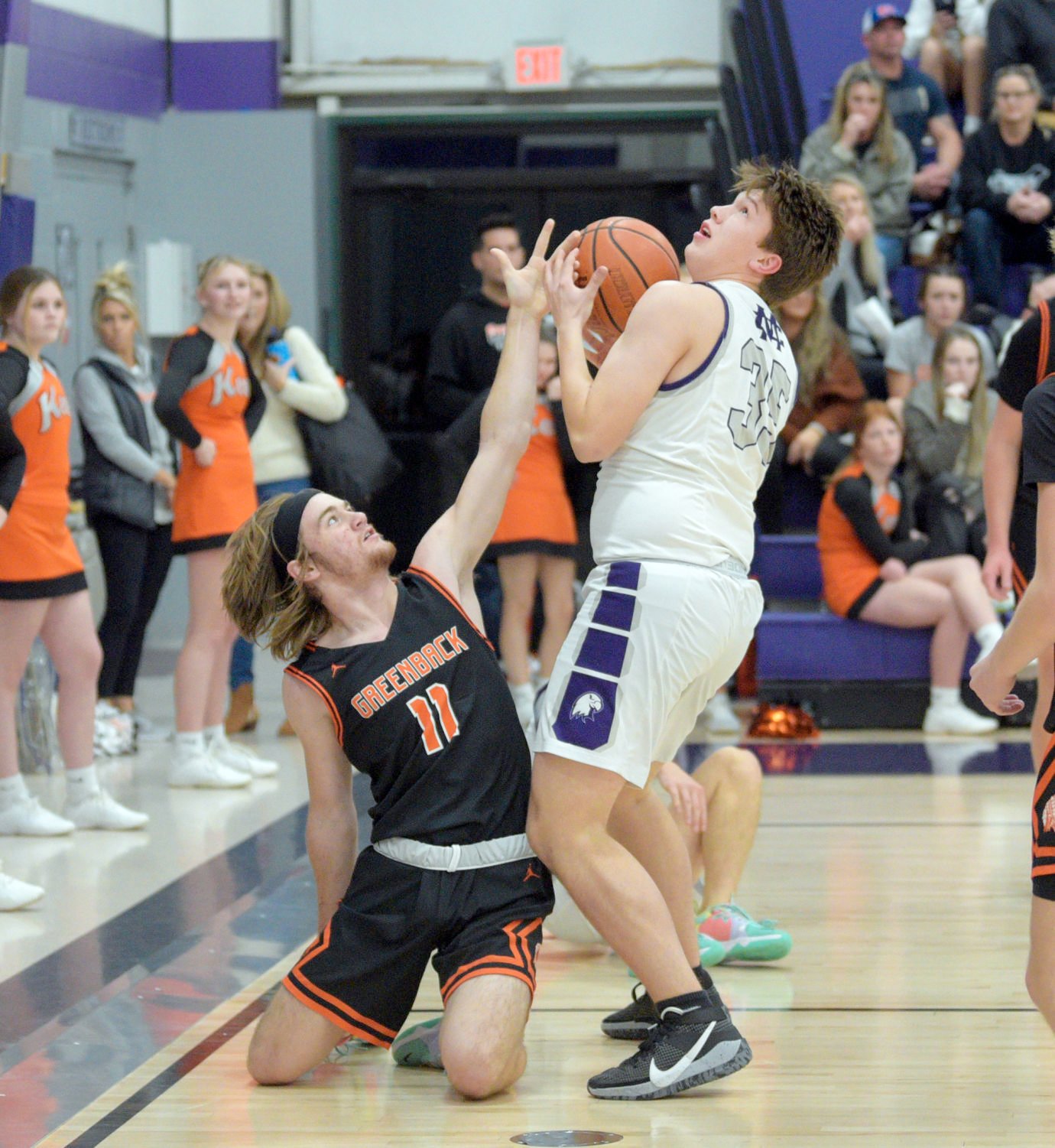 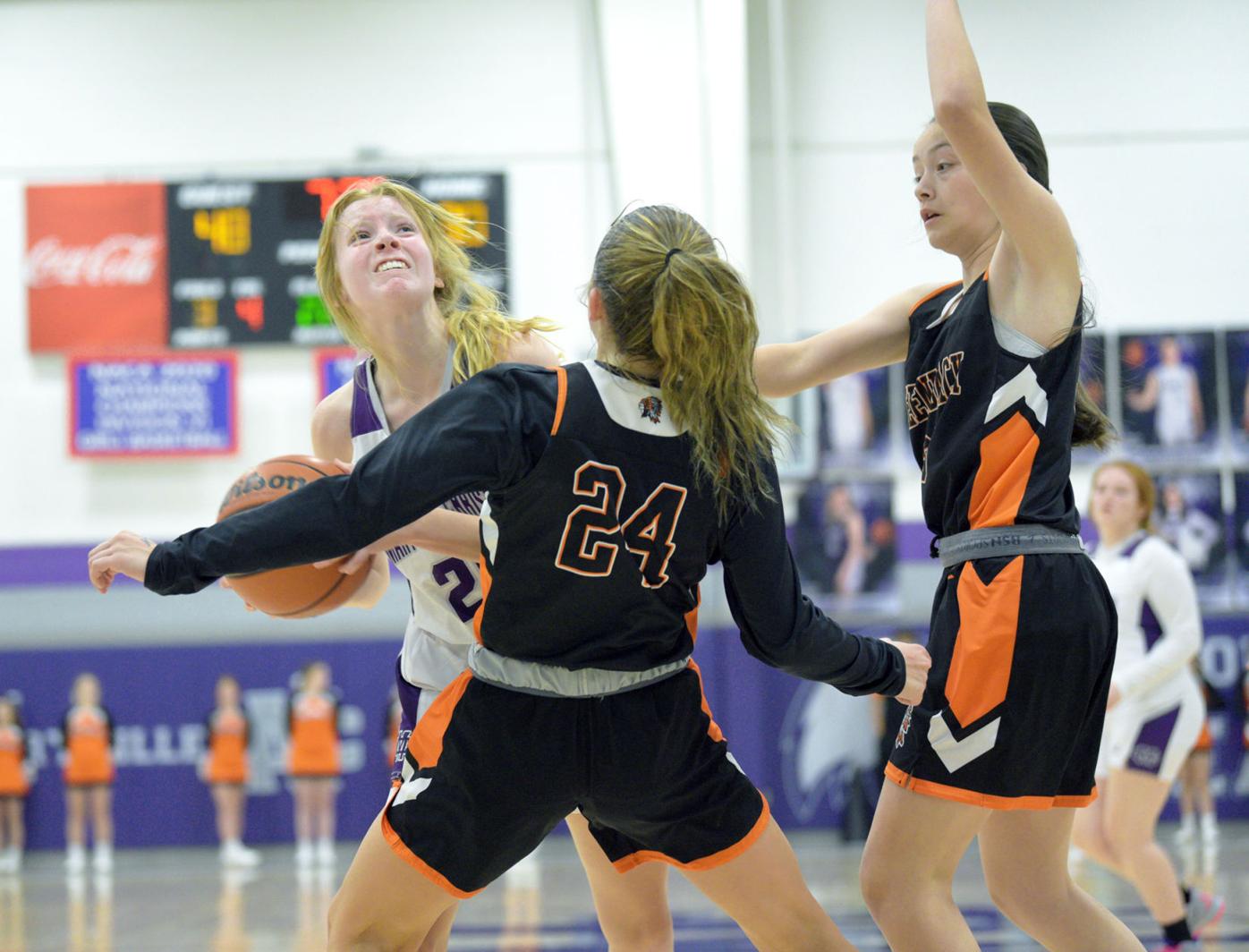 Maryville Christian’s Ryan Hudson (0) shoots over Greenback’s Garrett Giles (20) in the first half of Tuesday’s game between Morganton Road schools.

Ryan Hudson admitted that he gets a little amped up when his Maryville Christian Eagles tip off against public schools.

“I left a public school to come play here and prove that I was something, that we were something here,” the Maryville Christian School senior told The Daily Times. “Every time I see a public school on the schedule, I get antsy and I want to play. It adds fuel to the fire, for sure.”

Hudson led the private, non-TSSAA Eagles in a 78-33 romp past Greenback on Tuesday, finishing with a double-double of 21 points and 12 assists.

Many of the assists were of the extra-thrill variety, whether driving in and dishing behind his back or firing a no-look dart to an open teammate for easy layups.

“We’ve built so much chemistry here the past three years, I don’t have to look at them,” Hudson said. “They know the ball is going to come if they get open. I trust them to finish, because I see them do it in practice every day.”

Maryville Christian (2-1) pulled ahead quickly, with Hudson scoring the game’s first points on a short pull-up jumper. Jose Millsaps responded for Greenback (0-4), but the Eagles went on a 16-0 run behind a 3-point shot from Josh Goins and three straight buckets from Ryan English.

A 21-6 opening quarter lead expanded to 40-13 at the break. The Eagles continued limiting the Cherokees to single digits ending the third quarter with a 60-20 margin.

With a running clock, Greenback scored 13 fourth-quarter points behind junior Conner Morton, but the Eagles shooting stayed hot, including an NBA-range bomb from Hudson and another trey from Gus Westerfield.

Hudson was joined by English (19 points) and Goins (10 points) with double figures. Morton finished with 14 points for Greenback, with Garrett Giles adding 12.

Greenback hit just six of its 17 free throws. Maryville Christian went to the stripe only eight times but converted six of those chances.

“(Hudson) is a great point guard and he’s tough for anybody to defend,” Greenback coach Shane Belcher said. “We struggled with him and that broke down the rest of our defense.”

Greenback girls 55, Maryville Christian 44: With its speedy perimeter players driving inside and Keri Alexander cleaning up what was left in the paint, Greenback’s formula for success worked well enough over the first half to pull away then hold on for a 55-44 win over Maryville Christian in the opening game.

Guards Madison Graves and Kiki Bishop handled any pressure the Lady Eagles attempted and broke through for many layups. Graves led Greenback (2-0) with 20 points and both of the Cherokee 3-point shots, and Bishop finished with 12 points.

When those two or other Lady Cherokees missed, Alexander seemed omnipresent in cleaning up and finishing with inside buckets. A double-double for Alexander, consisting of 18 points and 17 rebounds, was embellished with six steals for the junior post.

Greenback spurted out to a quick 22-7 lead after one quarter, and limited Maryville Christian (3-1) to just seven points again in the second period to take a 36-14 halftime lead.

The Lady Eagles flew higher after the break, led by game-high scorer Naomi Atchley, who finished with 21 points after hitting for just four points in the first half.

In the fourth quarter, Maryville Christian briefly cut the 20-point Greenback lead to single digits with just under a minute to play, but Bishop hit two free throws after an Alexander rebound extended a Greenback possession to seal the vicory.

“At halftime, we said our goal was to win the third quarter and then the fourth quarter,” Maryville Christian coach Stephen Hudson said. “We did that pretty handily, so I just wish that that first quarter hadn’t gotten out of hand the way it did.

“Their number 2 (Alexander) really put it to us. Our size doesn’t help when it comes to boxing out, but fundamentals, that are kind of a lost art, we’ve lost a bit so we’re going to get back to that in practice.”