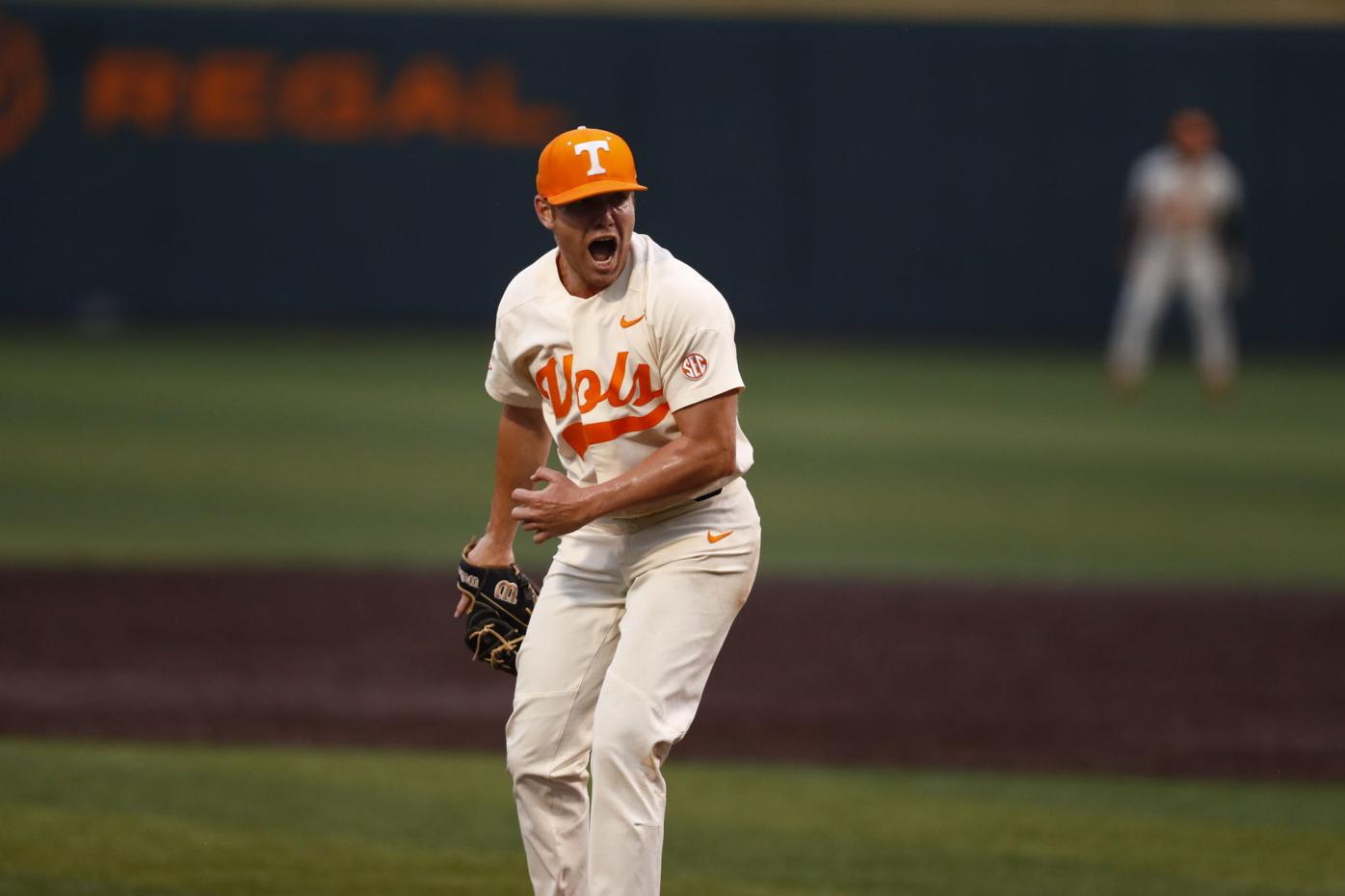 Tennessee senior Will Heflin celebrates after a strikeout in the Vols’ 3-1 victory over Liberty to win the Knoxville Regional on Sunday. 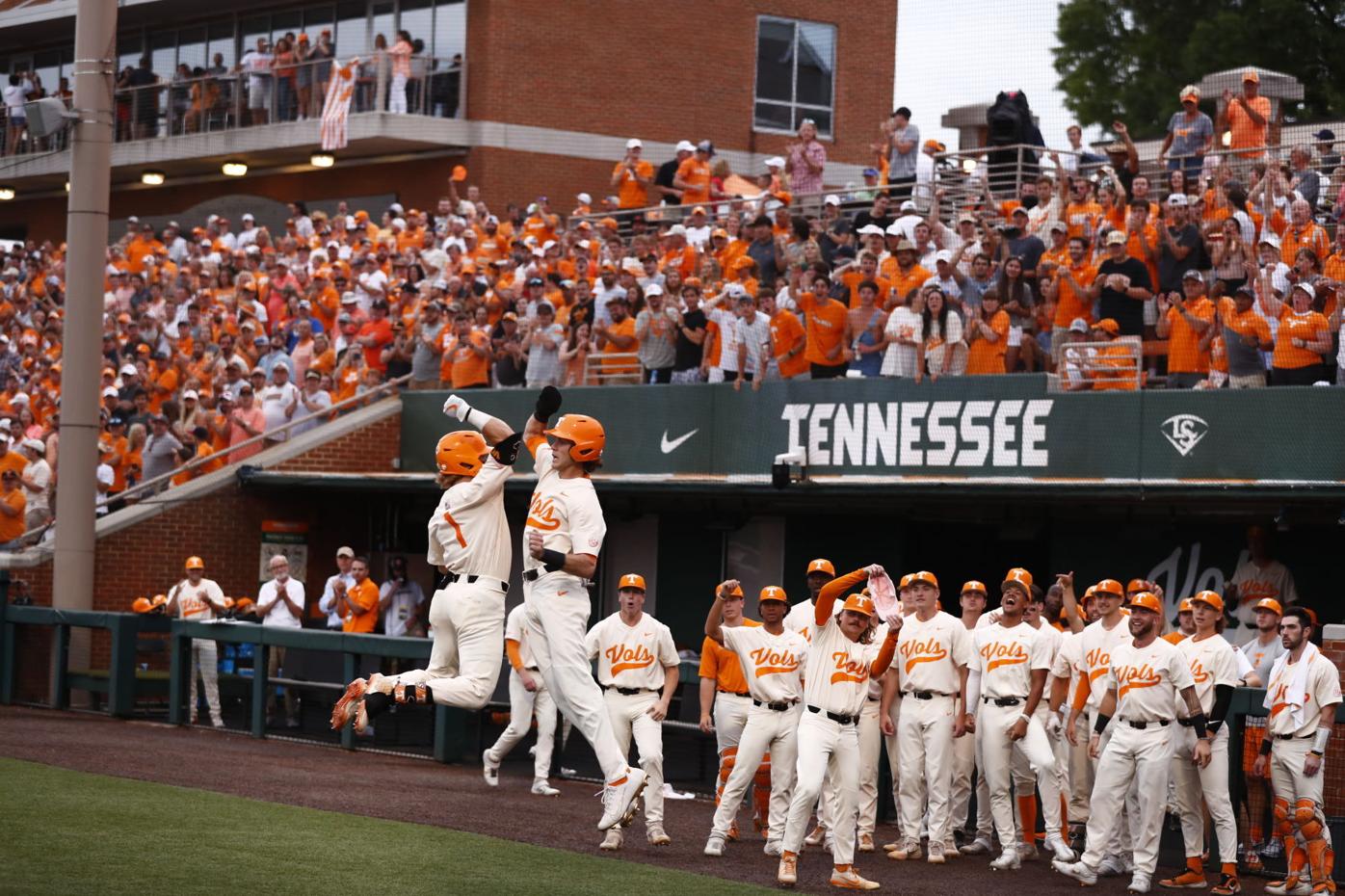 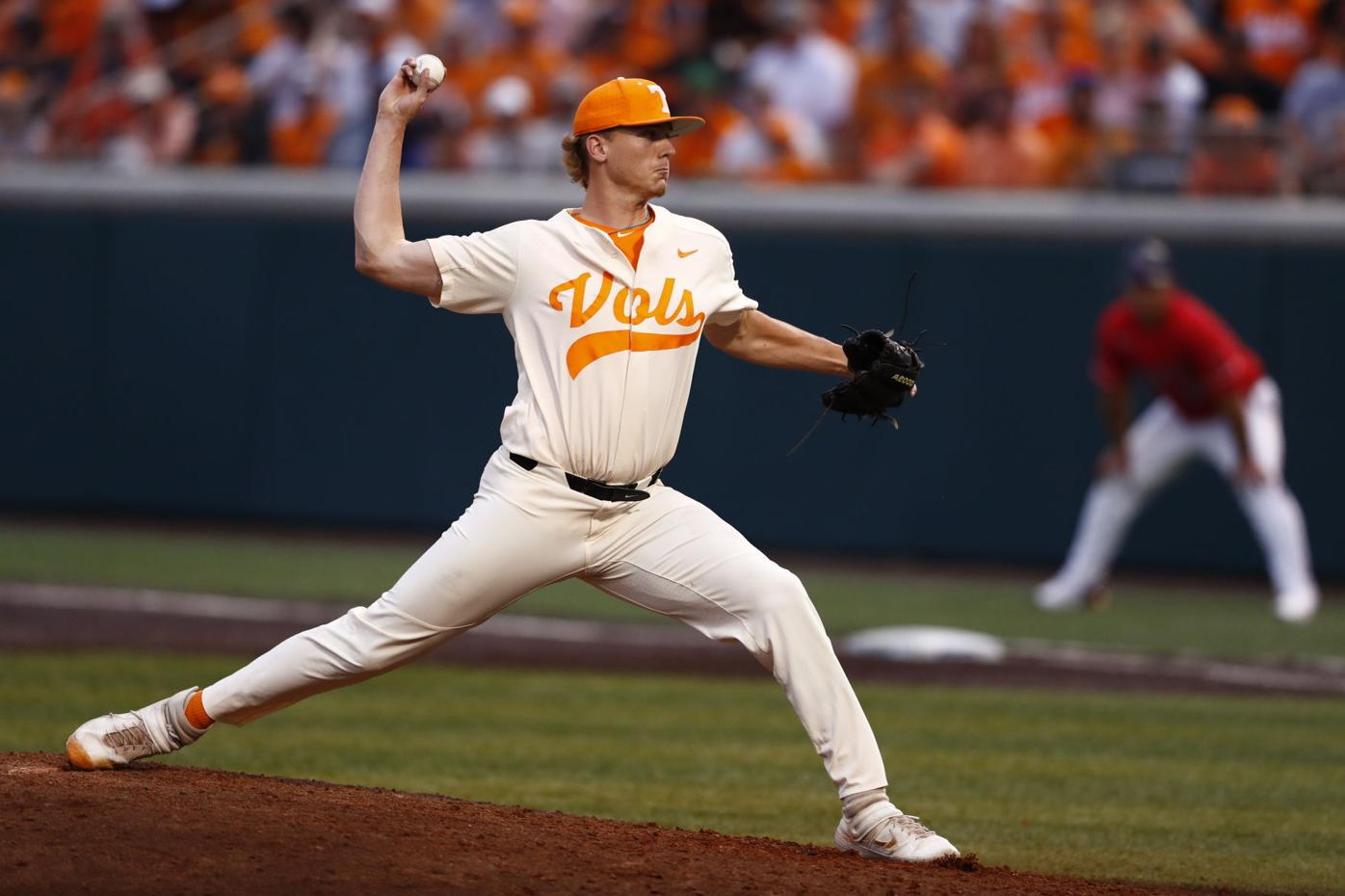 Tennessee senior Sean Hunley delivers a pitch in the Vols’ 3-1 victory over Liberty to win the Knoxville Regional on Sunday.

Tennessee senior Will Heflin celebrates after a strikeout in the Vols’ 3-1 victory over Liberty to win the Knoxville Regional on Sunday.

Tennessee senior Sean Hunley delivers a pitch in the Vols’ 3-1 victory over Liberty to win the Knoxville Regional on Sunday.

KNOXVILLE — Will Heflin sat behind a microphone for more than seven minutes after Tennessee’s season-ending loss to North Carolina in the Chapel Hill Regional in 2019 for what he believed amounted to an exit interview for his collegiate career.

The Morristown native discussed what it meant to live out his childhood dream of playing for Tennessee and the feeling of being part of the team that laid the foundation for the future of the program that Tennessee coach Tony Vitello — in his second year at the time — had for the program.

Heflin’s story proved to be far from over, and it is still being written after he and fellow senior Sean Hunley combined to shut down Liberty en route to a 3-1 victory in the Knoxville Regional final on Sunday.

“I kind of got deja vu right now because I was sitting next to (Vitello) when we got beat (by North Carolina),” Heflin said. “I'm looking at this postgame (box score) and I'm (looking at my teammates’ names) thinking, ‘Winner, winner, winner, winner, winner, winner.’ You can look at everybody who has been a part of this team and look back on a moment where maybe they were the hero or are they kind of carried some of the load.

“And so, for me to get the ball today, I knew it was going to go well — like there was no doubt. I mean, how could it not? Being around these guys, playing for this guy (Vitello), you know, working as hard as we do year-round, and all the circumstances that have come along with it. It was just awesome.”

Lindsey Nelson Stadium was a slugger's paradise through the first five games of the region with 31 home runs leaving the yard — three of which helped Liberty cruise to a 15-4 victory over Duke earlier in the day to advance to the final — but a pitcher's duel decided its final bout.

Heflin allowed one run on four hits while tying a career-high with eight strikeouts over 5 1/3 innings before making way for Hunley after getting into a jam in the sixth.

Hunley, who threw 62 pitches against Wright State on Friday, proceeded to escape the inning without giving up another run by striking out Cam Locklear and Jake Wilson. He then gave up one hit over his final three innings of relief to pick up his eighth save of the season.

“I didn't have (Hunley) on the ready list,” Vitello said. “I was going to let him play catch and feel it out. And I know it's tough, I'm attached to my phone too much, so I think you can interpret texts sometimes inaccurately, but I've gotten better at it, and it was not only ‘I'm available,’ but ‘I want the ball.’

“Those two are pretty close and I can envision this guy handing the ball off to him, and those two combined will get us to the spot we need to be. It worked out the right way because Sean just kind of forged ahead.”

Tennessee (48-16) needed Heflin and Hunley to be at their best with Liberty pitchers Fraser Ellard, Mason Fluharty and David Erickson limiting UT's offense to six hits.

A two-out rally in the third gave the Vols their first run when junior second baseman Max Ferguson doubled to left and senior third baseman Jake Rucker followed with a single through the right side of the infield.

Sophomore center fielder Drew Gilbert, the provider of the walk-off grand slam in Friday's come-from-behind victory that set the tone for an undefeated run through the regional, slugged a two-run home run over the scoreboard in right in the fifth to extend Tennessee's lead to 3-0.

Gilbert was named the regional’s Most Valuable Player after going 4-for-12 with three home runs and seven RBIs after going 151 at-bats without a dinger entering the regional.

“Obviously last year being cut short, I didn’t really get to have my first run in the SEC,” Gilbert said. “It’s a tough league and kind of getting used to a higher pitch and all that. It was definitely a challenge. You just kind of keep grinding through it and keep making adjustments, and things usually pan out at the end of the day.”

Vitello wrapped up his on-field interview with ESPN after the game and hustled to his team that awaited him in right field, somersaulting into the center of the celebration. The fourth-year coach then went into the stands along the right-field line and joined the elation of fans who pack a once-desolate stadium to watch Tennessee win its first regional since 2005.

The Vols believe they have much more in store, and history is on their side. Each time Tennessee has hosted a regional and won, it has reached the College World Series in Omaha, Nebraska (1995, 2001, 2005).

The Vols will attempt to continue that streak when they host a super regional for the first time in program history against either Oregon or LSU out of the Eugene Regional.

“This team is so infectious, and the city of Knoxville is behind us, and we don't intend on letting them down,” Heflin said. “We've earned it, and we're excited to see how that environment is going to be next weekend.”