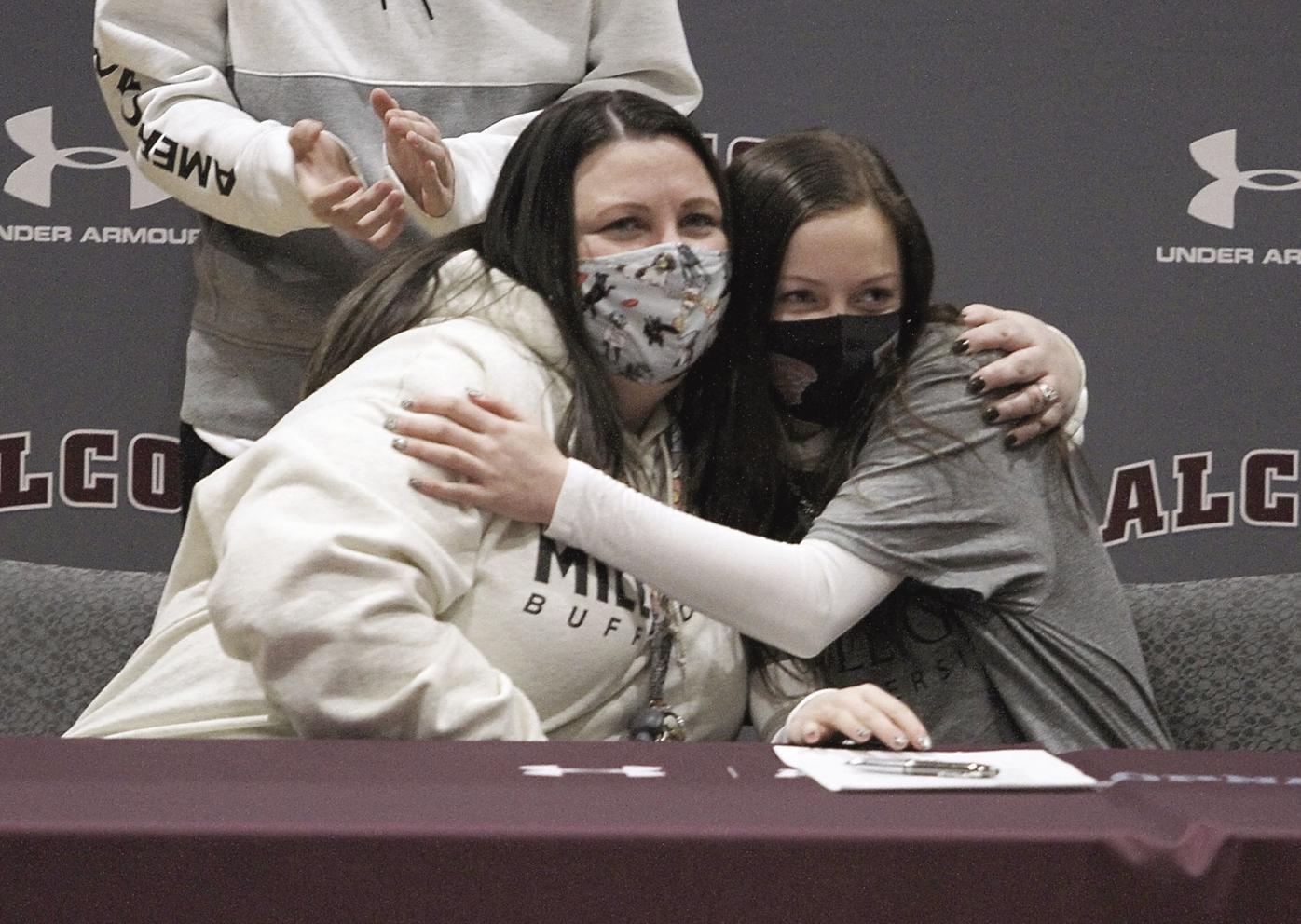 Alcoa’s Shelby Knight gets a hug from her mother Michelle after signing to play soccer for Milligan College. 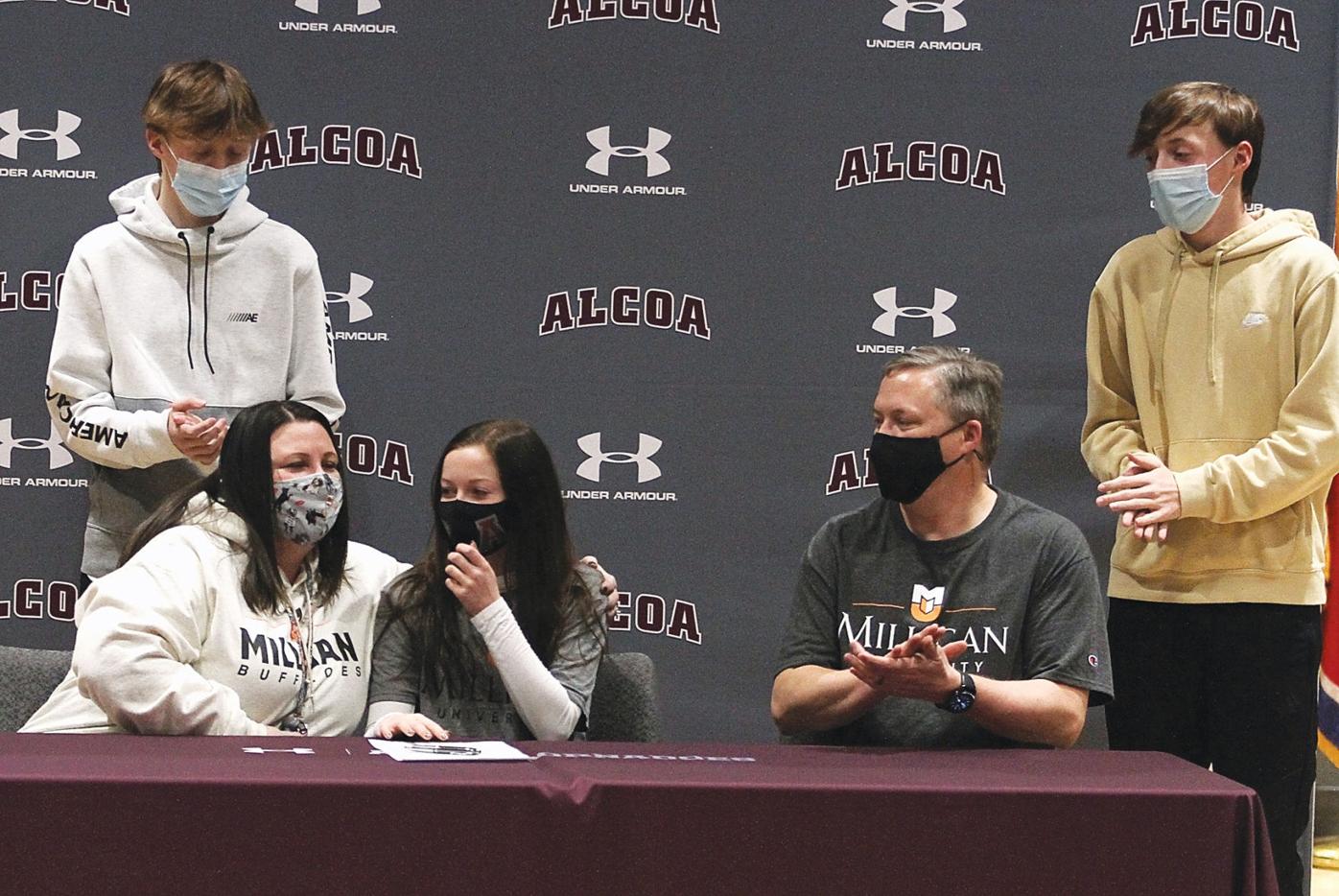 Alcoa’s Shelby Knight gets a hug from her mother Michelle after signing to play soccer for Milligan College.

Shelby Knight placed both hands on her knees and remained motionless after the final whistle of Alcoa’s 2-1 loss to Signal Mountain in the Class A state semifinal on Oct. 30.

For the next three months, the senior midfielder continued to mourn over the loss. Even on Monday, she admitted she still becomes upset whenever she discusses her final high school soccer match.

She did concede that there was one good thing that came from the heartbreaking loss: It made her realize that she definitely wasn’t ready to step away from the sport.

“Until that game, I was like, ‘You know what? If I can’t find a college that has a good soccer program for me, it won’t be that big of a deal,’” Knight told The Daily Times. “After I played that (Signal Mountain) game, I was like, ‘I can’t stop here.’ … It’s incredibly frustrating to lose a game you definitely deserved to win. That’s also what is motivating me for my college season. I know that I am not ever going to be able to make up for it and play that game again, but I can put all my hard work into the next games going forward.

When Knight visited Milligan College in early February, she knew it was where she wanted to continue her college career. She verbally committed to the Lady Buffaloes on Feb. 9, and signed her letter of intent in front of her Alcoa teammates in Alcoa’s Lyceum on Monday.

Knight thought Milligan’s campus was beautiful. More importantly, she enjoyed spending time with Milligan’s soccer players. She visited their dorm rooms and grabbed coffee with them. She wanted them to be her future teammates.

“We just kind of all clicked; I just knew that this is the family where I belong and that this is the team where I belong,” Knight said. “I am really excited. (Soccer) is one of the things I have never wanted to give up in my entire life and I know that I am playing maybe just for the experience, just for the fun, just getting that life experience underneath my belt. I just can’t imagine if my last high school game was the last soccer game I ever played. It couldn’t end like that. I am very excited to be playing in college. … I love the game.

Knight’s passion for soccer was evident during every Alcoa soccer match. During her four years on varsity, Knight was willing to play any position on the pitch. In the fall, she scored nine goals in the postseason to help the Lady Tornadoes advance to the state semifinals for the fourth straight season.

Her work ethic and intensity on the pitch enabled her to be a role model to the program’s younger players. Alcoa coach Shane Corley believes those attributes will help her thrive at the next level as well.

“You’ve seen her play on the field — it was something for (the younger players) could look up to every game,” Alcoa coach Shane Corley said. “You could count on her effort and her desire to play every single time she stepped out onto the field. She could play multiple roles. ... She’s got soccer talent, but her presence on the field is a big part of that. We could put her in multiple spots and she would have an effect.

“She’s very adaptable to situations on the field and to where she can help the most. It helps everyone when you have those utility players like that you can plug in and get them to buy in to play wherever they are needed on the field. Shelby will do that at Milligan too.”