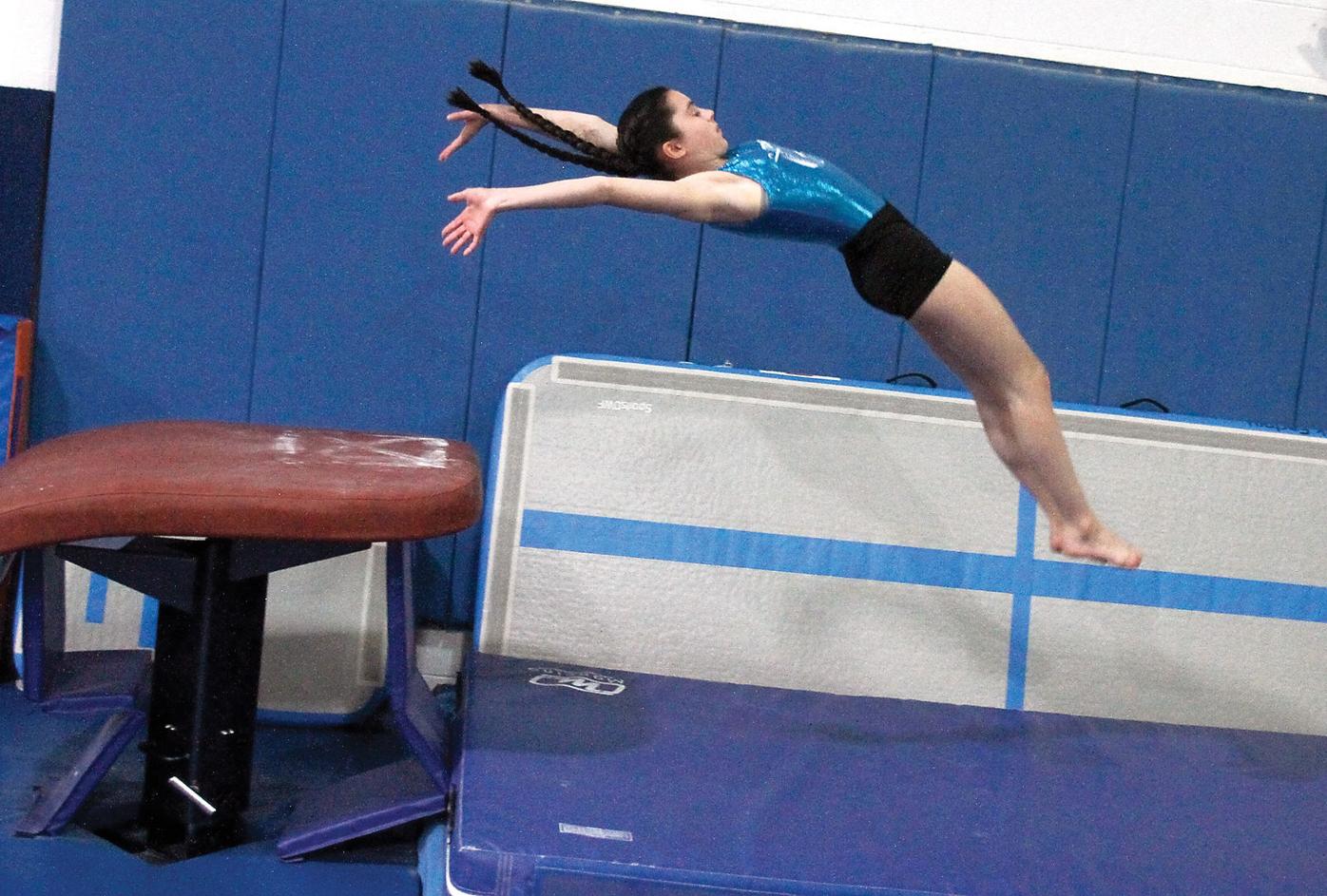 Maddie Harris practices on the vault at Smoky Mountain Gymnastics. 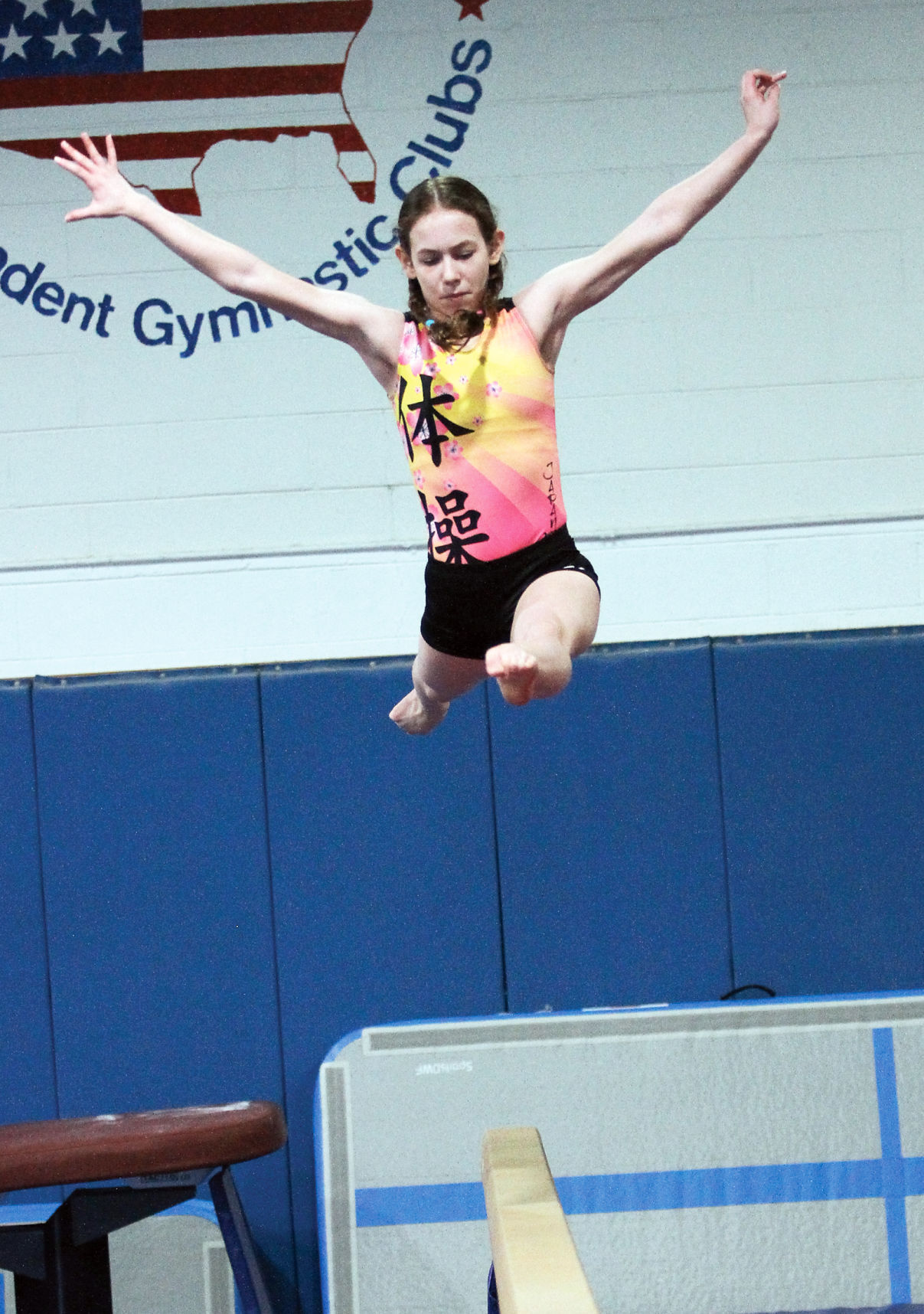 Reagan Moore practices the on the beam at Smoky Mountain Gymnastics. 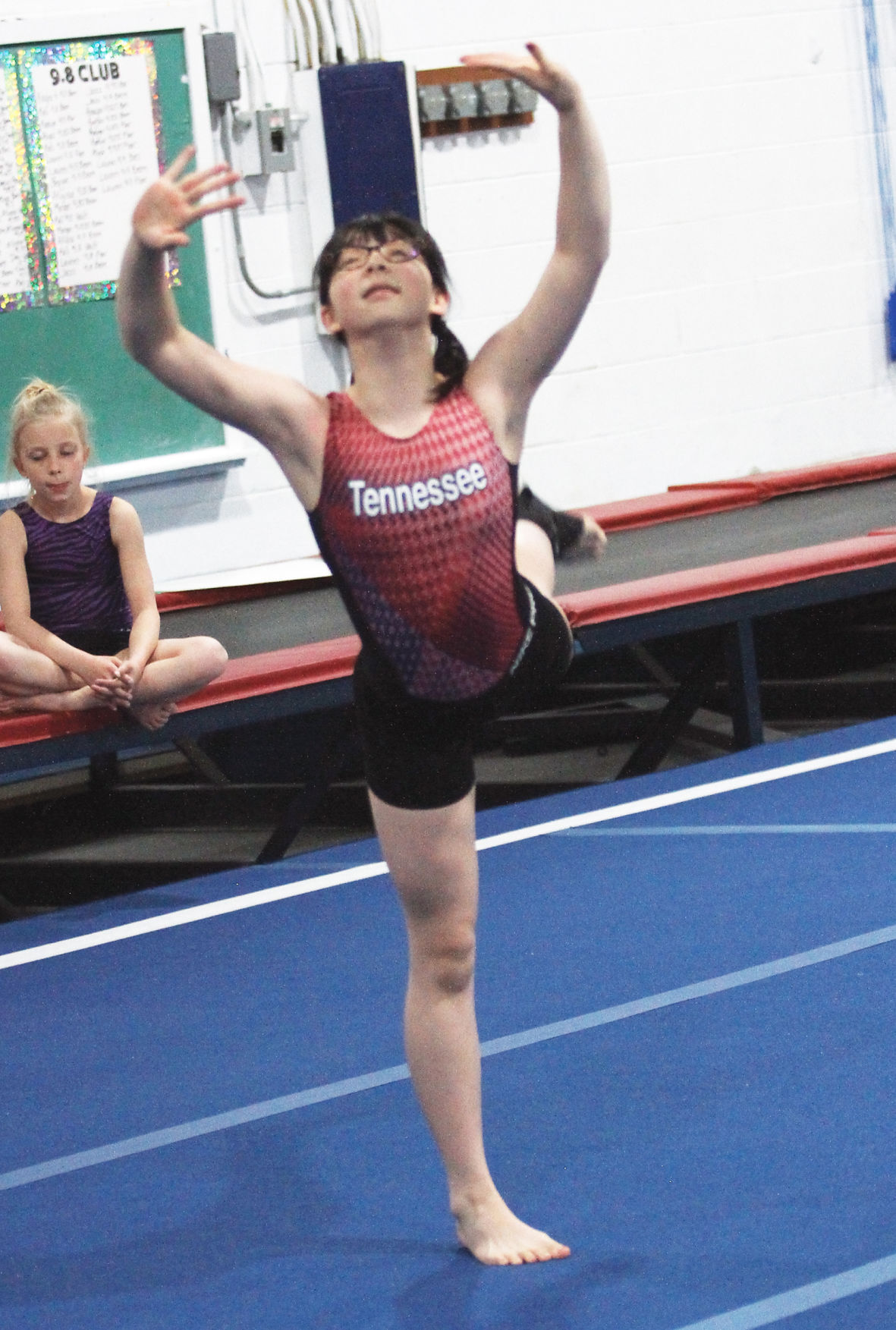 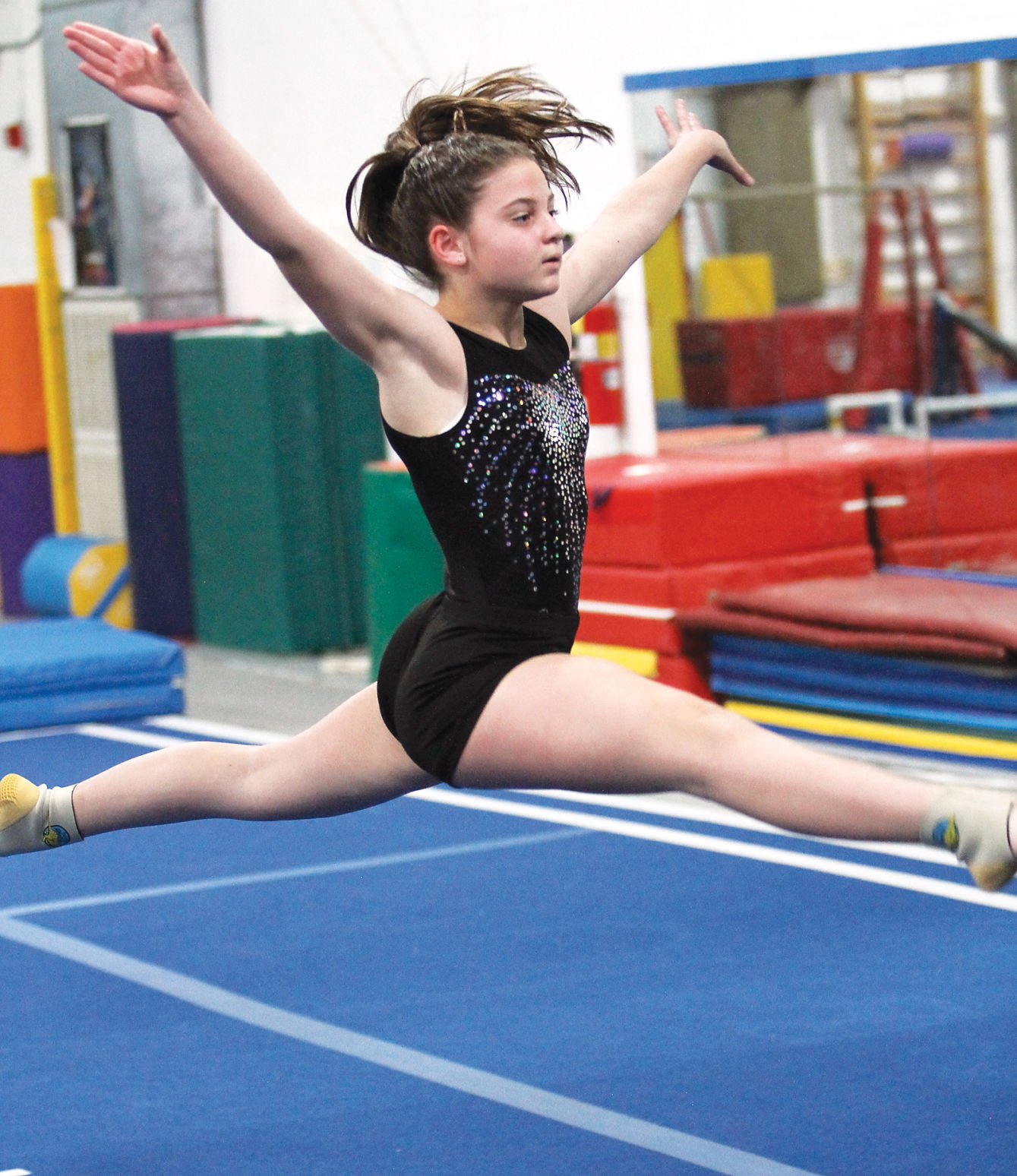 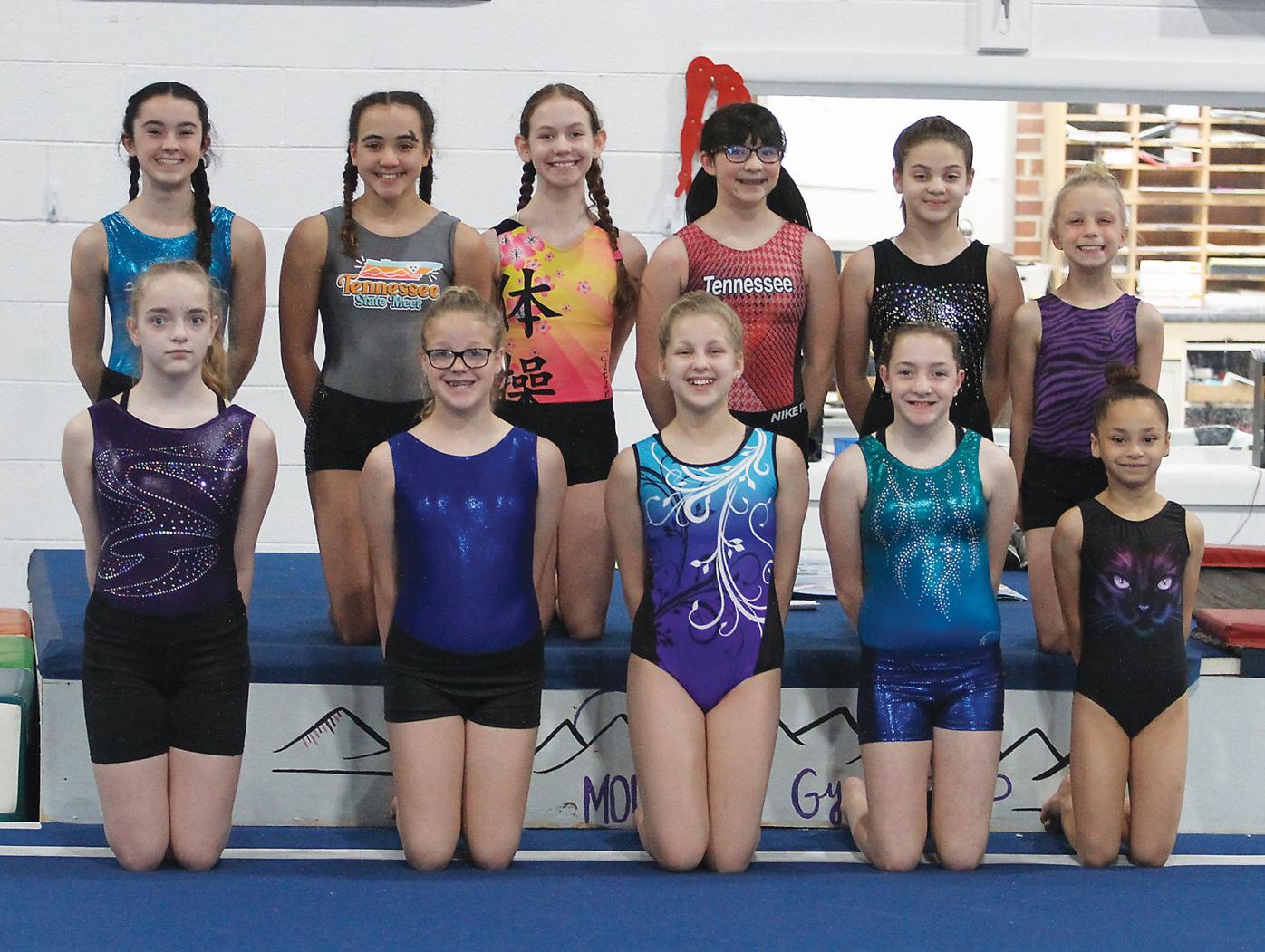 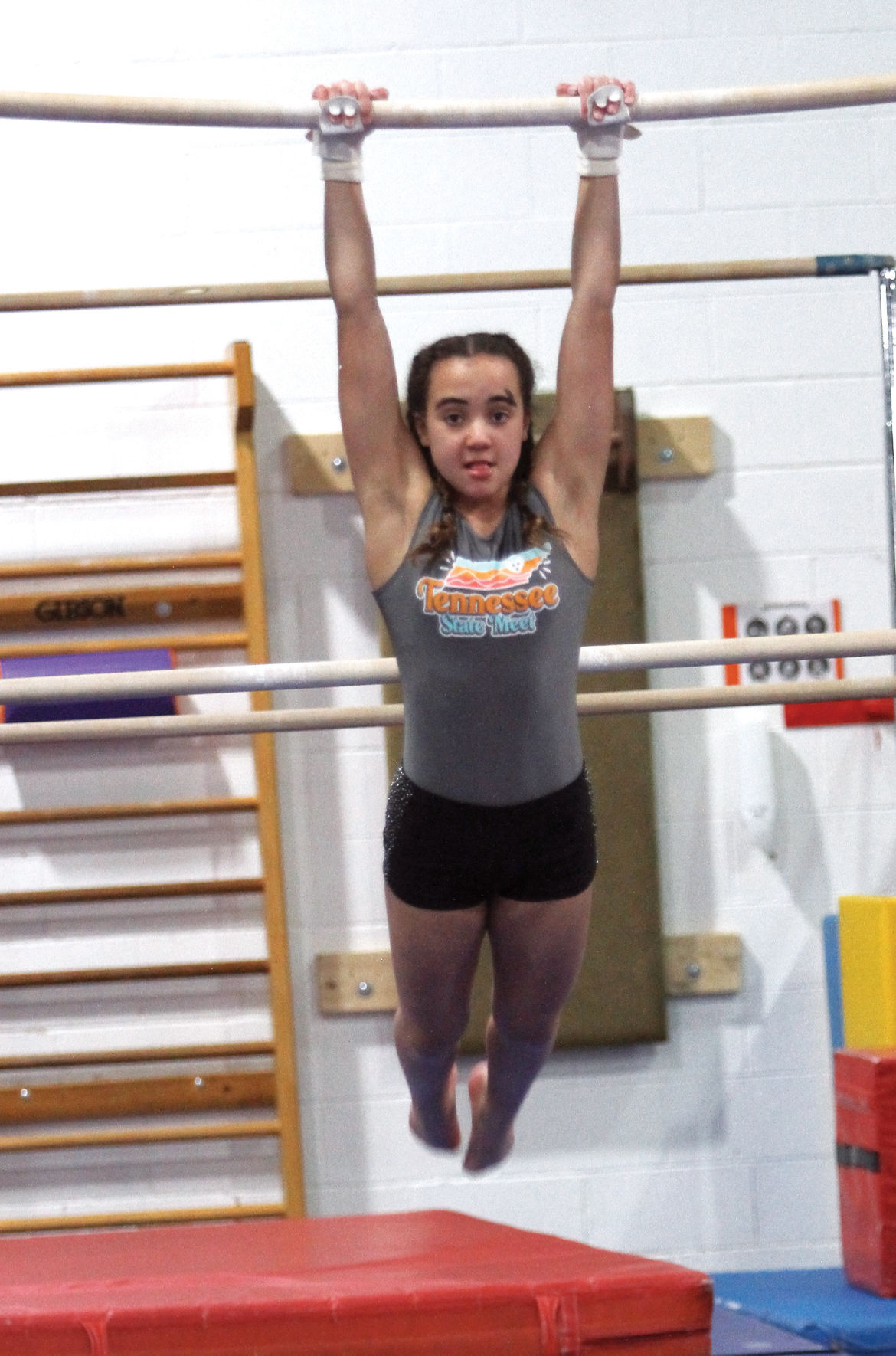 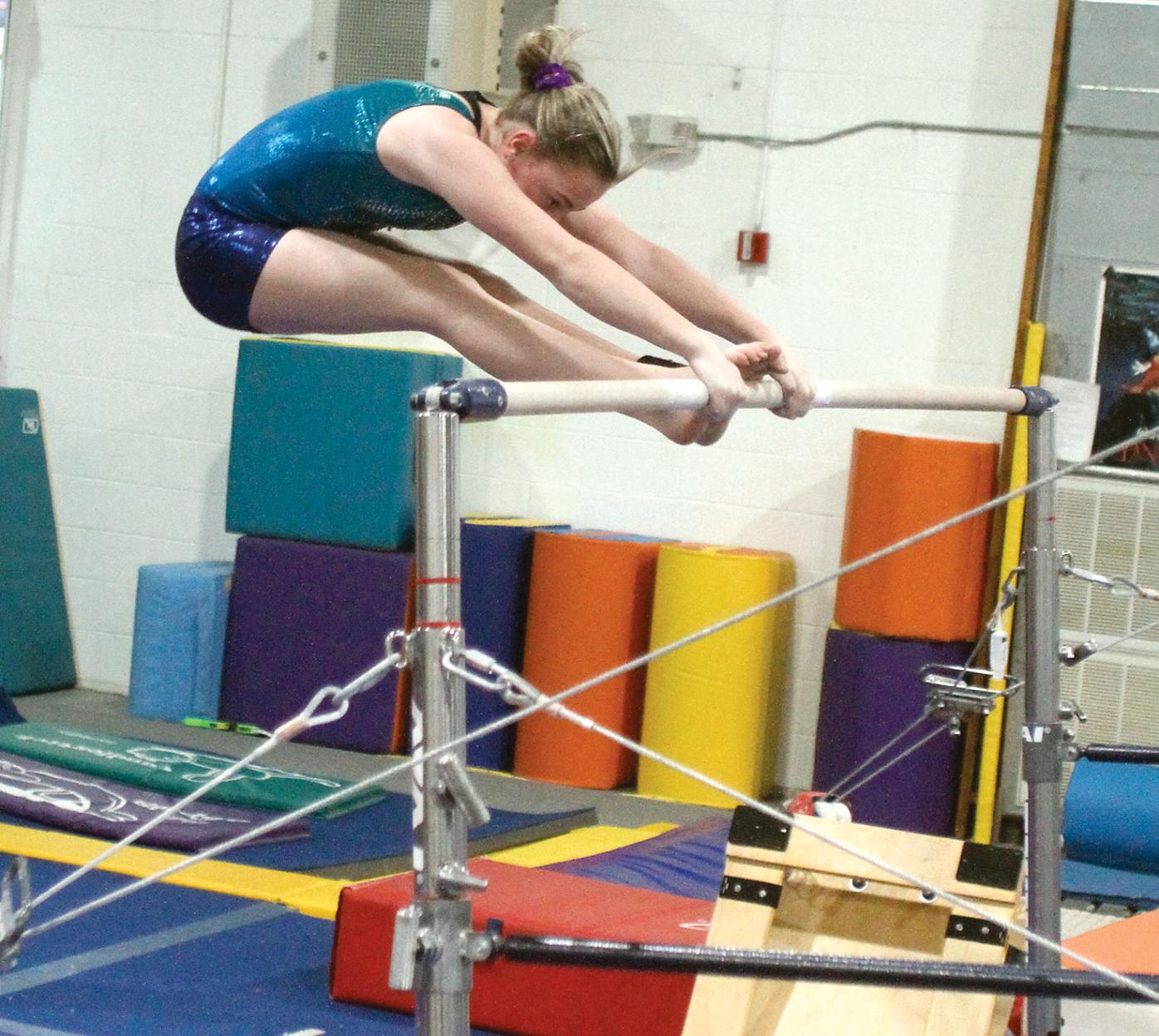 Maddie Harris practices on the vault at Smoky Mountain Gymnastics.

Reagan Moore practices the on the beam at Smoky Mountain Gymnastics.

This season was supposed to be a rebuilding year for the Smoky Mountain Gymnastics team.

The Maryville-based squad, ages 7-14, had its 2021 schedule cut in half because of the pandemic, and it had not been fortunate with injuries, either. So program director and coach Vickie Davis said the only thing the girls sought to do was gain valuable experience.

“We hadn’t been traveling, we hadn’t seen the other teams, and we had no idea where we stood,” Davis said. “We were not even trying to go to regionals this year. We were working on next season.”

That is, until last month at the Tennessee state championships in Chattanooga, where the Smoky Mountain Gymnastics Xcel gold level team placed first with a score of 117.600. The squad is ranked first in the nation in that division in team score and on floor and beam.

Lauren Huie, Jazlyn Blair, Reagan Moore, Maddie Harris, Maya Burns and Karsyn Ellis placed among the top 38 of 168 gymnasts at the state meet to qualify for the Region 8 championships beginning April 30 in Georgia.

Huie (first), Blair (fourth) and Moore (fifth) placed among the top eight in the gold level, earning themselves the opportunity to represent Tennessee on the state team at regionals.

Huie — who won with three 9.9 scores — is also ranked first in the nation at the gold level with an all-around score of 39.200.

“It was thrilling to get first place because it just shows how hard our team works,” Huie said. “Our team — we’re all really close — we’re best friends, and I think that really helped us.”

There are five divisions of Xcel — bronze, silver, gold, platinum and diamond — and gymnasts are placed in categories depending on their age and skill level.

In the silver division, Smoky Mountain Gymnastics also had Kali Roberts and Sa’Myah Whitted qualify for regionals by placing among the top 28.

Whitted, 8, is one of the younger girls on the team. She said being around other successful gymnasts has taught her the value of perseverance.

Davis also expected the team to have to exercise some patience while getting competition-ready. Several girls — including Huie and Moore — started off the season battling injuries.

Huie rolled her ankle at the team’s first meet before going on to become the top overall scorer at state.

Moore overcame two recent elbow surgeries after slipping off the high bar and breaking both arms, and Roberts was returning after getting into a serious bike wreck in October of 2019 that sidelined her for the 2020 season.

“I’m very proud of these girls,” Davis said. “We were not expecting to win (the state championship) at all — I don’t think anyone else was expecting that from us, either.”

“They walked into that building and knew what they wanted to do,” fellow SMG coach Becca Baker added. “It’s amazing to see their dedication and determination to really work for what they want.”

The SMG team typically travels to seven meets across Tennessee and surrounding states each season, which begins in January and lasts until spring. This year, though, the pandemic limited those opportunities to compete to just four meets.

Davis said the SMG gymnasts had no idea where they placed by the end of the state championship on March 21. With six teams in the running, the announcers began revealing scores of the top five finishers from the bottom up.

Smoky Mountain Gymnastics had yet to be called after they announced the runner-up. Davis said, at that moment, she heard one of the SMG girls say to her teammate, “We must have come in sixth.”

“Then, when they said ‘Smoky,’ the girls jumped up and screamed, and they went wild,” Davis said. “They worked so hard for this.”

Other SMG gymnasts to compete in the state meet included Alysa Loskutova, whose floor routine placed first with a score of 9.925.

At the silver level, SMG’s Caylee Cable returned home a state champion in beam and Kaylee Gilley became a state bar champion. SMG’s Morgan Campbell ranks among the top 100 in the country in beam.

At the bronze level, SMG’s Allyssa Weeks is an all-around champion with a score of 37.825, placing first in vault and floor.

“Even though we had to quarantine and we didn’t have a lot of gym time, it’s a fantastic feeling,” Huie said. “(Gymnastics) has given me opportunities to meet other people I might not meet in my day-to-day life — from other gyms, from other parts of Tennessee, from other states — so it’s been an amazing experience.”

on Twitter for more from sports reporter Taylor Vortherms.