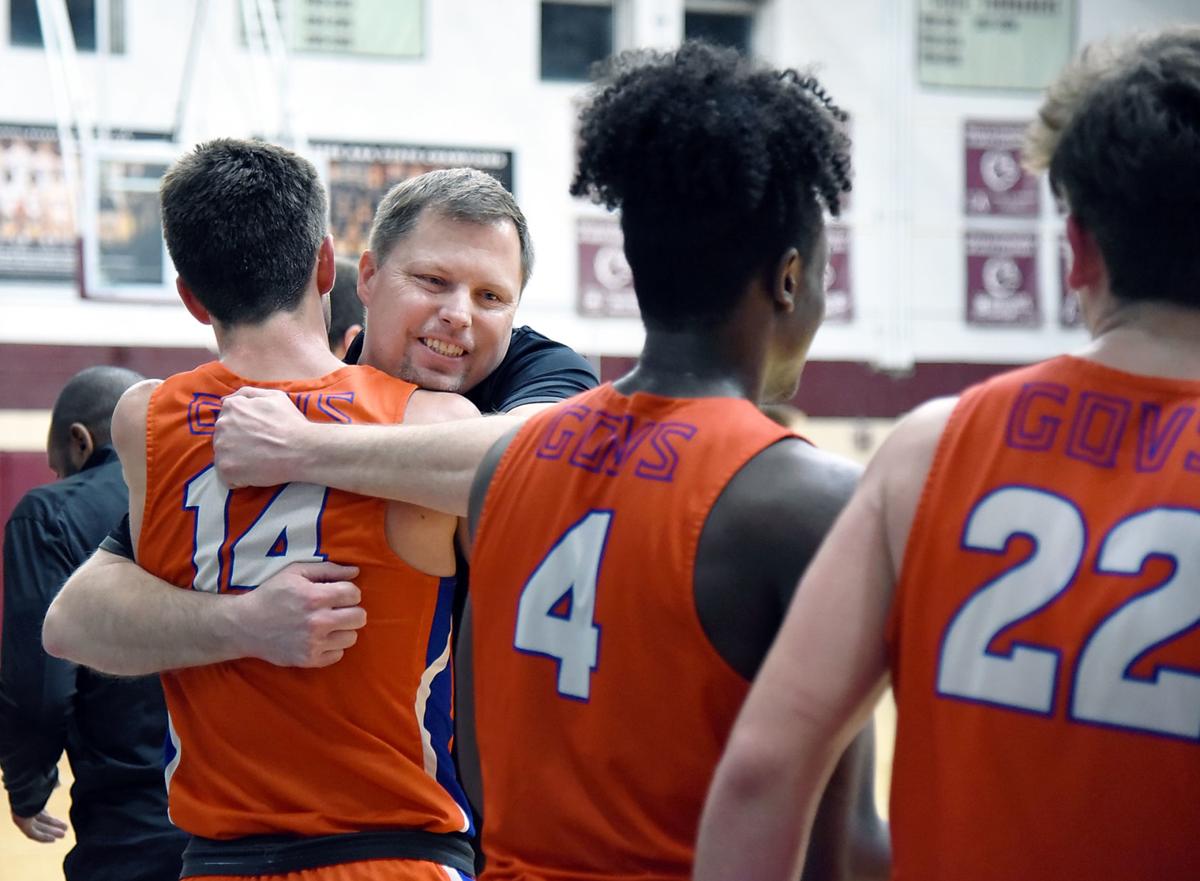 William Blount coach Kevin Windle embraces Trey Clemmer (14) while congratulating his players with the clock running down in the Governors’ 62-44 district tournament upset of No. 3 seed Knoxville West in the District 4-AAA Basketball Tournament at Bearden. 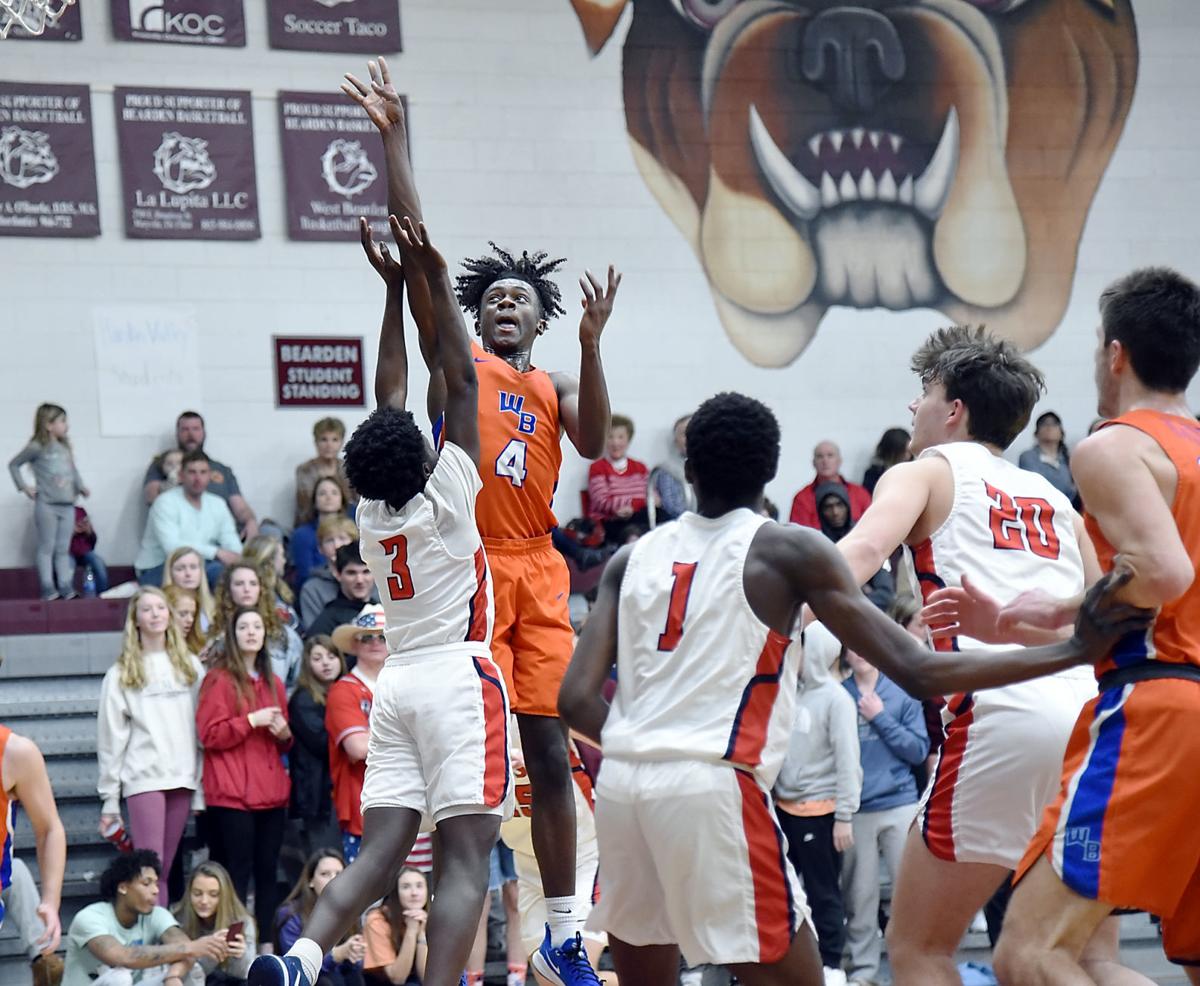 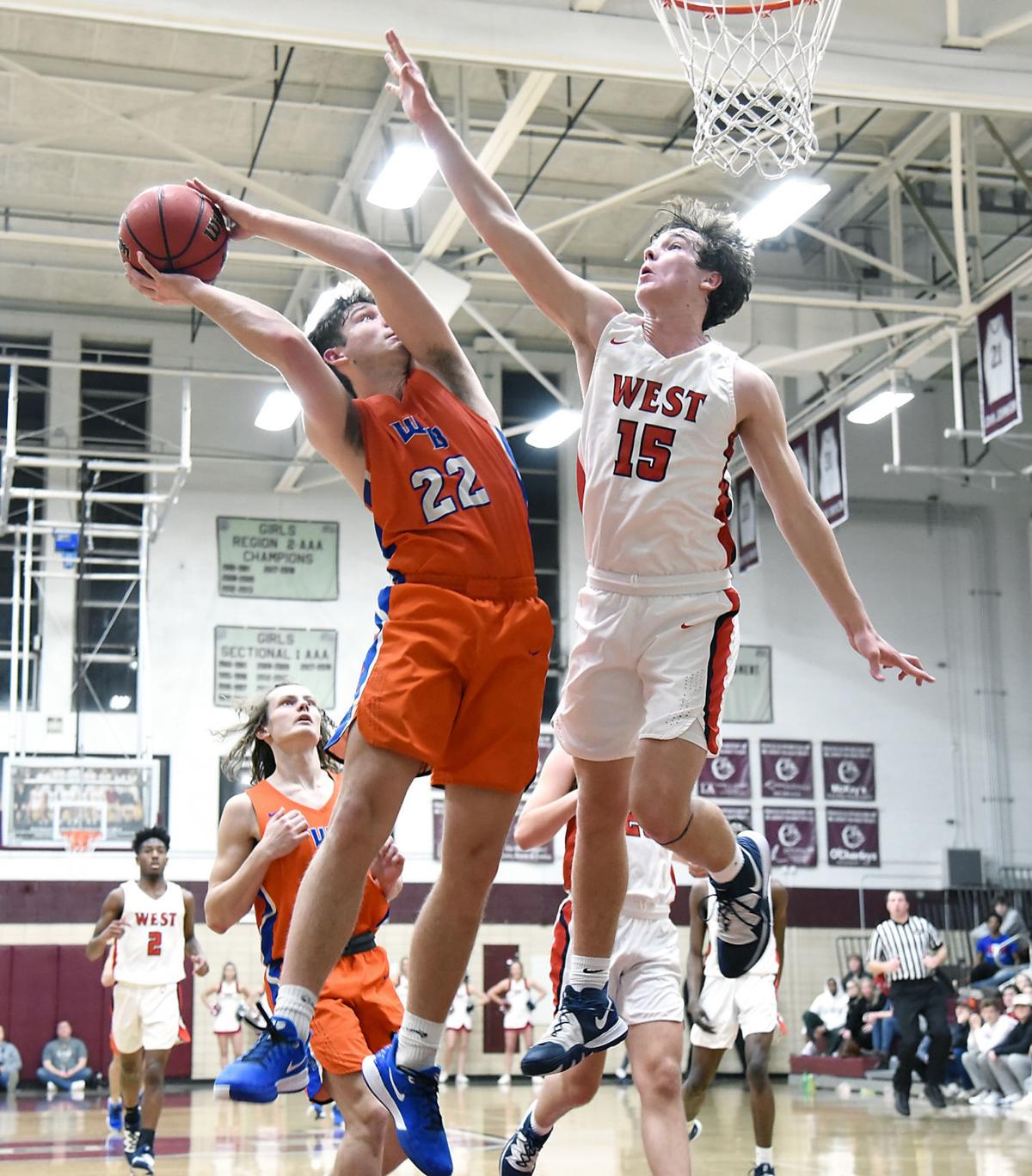 William Blount’s Tanner Prats (22) scores on a breakaway with Knoxville West’s Baker Dance flying by on defense in Thursday night’s district tournament win for the Governors. 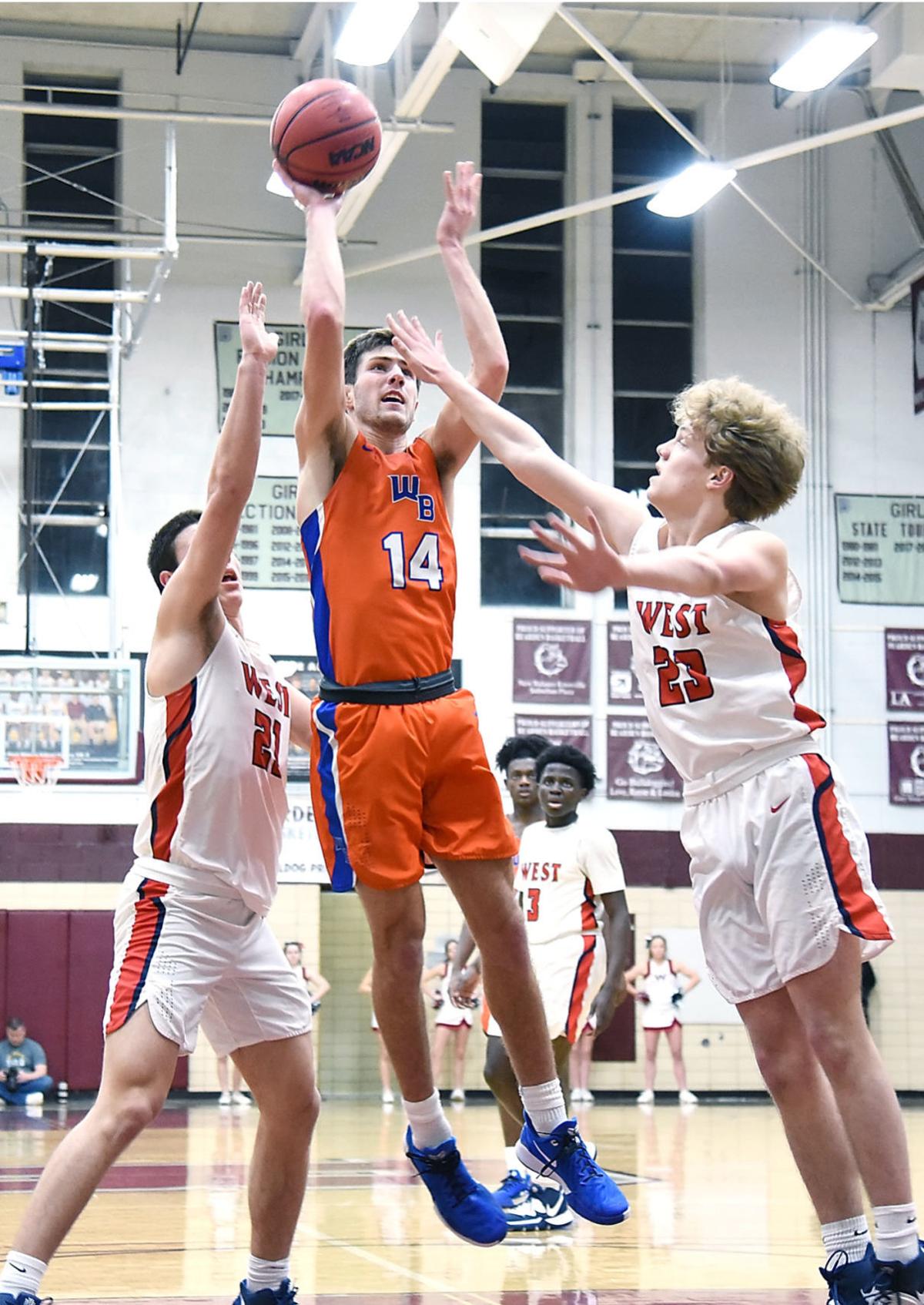 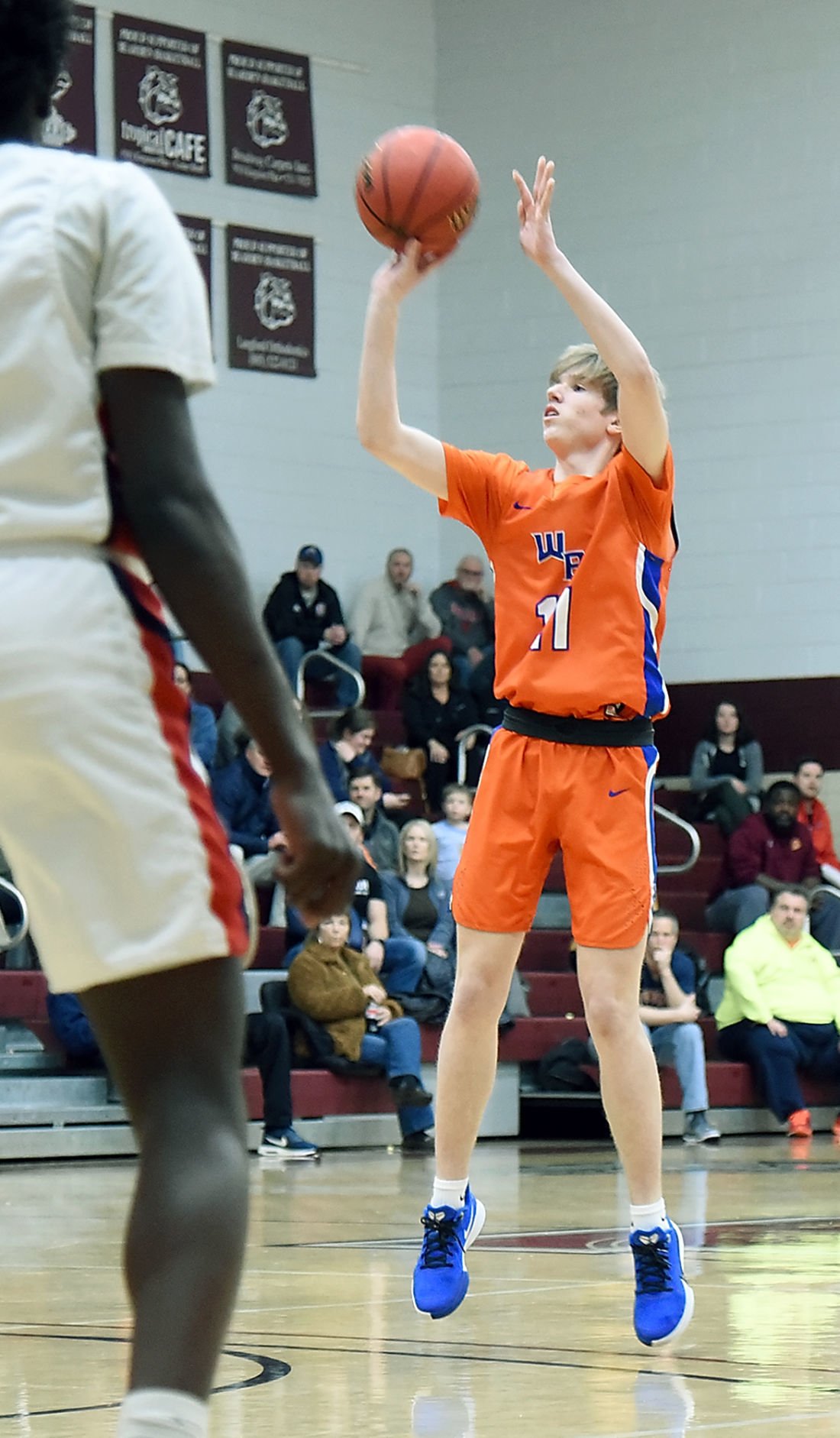 William Blount coach Kevin Windle embraces Trey Clemmer (14) while congratulating his players with the clock running down in the Governors’ 62-44 district tournament upset of No. 3 seed Knoxville West in the District 4-AAA Basketball Tournament at Bearden.

William Blount’s Tanner Prats (22) scores on a breakaway with Knoxville West’s Baker Dance flying by on defense in Thursday night’s district tournament win for the Governors.

The senior duo provided the offense the Governors lacked in their two regular season losses to Knoxville West and coupled it with another stifling defensive performance to propel sixth-seeded William Blount to a 62-44 victory on No. 3 West on Thursday in the second round of the District 4-AAA at Bearden High School.

“Those two guys really stepped up their game,” William Blount coach Kevin Windle told The Daily Times. “I’m so proud of those two. We feed off of those guys, and they played with so much heart tonight.”

Prats got the Govs rolling with a pair of 3-pointers in the first three minutes, 58 seconds and kept the momentum going with two and-ones in the second quarter.

He scored 13 of his 20 points in the first half to help William Blount enter halftime with a 33-22 lead.

“I just felt good, and I wasn’t going to lose this game,” Prats said. “I didn’t want to go out like that as a senior.”

Neither did George, who scored 13 of his game-high 22 points in the second half.

None of those baskets, however, were bigger than a layup with 52 seconds remaining in the third quarter that ended a four-minute, 35-second scoring drought in which West (11-16) pulled within six after an Altin Perry basket and a Baker Dance 3 on back-to-back possessions.

“It was an icebreaker,” George said. “We didn’t want them to come back, so we had to step on their throat and end it there.”

Prats scored the opening bucket of the fourth quarter, and George answered a Perry 3 with one of his own shortly after.

Six unanswered points by Prats, sophomore Cole Gibson and George in a 1:11 span dashed any chances of a collapse.

William Blount limited West to two field goals over the final 5:04 to cap a defensive performance in which it held its opponent under 50 points for the fifth consecutive game.

The Governors success on the defensive end stemmed from not allowing dribble-drive penetration, forcing the Rebels to attempt 31 3-pointers.

“If it’s not our best defensive game of the season, it’s close,” Windle said.

“We’ve had some really good defensive games throughout the year, but tonight was really fun to watch.”

William Blount has won eight of its last 11 games to punch its ticket to the Region 2-AAA Tournament, a turnaround that it credits to the team chemistry that was developed during its participation in the Hilton Sandestin Beach Blowout in Freeport, Florida, after Christmas.

“It just kind of clicked (in Florida),” Windle said. “We’ve had some losses along the way, but we’ve learned from everything we’ve done, and we keep getting better and better as the year goes on.”

William Blount has at least two more opportunities to continue improving and keep this run going, and it has its two senior leaders to thank.

“... Obviously, getting there was our first goal, but that’s not our only goal. We still have other things we’re trying to accomplish like make it to the district championship game and win the district title, and we believe we can do that. This is just one more step in the right direction.”