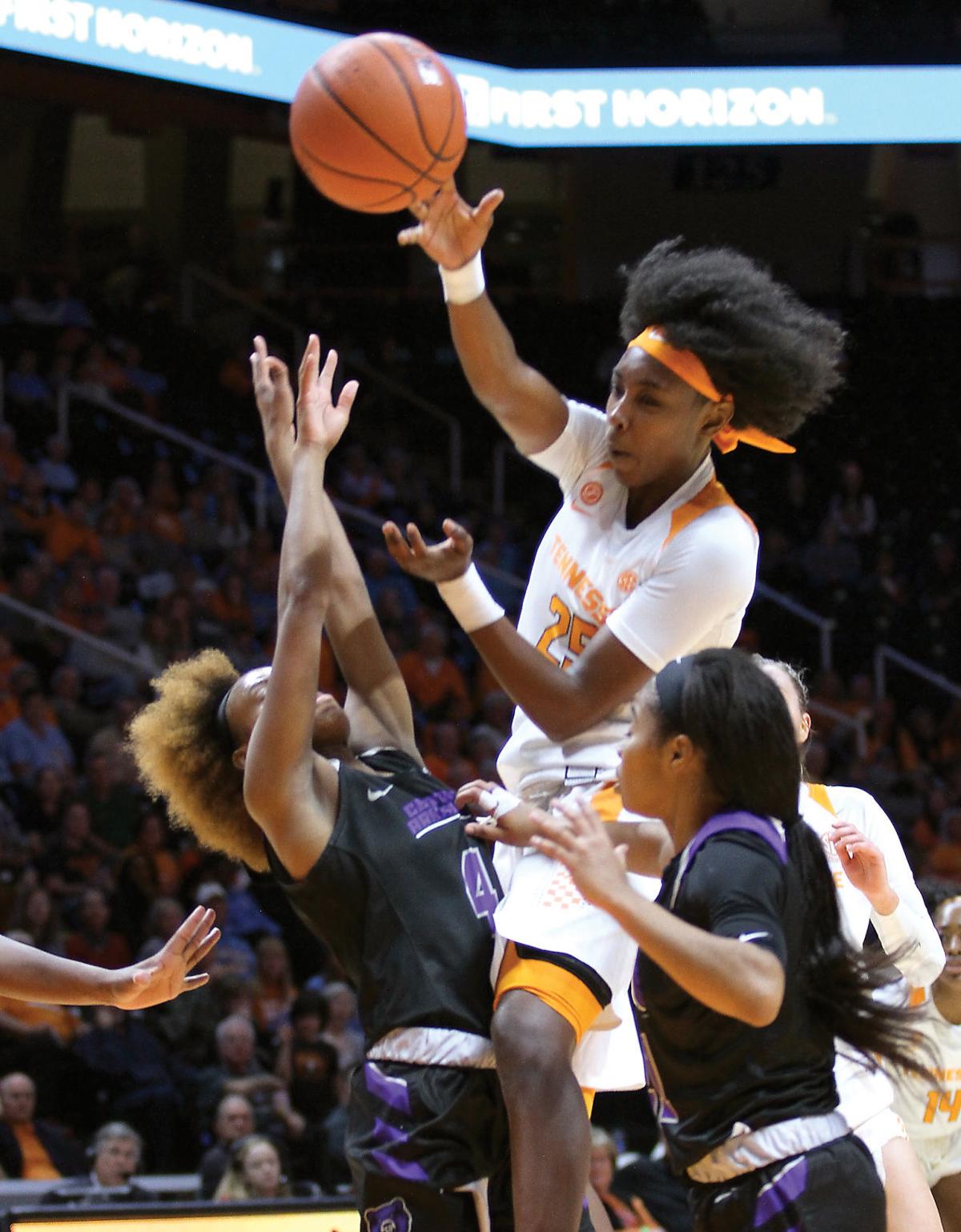 Tennessee’s Jordan Horston drives the lane and passes inside against Central Arkansas on Nov. 7 in Knoxville. 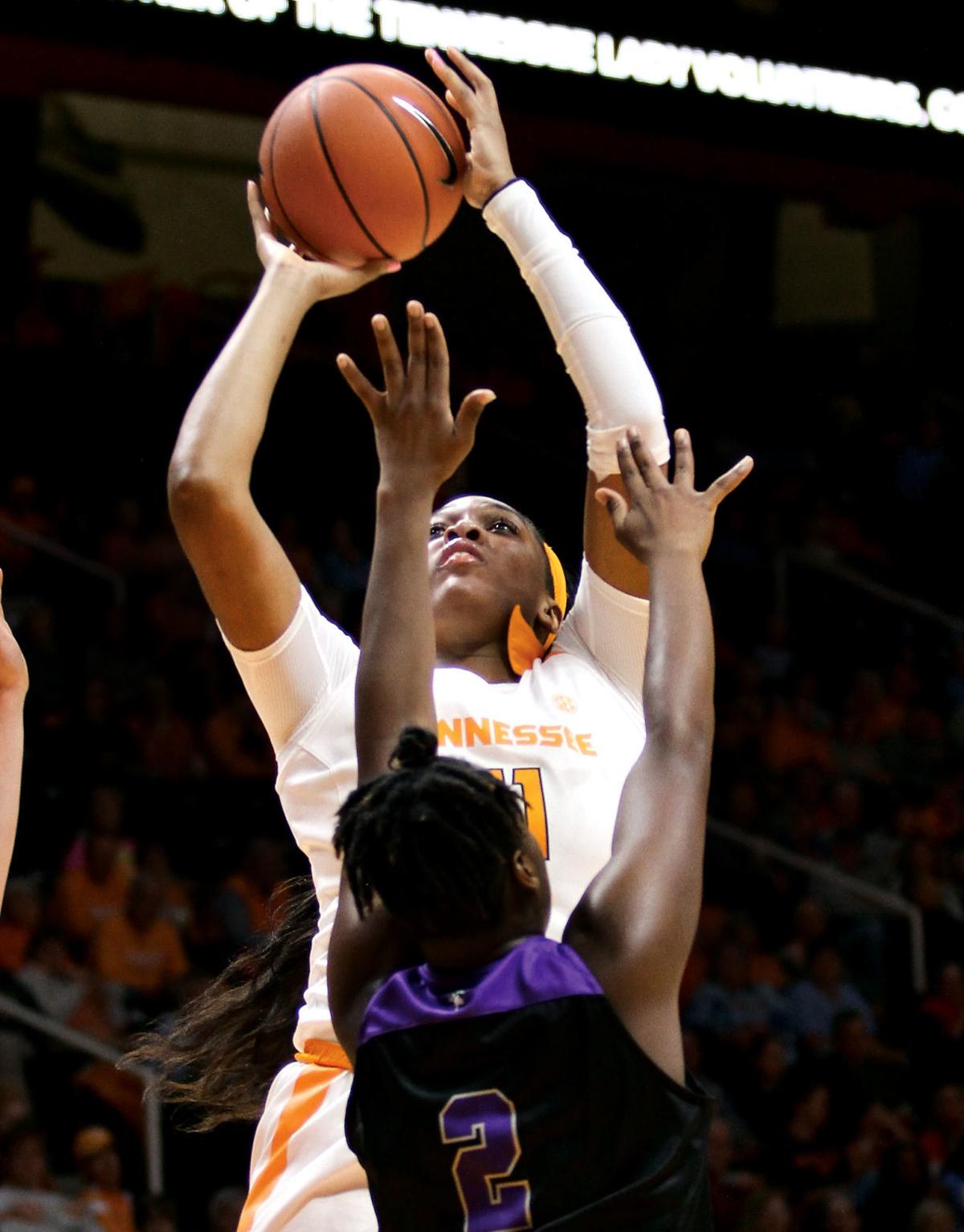 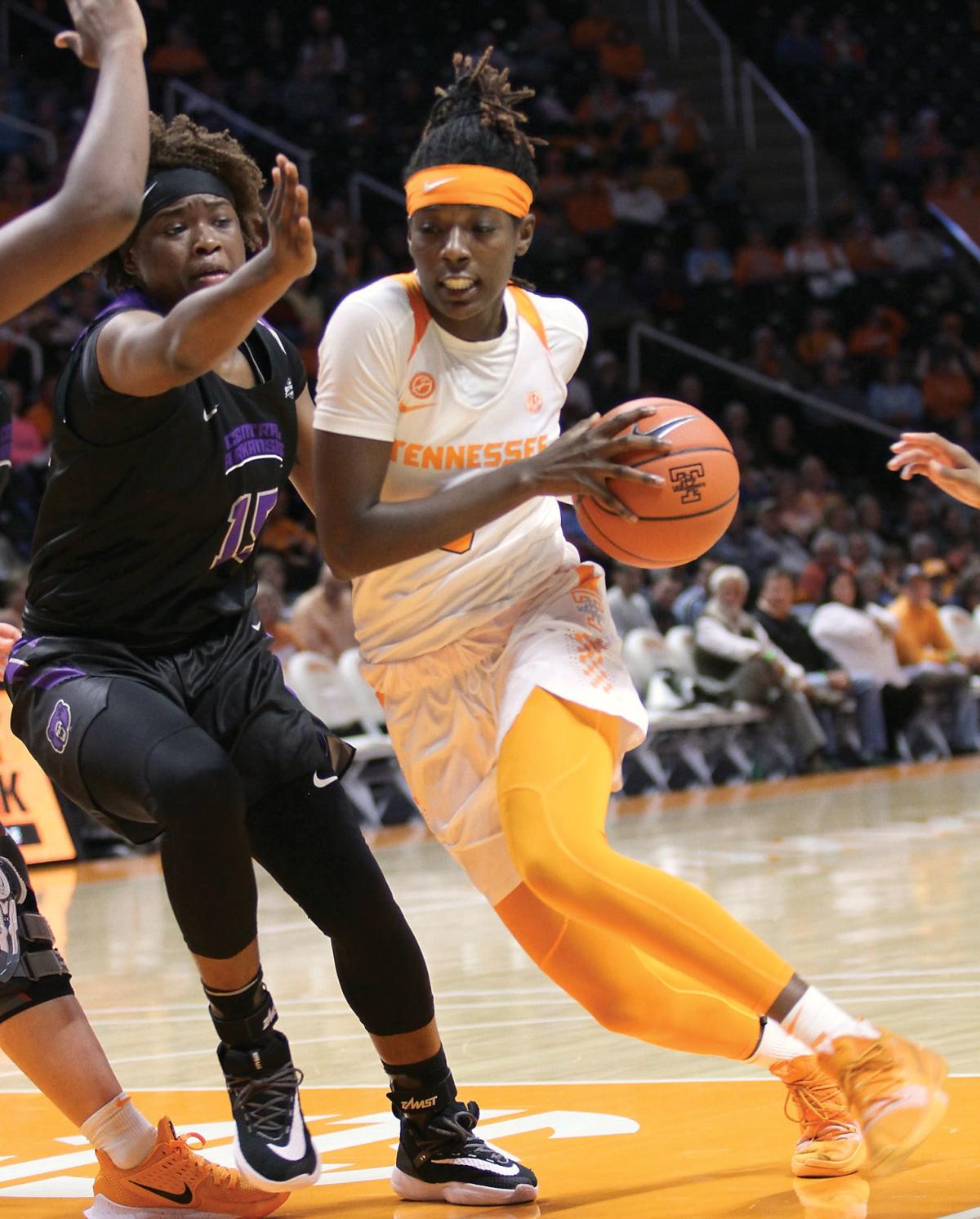 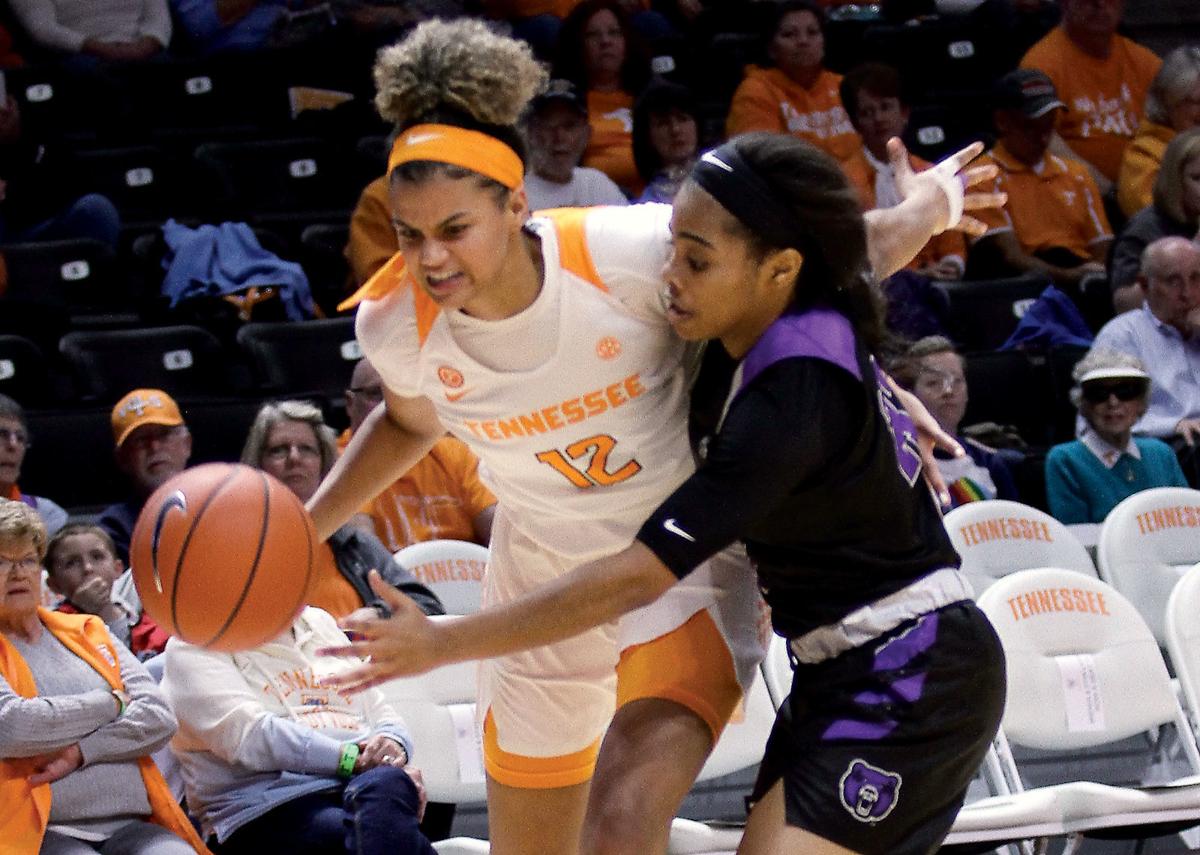 Tennessee’s Jordan Horston drives the lane and passes inside against Central Arkansas on Nov. 7 in Knoxville.

The freshmen duo learned they would be making their first career starts Thursday night at Thompson-Boling Arena.

Hailing from Ohio, Horston initially couldn’t miss. She made her first six shots and was 77.8% from the field for a team-high 17 points.

“There’s no doubt those two are really talented,” Tennessee coach Kellie Harper said. “You can see the dynamic play that Jordan had and fundamentals that Tamari had. I’m really excited for those players and their future. They’re still young. They’re going to learn, and I think this was a good step for them.”

Horston set the tone early for Tennessee when she hit a 3-pointer in the opening 20 seconds. The Lady Vols shot 50 percent — an improvement from their exhibition game against Carson-Newman and season opener at ETSU in which they shot under 37%.

Central Arkansas coach Sanfra Rushing couldn’t help but laugh when asked if Horston affected the pace of the game.

“A lot,” Rushing said with emphasis. “We couldn’t keep up. … I had an up close and personal view — she’s a tremendous player.”

It was a breakthrough game for Horston, who struggled in Tennessee’s first two outings. She was 3-for-12 from the field against Carson-Newman before turning the ball over seven times at ETSU.

She didn’t have a single turnover against Central Arkansas. Horston attributed some of those mistakes to freshman jitters.

“I had to slow down and let the game come to me,” Horston said. “My teammates were always there for me and encouraging me.”

Tennessee’s defense also shined against Central Arkansas. After allowing 18 points in the first quarter, the Lady Vols held the Sugar Bears to 18 over the final three combined.

“We wanted to make sure, in the second half, we really locked in on the defensive end,” said redshirt-senior Lou Brown, who also made her first career start for the Lady Vols.

“To do that, we need to have chemistry. … We have really great relationships on this team, and I think that helped.”

That camaraderie was evident in the players’ postgame news conference. They beamed while reflecting on the milestones hit by other teammates, such as freshman Jessie Rennie. Both Rennie and Brown are from Australia, and both were expected to play the role of a 3-point specialist.

Rennie was off to a rough start, going 0-for-8 against Carson-Newman and ETSU combined.

“She has been a little bit worried about it — a little in her head,” Brown said. “I told her, ‘Look, Jessie, you’re sinking a 3 today.”

Rennie’s 3 came from the corner two minutes before halftime. As soon as the ball left her hand, Brown held up three fingers while watching it sail toward the basket. She knew it was going in.

It was at that point Horston jumped in to recognize Emily Saunders. A fellow freshman, Saunders rounded out the scoring with a layup with 37 seconds left in the game.

“Just thought I should put that out there,” Horston said. “She’s so hard on herself. … Just to see that it’s finally paying off and things are moving in the right direction for her — I’m just happy for her.”