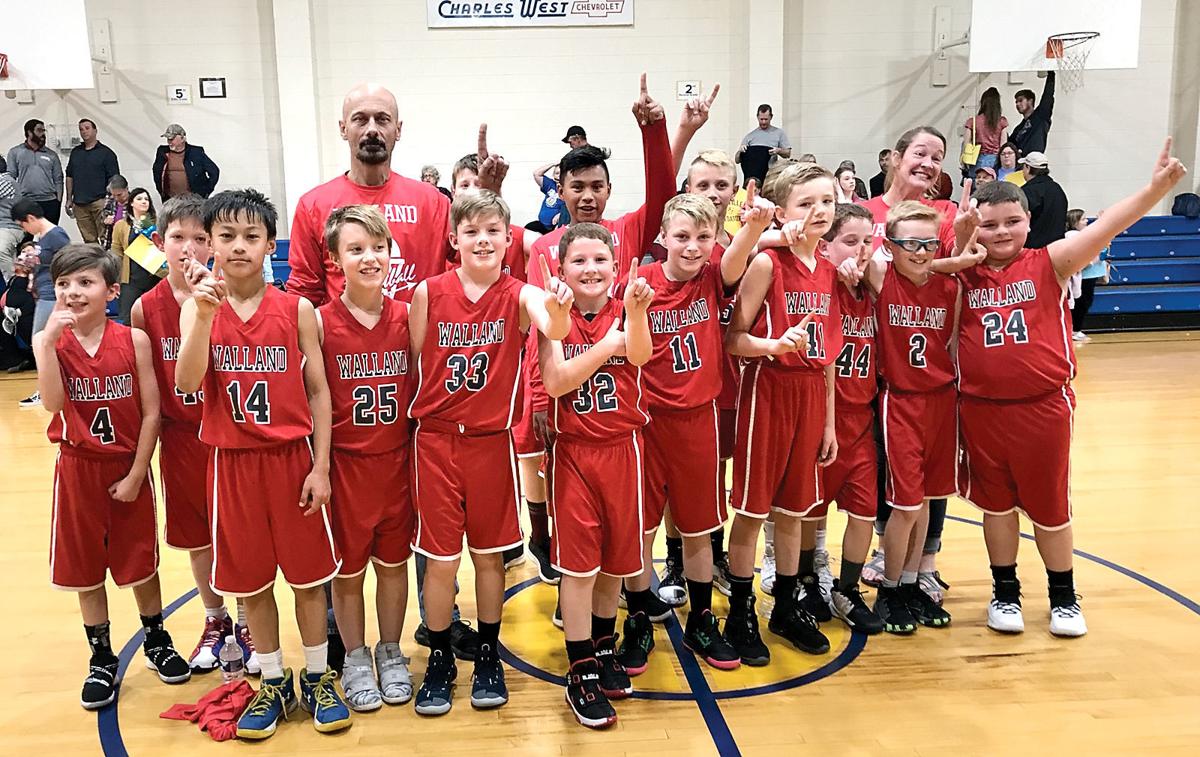 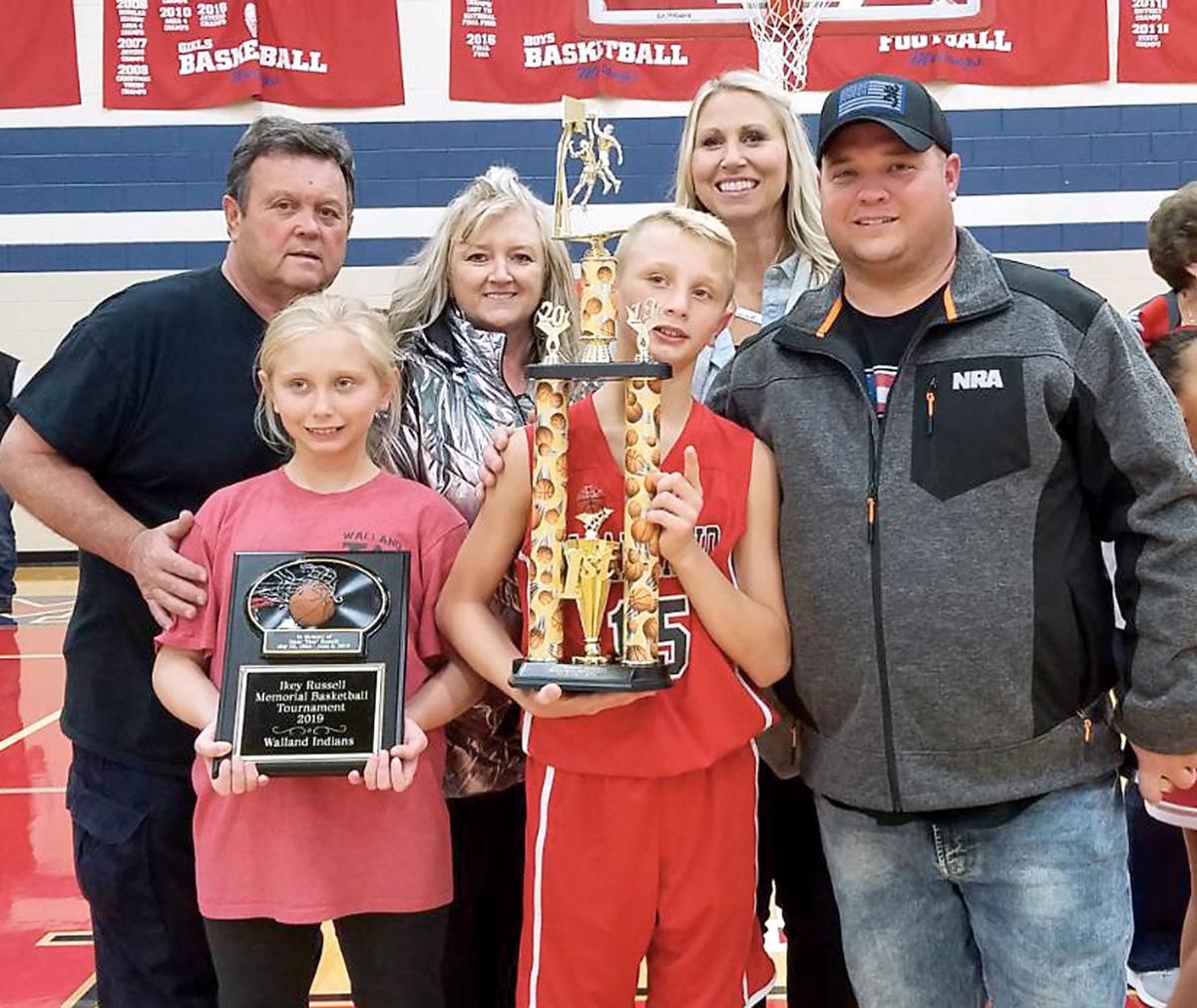 With his family standing with him, Rhett Hall holds the trophy after Walland Elementary won the Blount County Championship in December 2019.

With his family standing with him, Rhett Hall holds the trophy after Walland Elementary won the Blount County Championship in December 2019.

With a couple minutes left in the game, Rhett Hall subbed out and collapsed into his coach’s arms.

Hall, a fifth grader and starting point guard for Walland Elementary had played so well, his team was undefeated and about to win the Blount County championship by 25 points.

It was the pinnacle of a memorable season during which Hall, a soft-spoken and humble boy, had an undeniable weight on his shoulders. Knowing the trophy celebration was moments away, Hall finally found relief in his two coaches’ embraces.

“It’s like he knew he could rest,” said Ada Hall, one of Rhett’s grandmothers.

The coaches who comforted Rhett that day were Tarah Green and Cody Russell, but his previous coach is who was on his mind.

Russell promised the boys they were going to win the championship in 2019 after taking third place in 2018.

Before Russell could see it through, however, he passed away from a blood clot that summer.

Rhett often took a bus after school from Walland to Heritage High School where his mother Lindy works. He would borrow her phone and call Ikey. They would discuss their plan for the night, which usually involved practicing basketball or playing NBA2K on the Playstation upstairs in Ikey’s home.

“I really liked playing video games with him,” Rhett said. “I had to show him how to play. He would push the wrong buttons sometimes and mess up. The last time we played together, he beat me. He never beat me.”

Ikey saw potential in the way Rhett played on the court — and rightfully so, since Rhett had been starting on the Walland Elementary team since he was in second grade. He also had experience playing for church teams, AAU teams and other youth teams.

“We sold our 69’ Camaro so we could build him a basketball goal,” Rhett’s dad, Brandon Hall, said.

When Rhett isn’t practicing or playing he is watching NBA highlights on the computer. However, Rhett remains humble and asks his mother every upcoming season if she “thinks he’ll make the team this year.”

Ikey had formed strong bonds with the boys on the Walland team, and many of them viewed “Coach Russell” as a father figure.

Ikey was tough on the boys, but always told them he loved them. He yelled the boys’ names during the game, but when the boys came off the court, he made sure they were okay.

Ikey invested almost all of his free time into the boys, especially Rhett. Because of their bond, it came as no shock Rhett and his teammates were devastated with Ikey’s passing.

Lindy Hall said she remembered one the boys wailing at Ikey’s funeral.

“It was piercing,” Lindy said.

The next season began and the uncertainty of how the boys would handle playing without Ikey’s guidance was on everybody’s minds.

However, the boys proved they were a team to be taken seriously. From early October to late November, they won every game.

By the time the Blount County Tournament began on Dec. 2, Walland was 11-0.

When they made it to the championship, Rhett and his teammates acknowledged the importance of the game. Not only did they need to win the championship to validate their hard work throughout the season, but they needed to win for Ikey.

Rhett did just that and ended his elementary school basketball career on a note he knew made Ikey proud.

Next season Rhett plans to try out for the Heritage Middle School team with the guidance of his grandfather, coach and his best friend.

In this case, that’s one person.

“I was very hurt and I was very emotional,” Rhett said. “But I knew Papaw would want me to keep playing basketball and keep on.”