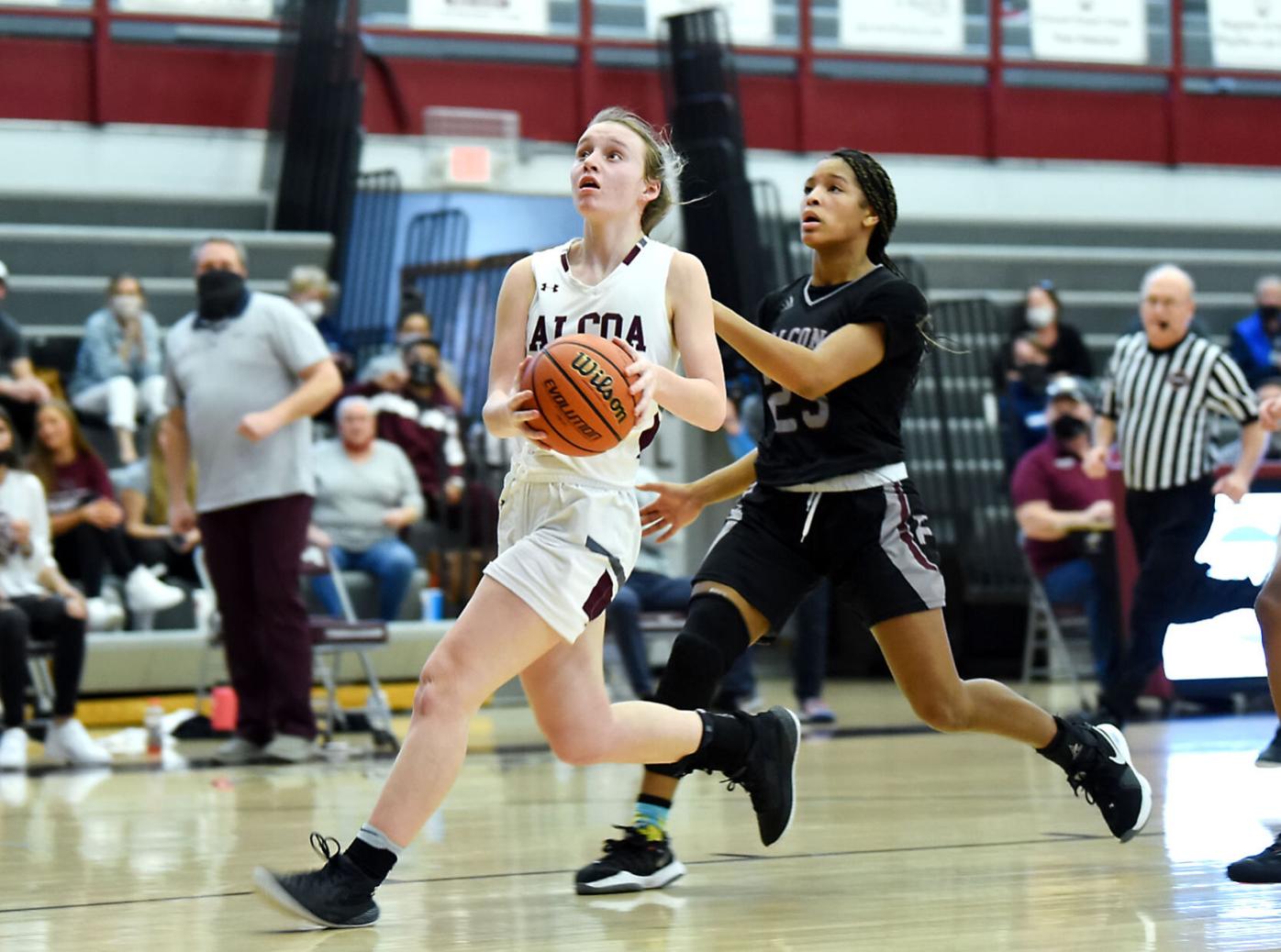 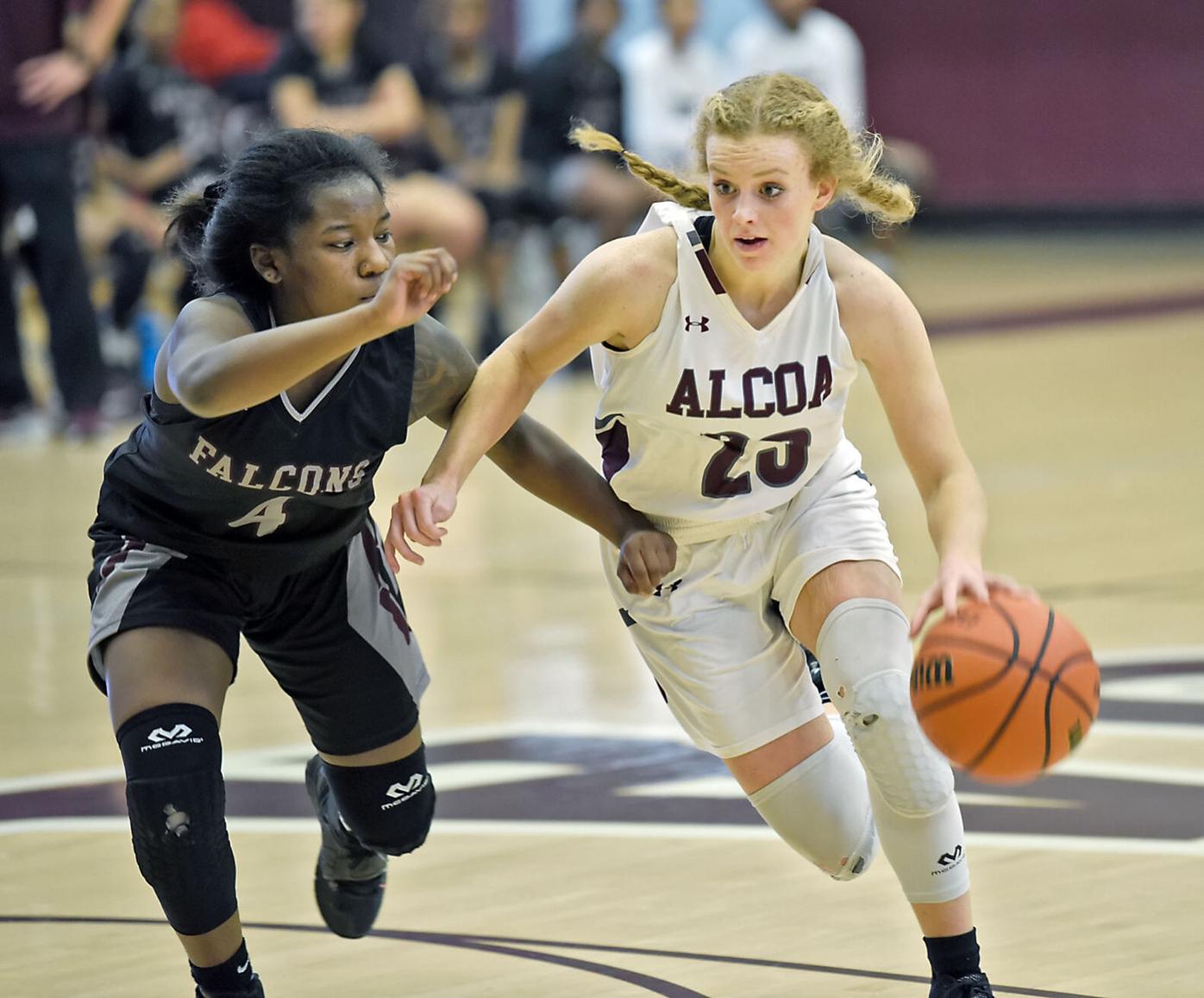 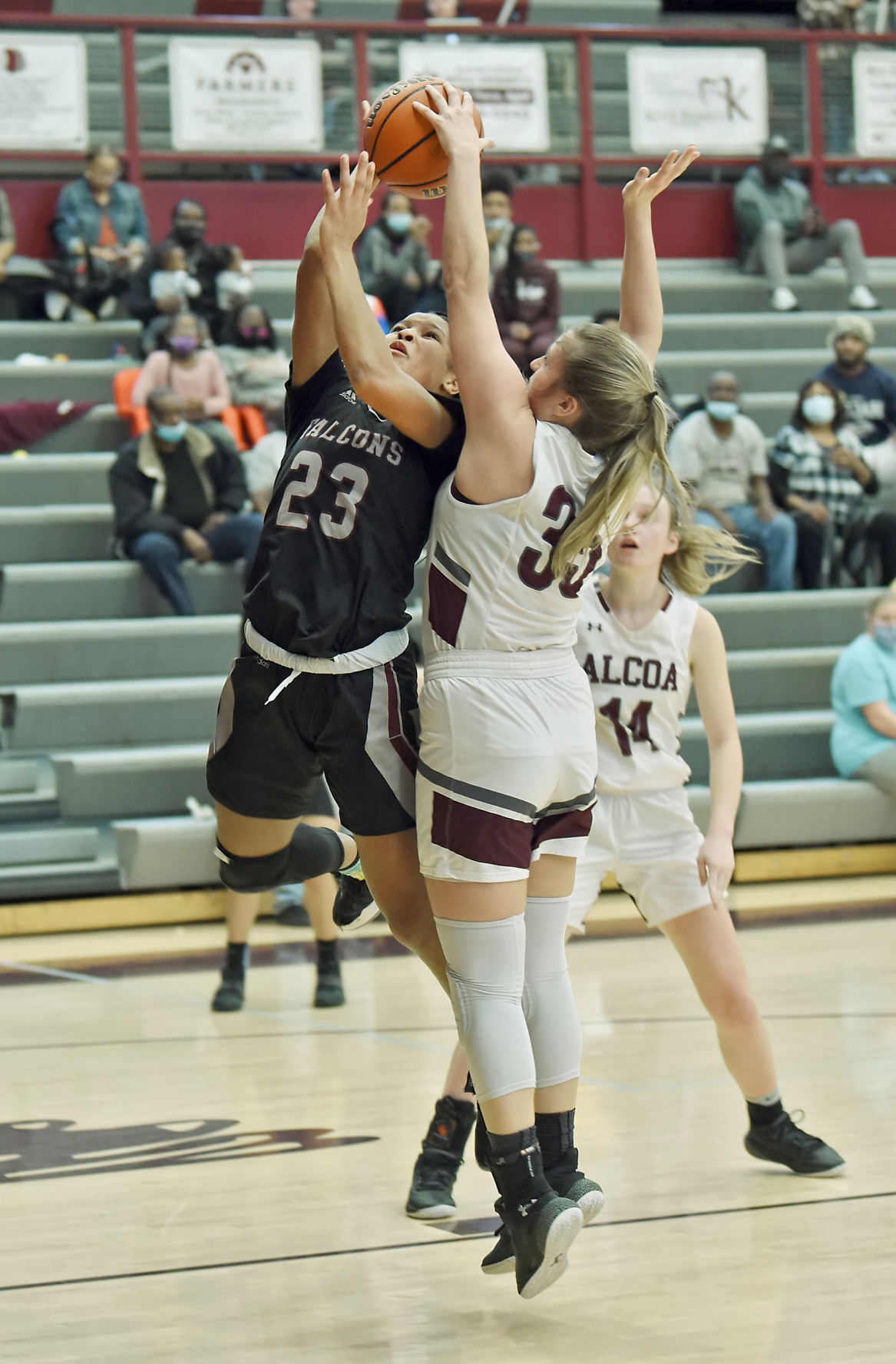 Brenna Ridge (35) blocks the shot by Fulton’s Sammy Taylor (23) during a late push by the Lady Falcons that Alcoa repelled, taking the district tournament title with a 56-50 win on Tuesday in Alcoa. 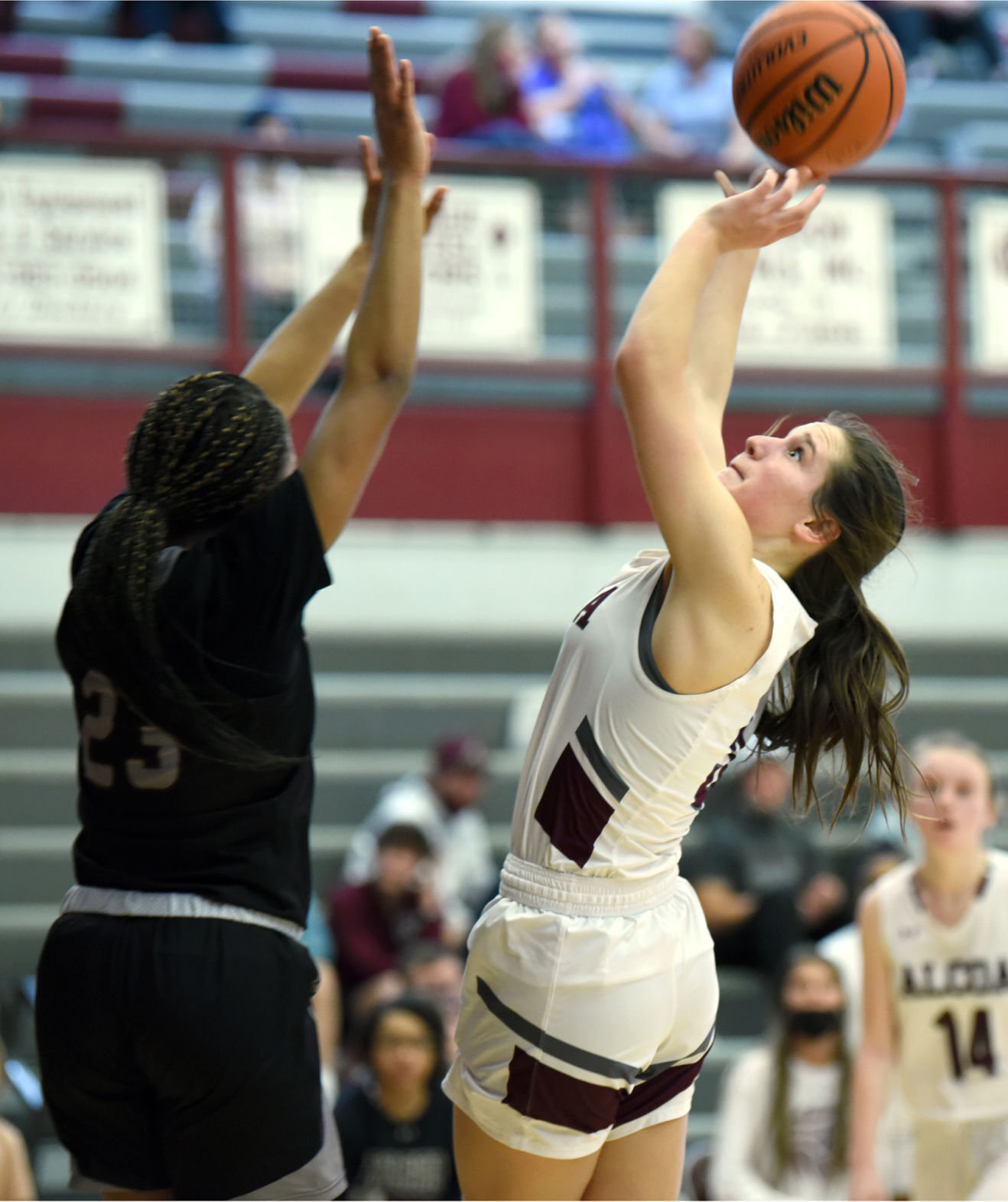 Alcoa’s Macie Ridge (5) attempts a layup against Fulton’s Sammy Taylor (23) in the third quarter as the Lady Tornadoes gained control of the district championship game on their way to a 56-50 win.

Brenna Ridge (35) blocks the shot by Fulton’s Sammy Taylor (23) during a late push by the Lady Falcons that Alcoa repelled, taking the district tournament title with a 56-50 win on Tuesday in Alcoa.

Alcoa’s Macie Ridge (5) attempts a layup against Fulton’s Sammy Taylor (23) in the third quarter as the Lady Tornadoes gained control of the district championship game on their way to a 56-50 win.

With three minutes, three seconds remaining in the third quarter of the District 4-AA championship, McKenzie Wilburn began scanning the bleachers for her father. When the Alcoa senior guard caught his attention, she pointed to her faceguard, hoping to receive parental approval.

For the first 21 minutes of Tuesday’s contest against Fulton, Wilburn wore that faceguard to protect her broken nose. There was just one problem: She hated it and wanted to discard it before she reentered the game. She just needed Danny Wilburn to sign off on her decision.

“They wanted me to wear the faceguard just in case I got hit again,” McKenzie Wilburn told The Daily Times. “I’m not used to that faceguard yet. In a big game like that, I want to play the way I’m used to playing and not make any changes. I wanted to go back to the way I usually play.”

When her father gave the nod of approval, McKenzie Wilburn flung the mask toward Alcoa’s bench. Her parents will likely be hard-pressed to convince her to wear that faceguard again. With three minutes left in the third, Alcoa trailed the Lady Falcons by five points. Wilburn helped her team dominate the final 11 minutes, propelling the Lady Tornadoes to a 56-50 victory over Fulton at Herman Thompson Gymnasium.

Wilcox excelled in every facet of the game against Fulton, registering 13 points, eight rebounds, six assists, four steals and a block.

During Alcoa’s 17-0 run in the second half, she assisted two 3-point baskets, swiped a steal that resulted in a transition layup and blocked a Fulton 3-point attempt during the first possession of the fourth quarter.

“(Our seniors) have been here and they’ve done that — and it showed tonight,” Baumann said. “(Wilburn and Ridge) helped keep us level-headed tonight, maybe even more so than me. … I don’t know if this has happened here — where we have a group of seniors that all they know is winning the district championship.

“(Wilburn) is probably one of the most underrated players in the Knoxville area, especially when you consider all that she does for us. She has led us in scoring, led us in rebounds for the last two years. … She does so many things.”

Wilburn and Ridge also helped the Lady Tornadoes (17-9) rebound from a disastrous start. Alcoa missed its first five shots from the perimeter and failed to score during the first 4:49, allowing Fulton to build a 17-2 lead with two minutes left in the first.

From there, Wilburn and Ridge made it clear that they weren’t going to lose their final district championship game. Ridge buried a triple in the left corner at the end of the first quarter. Wilburn opened the second quarter with another trey to slice Fulton’s lead to 17-10. The Lady Tornadoes splashed four more triples in the quarter to enter halftime with a 26-25 lead

“I didn’t feel good about our focus coming into today,” Baumann said. “We had beaten (Fulton) twice — by 19 once and more than that the first time — and I don’t think we respected them the way we should have. I don’t think we appreciated how hard it is to win a district championship game. Again, I didn’t think our focus today, especially today, was where it should have been. Our minds were elsewhere.”

Baumann didn’t have any complaints about his team’s effort in the second half. With 2:28 to go in the third, Wilburn sliced through Fulton’s zone and tossed the ball to Haworth, who drilled a triple. Haworth knocked down another 3-pointer in the final minute to give Alcoa a 36-35 entering the fourth.

Wilburn took over in the fourth. She began the frame by blocking Jama Simmons’ 3-point attempt. On the ensuing possession, she drove through the lane and forced Fulton’s zone to collapse on her. She immediately passed the ball to Macie Ridge, who drained a trey from the right wing to give Alcoa its first two-possession lead of the game. Wilburn quickly extended the advantage, forcing a steal and driving the length of the floor for the layup. Brenna Ridge scored on a putback and Macie Ridge swished another triple to stretch Alcoa’s lead to 46-35 with five minutes left.

“It’s definitely really exciting to have four straight district championships,” Brenna Ridge said. “A lot of people don’t get the chance to have that opportunity. … It’s a huge deal.”