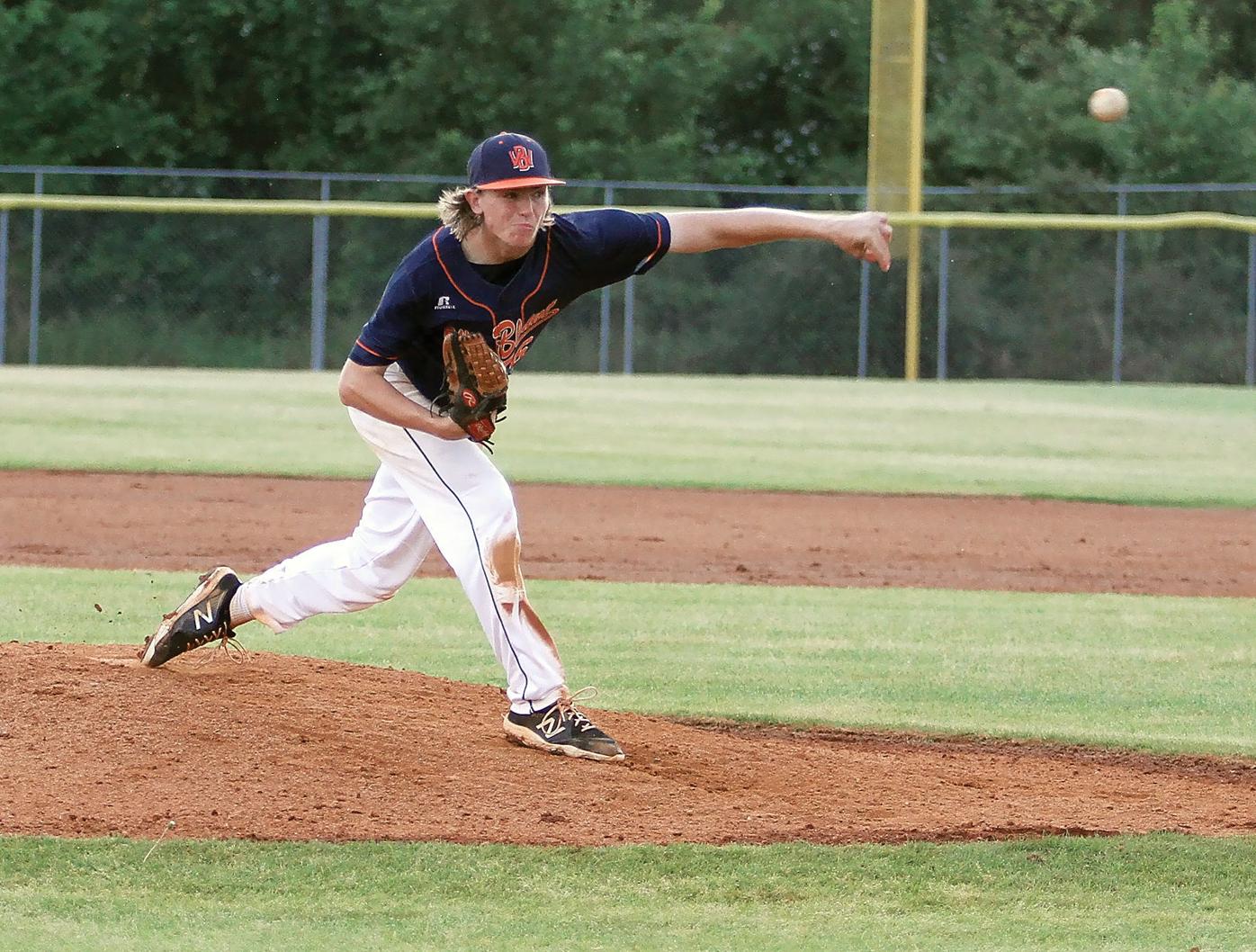 William Blount pitcher Rohde Kirkland delivers a pitch against the Tornadoes on Monday in Alcoa. 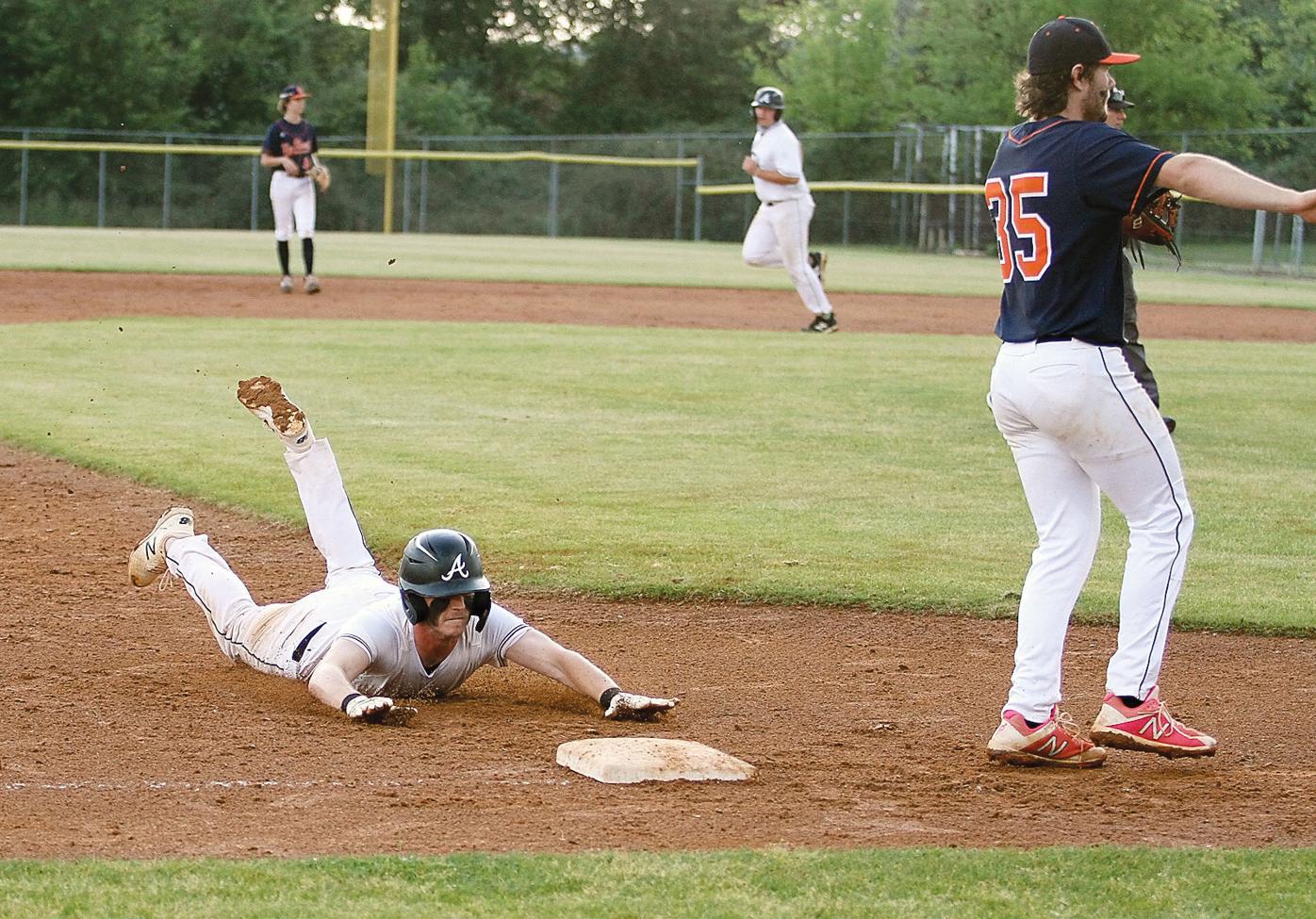 Alcoa’s Riley Heaton slides safely into the third base after a wild pitch as William Blount’s Brandon Coggin waves off the throw to third on Monday in Alcoa. 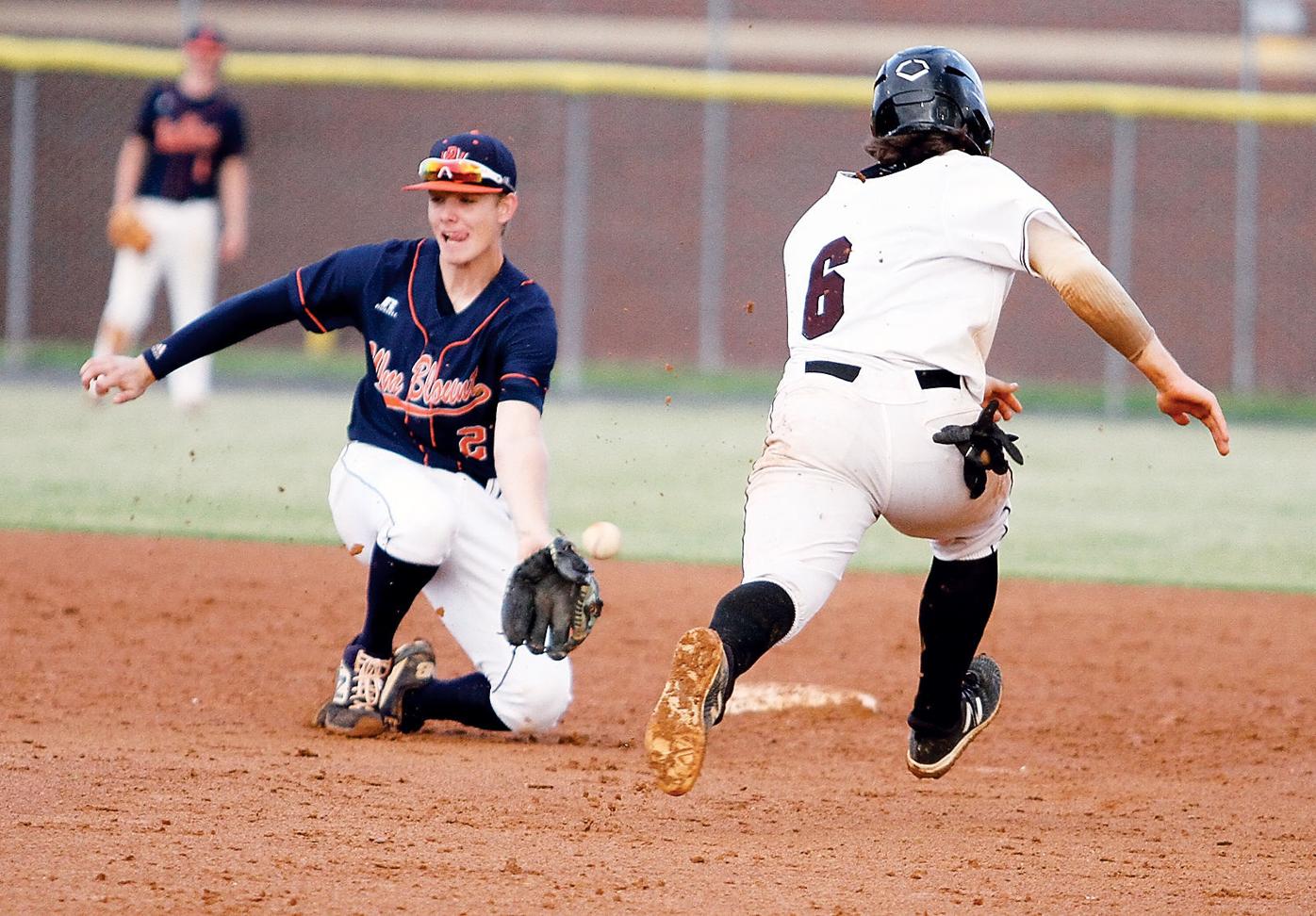 Alcoa’s Ryan Whitson runs to slide safely into second base on a steal as the ball gets past William Blount’s shortstop Colby Abbott on Monday in Alcoa.

William Blount pitcher Rohde Kirkland delivers a pitch against the Tornadoes on Monday in Alcoa.

Alcoa’s Riley Heaton slides safely into the third base after a wild pitch as William Blount’s Brandon Coggin waves off the throw to third on Monday in Alcoa.

Alcoa’s Ryan Whitson runs to slide safely into second base on a steal as the ball gets past William Blount’s shortstop Colby Abbott on Monday in Alcoa.

The biggest thing that has held William Blount baseball back in a season that started promising and quickly flipped to being frustration-filled is its defense.

In an ironic turn of events, though, the Governors were the beneficiary of a fielding miscue to close out the regular season.

An errant throw from Alcoa junior catcher Isaac Whitehead while attempting to catch William Blount junior Trent Reardon stealing third base allowed Reardon and sophomore second baseman Carter Abbott to break a scoreless tie in the 10th and propel the Govs to a 2-0 victory over the Tornadoes on Monday at Alcoa High School.

“With the way our defense has played most of the year, it’s nice to return the favor and have somebody else give us a game, so to speak,” William Blount coach Justin Young joked.

Make no mistake about it, though, William Blount (12-19) earned its victory over its county rival, and the pitching quartet of seniors Avery Crabtree, Brandon Coggin and Jacob Patterson and junior Rohde Kirkland were the reason.

Crabtree started the combined shutout with four innings in which he allowed two hits and struck out five.

Kirkland followed with two innings, ending his outing by striking out junior Nate Hartless to get out of a bases-loaded jam. Coggin also escaped a bases-loaded situation by getting senior shortstop Thai Love to line out to center after intentionally walking junior Riley Heaton before retiring three of the four batters he faced in his second inning of work.

Patterson picked up the win after tossing two perfect innings, including a game-ending punch out of Alcoa junior Dalton Fiegle.

“Those four, I’d put them up with anybody’s top four in the district,” Young said. “When they’re throwing strikes and are confident in their stuff, they do a good job. We need them to carry that over into this weekend.”

Henry allowed two walks over seven no-hit innings and only got stronger as he went along, retiring the final 11 batters he faced before giving way to Hartless.

“That’s (Henry’s) best outing that I’ve seen,” Alcoa coach Steve Dunn said. “He showed some really good outings early and then he went through a little funk, but I thought he pitched great day today. I was really proud of him.”

Hartless walked one in an otherwise painless eighth before giving up a leadoff double in the ninth to William Blount senior shortstop Colby Abbott.

Senior catcher Trevor Ulland followed with a walk and junior right fielder reached on a bunt single to load the bases, but Hartless struck out Kirkland, got freshman first baseman Nate Ray to fly out to shallow center and then escaped unscathed after a long fly ball to the warning track from junior center fielder Job Matossian.

However, the jam Hartless created in the 10th proved too much to tip-toe out of. Patterson started the inning with a liner that was hauled in by Love, but Reardon followed with a single and promptly stole second.

After Carter Abbott walked, Reardon got the go ahead from Young to steal third, and he did successfully, drawing an errant throw in the process that cost Alcoa (22-10-1).

“Pitching was obviously not the problem today,” Dunn said. “It was a really good game for us because we saw some good pitching, and we need to see good pitching. Our tournament starts on Saturday (against Kingston), and that’s really when our season starts. We can wipe out the 33 games we’ve played because they mean nothing now.”

It may have been more important for William Blount, which for the first time in weeks seemed to couple the strong pitching that made it hopeful early in the season with defense and timely at-bats — a promising sign as it enters its District 4-AAA opener against No. 1-seed Farragut at 4:30 p.m. Friday.

“Baseball is so mental, and sometimes when a break goes against you think, ‘Oh no, here we go again,’ but we found a way tonight,” Young said. “We have a good team. We expect to come out this weekend and play well, give it our best shot and see what happens.”