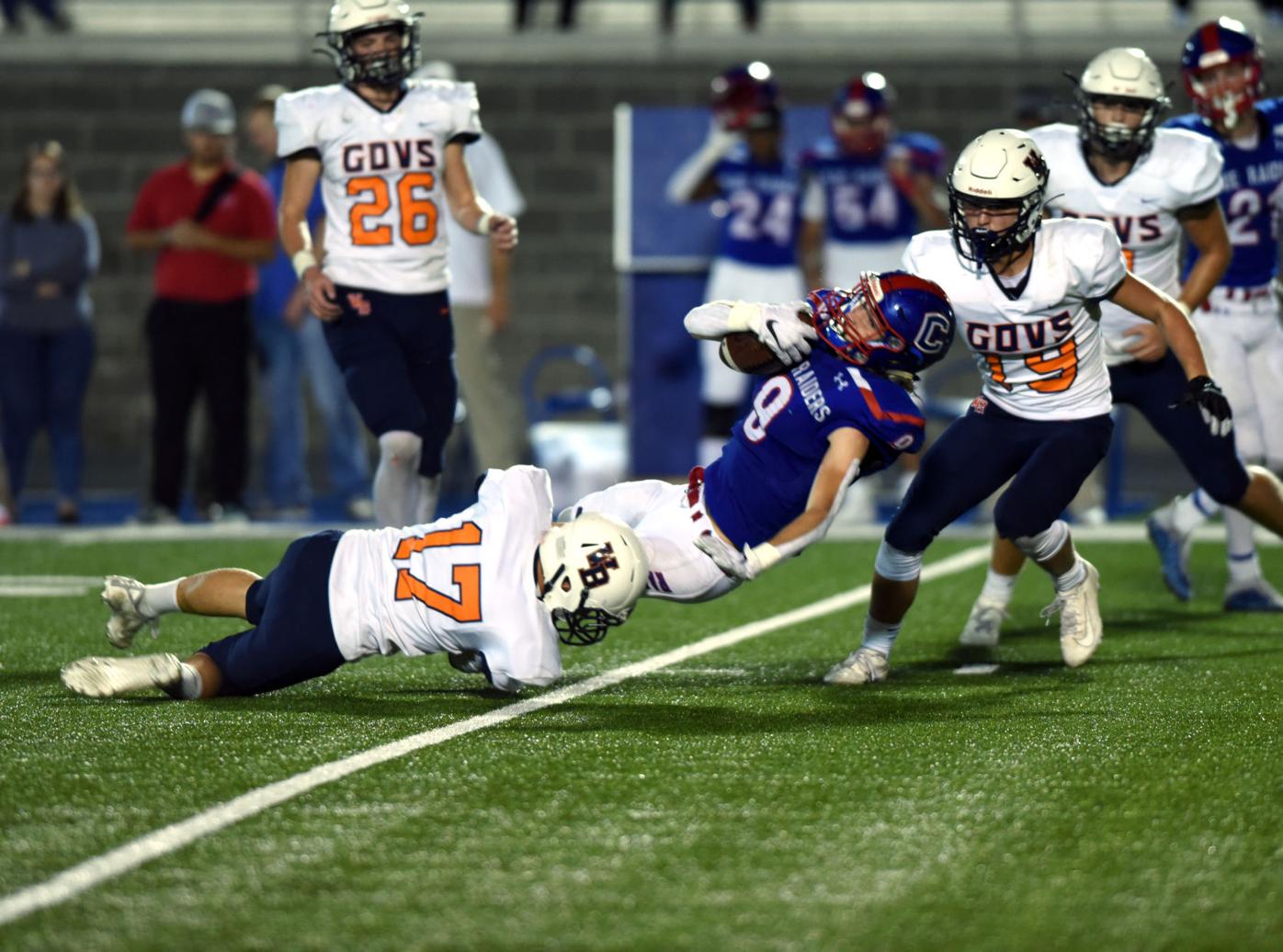 William Blount’s Cody Baumgardner (17) and Brandon Keeble (19) converge on Cleveland’s (9) for the stop Friday night in the Governor’s road loss. 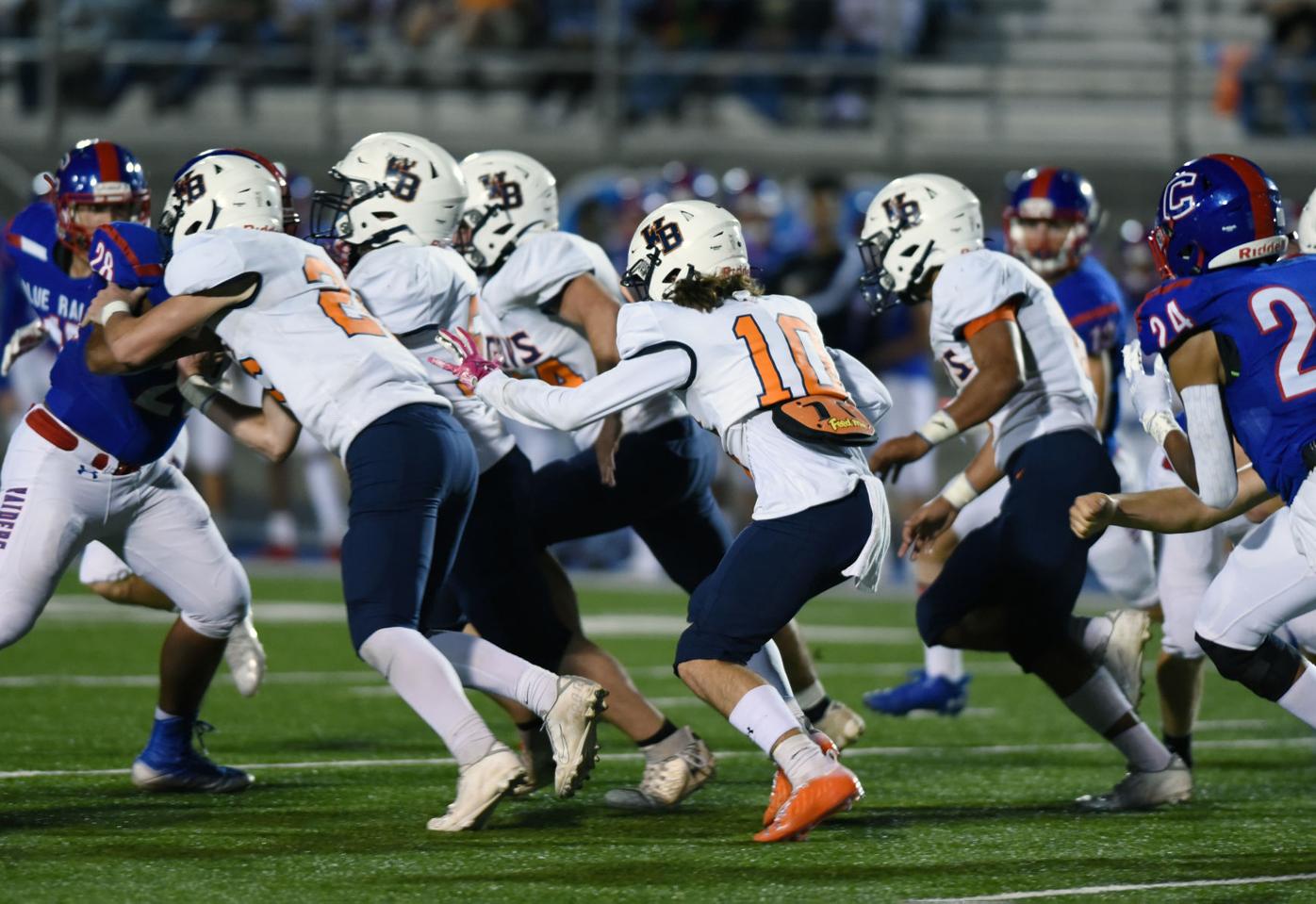 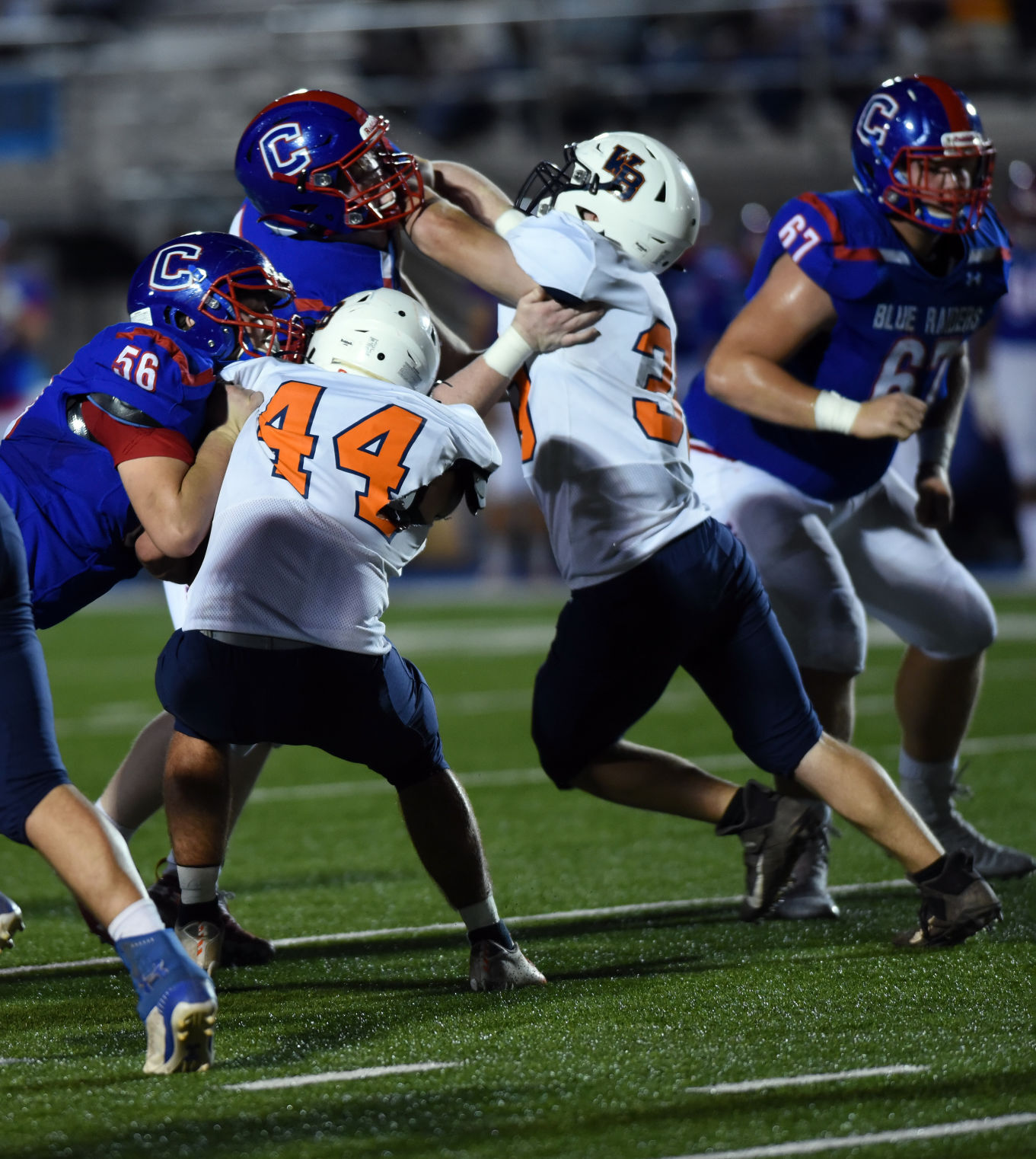 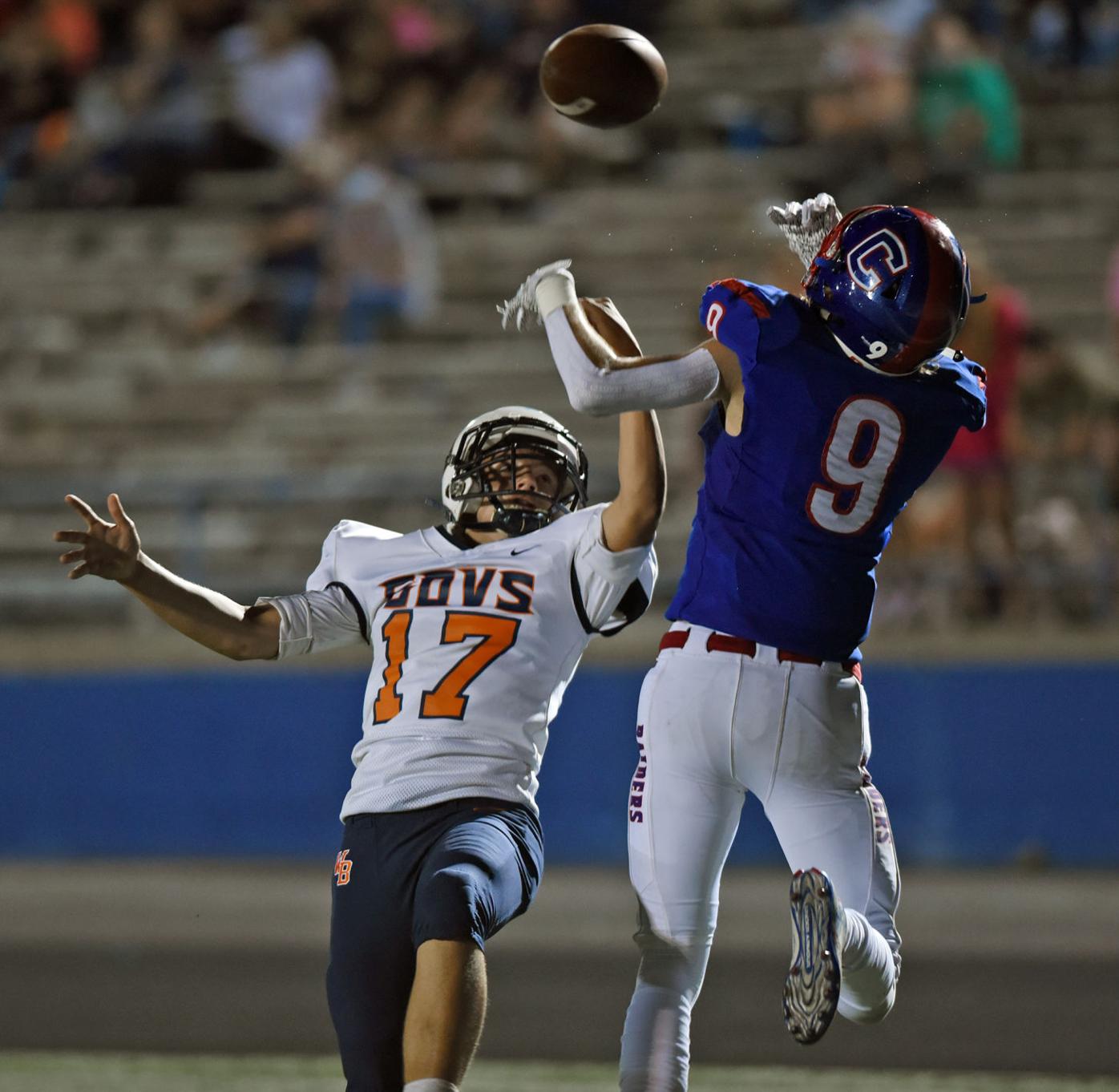 William Blount’s Cody Baumgardner (17) breaks up a pass intended for Cleveland’s (9) at the goal line in Friday night’s loss for the Governors at Cleveland. 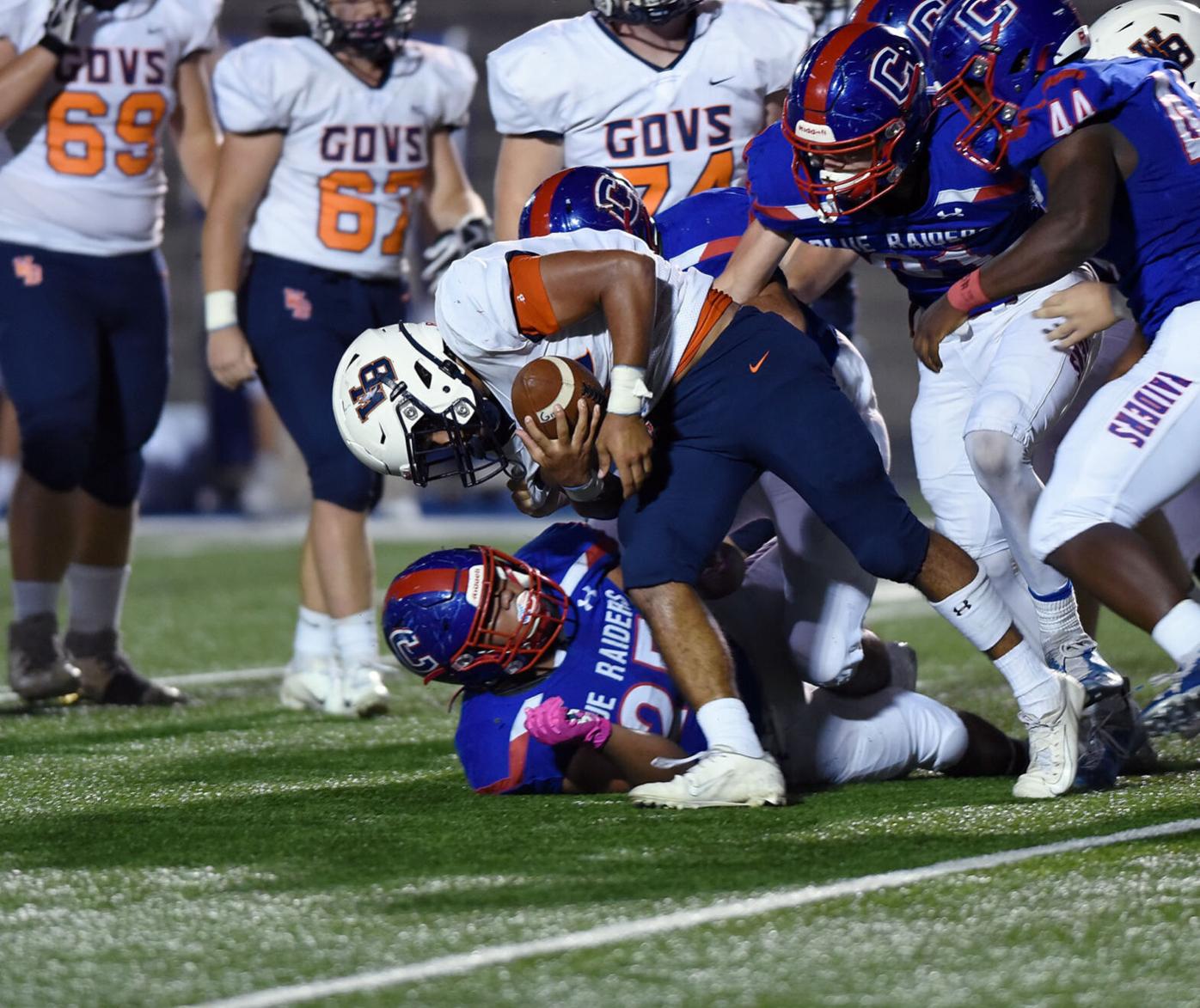 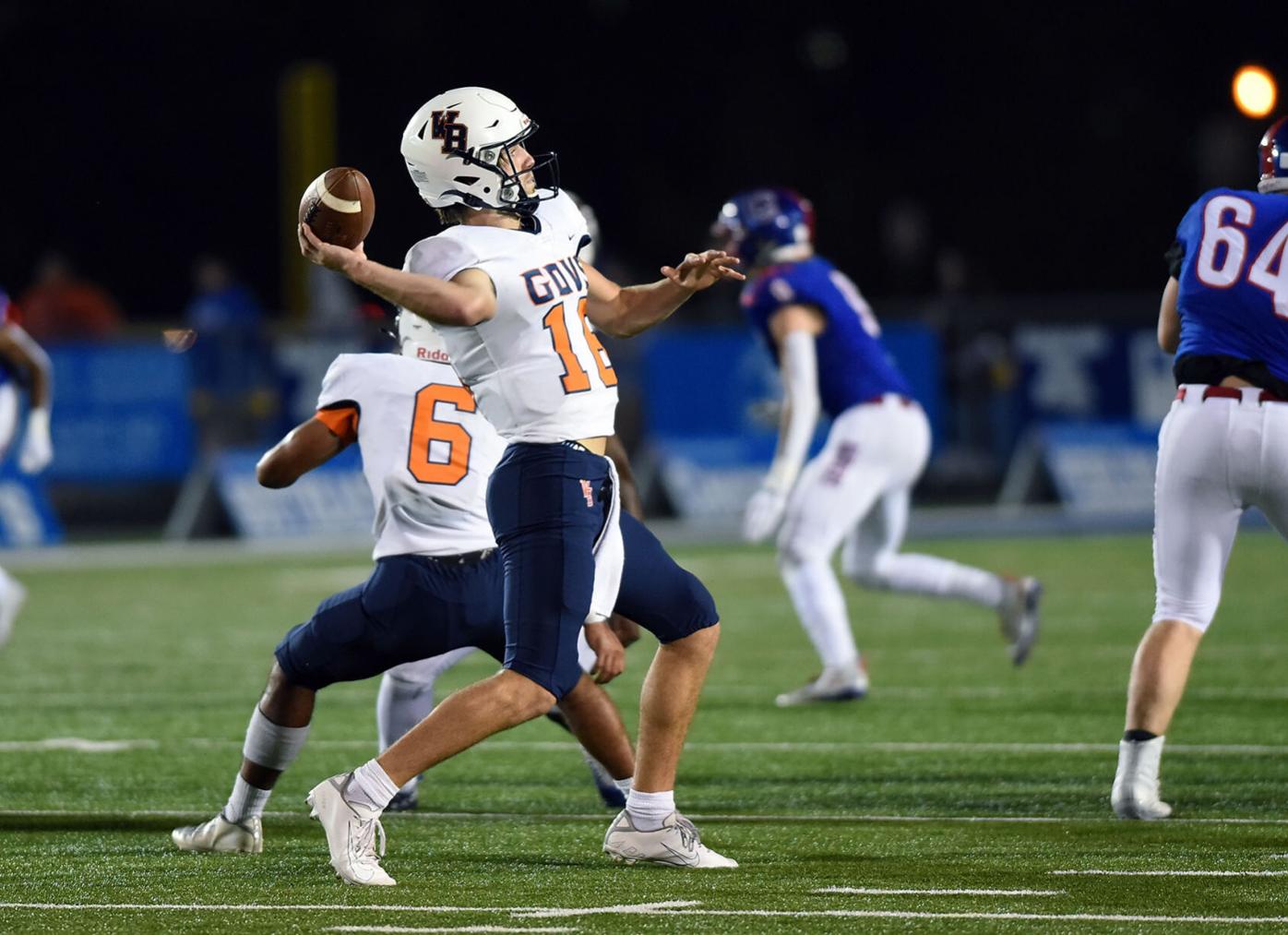 William Blount’s Cody Baumgardner (17) and Brandon Keeble (19) converge on Cleveland’s (9) for the stop Friday night in the Governor’s road loss.

William Blount’s Cody Baumgardner (17) breaks up a pass intended for Cleveland’s (9) at the goal line in Friday night’s loss for the Governors at Cleveland.

The Governors had stumbled in a must-win game, falling 45-0 to Cleveland to miss an opportunity to advance to the playoffs for the second straight season. Shadowens challenged his players to grow from the setback. He expects them to keep working hard during practice this week before their regular-season finale against Lenoir City, even if there is no postseason berth on the line.

“How you handle adversity and things that don’t go your way reveals what kind of character you have as a human and as a man,” Shadowens told The Daily Times.

The Governors (3-6, 0-6 Region 2-6A) struggled overcoming adversity against Cleveland (4-5, 2-3). They allowed the Blue Raiders to score on the first play of scrimmage. It only grew worse from there.

Earlier this week, Shadowens observed that the majority of William Blount’s offensive woes this season have stemmed from turnovers. That was the case Friday. The Governors committed three first-half turnovers that allowed Cleveland to enter halftime with a 35-0 advantage.

They turned the ball over three more times in the second half, failing to reach the end zone for the first time this season. The Blue Raiders scored 31 points off of those six turnovers. They scooped up a fumble and carried it 13 yards to the end zone in the first half and intercepted a pass and returned it 80 yards for another score in the second half.

“You can’t win a pee-wee league game; you can’t beat anyone — you can’t compete with anyone in 6A football when you turn the ball over,” Shadowens said. “Our team has fought for the most part of the year. I thought they played with a lot of intensity throughout the year. Tonight wasn’t that. Tonight, when things went so bad early in the game, I thought we kind of gave in to that. Then we turned it over and multiplied our mistakes.”

During the first play, Cleveland quarterback Drew Lambert connected with his receiver Destun Thomas for an 80-yard touchdown. On Cleveland’s next possession, Lambert capped a 14-play, 84-yard drive by plunging five yards into the end zone.

“We haven’t done a good this year of, when the ball goes in the wrong direction, doing something to stop that bad momentum,” Shadowens said. “We have allowed it to snowball.”

That happened again against Cleveland. Lambert threaded a 23-yard touchdown pass to Thomas. Three plays later, Bryston Williams lost the ball on the handoff exchange. Ben Gray collected the loose football and strolled into the end zone. The Governors fumbled again on their next possession, and Cleveland’s Brian Beard cruised 12 yards into the end zone six plays later.

Suddenly, the Governors trailed 35-0 with 3:31 remaining until halftime.

William Blount couldn’t recover from their mistakes in the second half. Shadowens hopes his players bounce back next Friday when they host Lenoir City.

“In life, a lot of times things don’t go the way we want and when things don’t, your true character can be revealed,” Shadowens said. “I know we have high-character guys and my expectation will be in the last week of the season, we can show what kind of character we have as young men.”