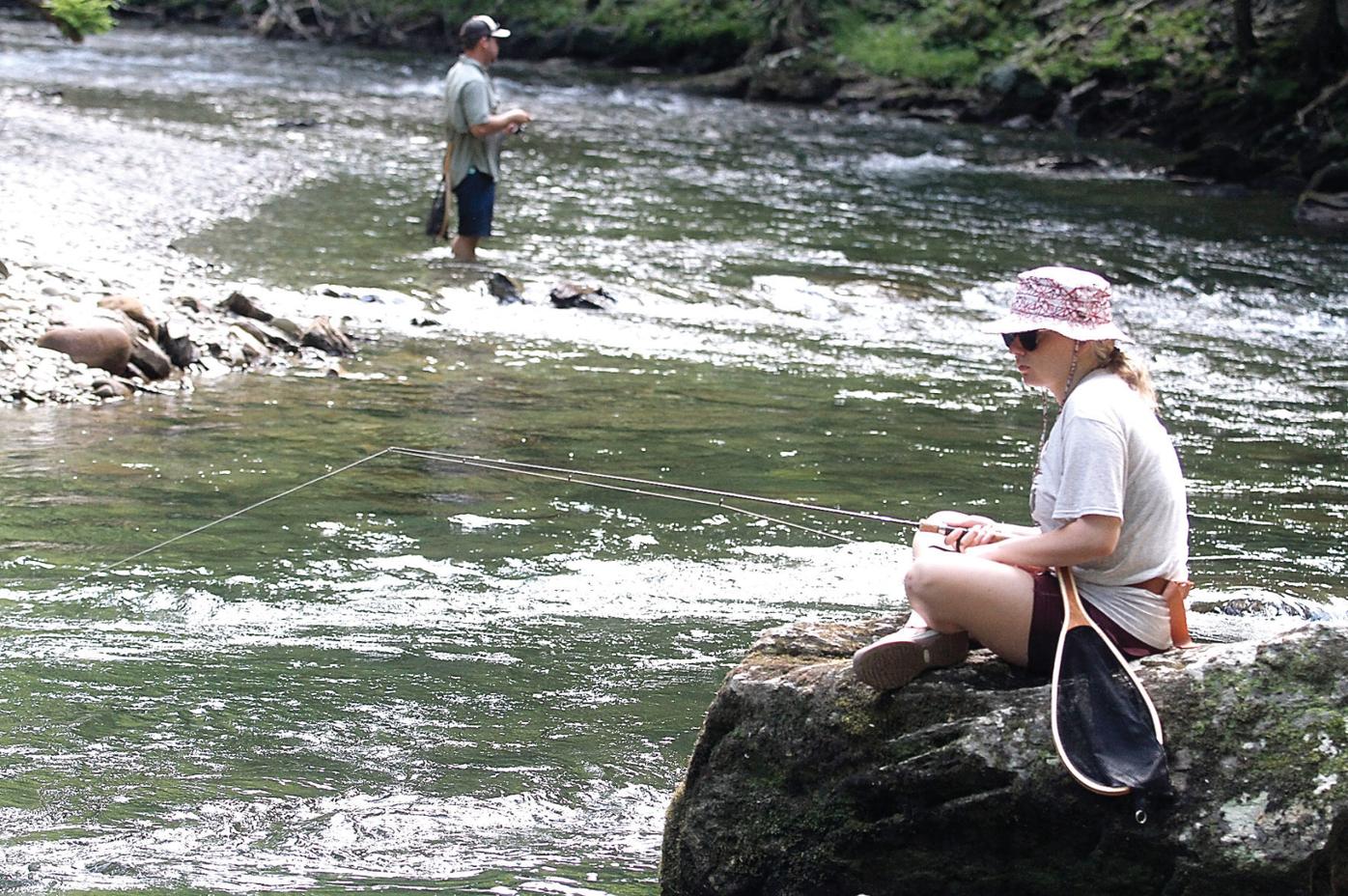 Wayne and Tess Wallace spend the afternoon fishing in the Little River near Tremont Institute in the Great Smoky Mountains National Park. 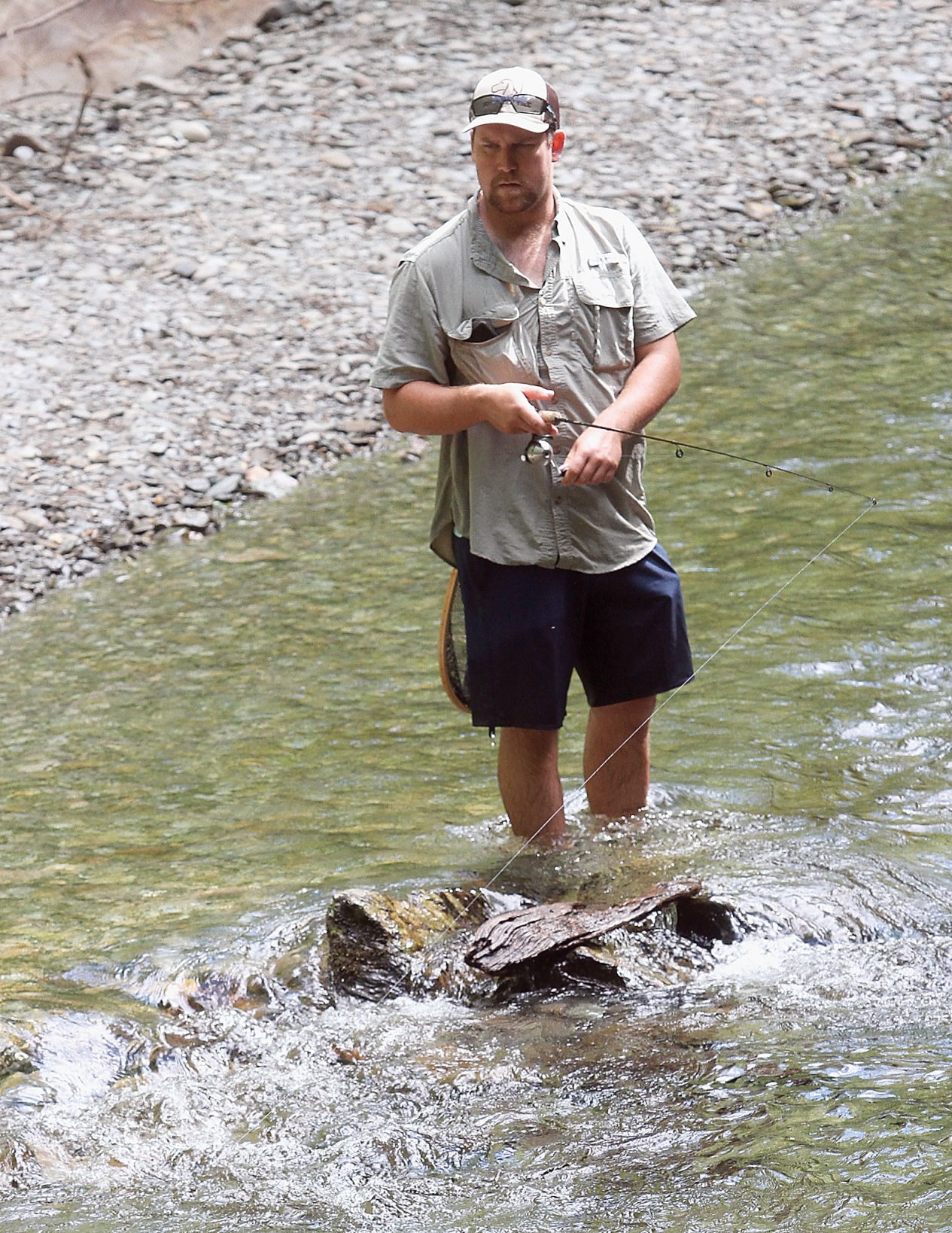 Wayne and Tess Wallace spend the afternoon fishing in the Little River near Tremont Institute in the Great Smoky Mountains National Park.

Welcome to the Smokies, fishing aficionados.

Great Smoky Mountains National Park is home to perhaps the largest wild trout habitat in the eastern United States. Nearly 600 miles of its 2,900 miles of streams are inhabited by trout: brook, rainbow and brown.

All three species reproduce in the park’s streams, but the brook trout is the only one that is native to the Southern Appalachians. It is prized among fly anglers, but it has lost nearly 75% of its original habitat due to logging in the early 20th century and to the introduction of rainbow trout.

Prospects for the 2020 fishing season: All streams within the park are open to fishing and harvest, a statement that could not be made from 1934 to 2015. Matt Kulp, the park’s supervisory fishery biologist, said the fishing prospects should be average to above average for the entire park.

“Surveys of brook trout populations indicate densities are above average in most park waters, especially in North Carolina streams where the drought affects appeared to be minimal,” he added.

Brookies can be found in about 160 miles of streams in the park. The West, Middle and East prongs of Little River are fine habitat for rainbow, brown and brook trout, with the native brookies preferring elevations above 2,500 feet.

Since 1987 the park has restored 31 miles of the higher streams that have natural barriers like waterfalls to have exclusively brook trout populations.

Brown trout in Little River are found between the 2,500- and 3,000-foot elevations. On the Elkmont branch, they will be in the Fish Camp Prong; on the Tremont side, they are a half-mile up on the Lynn Camp Prong to the end of the gravel road.

Browns do not displace brookies like rainbows do. Once they reach 8 inches, browns eat other fish as well as insects. They can live eight to 10 years and get to be 25 to 30 inches long. They are extremely hard to catch.

Smallmouth bass are found in the lower elevations of the park, around 2,500-feet elevation, and they are plentiful beginning in Townsend and downstream on the Little River.

While the entire ecology of the park is pristine and fragile, the waters are especially susceptible to invasive species brought in by visitors. Kulp stressed the importance of thoroughly cleaning all equipment that will touch the water, especially shoes, waders and tackle.

Kulp named the algae didymo (nicknamed “rock snot”) as a major threat to the park’s stream habitat for aquatic insects, mainly because it is so widespread in this country, but there are many more pests to watch for: whirling disease in trout, gill lice, New Zealand mud snail, quagga mussels and zebra mussels.

“Catch-and-release is not necessary in the park,” Kulp said. “The limiting factor on the population of fish is food: aquatic insects. Annual mortality for trout is about 55% to 65%, mostly from wildlife; anglers account for no more than 15% of that total. Typically, once brook trout get to 10 inches, they have difficulty eating enough to stay alive and often die the following year.”

No stocking from fish hatcheries is done in the park. From Townsend downstream to Walland, the native trout habitat is marginal, but rainbows are heavily stocked in the spring and fall by the Tennessee Wildlife Resources Agency. Summer water temperatures are too warm for stocking trout, but the bass fishing is great.

Trout fishing in the Smokies is enjoyable at all levels of experience. For easy fishing and family fun, go for the stocked rainbows on the Little River in Townsend or begin with fly-fishing lessons at Little River Outfitters.

Experienced anglers can tackle the big streams with easy access along the main roads. The purists can hike deep into the park for seclusion to fish for brookies in pristine creeks.

Successful trout fishing, especially fly-fishing, is closely tied to the elements of nature. Nothing creates success more than the assistance of knowledgeable local anglers.

For equipment and advice on fishing, Little River Outfitters in Townsend is the place to go. The rustic two-story post and beam building is located at 106 Town Square Drive.

Fishing guides are an excellent way to get the most out of your fishing day; most can supply the equipment, know where to go and how to catch them.

Three guides who come recommended by Little River Outfitters include Rob Fightmaster, 865-607-2886 and on the Web at fightmasterflyfishing.com; Josh Pfeiffer, 865-719-0227 and frontieranglerstn.com; and David Knapp, 931-261-1884 and troutzoneanglers.com.

2018 Alert: Whirling disease has been detected in the Watauga River in North Carolina for the past two years, and this year it was reported in Watauga Reservoir (and river) in Tennessee.

This area is not far from the northern boundary of the Park.

Do not be the one responsible for bringing these destructive hitchhikers into the Park: Didymo (rock snot), gill lice, whirling disease in trout, New Zealand mud snail, quagga mussels, and zebra mussels.

For shoes, waders, lures, tackle and anything that will touch the water or shore, the following procedure should be followed, preferably before leaving your home:

• Scrub every speck of mud, seaweed and debris off of the items.

• Soak them in a hot, 5-percent solution of chlorine bleach for 10 minutes.

• Thoroughly dry the items and keep them dry.

Exposure to sunlight for several days and/or storing the items in a freezer for at least eight hours is a bonus.

The spring and summer 2020 edition of the Townsend Traveler.

The fall and winter 2020 edition of the Townsend Traveler.