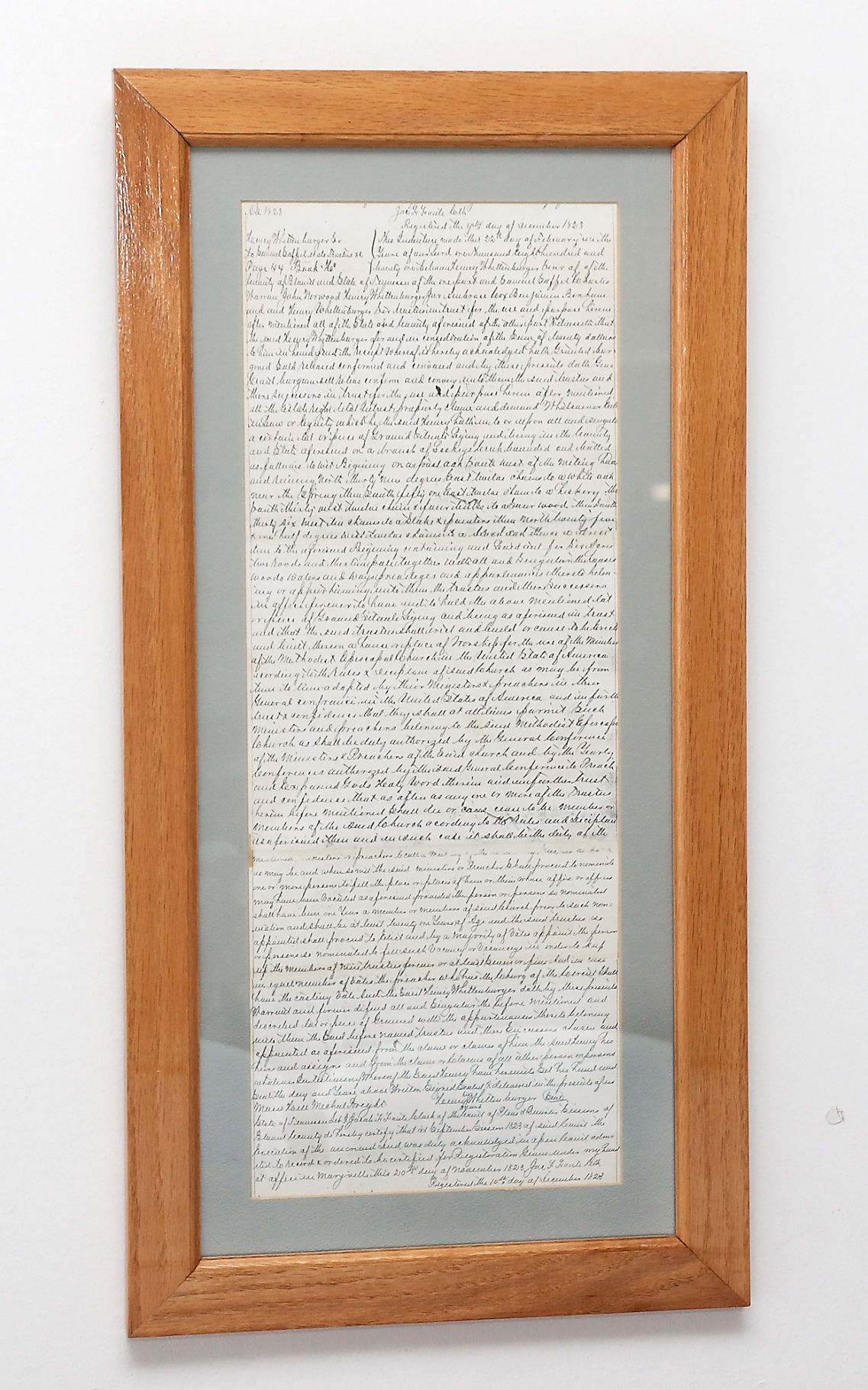 This deed, hanging in the church’s fellowship hall, may be the original property deed for Middlesettlements United Methodist Church, dating to the 1820s. 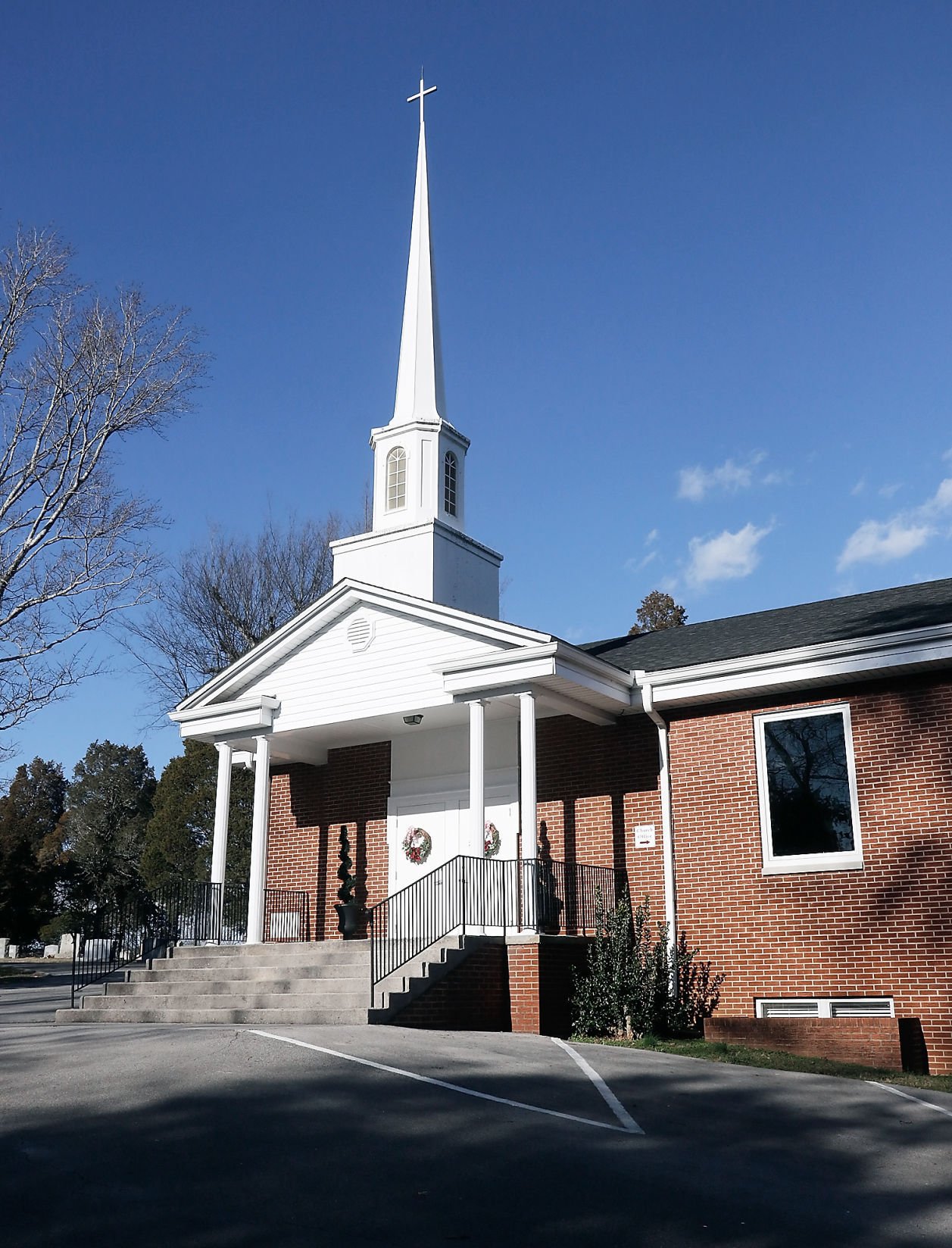 Middsettlements United Methodist Church stands not far from where the church began in the 1790s. 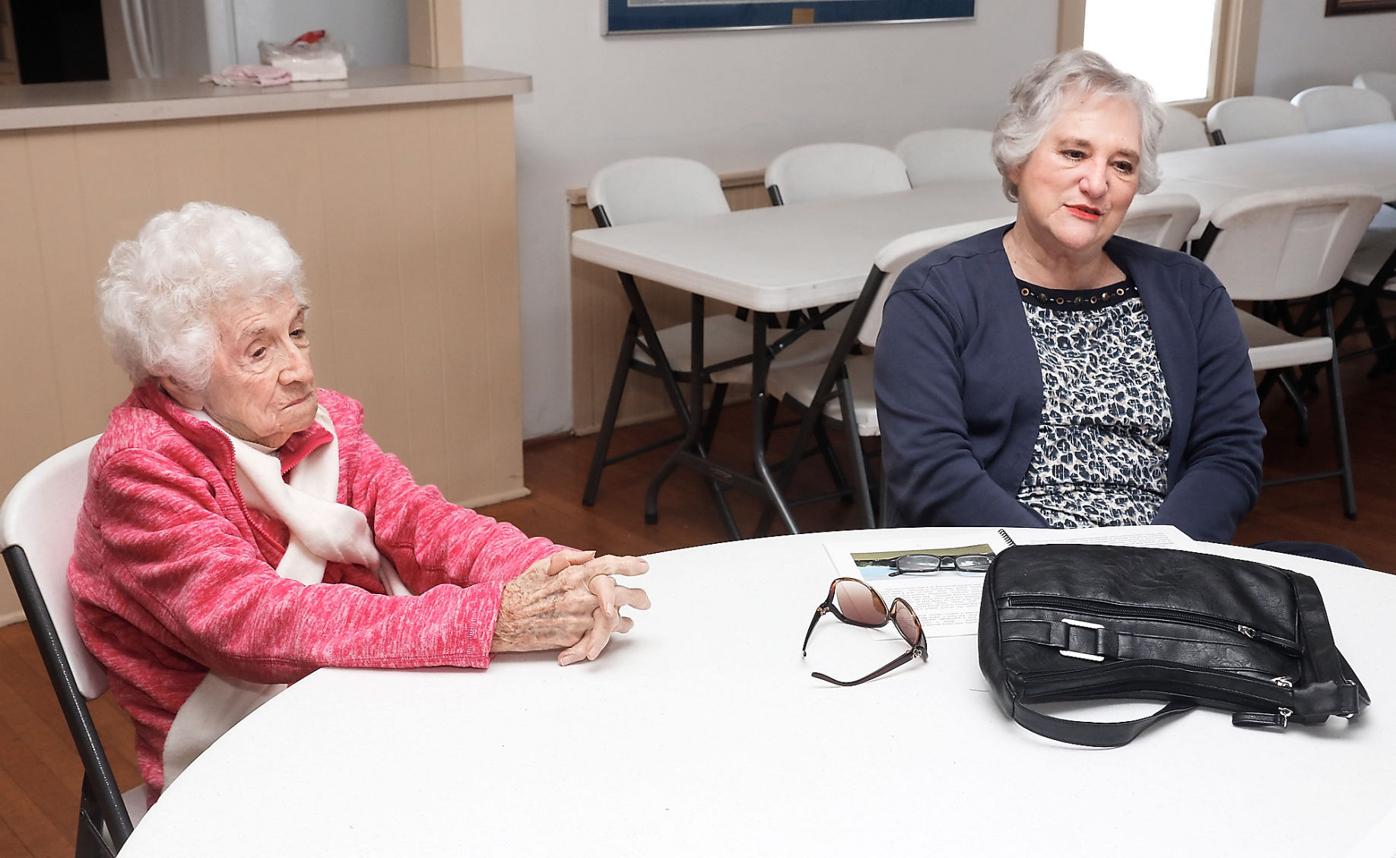 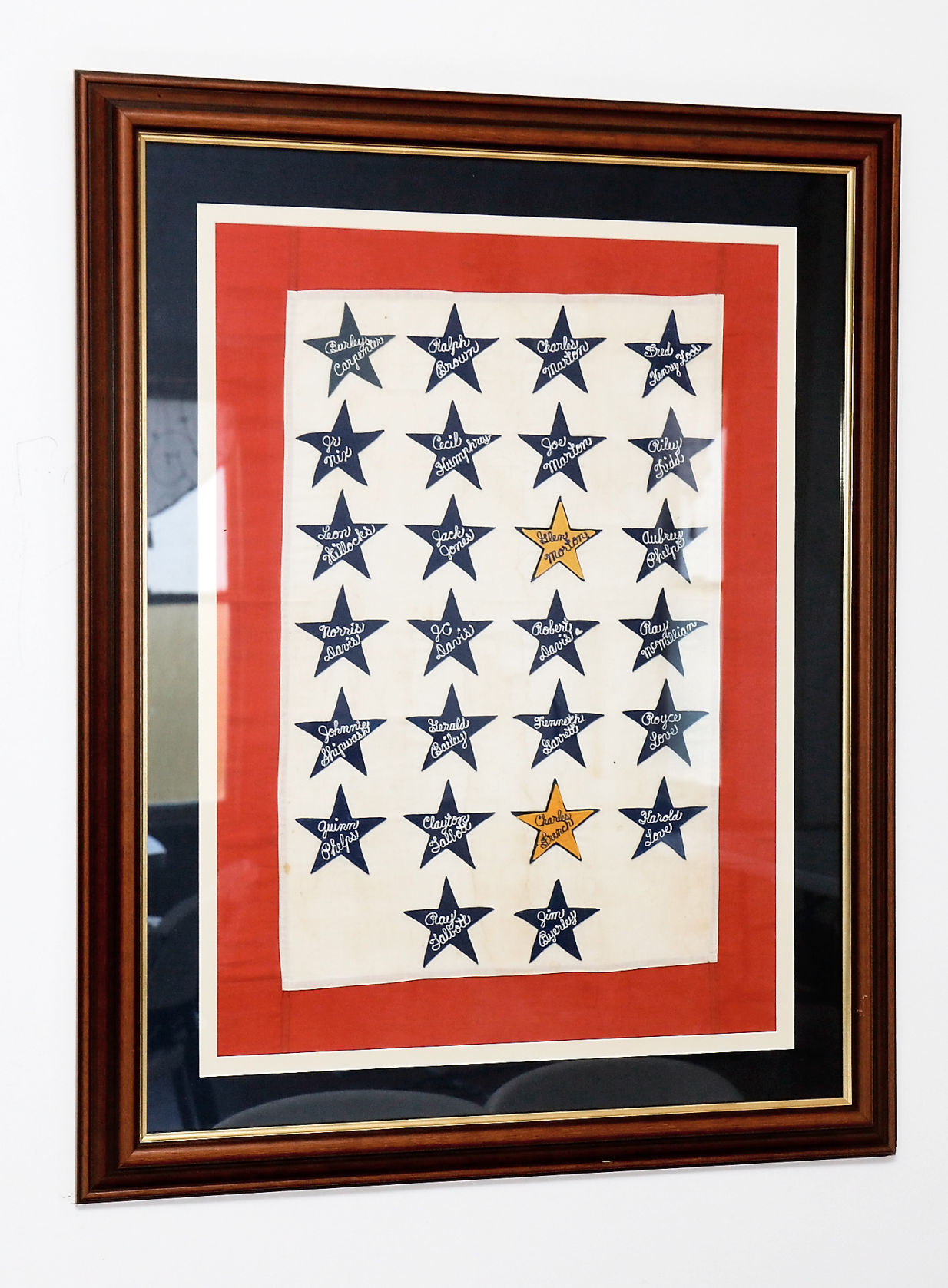 A display of stars with the names of World War II veterans from Middlesettlements United Methodist Church hangs on the wall in the fellowship room. 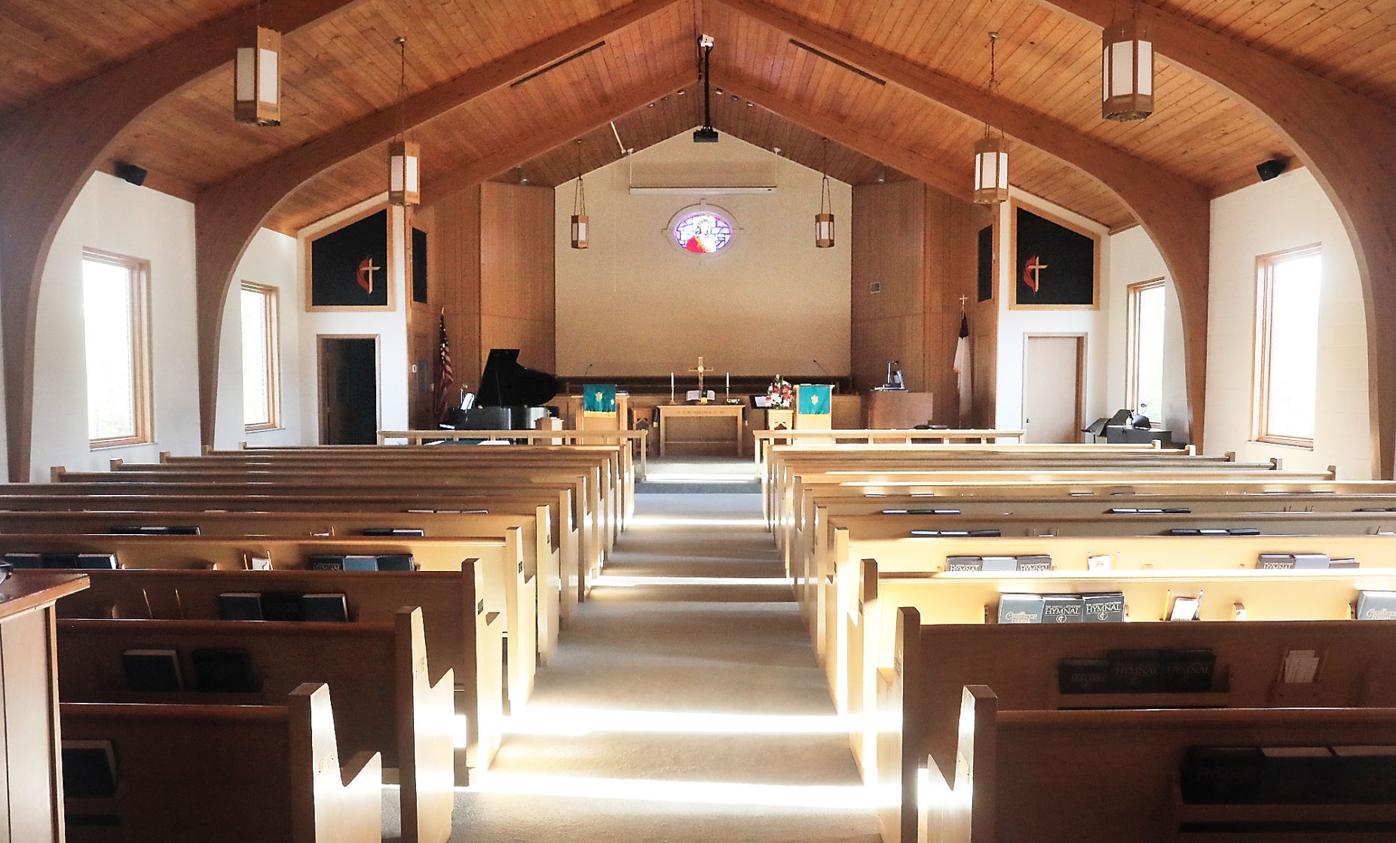 The current sanctuary of Middlesettlements United Methodist Church was built in the 1960s. 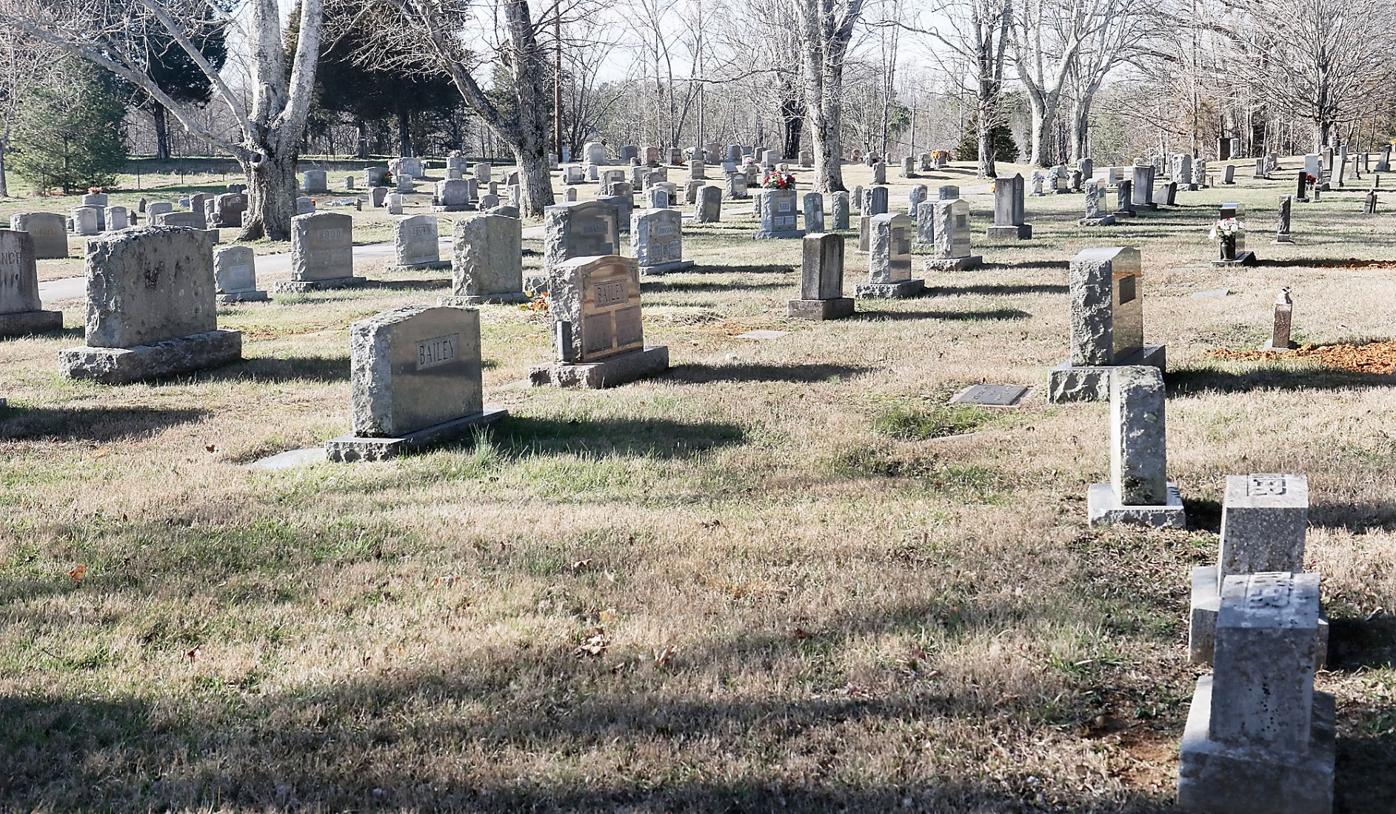 The cemetery at Middlesettlements United Methodist Church has generations of members. 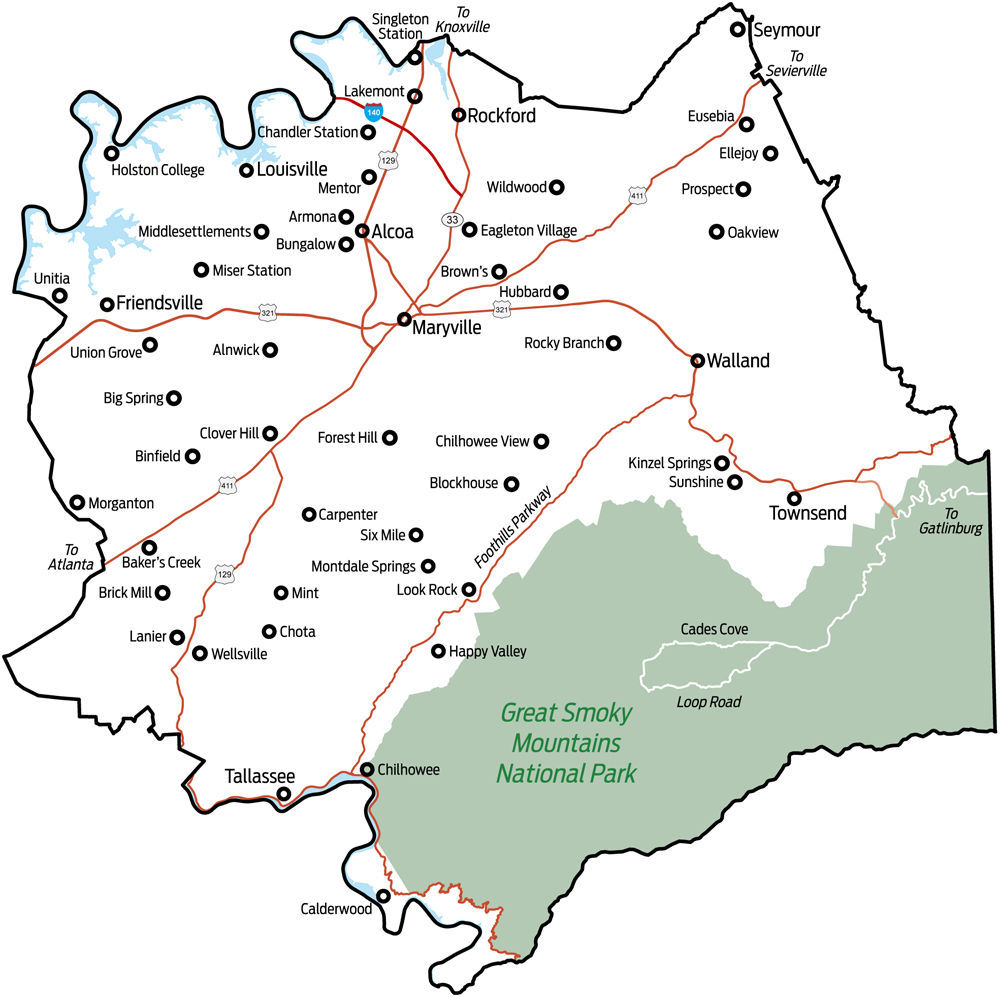 This map shows the various communities of Blount County.

This deed, hanging in the church’s fellowship hall, may be the original property deed for Middlesettlements United Methodist Church, dating to the 1820s.

Middsettlements United Methodist Church stands not far from where the church began in the 1790s.

A display of stars with the names of World War II veterans from Middlesettlements United Methodist Church hangs on the wall in the fellowship room.

The current sanctuary of Middlesettlements United Methodist Church was built in the 1960s.

The cemetery at Middlesettlements United Methodist Church has generations of members.

This map shows the various communities of Blount County.

The history of Blount County’s Middlesettlements community closely parallels the history of its first church, a Methodist outpost founded in an era when the faithful waited sometimes months for circuit-riding preachers to visit their wilderness congregations.

Indeed, Middlesettlements UMC’s is a long and distinguished history, one in which the congregation takes pride. The church now has three appointed historians, one of whom, Brenda Clemens, has authored a booklet entitled, “A History of Middlesettlements United Methodist Church: 1796 to 2012.”

“Our cemetery is a very interesting place, if you take a walk through it,” says Clemens. “My husband’s side of the family is buried there, and just among his family members there’s a Revolutionary War veteran and a Civil War veteran.

“The earliest marked grave on the grounds dates to 1815, although we’re pretty sure that several of the unmarked graves date back even earlier than that.”

According to Clemens, it’s believed that white homesteaders began settling in the community in some numbers following the Treaty of Dumplin Creek, signed by territorial Gov. William Blount with the Cherokee Indians in 1785. The name “Middlesettlements” was likely taken from the names given to the geographic divisions of the Cherokee Nation: the Low Towns, the Overhill Towns and the Middlesettlements.

Around the same time the treaty was signed, Methodism had moved into East Tennessee, the first Methodist Episcopal Church in the region having been established near Kingsport in 1786. Early frontier Methodist churches were overseen by so-called “circuit riders” — traveling preachers who served several churches, visiting different congregations by turns over a period of weeks, or even months.

The circuit rider for the region that included Middlesettlements — dubbed the Holston Circuit — was the Rev. William Burke. Clemens says Burke probably first met with members of what would become the church’s congregation sometime in the early 1790s, in a ramshackle shed not far from Wells Station, the fort that served as the community hub.

Then, in 1796, members of the fledgling church decided they wanted a home of their own, and built the first building to house what became Middlesettlements Methodist Episcopal Church, a log structure, also in close proximity to Wells Station.

“In those early days, the circuit riders might travel all over the Southeast,” Clemens says. “Their individual congregations might only see them every two or three months. Those men were planters of churches, helping to build churches in areas that didn’t have one.”

Historical records related to Middlesettlements through the first half of the 19th century are sketchy, Clemens says. It is known, however, that Bishop Francis Asbury preached in Middlesettlements in 1818, probably at the church, a historic occasion commemorated now by a plaque on the U.S. Highway 129 bypass. (Asbury was ordained by Thomas Coke, who was ordained by the Church of England, and both were elected and consecrated as the first bishops to America in 1784.)

Also circa 1820, the church purchased a deed to its land, paying a man named Henry Wittenberg $20 for a six-acre parcel. A deed, possibly the original, hangs in the fellowship hall of the church today.

By that time, Blount County, largely a Union stronghold, had nearly a dozen Methodist churches, with those that separated eventually rejoining the Methodist Episcopal Church. “Those were uncomfortable times,” Clemens says. “This was mostly a Union area, but there were still plenty of Confederate sympathizers.”

Clemens says the divide was in some ways more pronounced after the Civil War ended in 1865. Some Methodist churches in the region were claimed by both branches, and members often saw two preachers appointed to the same church.

At Middlesettlements, a few Southern sympathizers broke with the church immediately after the war, forming what would become Saint Marks Methodist Episcopal Church, South, in Louisville.

But some of the Southern faction remained. A series of personal letters from a Middlesettlements church member Jared Mead, dating from the 1880s, shows that Northern and Southern branches agreed to sharing rights to the church in 1875. The two factions sealed their agreement by collaborating on long-needed church repairs in 1876.

The 20th century brought more upheavals. Congregants built a new church in 1915, not far from the previous building. But that building burned in 1927 — community members, who saw the flames from afar, rushed to the scene, and were able to save a few pews, the piano, and the church bell, which still hangs in the front of the building as it stands today. After the fire, members moved quickly, rebuilding the church yet again in 1928.

Already having served as a spiritual home for veterans of both the Revolutionary and Civil wars, Middlesettlements saw several members go away to fight in the world wars of the 20th century. There’s a plaque hanging now in the fellowship hall that holds 26 stars, 24 blue and two gold.

Perhaps even more notably, the 1970s saw Middlesettlements slowly move toward having its own parsonage. Even in the late 20th century, many Methodist churches were still served by modern-day circuit preachers, and the dawn of the decade saw Middlesettlements on a “charge,” as it is called, that included four other churches.

That number was winnowed to one other, Union Grove United Methodist Church, by decade’s end. And in 1979, Middlesettlements members voted by a narrow margin to separate from Union Grove and become a solo “station” church, with the Rev. Frank Snavely as pastor.

So what does this longstanding institution — with its 220-plus-year history — mean to the community it serves? Clemens answers that question in two ways — first as a historian, and then as a member who has enjoyed the fellowship of its congregation since 1982.

“When you go back to those early days, the churches in these communities were the social hubs, the religious hubs, the family centers,” she says.

“Looking at it from my point of view, I’d say this: Since I’ve been a member here, I’ve lost all of my family to death, including my husband. As those people died, this church became my family. If you took these people away, I would feel a huge loss. I would be a spiritual orphan, as well as an actual one.”

MIke Gibson was a cops beat reporter at The Daily Times.