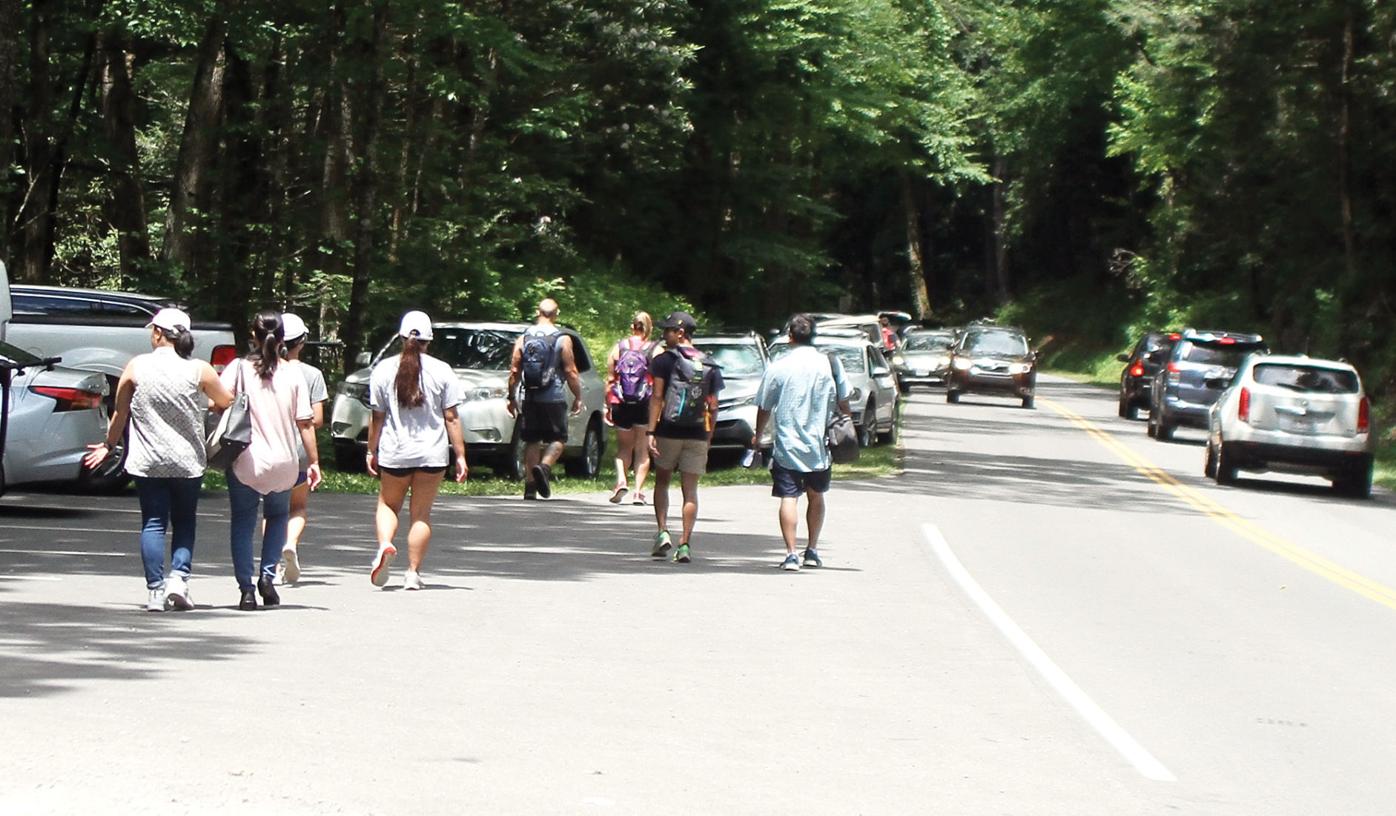 Visitors walk down Laurel Creek Road to Cades Cove in 2020 after the parking lots filled up. 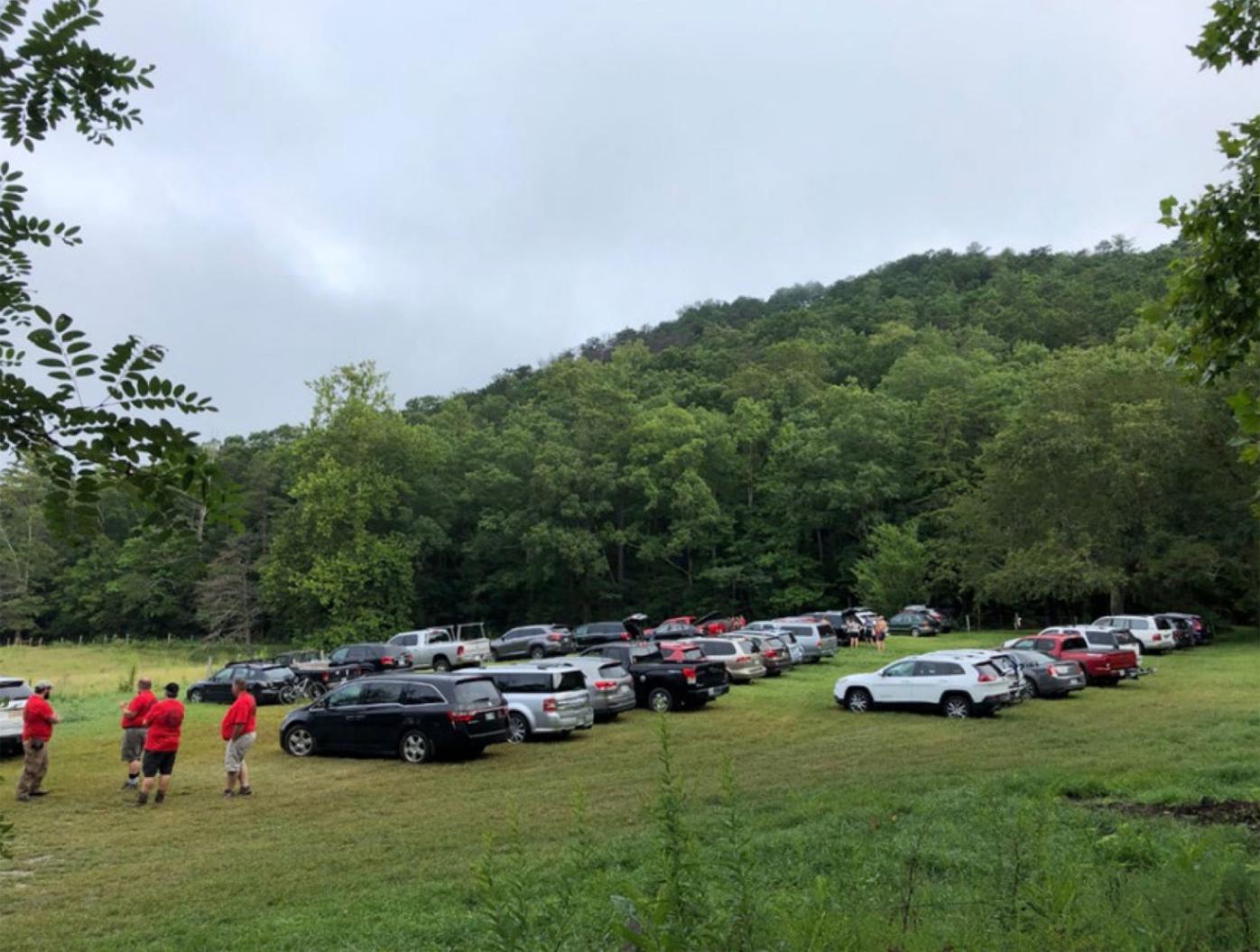 Cars parked in overflow at Cades Cove in 2020 are evidence of the scenic attraction’s growing popularity.

Visitors walk down Laurel Creek Road to Cades Cove in 2020 after the parking lots filled up.

Cars parked in overflow at Cades Cove in 2020 are evidence of the scenic attraction’s growing popularity.

Great Smoky Mountains National Park had a big year in 2020 with nearly 12.1 million visitors despite being closed for more than a month during the heat of COVID-19.

Park data also shows there was a 2.1% increase in visitors through the Townsend entrance in 2020, something neither of the other big entrances at Gatlinburg and Oconaluftee experienced. Both saw decreases of 6.5% and 11%, respectively.

Outlying areas saw an increase in visitors of only 0.9%.

Though other entrances see millions more visitors than Townsend each year, it’s clear the “peaceful side of the Smokies” is facing a surge in interest, especially during a moment when more urban areas are somewhat stricter about COVID regulations.

But area tourism leaders point to better traffic conditions and a variety of accommodation options as the biggest perks of coming to the park through Townsend.

“With less traffic on our side of the Smokies, people can access the mountains in less time and enjoy their vacation with less congestion and time constraints found at the other entrances,” Blount Partnership Tourism Director Kim Mitchell said.

But she also pointed to something Townsend leaders have been celebrating since summer 2020 — the small city’s booming economy.

“One of the things numbers indicate is that Townsend may not feel the same negative economic challenges that cities like Nashville experience during rough economic or even pandemic situations,” Mitchell said. “Townsend is a very drivable market — it’s within a day’s drive of 60% of the U.S. population. (It’s also) affordable and family friendly, and relates well during difficult times when other destinations might see a downturn of visitors.”

This year will be no exception if tourism officials’ predictions hold. “We expect for 2021 to be much like 2020,” Mitchell said, because “travelers are still leery of flying and visiting overcrowded destinations.”

That’s one downside to increased tourism, trumpeted by GSMNP officials throughout 2020: crowding.

A slew of visitors may be good for business, but is it healthy for nature?

Not so much, park officials suggest.

Parking at Blount’s Cades Cove — which sees an estimated 2 million visitors drive its Loop Road every year — is getting more chaotic by the season, and park officials sent out multiple press releases trying to get the public involved in feedback on how to simultaneously improve visitor experiences and protect the park.

“Congestion at the most visited park in the nation is complex, but we believe by working together, we can find solutions that help us continue to protect the park and provide better experiences for millions of visitors,” Park Superintendent Cassius Cash said last October.

Currently, the park is experimenting with no-vehicle Wednesdays at the cove, allowing the jewel to be fumes free one day a week.

Since 2009, annual visitation to the Smokies has increased by 32%, resulting in what park officials described in late 2020 as “congested roadways, overflowing parking lots, roadside soil erosion, vegetation trampling, and long lines at restrooms and visitor center facilities.”

So, though 2021 has the potential to be another record-breaking year, it could also be a watershed moment for park officials and visitors alike as they grapple with a locale that is as vulnerable as it is popular.