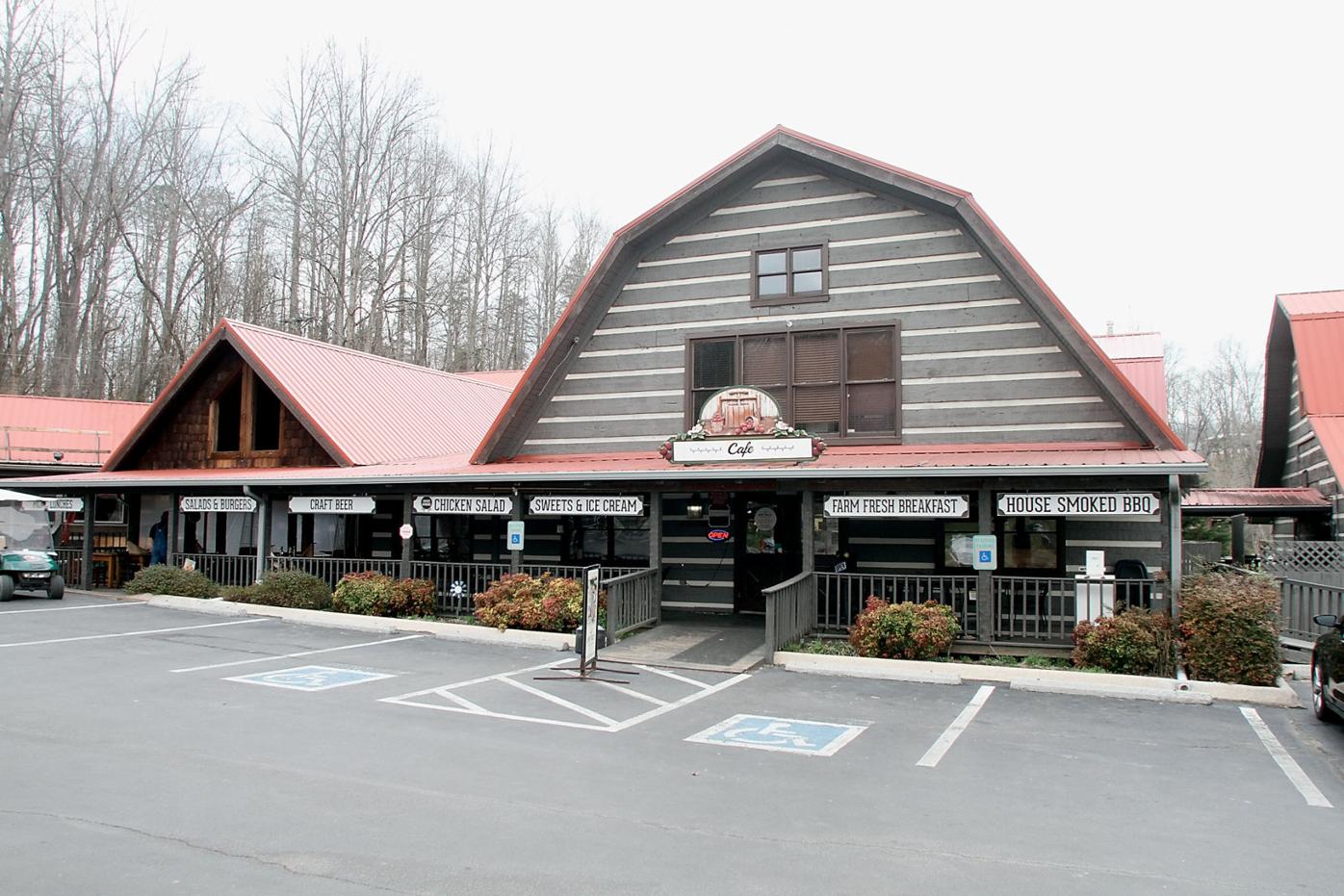 Apple Valley Café at Apple Valley Mountain Village is one of many businesses owned by Mark Oldham. Now, Oldham plans to expand his company’s footprint in the peaceful side of the Smokies with a craft kitchen near the IGA. 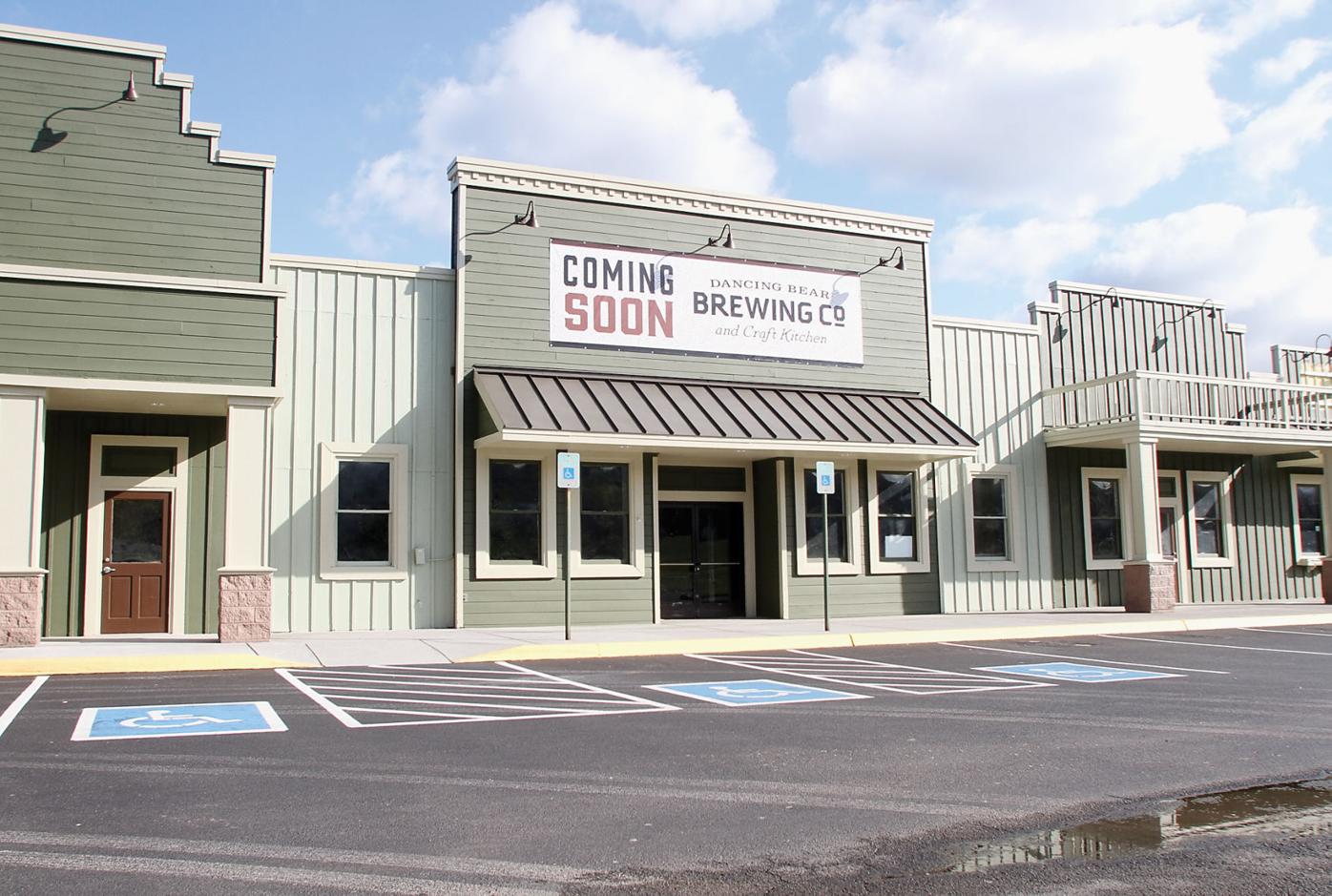 Mark Oldham’s Dancing Bear Brewing Co. and Craft Kitchen is set to open in the near future at the small strip next to Townsend’s IGA Village Market.

Apple Valley Café at Apple Valley Mountain Village is one of many businesses owned by Mark Oldham. Now, Oldham plans to expand his company’s footprint in the peaceful side of the Smokies with a craft kitchen near the IGA.

Mark Oldham’s Dancing Bear Brewing Co. and Craft Kitchen is set to open in the near future at the small strip next to Townsend’s IGA Village Market.

Mark Oldham has a big-picture future ahead of him.

But that’s only the start of what he wants to accomplish in Townsend.

Though fears of ruination haunted him and many other Townsend business owners through the heat of pandemic closures, he decided to buy land anyway.

Specifically, Oldham now owns the Townsend Village Market IGA land, the business space beside it and the grassy lot beside that.

And though he considered becoming just a landlord, he’s decided to expand his Dancing Bear brand there with an eatery and a brewery — he’s calling it Dancing Bear Brewing Co. and Craft Kitchen.

Moreover, he wants to use the open acreage for customers to relax and enjoy a stone-oven pizza and a drink in the so-called “peaceful side of the smokies.”

After Brianna’s Italian Restaurant decided to move to the former Pancake House at 7767 E. Lamar Alexander Parkway and Pizza Hut renewed its lease, Oldham said he had about 96,000 square feet vacant.

“Dancing Bear Craft Kitchen (is) opening in the fall of 2021,” Oldham said, adding that plans for the brewery are still in the works, though he put up a “coming soon” sign at the location mid-March.

“We’re just overall excited about this,” Oldham said, adding, “This is going to be within what we’re trying to do at the Townsend Cades Cove Gateway Alliance: development without any kind of Pigeon Forge or Gatlinburg look or feel.”

Oldham chairs the alliance (known as the TCGA) and said he and other board members have to balance efforts to carefully tailor tourism to Townsend’s commercial needs and its traditional values.

With power comes responsibility and Oldham reflected on the importance of caution in the face of opportunity.

“I don’t know if I can go so far as to say the TCGA is a guiding vision, but I hope we have an influence on some of that, in terms of keeping ... boundaries,” he said. While discussing his own endeavors, Oldham touted the work his neighbors are doing as well.

He pointed to Great Smoky Mountains Heritage Center Executive Director Brent Lambert and leaders with Little Arrow Outdoor Resort as community partners in an effort to maintain that balance between culture and commerce.

A significant part of that balancing act is festivals and events, Townsend’s bread and butter in many ways.

After a year of disappointing cancellations, commercial leaders are excited to reignite festival season with a new event: the Smoky Mountain Bigfoot Festival, set to premiere May 22.

Additionally, the Smoky Mountain Hot Air Balloon Festival returns Aug. 21, a popular event canceled by COVID-19 complications in 2020, but which welcomed more than 3,000 in 2019.

Both these events will be held at the Townsend Visitor Center and its adjacent acreage, which, Oldham noted, the Blount Partnership bought in 2020.

“The land will be utilized to further expand more festivals and parking for them so we can have more people out there,” partnership Communications Director Jeff Muir said.

Now, partnership staff are working with the Tennessee Department of Transportation to improve the Myers Road entrance onto the property.

“God bless them, festival time has been a very inconvenient thing for people living on Myers Road,” Muir said.

He said though the Bigfoot Festival would have its hub at the visitor center, events would be spread throughout the city.

Between festivals and growing business opportunities, both Muir and Oldham said they expected Townsend businesses and events to be buzzing during peak summer and fall seasons.

“There are only two things certain in life, and you know what they are,” Oldham said with a laugh. “But it looks like barring anything else that might come down the pipe unexpectedly, that this is going to be the best year that we’ve ever had, everybody down here.”

WHAT: A new Dancing Bear-brand restaurant