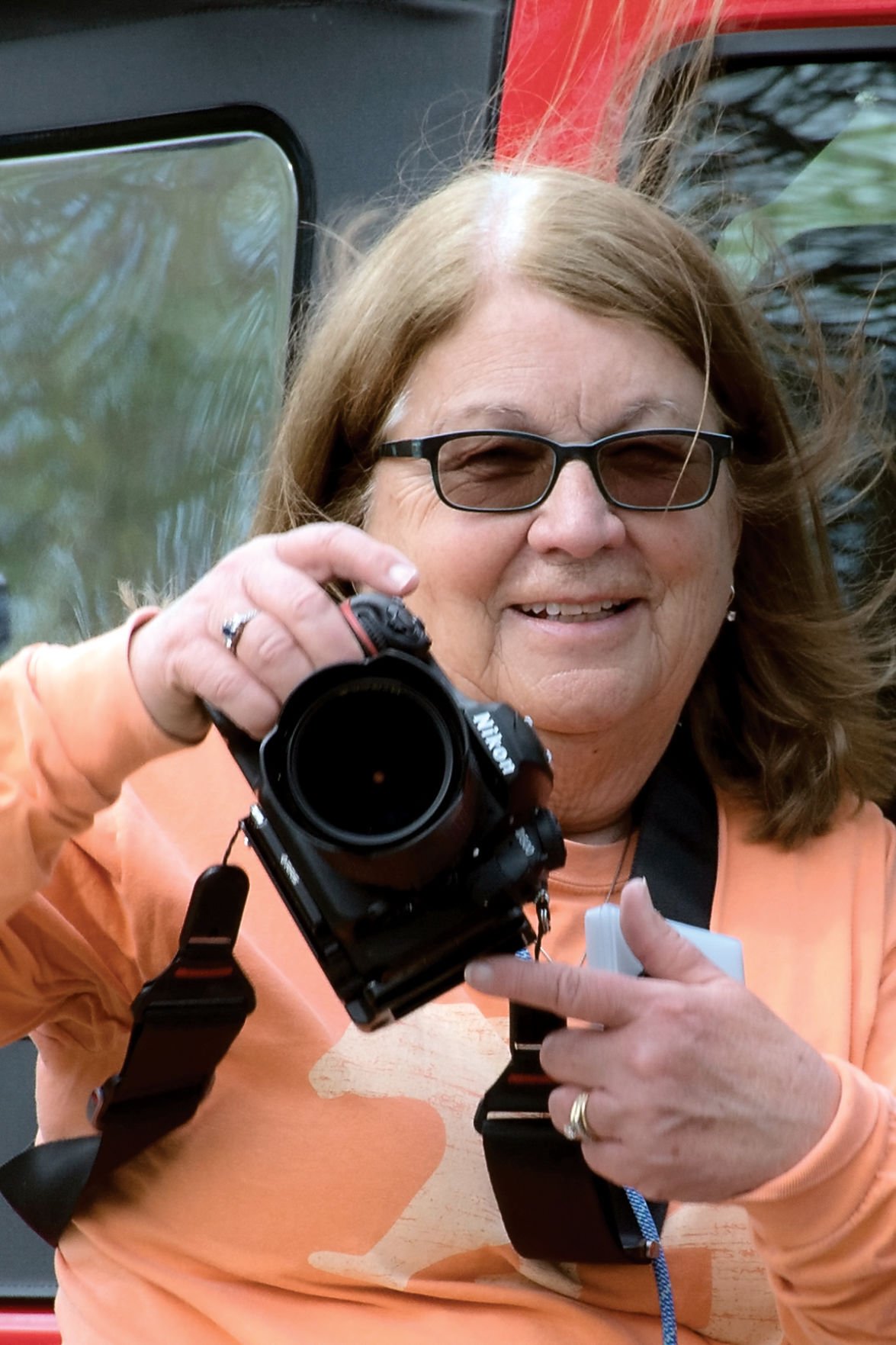 Sandy Vandenberg often can be seen with her Nikon, ready to take photographs of whatever she encounters on a walk in the woods, the park or her own yard. 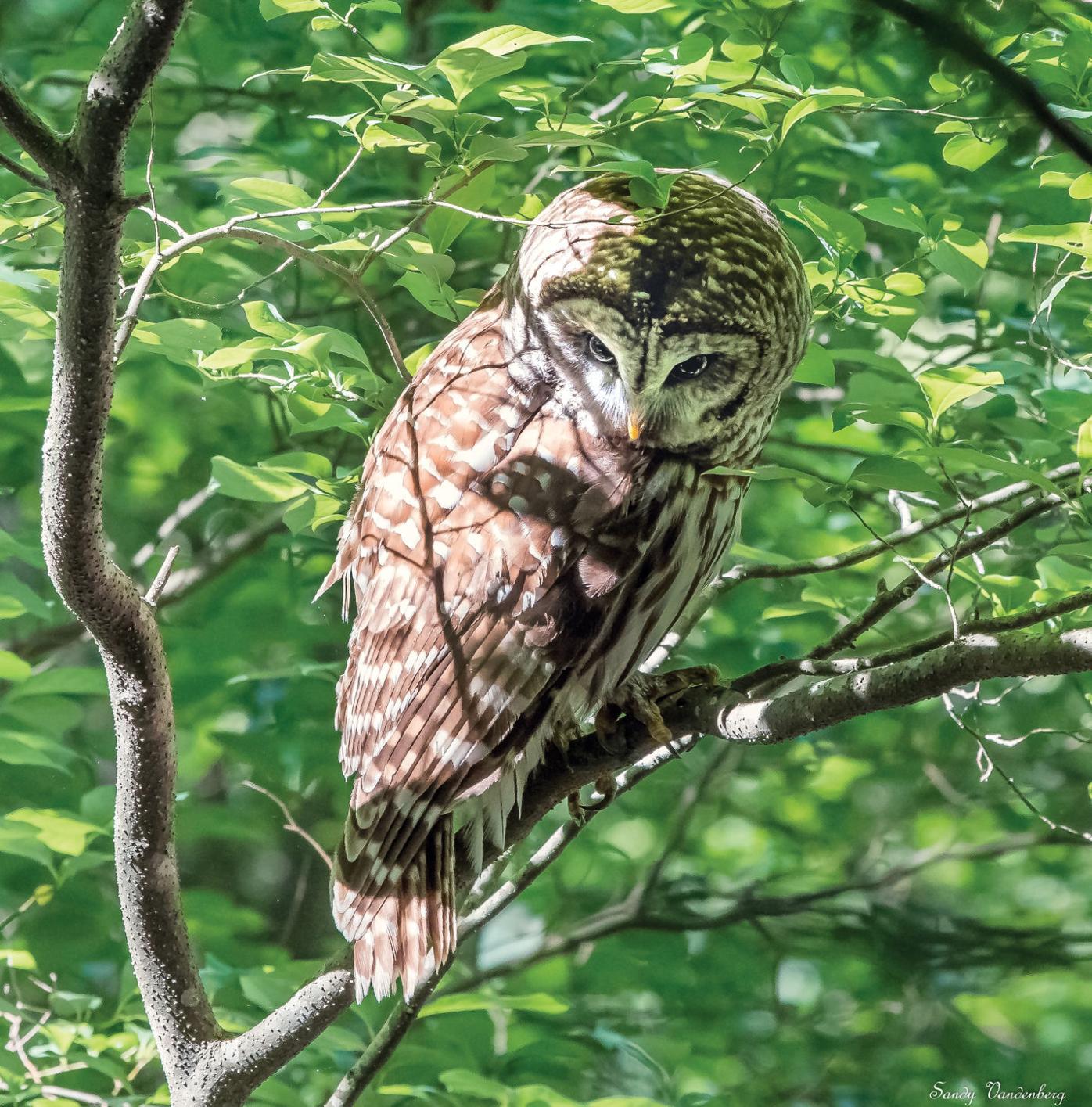 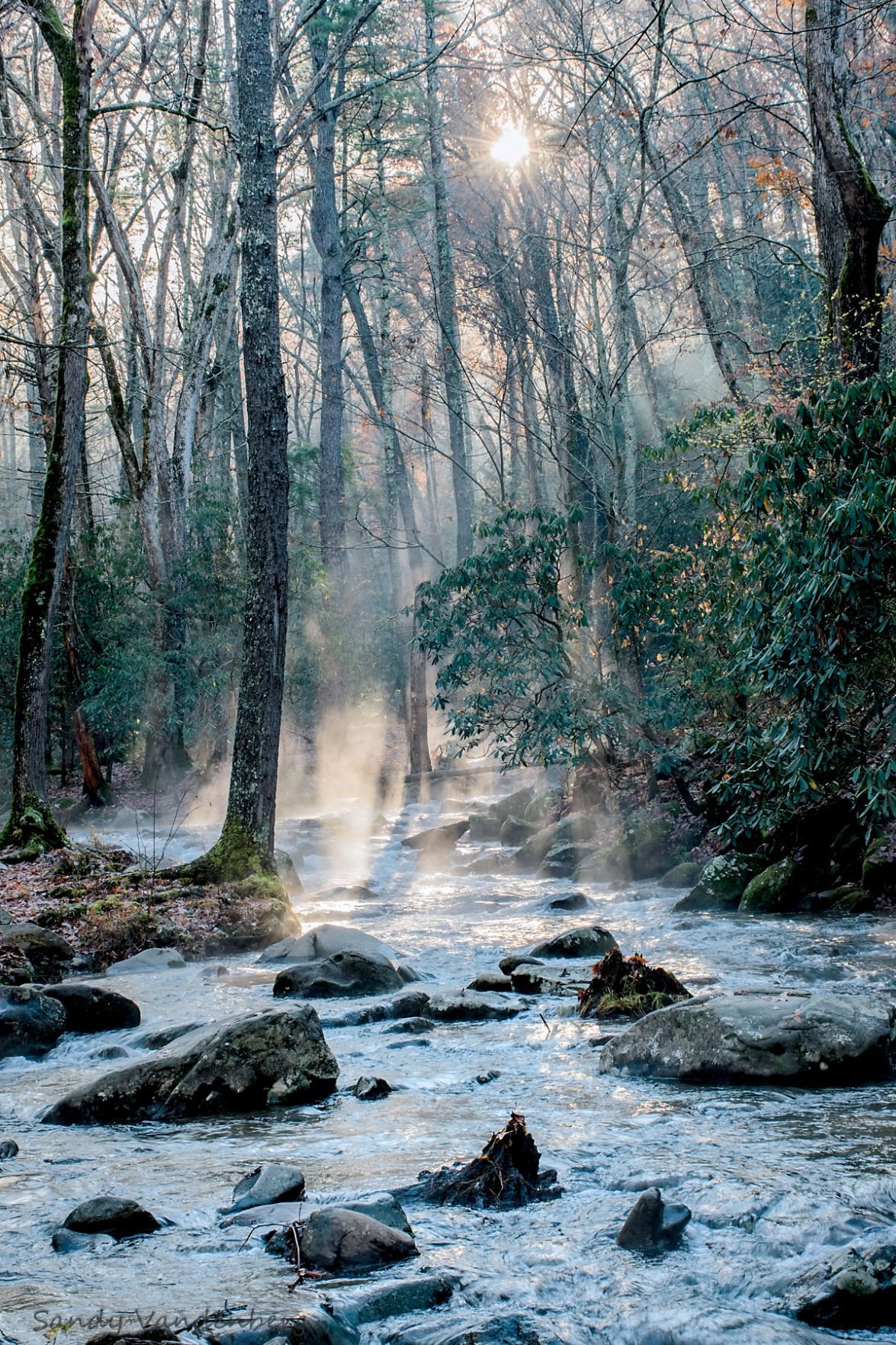 The rays of sun striking the stream through leafless trees capture a quiet time of year in the Smokies. 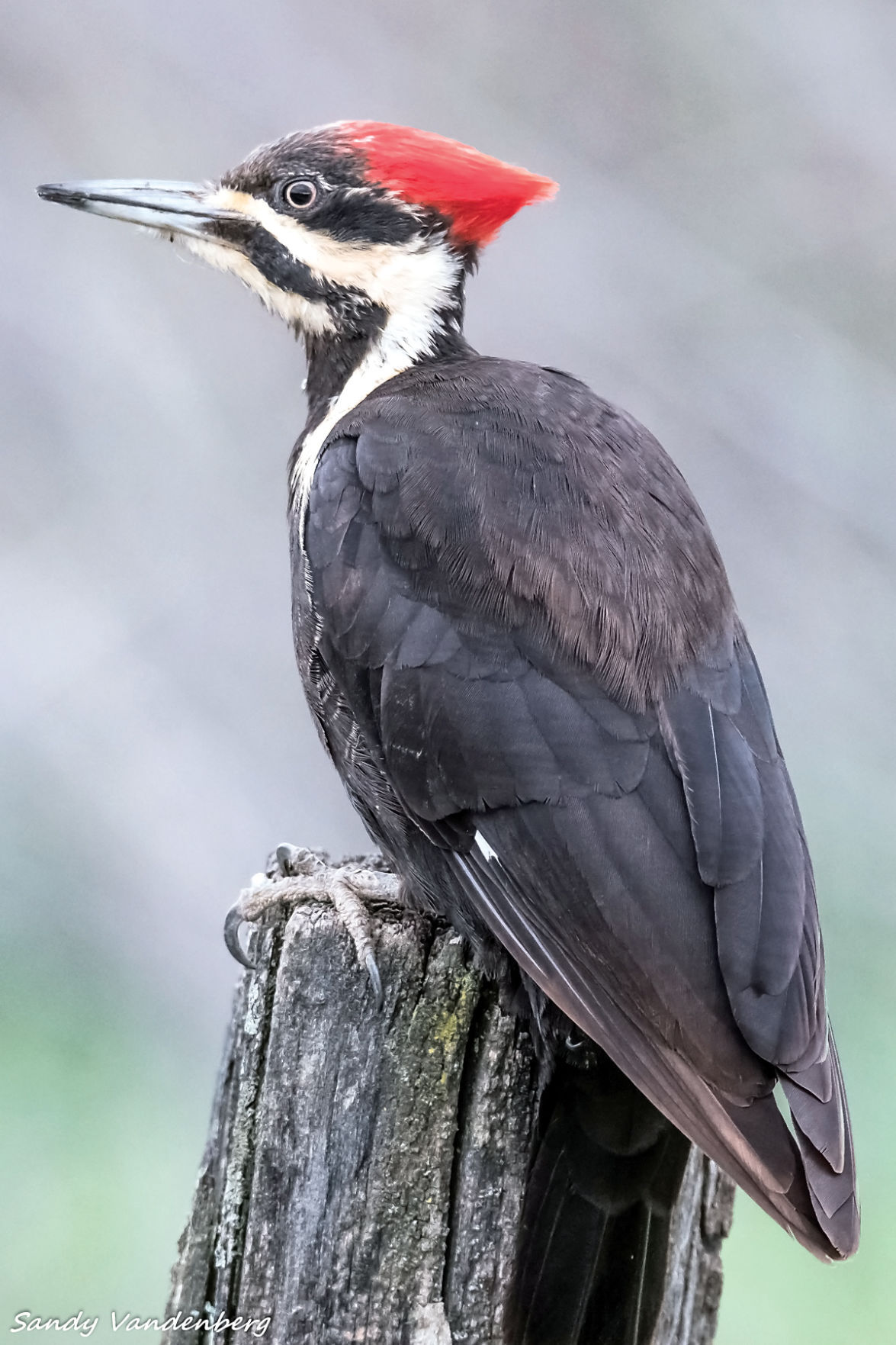 Photos Sandy Vandenberg shoots, like this one of a woodpecker, are shared on social media with family and friends. 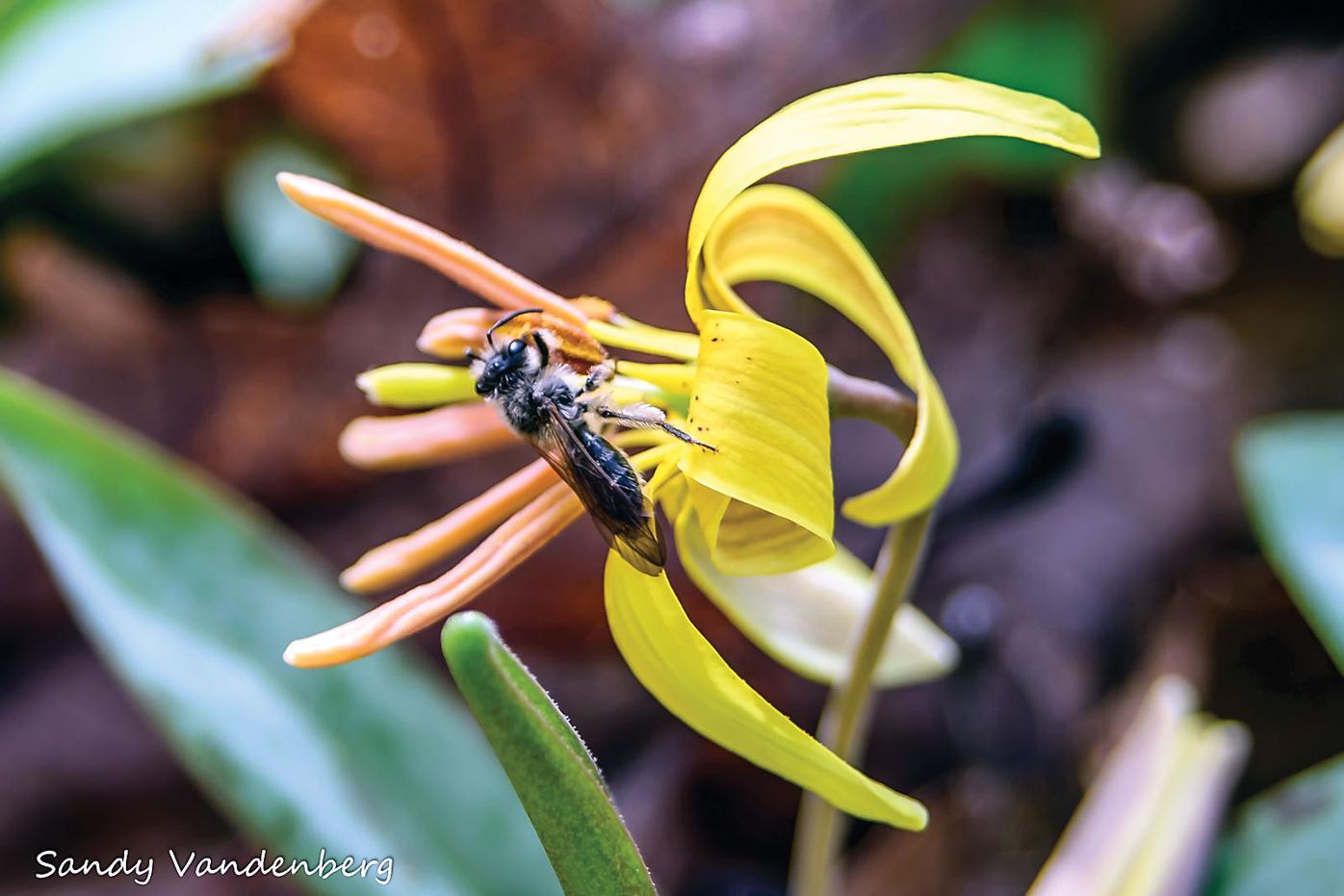 Sometimes Sandy Vanderberg sits for hours to get the right light for a photograph. Sometimes they just happen right before her eyes. 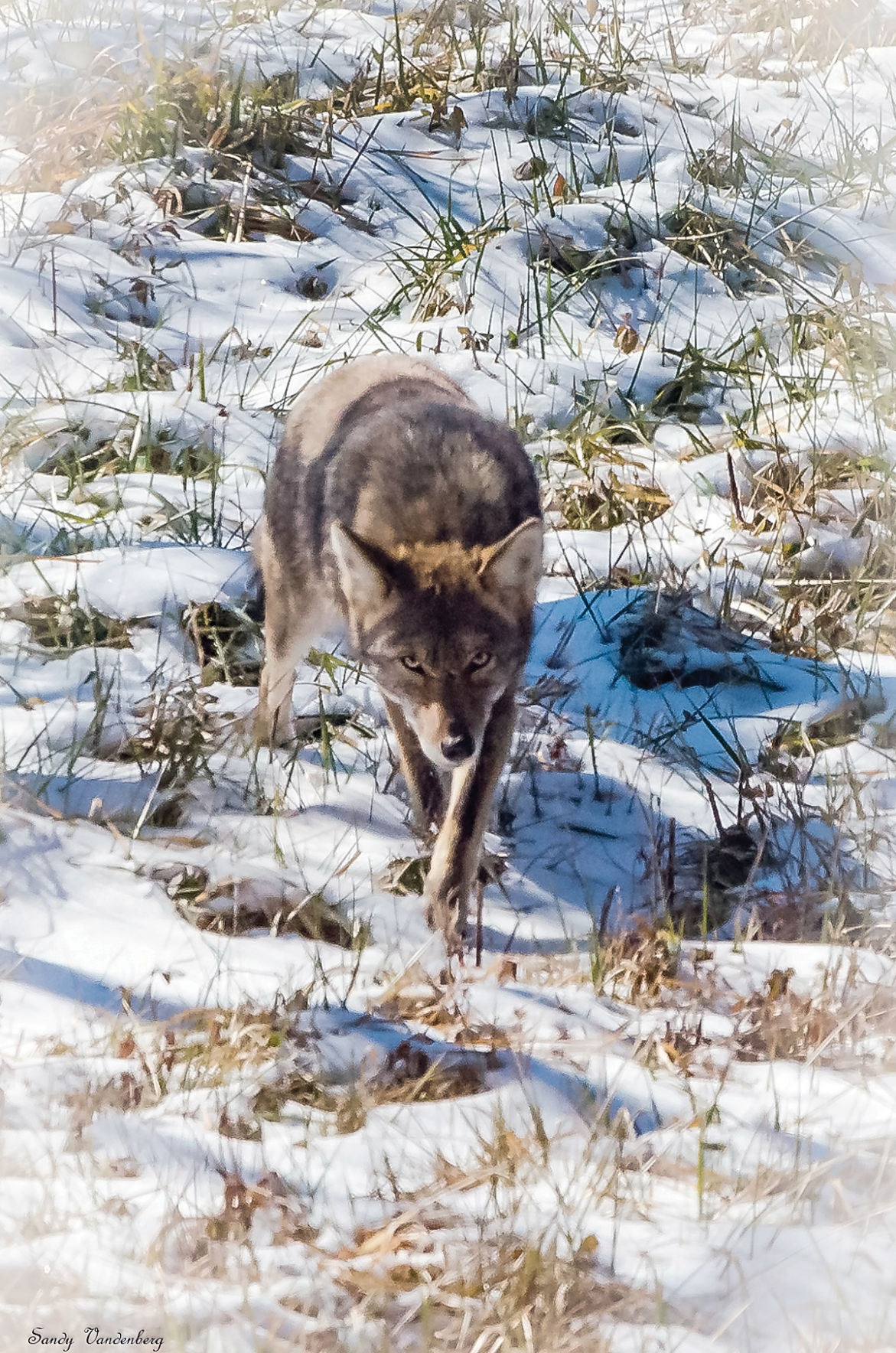 This photograph of a coyote was taken by Sandy Vandenberg. She just sat and waited for the wild animal to show up in a field. 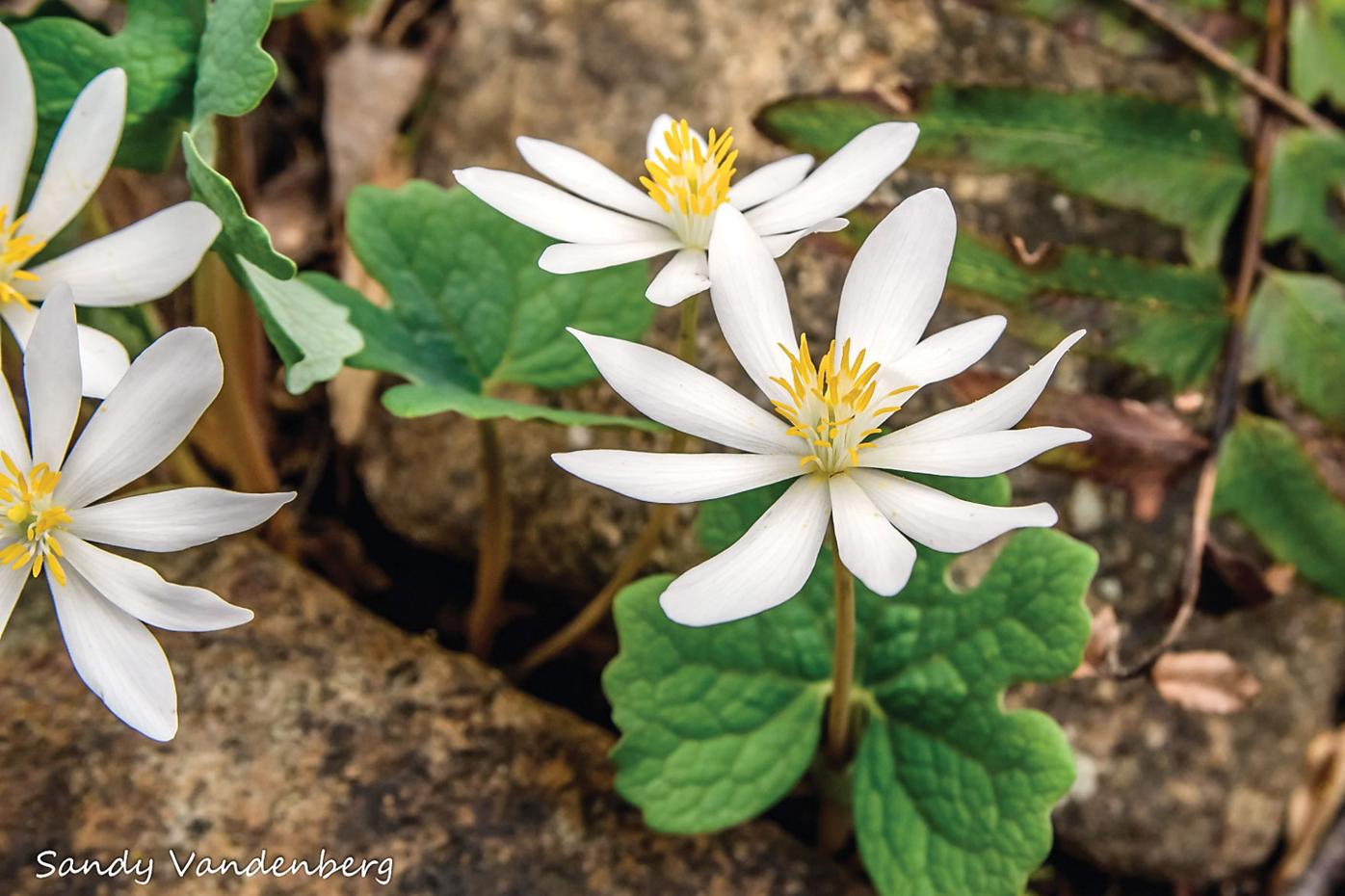 Sandy Vandenberg often can be seen with her Nikon, ready to take photographs of whatever she encounters on a walk in the woods, the park or her own yard.

The rays of sun striking the stream through leafless trees capture a quiet time of year in the Smokies.

Photos Sandy Vandenberg shoots, like this one of a woodpecker, are shared on social media with family and friends.

Sometimes Sandy Vanderberg sits for hours to get the right light for a photograph. Sometimes they just happen right before her eyes.

This photograph of a coyote was taken by Sandy Vandenberg. She just sat and waited for the wild animal to show up in a field.

Cades Cove, Tremont, Elkmont, Clingmans Dome and Andrews Bald — each spot on a map of Great Smoky Mountains National Park is a place where Sandy Johnson Vandenberg connects with nature.

The Maryville resident since 1973 has documented much of what she sees there through the lens of her Nikon. The retired real estate agent has, for the past 15 years, spent multiple days a week in the national park, in weather good and bad, seeking out solace and the scenery not often seen from behind the wheel of a car.

When she first started in photography, cameras used film that had to be developed, a time-consuming process. Vandenberg took a course at Maryville College in the 1980s to learn to do it all. She has boxes and boxes of photographs from those days to prove it. Her first subjects as a young person were pets, family and local scenery.

But these days, her digital Nikon affords her the luxury of seeing her photos develop before her eyes, and she shares them with her many friends on social media. A member of the Mountain Laurel Garden Club, she can identify much of what she sees and photographs in the mountains and helps others do the same.

“I am definitely not an expert,” she wants everyone to know. She is, however, someone who puts in the time to make the end result something we all wish we had come upon.

Like, for instance, a photo of a coyote she was able to get recently as she sat in a field — for hours, still and waiting.

“Usually, if you just sit someplace, the wildlife will come to you,” the amateur photographer said. “It takes a lot of patience to get good pictures. I got a really good one of a coyote once. I just sat out in the field and he just starting hunting. He knew I was there. He would turn and look at me and was showing me his catch. Then he would eat it and go back hunting.”

Despite spending three to four days a week in the national park, there are still things on her bucket list, like seeing a bobcat and getting a good photo of a fox. She said she heard a bobcat once, but didn’t realize at the time what it was and didn’t see it.

She’s seen her share of bears but knows not to intrude in their spaces. Vandenberg said for her, a trip to GSMNP isn’t just about seeing the huge black bears or wild hogs and deer. There is so much more to take in.

“I like anything,” she said. “If there is a spiderweb with dewdrops on it, I am out of the car. It’s the same for butterflies or bees or just about anything.”

The busy tourist season is upon us for Townsend and other towns close to the mountains. But Vandenberg said she enjoys the times of year most don’t, and that includes winter.

“I love it because there aren’t that many people around,” she said. “If it starts snowing and the roads aren’t going to get bad, I take off immediately for the mountains.”

But ask her to choose a favorite season, and she can’t. Every season has its beauty, she explained.

Her tips for others hoping to capture nature’s glory through a lens includes choosing the right time of day. She prefers early morning or early afternoon for lighting. She said cloudy days can be the best.

But, she also knows from experience that time won’t stand still while you get yourself and your gear into place; you have to be ready.

“If you see something and the lighting is good, don’t drive down the road, turn around and come back,” she said. “Pull over and take the shot because the lighting changes too quick. I have learned that a million times. It might look like you are seeing it for just a minute.”

In addition to shooting photos of plenty of bears, deer and coyotes, Vandenberg also has gotten shots of screech owls and a barred owl in Cades Cove. The gray horned owl has been one of her subjects along with baby screech owls and eagles. Not all were in the national park. It seems she takes her camera everywhere.

Her favorite bear moment came one Mother’s Day. She was in the park with her son and had mentioned how awesome it would be to see a momma bear and her cubs.

“About that time, a mother bear and her three cubs walked out of the road and stayed in our sight for 15 minutes or so,” she said.

In fact, it can be hard to catch Vandenberg at home. When she’s there, she’s making her own landscape look like something leaping out from a canvas. She has planted hundreds of daffodils at her Maryville home over the past decades.

Last year, Vandenberg spent a lot of time alone in the national park, mostly Cades Cove, since the pandemic kept people home. Now that many people are getting vaccinated, Vandenberg hopes to rejoin her circle of friends who just want to walk in the wild.

As for her ranking of East Tennessee’s beauty, there are few locations more majestic, Vandenberg will tell you. This area is right up there with Maui, Hawaii, she said.

Some days Vandenberg tells herself she will just stay home and get chores done or rest easy; then the calling comes.

“Then I decide at the last minute and just go,” she said.